As for the handle length, I think the exact length of the exposed tube is in debate, it typically ranges between 8-1/4" and 8-3/4". You're in that range, so I think the trick at this point is just figuring out the placement. About an inch from the RIB and about 3/4" from the back of the pipe should be the sweet spot. 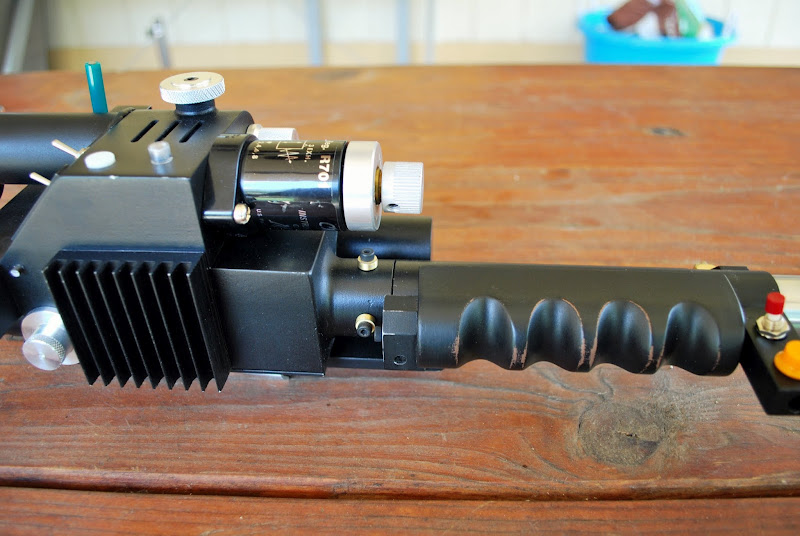 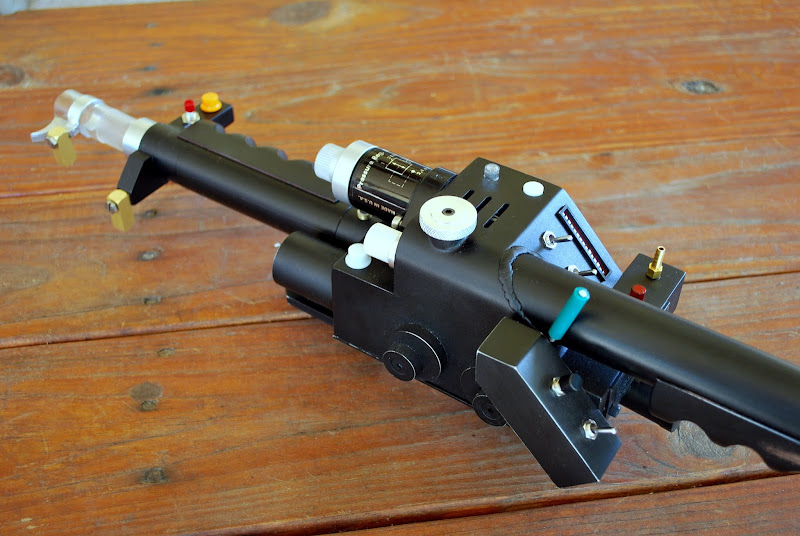 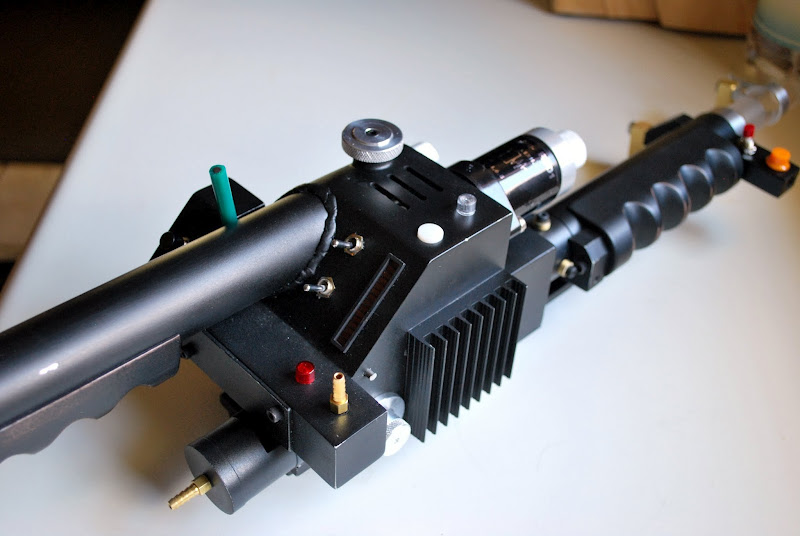 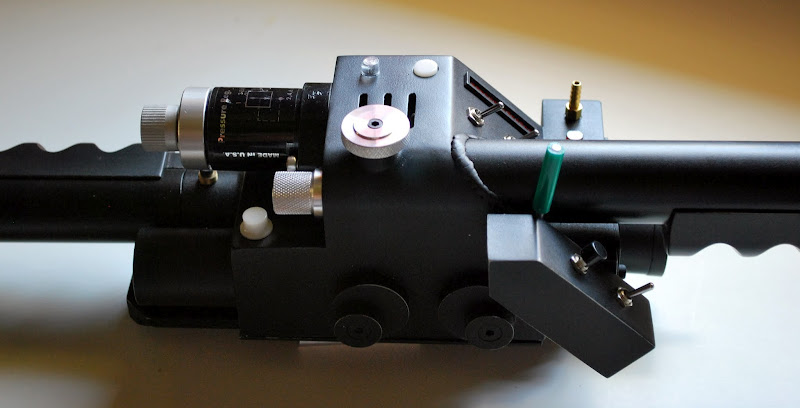 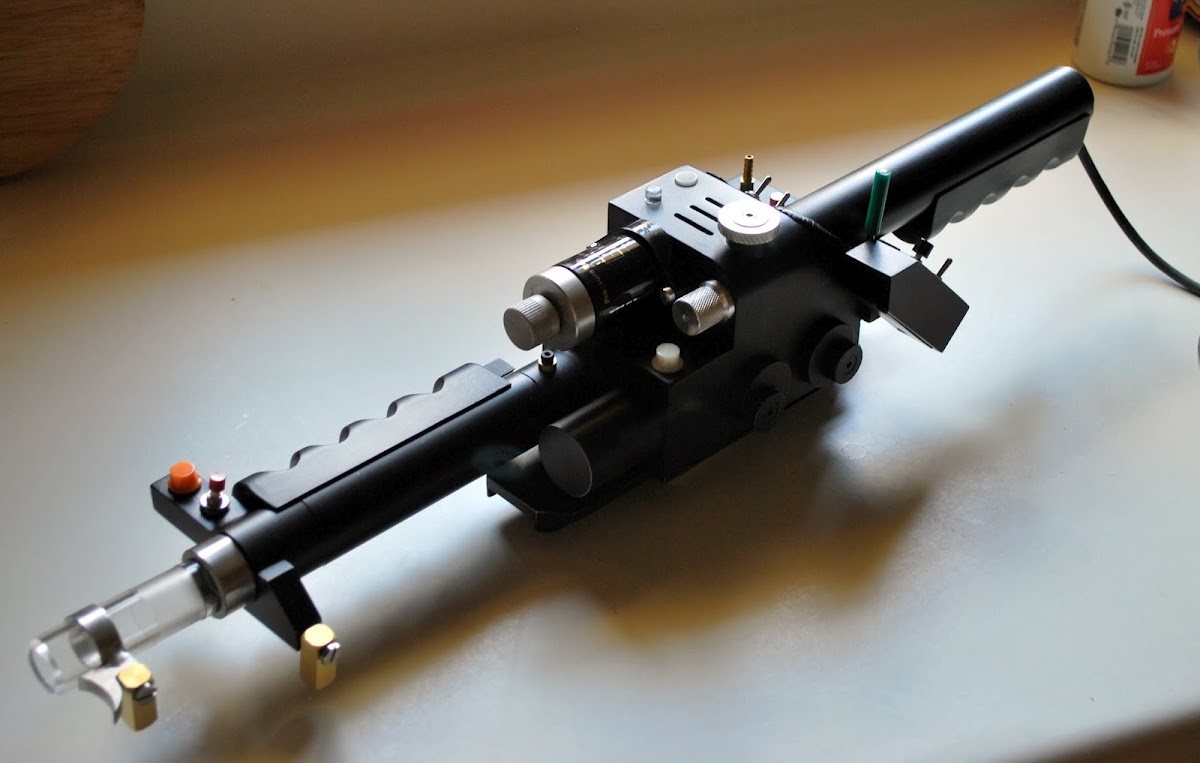 Now I can leave the sound board alone, and the only two cords coming out of my gun are the 'sound' cat5 cable, and the cat5 that connects R2Devo's light kits. Eventually I may run a small wire to switch on the main power from the gun as well. 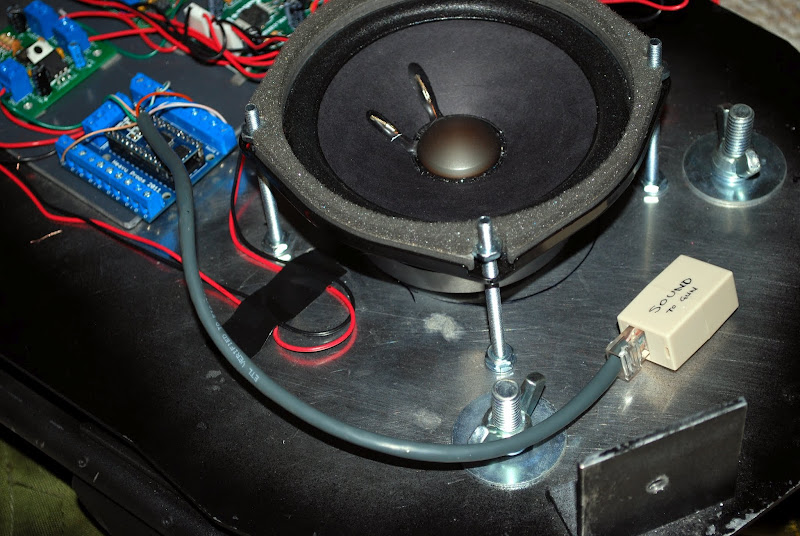 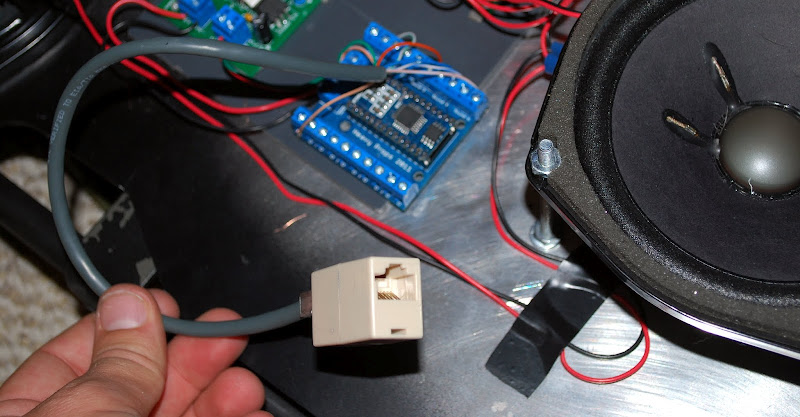 Play something from Daft Punk's Tron Soundtrack or the Rocketeer soundtrack.

More pictures soon. How long did that take? 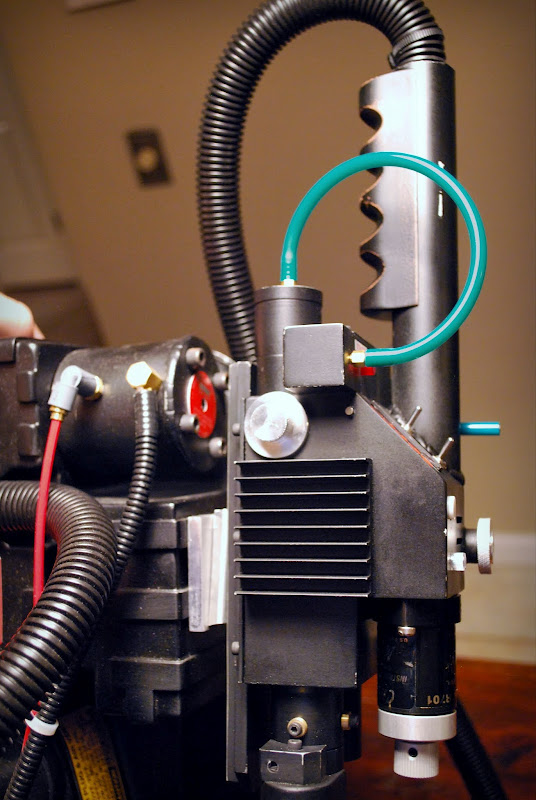 but man, that's still one hot pack.
All that is necessary for the triumph of evil is that good men do nothing

I tried flipping my master on/off switch a few times, nothing. Battery is totally dead. So either somewhere my wires are short circuiting, or my battery is a dud. When it works, it works great. Maybe one of you can figure out where I've gone wrong. It seems like I should have enough juice to keep everything running for awhile.

Here's my current (crappy) schematic. I'm sure there are some no-nos in here, any help would be much appreciated! 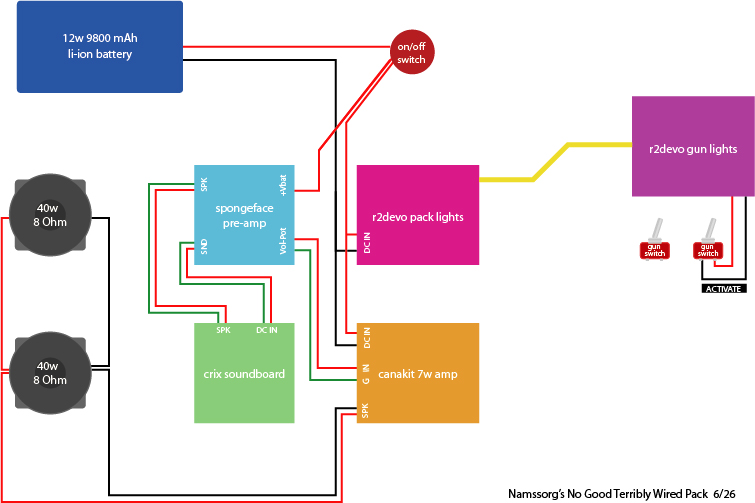 -  June 26th, 2012, 11:44 pm #397354
I have a very similar setup going to mine, however, I am using proptronix pack/gun lights so I have to use everything with dpdt switches and running the light kit on a separate 9v. The way you have it wired looks a little off but I can't see it. Wait, aren't you supposed to have both the positive and the negative going straight from the battery into the pre-amp/battery elim? Yeah... I hope this helps. Well, do what you did with the other speaker.

Why do you have the On/Off Switch wired to the positive wire? I thought it was supposed to be wired off the negative. I will look at my pack later tonight, but everything looks correct.
My pack build.
http://www.gbfans.com/community/viewtopic.php?t=26358

I ran out of steam last night after you helped me figure out the main switch issue. I'll re-wire that tonight and let you know if it works. I think that switch might be the problem.
My GB1 Pack Build
Pack Build Process Gallery
N-Filter Hole Templates

OK. I now have everything wired up like this:

It was really close to this already- but I was missing a wire from the negative (-) battery terminal to the Battery Eliminator/Pre-amp board. I'm beginning to think I may just have a bad battery.

There is a power connector coming off my battery to charge it, and when that is plugged in everything on the pack works completely fine. If I charge overnight- The pack will run off the battery for a few minutes, then dies and the red status LED on the battery will be dimly lit. If I try to turn the pack on, the dim LED just turns off like I'm trying to draw too much power.
My GB1 Pack Build
Pack Build Process Gallery
N-Filter Hole Templates

I then took the lights out of the equation, and ran just the sound stuff. The pack hum sound played for about 5 minutes before the battery seemed to die again.

I say 'seemed to die' because my battery has a red led status light on it. When the pack shuts off and the battery 'dies', so does this light. Although as soon as i completely disconnect the battery from my pack, the light pops back on nice and bright.

I'll try a new battery this weekend, because I have no idea what else could be going on.
My GB1 Pack Build
Pack Build Process Gallery
N-Filter Hole Templates That looks right to me. Good luck with the new battery.

We'll give it a shot! I picked up the 9.6v 8-cell rechargeable from RadioShack that wm6929 has. Nice little battery! I hope it works.
My GB1 Pack Build
Pack Build Process Gallery
N-Filter Hole Templates 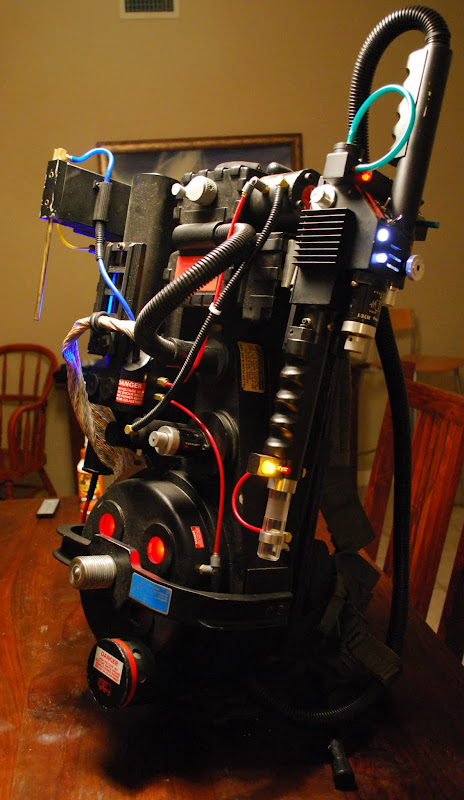 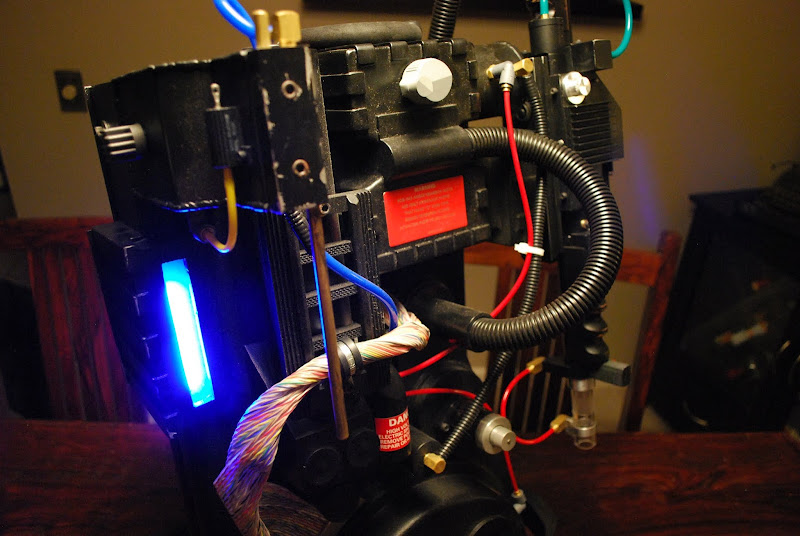 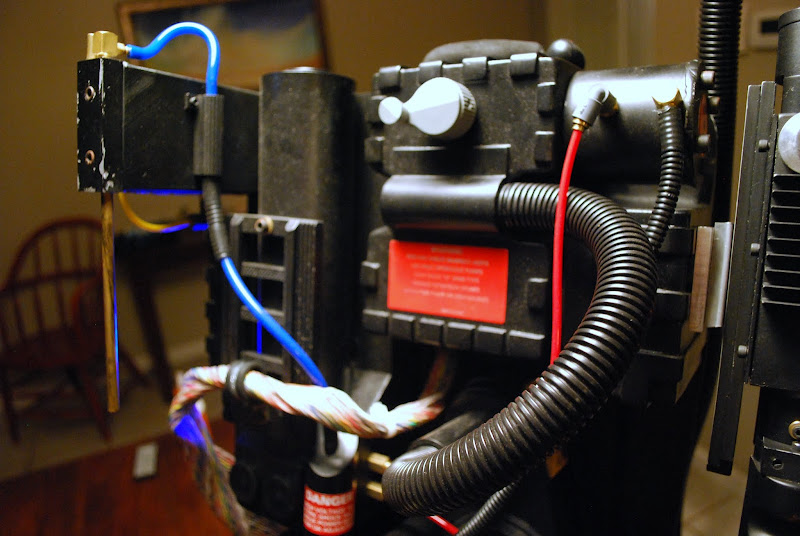 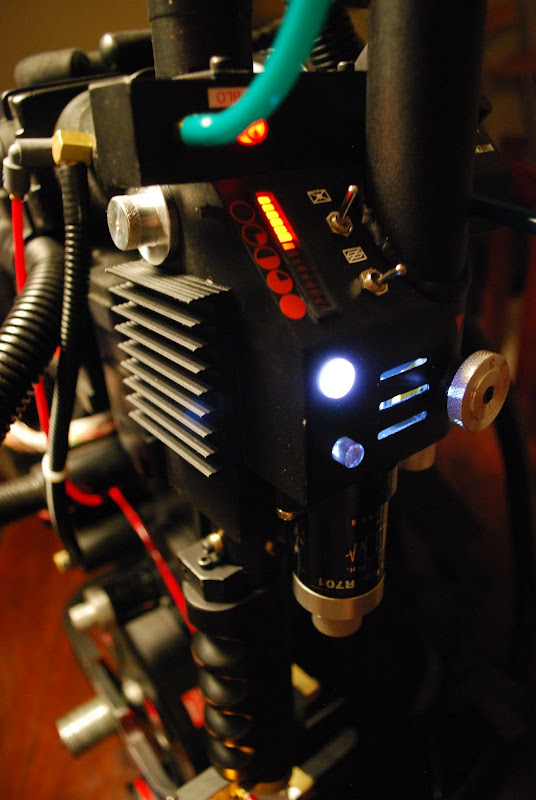 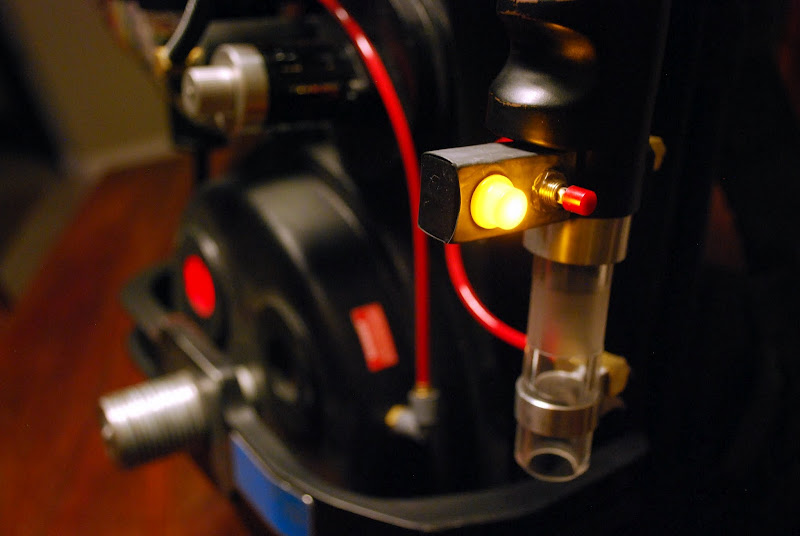 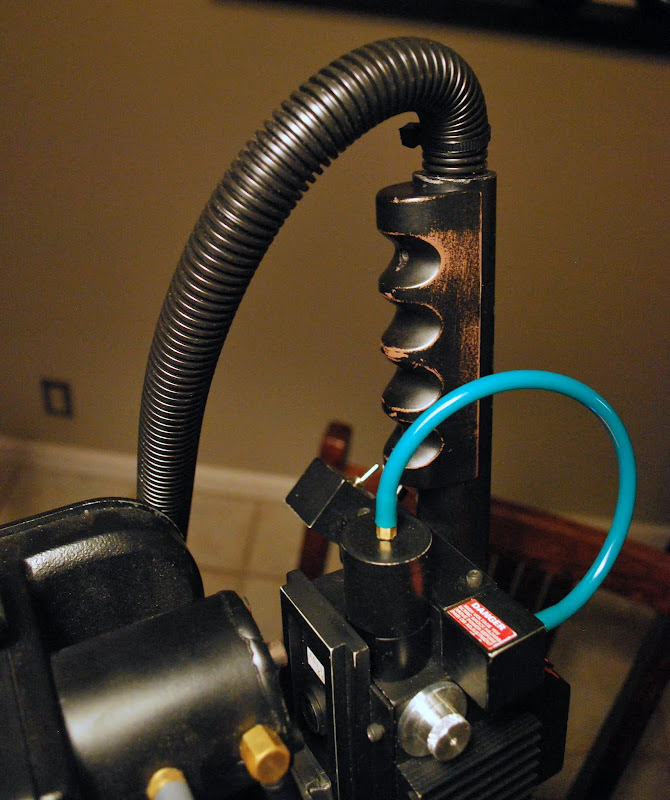 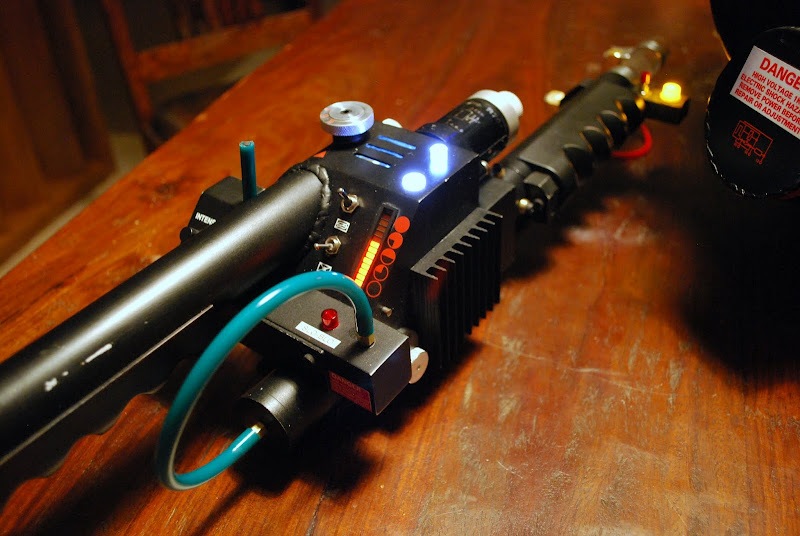 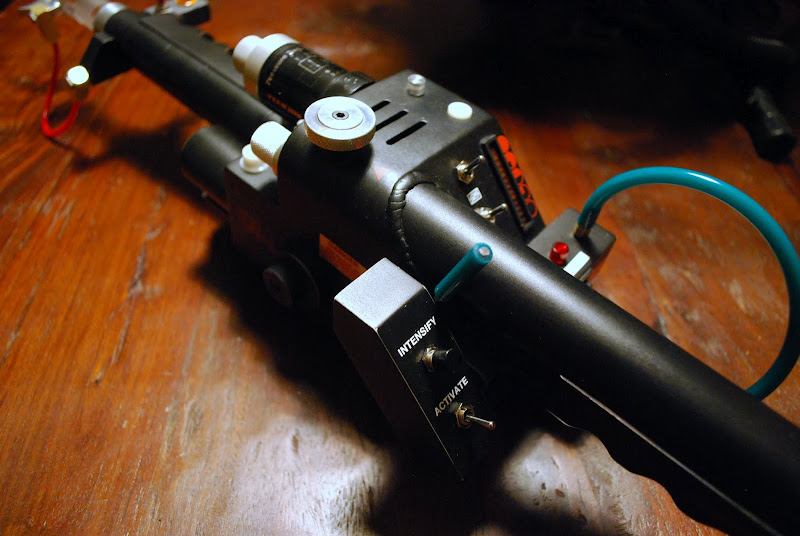 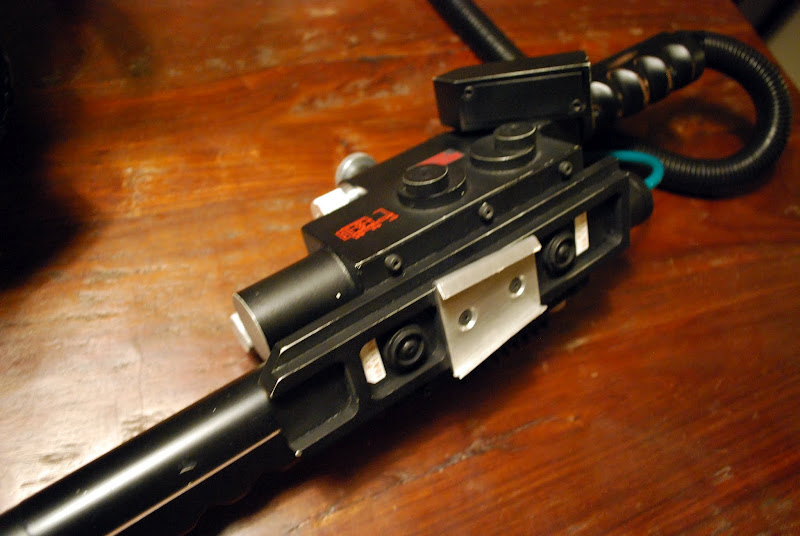 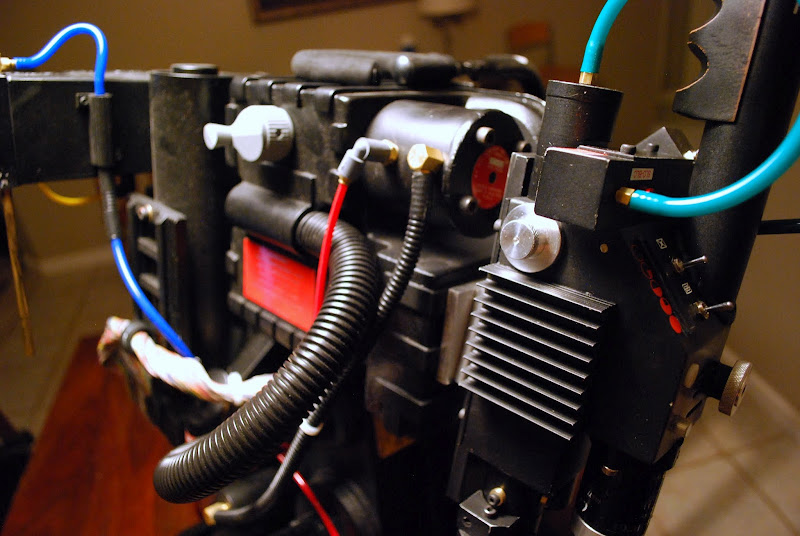 By c05ta -  June 30th, 2012, 6:47 pm - Posts: 573
-  June 30th, 2012, 6:47 pm #397950
first off... OH MY GOD YOUR PACK IS AMAZING!!!!!!!
ive been messing with the gbfans app while at work for months, and have always seen this toppic as new but never clicked on it.
i dont know why but when i saw the words first pack, i expected to find a scratch built shell and other such items. not that i have anything against those but its never really caught my attention.
today i have a migraine and while i was laying in bed with all the lights off, trying to get a little relief i was bored out of my mind, and couldnt sleep any more. i decided that i would check out this thread that is ALWAYS on top of the newly commented threads HOLLY CRAP!!!!
MIGRAINE IS GONE!!!!!!!!!!

there were so many things that i wanted to comment on (all just comments like i tried something like that too, or how good you are doing), but i didnt want to "quote" 5 or more posts from each page.

-a little input, about my build-

back in December i had tried using a sponge face distort fix. but i eventually decided that it wasnt for me, and i didnt need it to fix my sounds because there was only distortion when i cranked the amp the the max anyway.

-your battery issue-
i have the same battery in my pack, and i have seen issues with it appearing to not charge, or only run for a short period of time. i actually replaced my first battery because i thought it was dead (it could have been i guess ill never know).
what i found with the 9800 batteries is that when they drain all the way it takes 3 days to charge them again. i dont know why, but if you unplug them before 3 days it will only run for a few minuets, or sometimes not at all.

i hope the issue you are having can be solved that easily.

My two cents: I'll believe any leak once the end c[…]

Welcome from the land down under! :)

Argh! Don't want this to be the dying secret of Ef[…]

Can you feel the logo when you run your finger ove[…]