Been a while since I've been on the forums. So I just noticed that my Mattel PKE meters arms will not open anymore. When I press the buttons to open it there is a yellow light on the hilt of the meter that flashes and the arms do nothing. Has anyone else encountered this?

by WindDrake
The PKE uses three opto-interrupters to figure out where the arms are, which is why a PKE that's been turned off before it closed will cycle it's arms - it's trying to home them at the "Closed" position.

If the home opto isn't triggered on boot, the PKE won't move the arms.

Look for a broken wire.

by NinePoundHammer
Thanks for the direction. I just got around to opening up the meter. Admittedly I am not very good with electronics. Any idea which wire I should be focused on?

Nothing I can make out from looking over it.

by grogking
Hard to tell from the image, but the red wire running to the outside edge near where the arms would be below the orange and yellow wires looks like it might have been crushed in one spot. 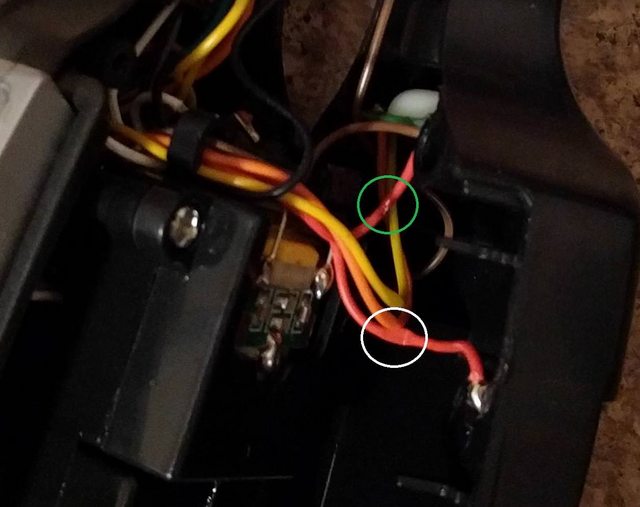 White circle - +Batt, could be crushed some but since your PKE powers up, it's probably fine.
Green Circle - Picture makes it look like the insulation is split - make sure this isn't the case.

Your optos are in here. 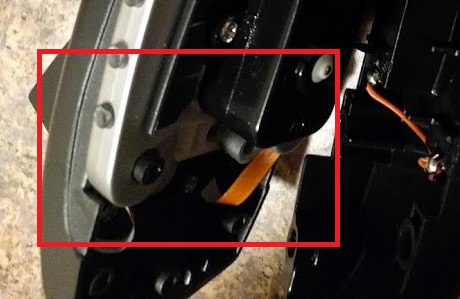 If I remember right the white plastic part that connects the two arms together had something to do with it. I really should have documented the PKE better last time I took mine apart.
All times are UTC-07:00
Page 1 of 1
Powered by phpBB® Forum Software © phpBB Group
https://www.phpbb.com/