GB1 Khaki From a Rothco Suit - Pictures and Dye Recipe

1 Wash with Heavy Bleach, then soaking in hot water with salt and a touch of black dye (I"m gonna try edible icing dye in small doses. That stuff stained my mouth and teeth for 3 days.), then another wash with heavy bleach.


I'll let you know how it turns out. What I've seen here works, I'm sure. I'm just wondering if there are simpler methods out there and the only way we're gonna find out is to experiment with other methods.

EDIT: Well, my formula failed miserably. The bleach had a huge effect of making the Rothco even pissier, and when I tried the Black and Blue dye, it just wasn't potent enough.

Fear not! I am taking pictures and have picked up some Rit Purple and Black. Once I find some Orange and some color remover, I'll be making further attempts. I will not rest until I have my khaki backup!

the right is my old rothco with no dye, and the left is the new rotcho dyed with powdered orange, purple, and black. It came out too dark and i want to tone down the color so it looks more grey...it still looks tan in most light, b ut under camera flash its gret as you can see. I DID order the tru-spec version anyway online for 30 bucks. at least ill have a backup. ive had this Rothko sitting around for a while, so if it doesn't work out, ill strip it and just use the pearl grey(possibly from Joann's or hobby lobby) instead of the multi color version of the recipe.
Jay

Cosplay page: I've Got Red On Me Cosplay

By Jairus -  October 15th, 2012, 4:40 am - Posts: 1100
-  October 15th, 2012, 4:40 am #418051
I'm very late to the party on this, but I wouldn't recommend starting with a black Rothco and trying to get khaki out of it. Whenever I've used color remover or bleach on a black Rothco, I've always ended up with reddish-grey color that is far darker than the shade of khaki you're aiming for. I just don't think it will lighten up enough.
Want to build your own uniform accessories?
Check out my Templates, Patterns, & Downloads!

But then I'm not a purist, so I guess I'm not seeing the huge color difference.

After I strip the color off in the washing machine, how much liquid dye should I use or am I better off using the black, purple, orange recipe?

By BooYorker -  September 17th, 2014, 12:08 pm - Posts: 1
-  September 17th, 2014, 12:08 pm #4809978
Sorry to be a Debbie Downer, but four years out and there definitely *does* seem to be at least some variance with the Rothco suits. When mine first arrived, it was a lot duller than my old school "piss yellow" Rothco -- I followed the directions and I'm now the owner of a really splotchy, purple suit. I would definitely advise fellow 'busters to test heavily and trust your eyes while dyeing the uniforms. 'Tis the season, and we're cutting it pretty close to Halloween. I would hate for someone to be in this predicament when it comes down to the wire. In my case, a couple of bleachings/color strippings followed by a quick Pearl Gray wash would have probably done the trick. I'm already ordering another uniform and I'll try to grab more pics this time. As for big purple, I might try to salvage it as a GB2 grey uniform.

In short: be careful, expect to experiment, and be receptive to the idea that there isn't one definitive recipe, with no disrespect at all to the OP. Thanks and happy ' busting!

Update: After two bleach washes and another box of RIT color remover, the suit might yet be saved. So if anyone reads this with a maroon suit, don't lose hope. Using the original dye measurements and only 7 minutes, my uniform was already fried. Water temperature might be a factor here as I used boiling water as hot water. This might be obvious, but during the first two bleaches, make sure that the bleach is well mixed into the water as the washer fills up, I think the initial splotchiness post-dyeing went all the way back to these steps. (And obviously never let the undiluted bleach make direct contact with the suit.)

The purple/orange/black color tint is actually spot-on give or take on how yellowish your Rothco is. I might have been too hasty about the Pearl Gray. I couldn't find an Orange RIT dye, so substituting their new Tangerine dye may be a factor in things. I added another splash of it when adding the black dye. If the sink looks too dark, it probably is. I'd rather extra color additive steps over bleaching backwards, so maybe play around with the dye/water amount without changing the color ratio. Definitely mind your water temperature. No pics of the purple suit before I bleached, but if you have one, you'll know it. Hopefully I'll have some of a completed uniform. I'm a newbie, but maybe this will help somebody out. Thanks! 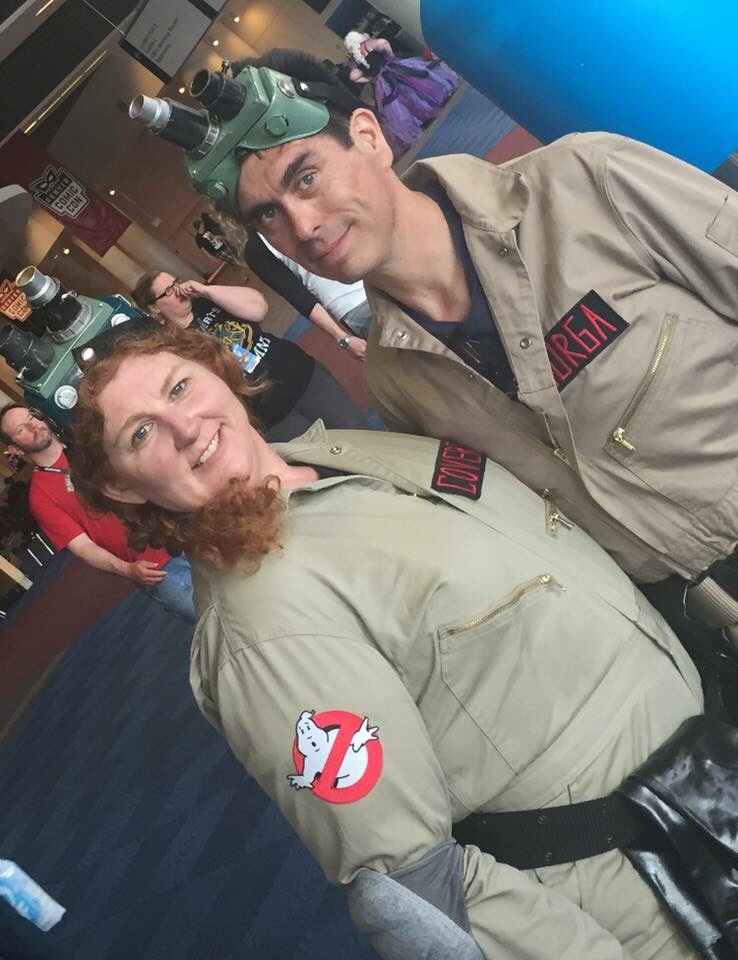 Silly me, I never even thought enough to dye my Rothco. Though Rox and I got out coveralls at the same time, it was obvious that they were different die lots, but neither is 'piss yellow' like I see on the children's and Rubies costumes