3d Printed Proton Pack, Wand, and whatever else I can get a hold of

I have been looking at making a proton pack for years now. I have printed off blueprints multiple times, priced out resistors and knobs and everything else. I have even asked a few people on here about commission work. Due to lack of space, or time, money, or practical know-how, I just never pulled the trigger with beginning construction.

A buddy of mine (who is on here as well) took his family on a vacation for a month. When he was getting ready to leave, he had asked me if I wanted to borrow his 3d printer. I had already read the Count's thread on his 3d printing, and so I was more than excited to take it off his hands for the month. I downloaded everything that TGOACHER had on thingiverse and have quickly gone bananas. I am about a week in and have printed off 15 or 20 pieces. I still have a way to go, and it will probably take a whole month to get everything printed, but once it is done, I should be posting pictures regularly.

With it taking as long as it has, what would be the best way to cast it? The friend who lent me his printer will want one and I do not want to have to go through a whole other month to get it done. Also, I think I will be cutting out a piece of plywood as the motherboard. I do not like the idea of that part being printed off as 4 pieces (due to the printbed size.)
robandliv liked this

I downloaded a few different files and have used what was more accurate but have had to fix many files due to poor design work.
Il be doing alot more work on this at the weekend so will post more pictures very soon

By CLemmons -  October 4th, 2018, 6:17 am - Posts: 22
-  October 4th, 2018, 6:17 am #4909654
So, I am still printing the pieces. Each set takes about a day or 2, so I still have at least 2 weeks, maybe more. Once that is done, I will send pictures of everything. As for the casting, what I mean is, since this will have taken me about 2 months, and I want to make a second one for my wife, I figure the easiest way to do it is to put the pack together, and then make a mould of it so I can just have a resin shell for my wife's pack. Having never worked with resin though, I do not know if it would destroy the pack that I put together in the first place when I make the mould.

By CLemmons -  October 18th, 2018, 7:48 am - Posts: 22
-  October 18th, 2018, 7:48 am #4910053
So, I ran the printer for about 400 hours straight and have killed it. I have gone about replacing most of everything, and will have it all fixed tonight (hopefully). That said, I will not be able to have the pack ready by Halloween, but it will give me the time I need to work on it slowly and correctly. Pictures coming once printing has finished.
NotSabbat liked this

By CLemmons -  October 29th, 2018, 7:32 am - Posts: 22
-  October 29th, 2018, 7:32 am #4910315
I think I got everything up and running. The table warped from so many heat/cool cycles, so I added borosilicate glass and PEI. Then, my extruder clogged. It was the type with the plastic straw heading toward the hotend. The straw lost some of it's integrity, so I changed it to a microswiss. Lastly, the Kapton sock around the hotend had gotten a bunch of PLA in it, so I swapped it out for a nylon sock. I had to lower the print area on the bed (because I have screws and washers holding the glass in place), but things seem to be moving swimmingly now. I probably only have a few days left for the pack, then I will start working on the wand.

I ended up buying the printer from my buddy, both because I felt bad that I had pretty much destroyed it and because this has turned into an addiction. I plan on 3d printing the goggles and the trap at some point.

By TragicManner -  October 30th, 2018, 11:01 am - Posts: 111
-  October 30th, 2018, 11:01 am #4910329
I'd be really curious to see an approach that involves 3D printing major components or harder to find parts and mixing them with very easy-to-find and mostly accurate items, like how a lot of people use aluminum cake pans for the cyclotron. With how long it seems to take to print out all the parts, it would probably save a bit of time and money to avoid printing everything when a valid alternative is easily acquired.

Very interested in seeing what you have so far!
My Modded Spirit Halloween Trap!
My 3D Printed Proton Pack!

By NotSabbat -  October 30th, 2018, 12:22 pm - Posts: 290
-  October 30th, 2018, 12:22 pm #4910331
When I made my first pack I made everything with a 3d printer. Now that Im on pack number 5 Im starting to think about how much easier it is to cut out a piece of pipe and paint it than it is to print a cylinder and then spend a bunch of time sanding it.
My current wand is a completely redesigned 3d printed body with cut aluminum tubing for the barrel and handles. Makes it a lot stronger and means I can use the printer for the complicated parts.

I did print the N-Filter but used the bottom of a used aluminum water bottle for the HGA.

By Banjo -  November 4th, 2018, 4:00 pm - Posts: 32
-  November 4th, 2018, 4:00 pm #4910466
I'm at about the same place as you. I went and bought a Creality 3d printer, and almost immediately set off printing pack parts. I am about 70% done and have well over 200 hours on the machine already.
My original plan was to build the complicated parts with 3D print, then add all the tubes and such with PVC or aluminum.
But the 3D bug has bit, and I have decided that I want to do this build as much printed as possible.
My motherboard is a piece of aluminum, and I already had the ALICE pack hanging around.
The tubes would probably be easier to just make out of pipes, but there is no cake pan I can find that accurately replicates the cyclotron. that was one of the primary parts I decided up front I wanted to print.
I will have gone through 3 spools of filament as well by the end. possibly 4 because of some learning curve mistakes at the beginning of this project.
Can't wait to see pics of your build.
"Tell him about the Twinkie."

The tubes would probably be easier to just make out of pipes, but there is no cake pan I can find that accurately replicates the cyclotron. that was one of the primary parts I decided up front I wanted to print.

I found it wasn't a cake pan but it was an old Tupperware Pie pan... here's a link to one I found online!

The thing I've found about 3D printing, especially tubes is that they are very brittle and you're limited by the bed size. My 8x8 bed can print some nice objects but anything bigger has to be cut down to fit. Tubes on the other hand, I just use PVC pipe. Easy to work with, sand, cut etc. 3D printed tubes don't have much structural strength at all and tend to snap easily. Be mindful of your infill as well. If its something that gets touched, bumped or used alot set your infill high (50-80%), if not, drop it down to 25-30%. Hope this would help!
Banjo liked this

I actually know someone who has some of those old tupperware containers, is it because they are a little more rounded than the cake pans that they are more accurate?
My Modded Spirit Halloween Trap!
My 3D Printed Proton Pack!

I'm definitely getting a 3D printer. So many things I can think of that I want to do. I'm hoping I can find a good deal on one for Black Friday. If anyone sees any let me know.

Also invest some time learning how to 3D model. It will help you create what you want, and you won't have to rely on what others have uploaded.

I'm definitely getting a 3D printer. So many things I can think of that I want to do. I'm hoping I can find a good deal on one for Black Friday. If anyone sees any let me know.

Also invest some time learning how to 3D model. It will help you create what you want, and you won't have to rely on what others have uploaded.

Oh yeah, I'm definitely going to learn that. My cousin as a pro at it. He works with auto cad a lot and makes his own stuff quite a bit. I plan on picking his brain. 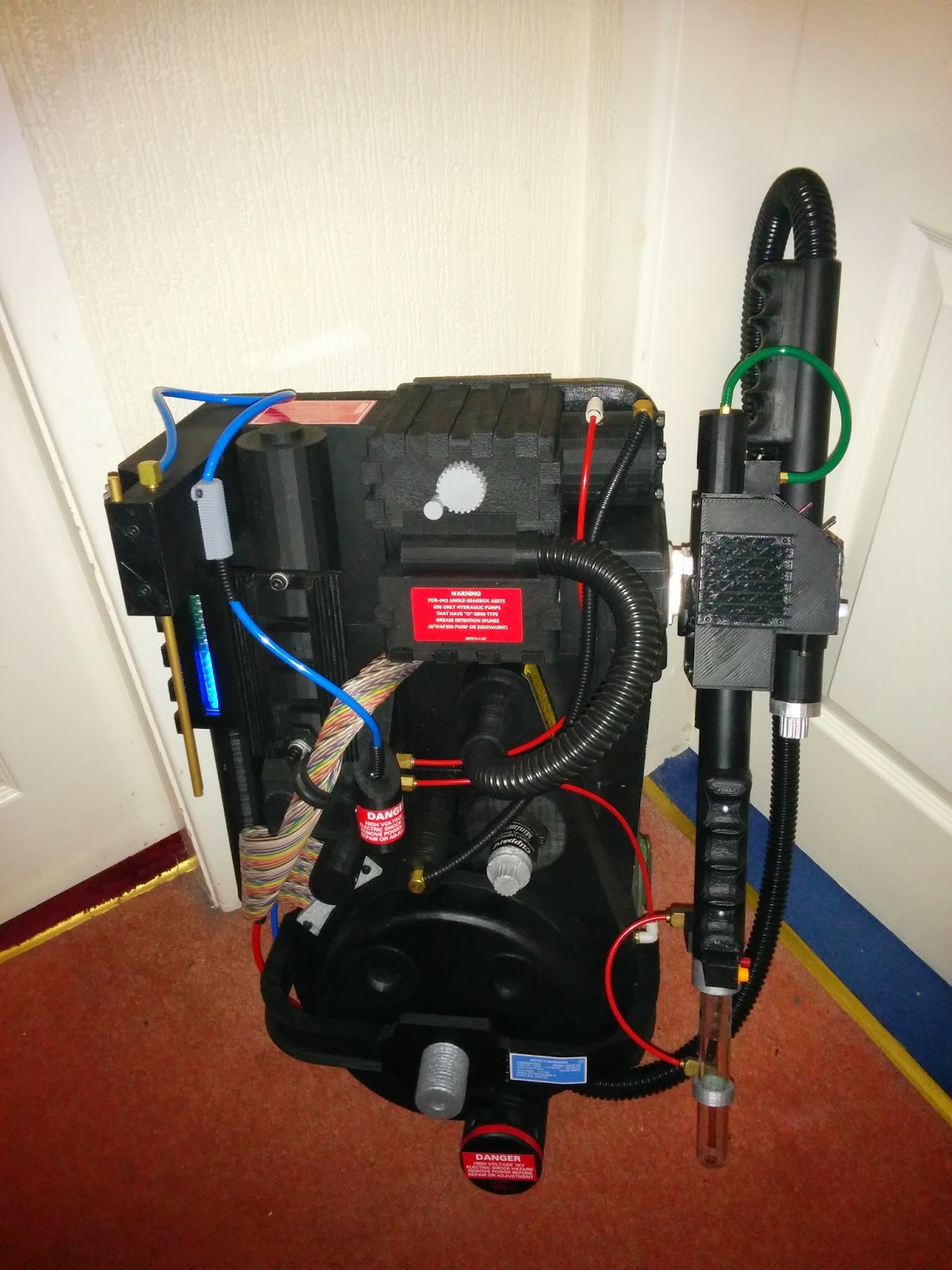 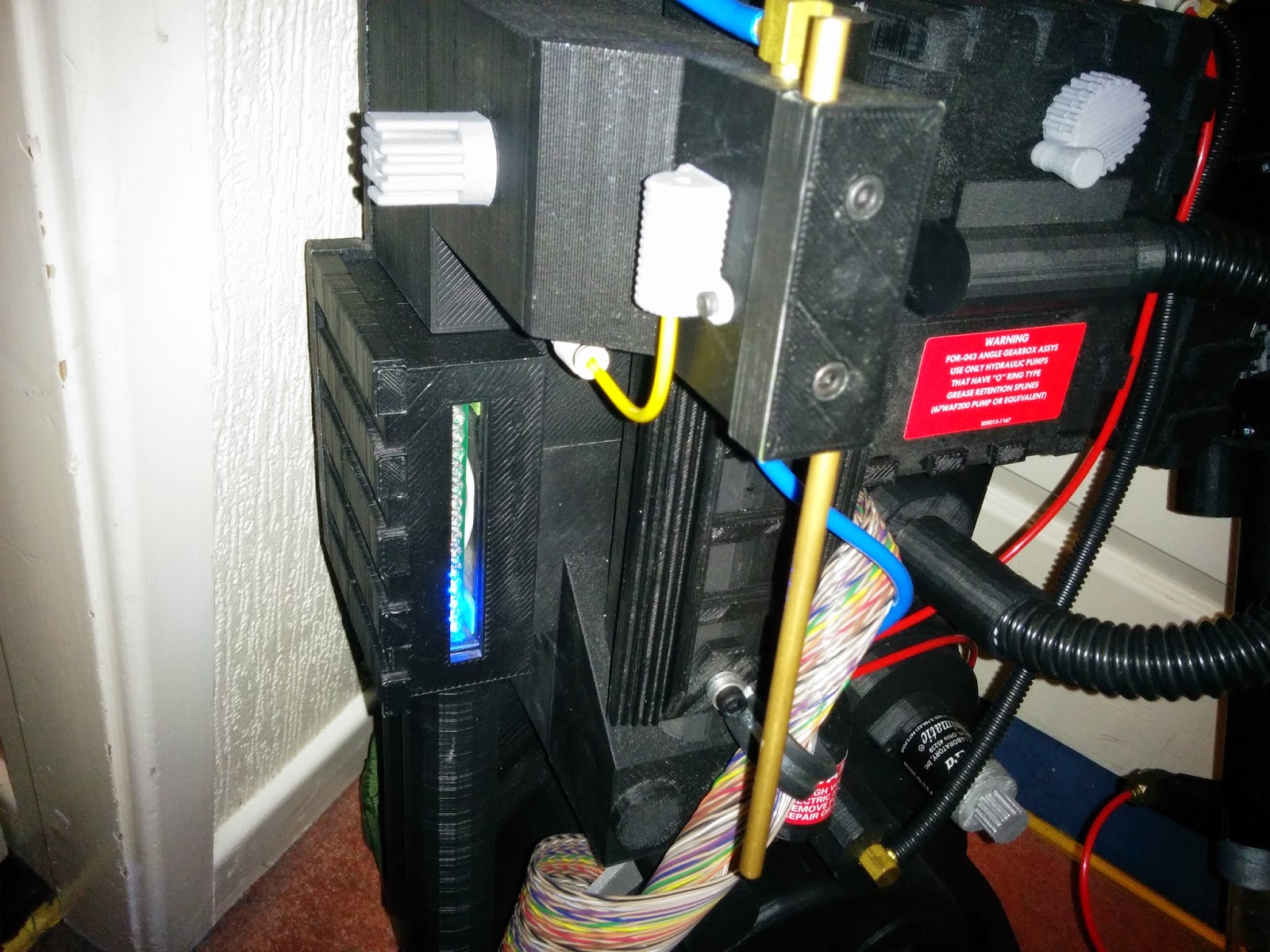 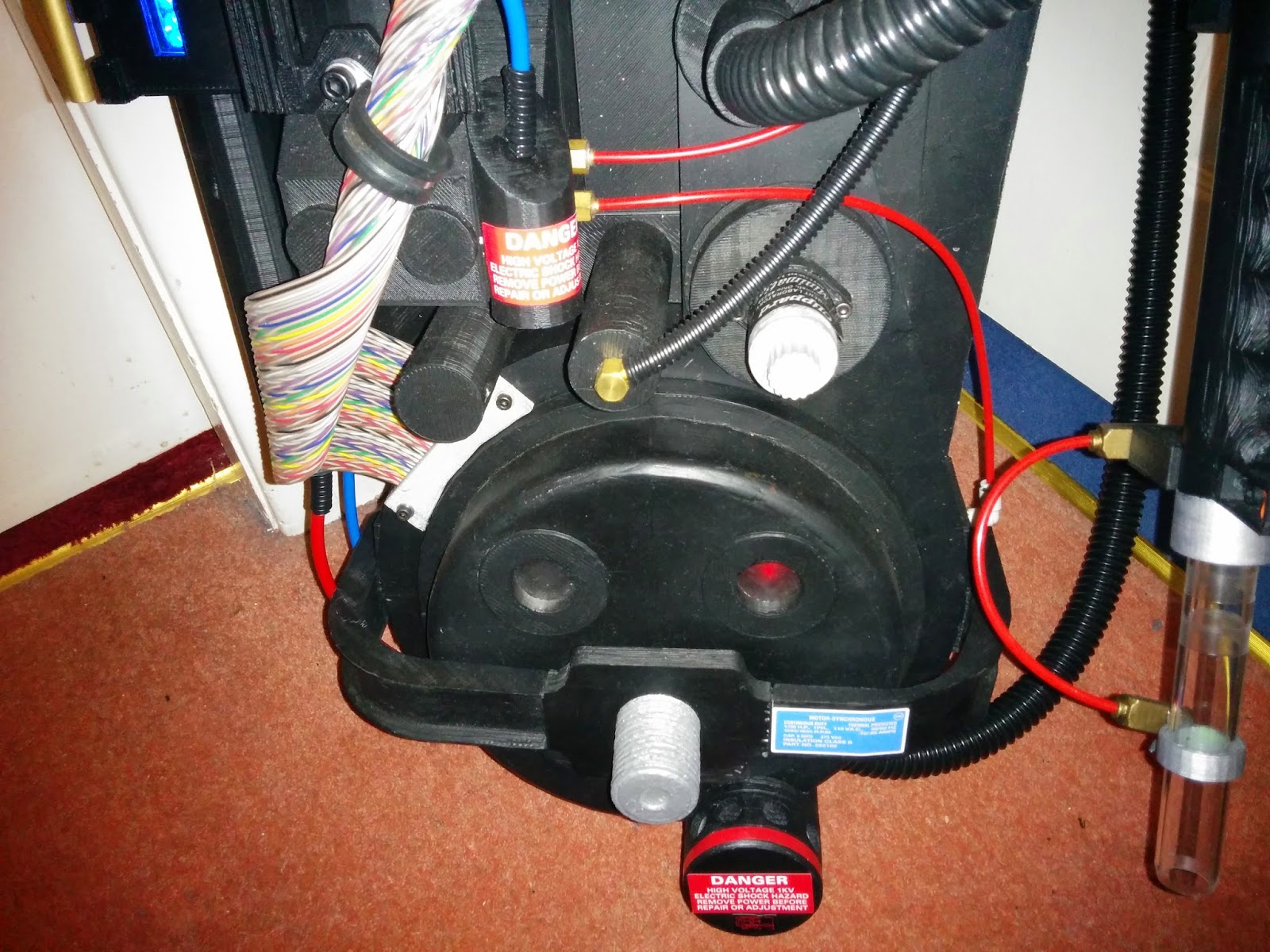 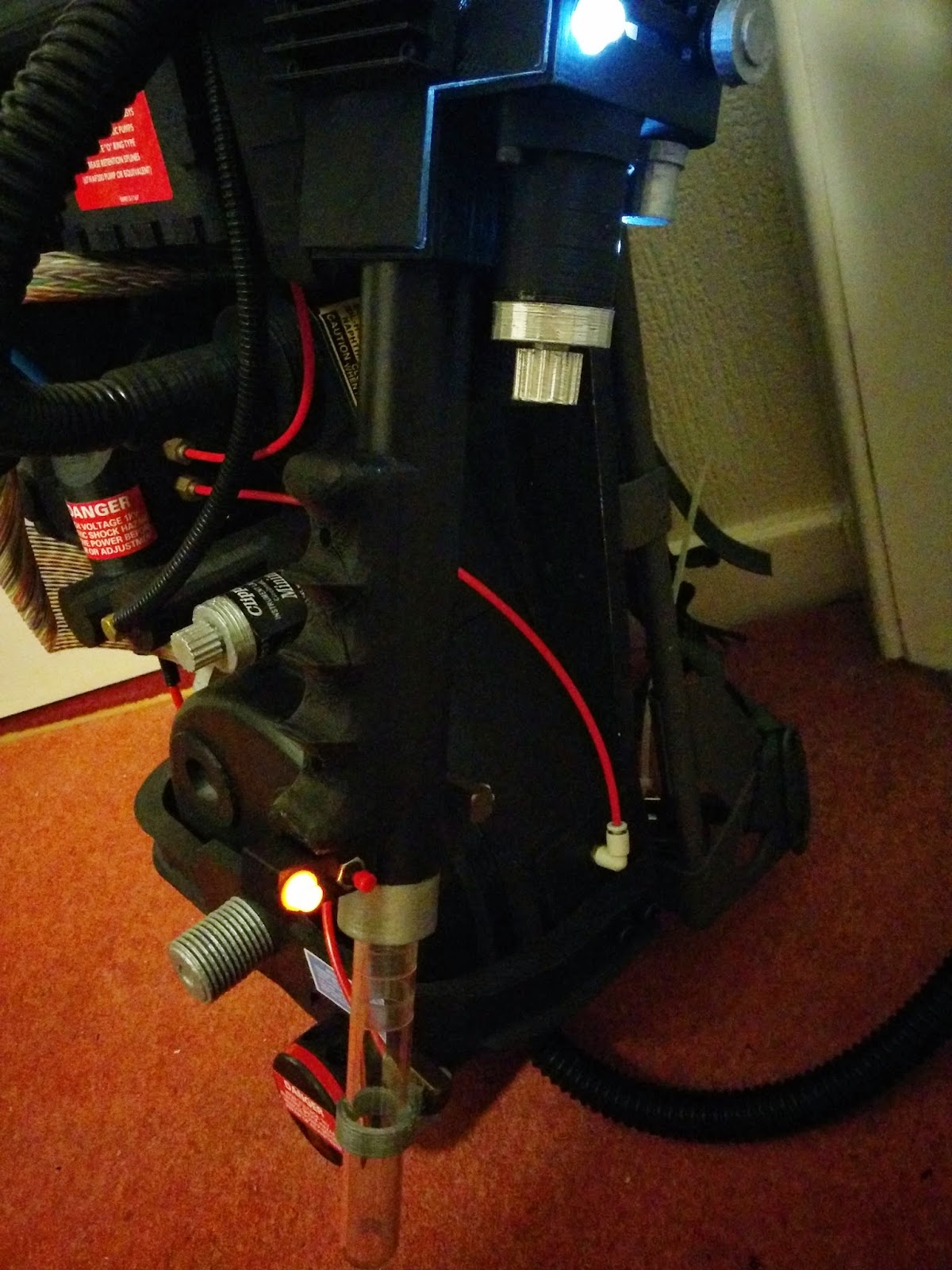 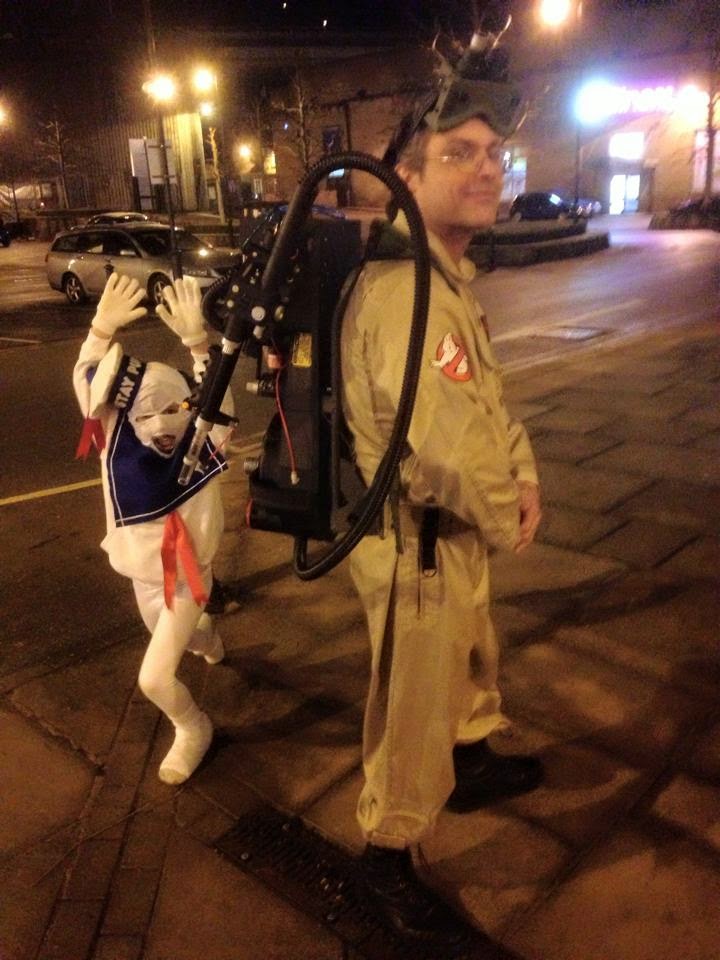