I'm an architect who has loved this franchise since the 80's. Attached are some pics of my latest design, an upscale loft in Europe converted to a deluxe Ghostbusters den. A mancave for parties, movies and gaming.

I designed it to feature fully automated lighting that can create any color scene and a 300 inch 3D IMAX projection system. We are currently trialling neurocontrol of the lighting. I.e. using EEG hardware.

The projection system means that GB:TVG can be run 1:1 lifesize like a 3D holodeck. If you set the eye height according to your own standing height relative to the known heights of the actors, the 3D is like interacting inside the third movie (yep, I'm with Aykroyd on that!).

Firing lifesize proton streams with 3D depth at a spectral apparition hovering in a room is quite an experience.

These pictures and video are only 2D. As you know it is impossible to replicate depth convergence without 3D glasses. 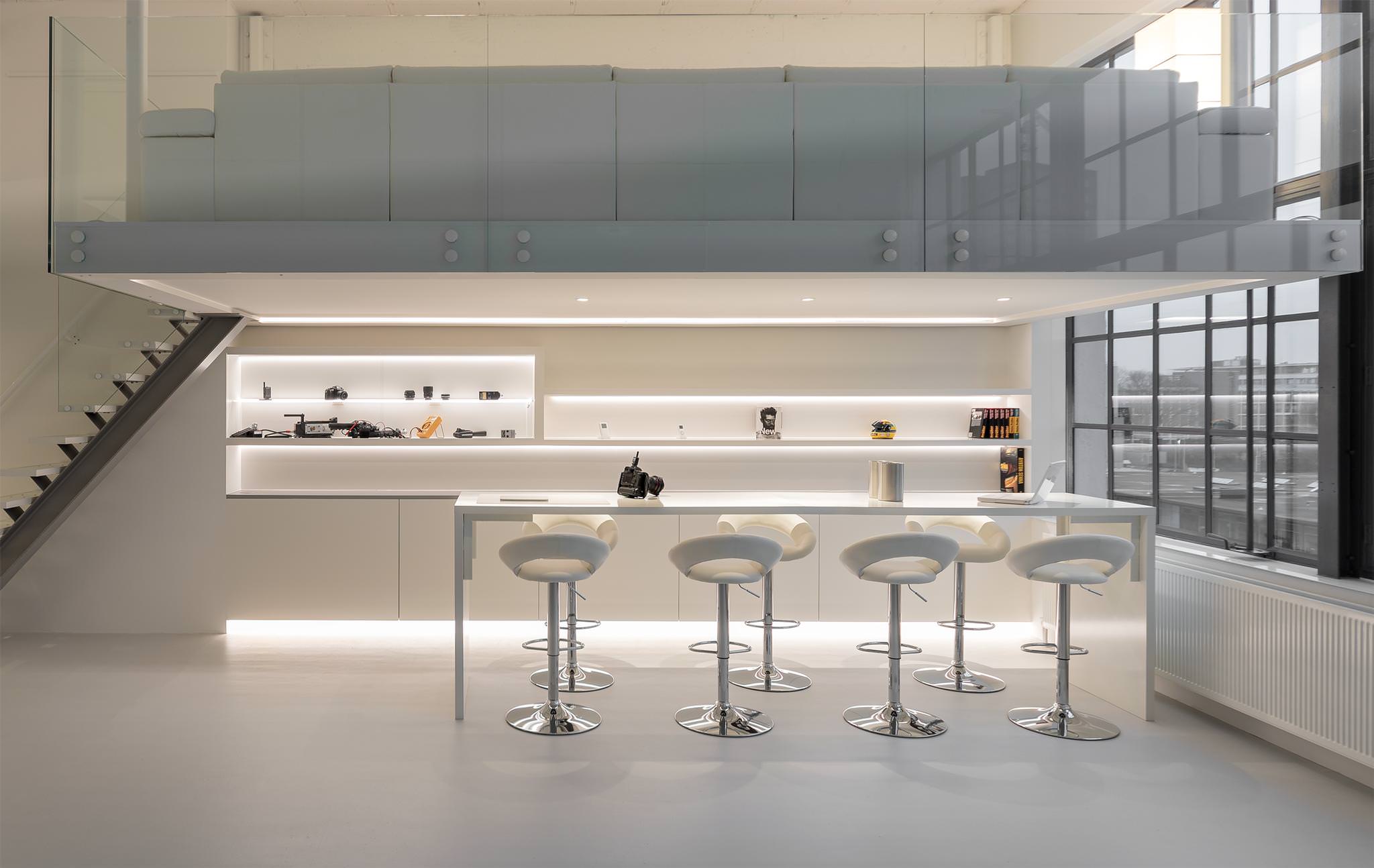 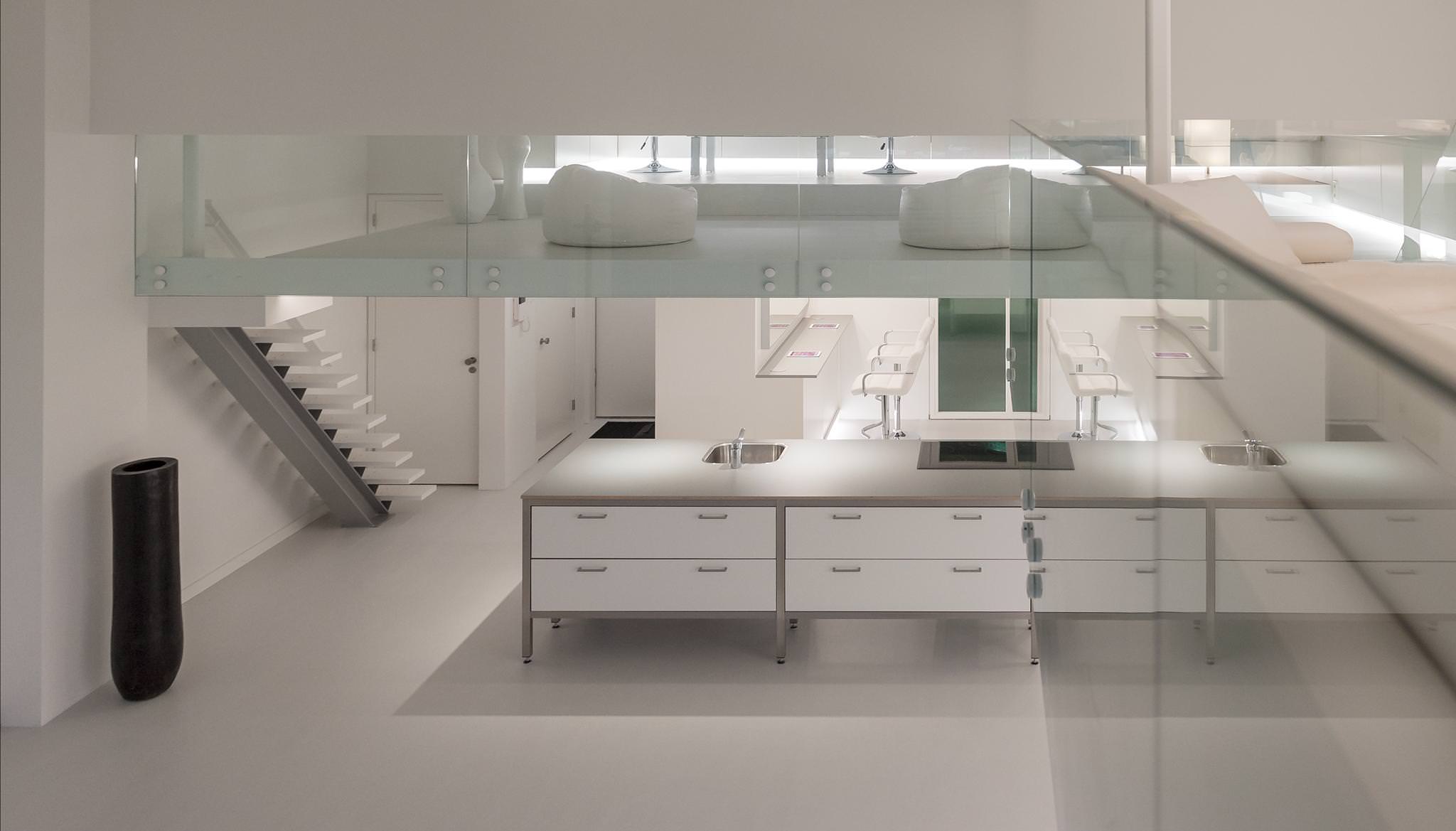 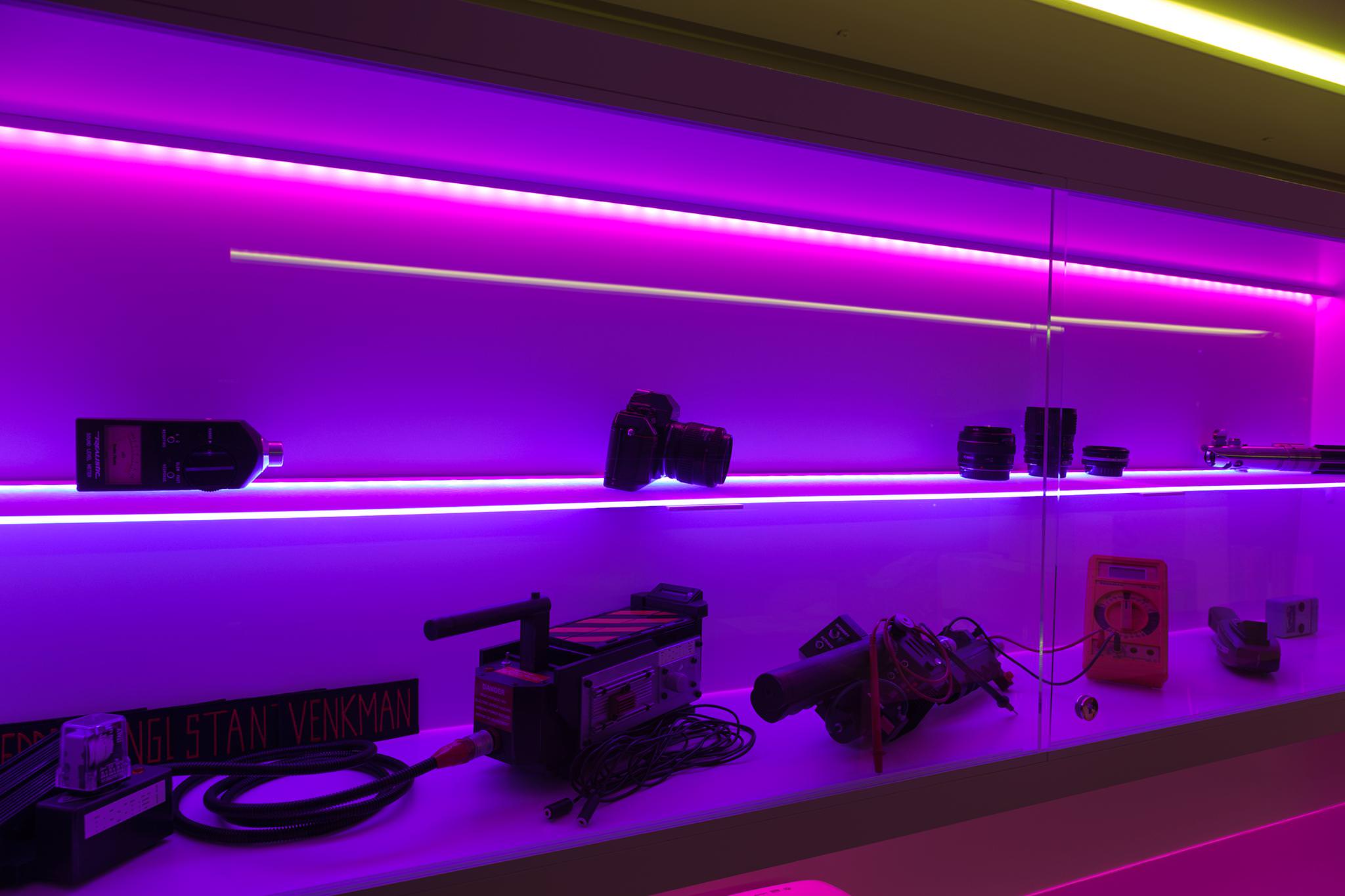 A couple of things that go together in my view: 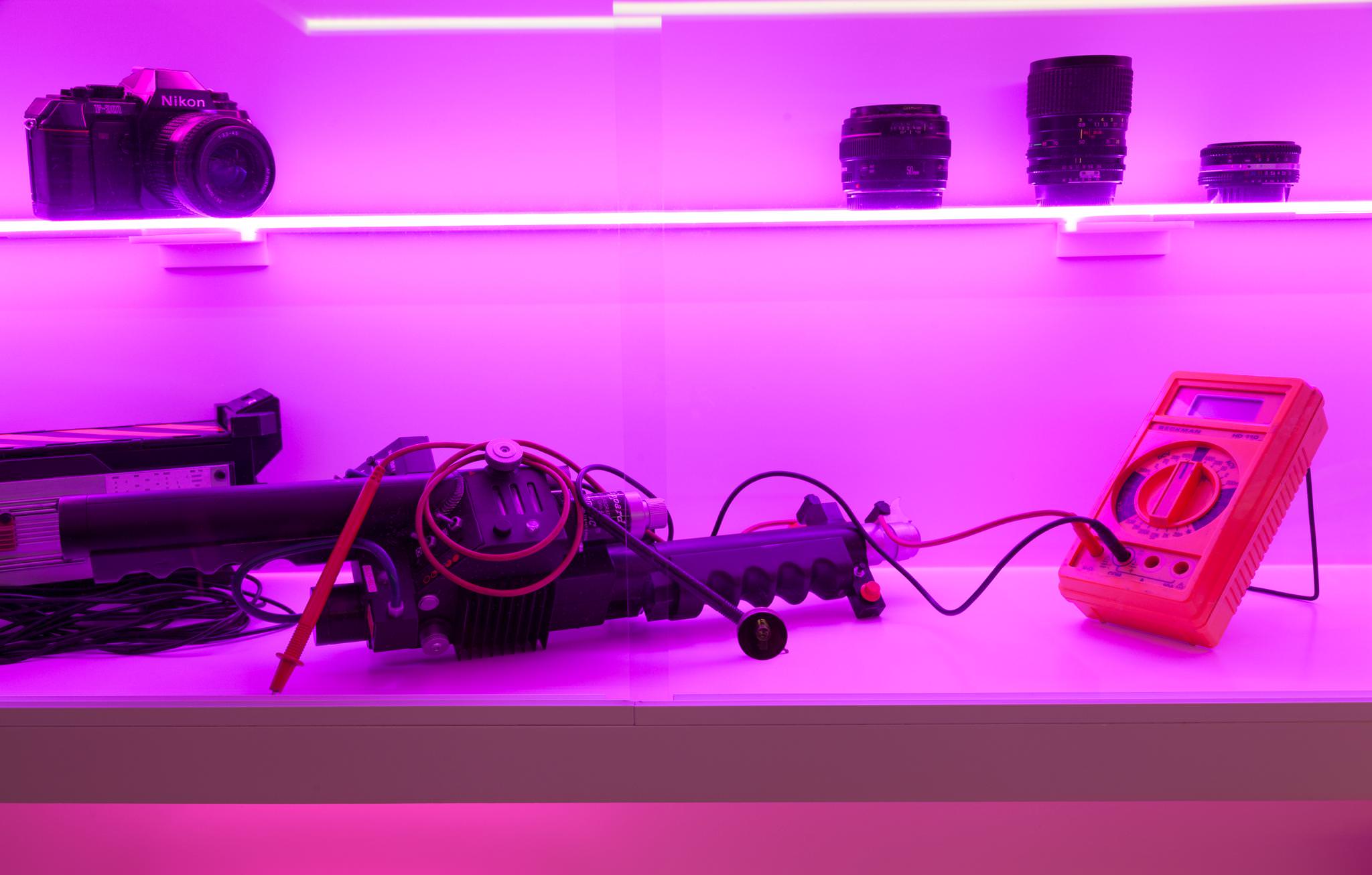 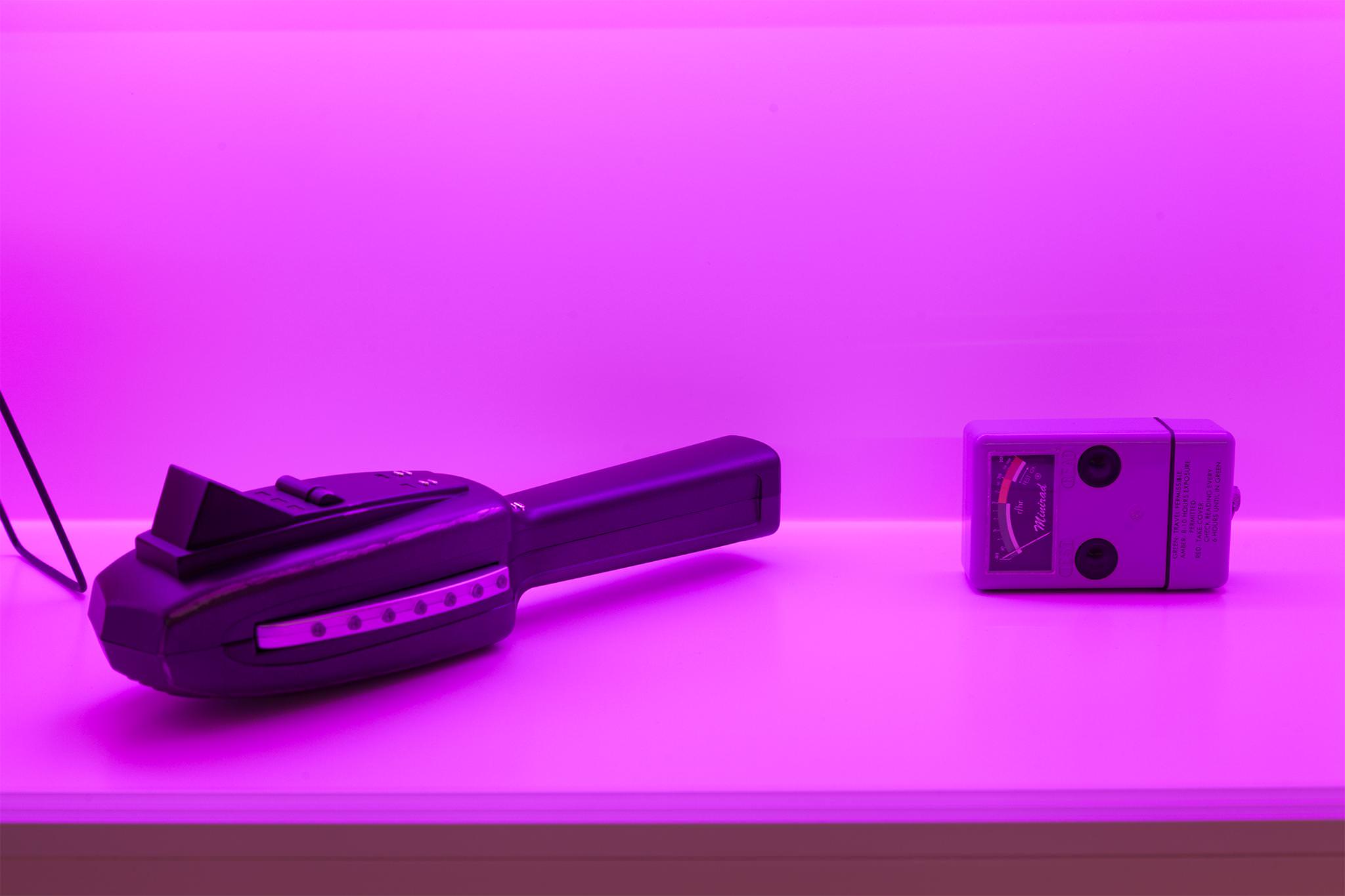 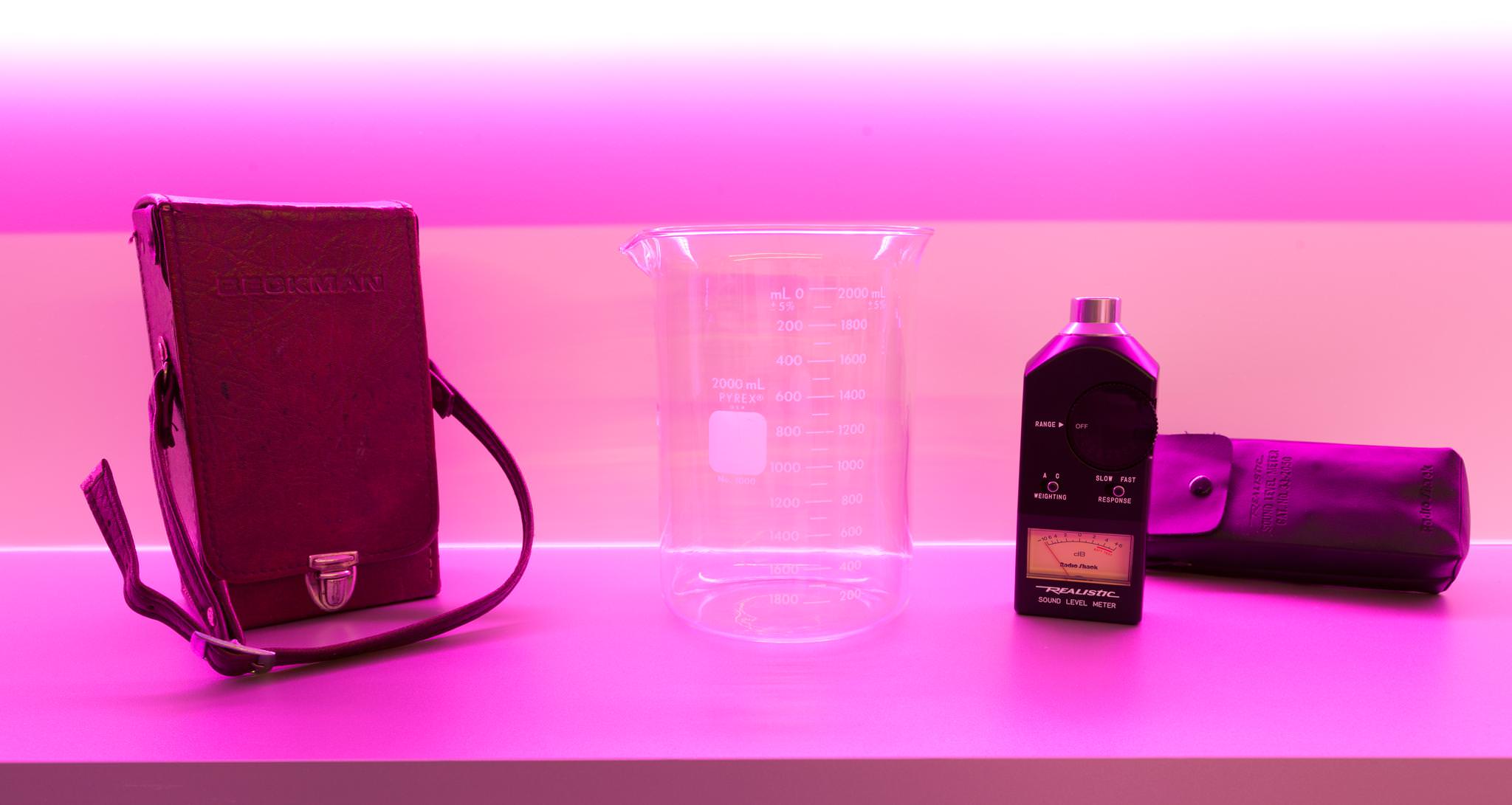 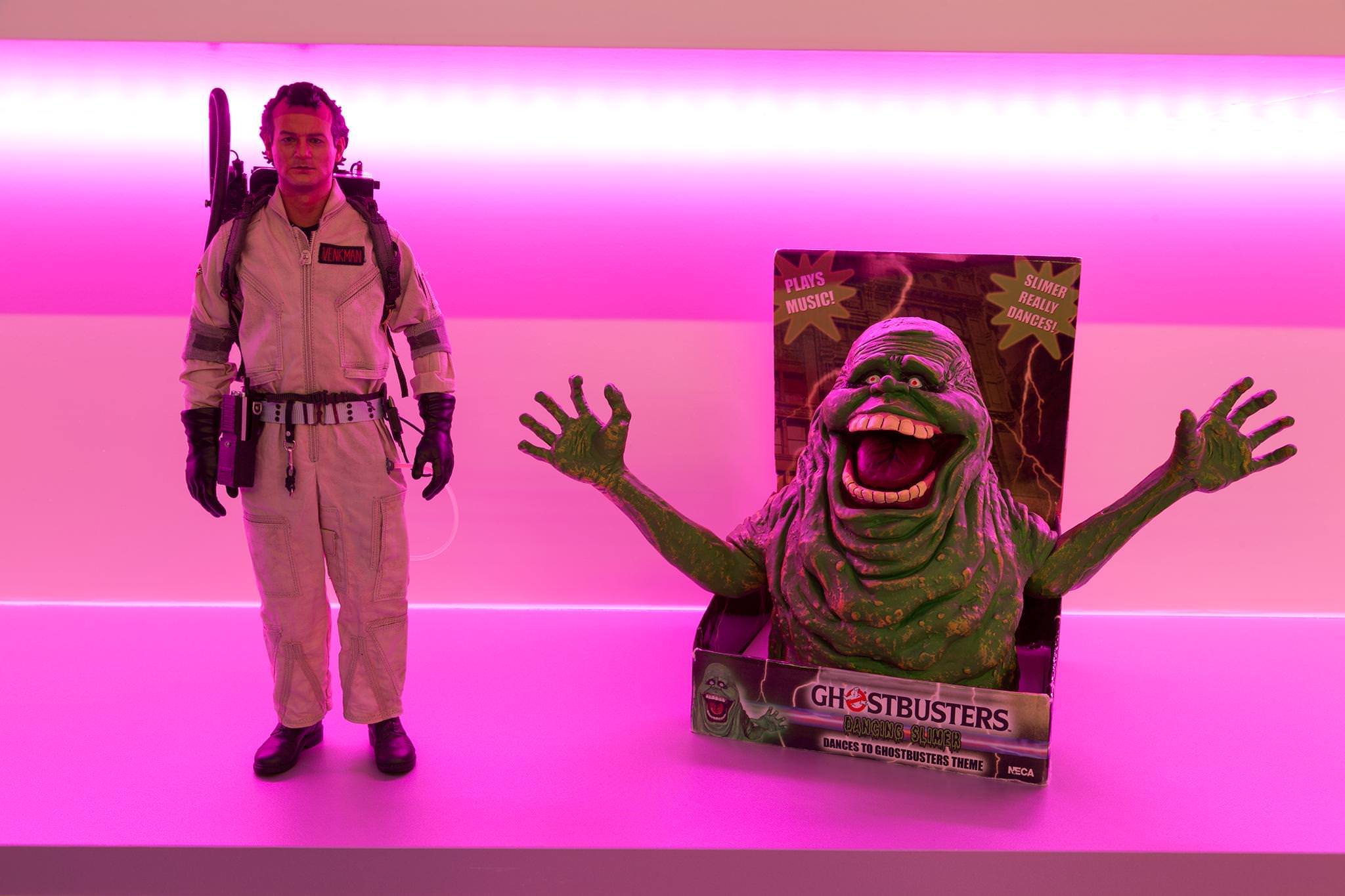 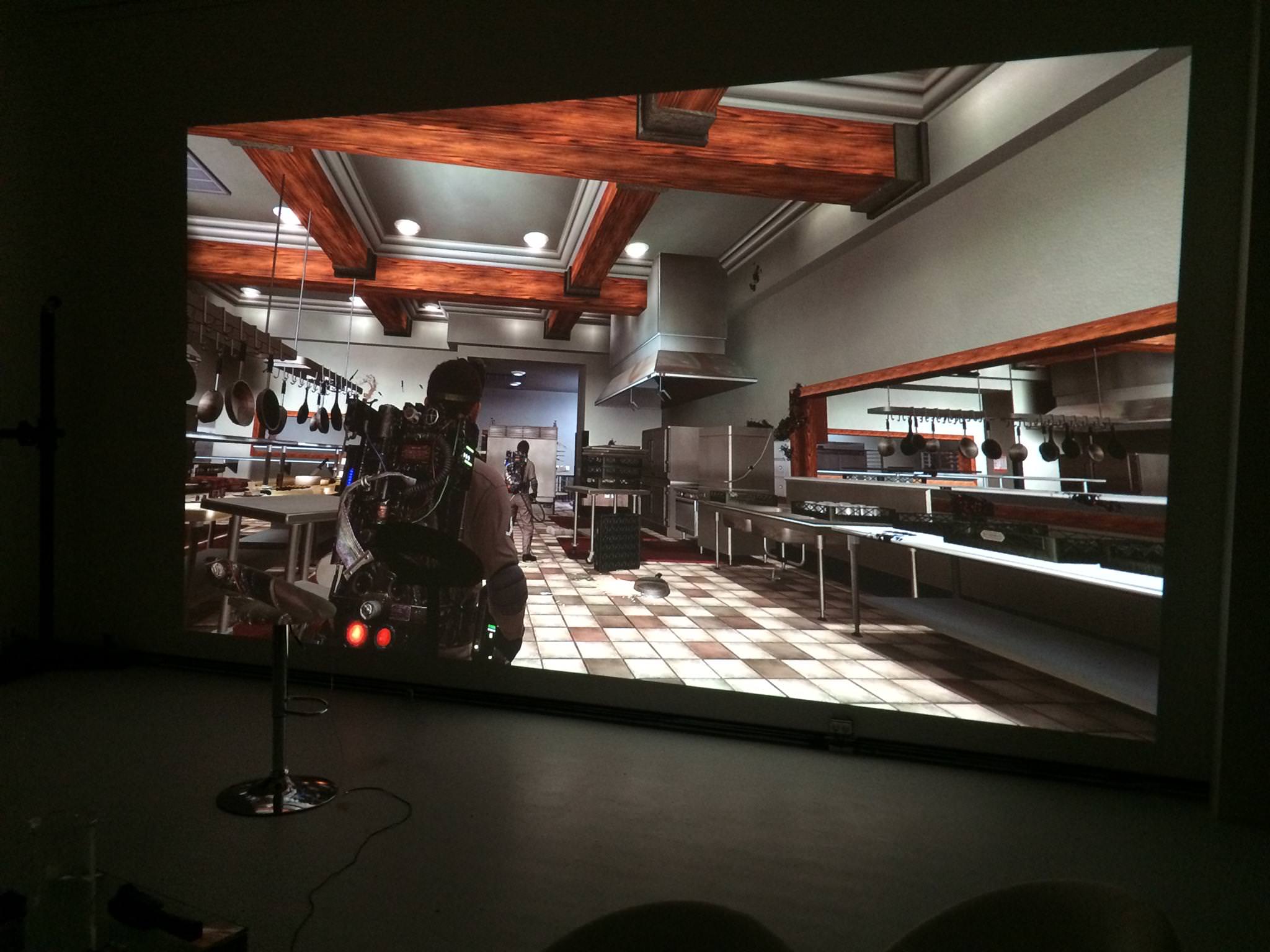 3D effect not visible on a screenshot. 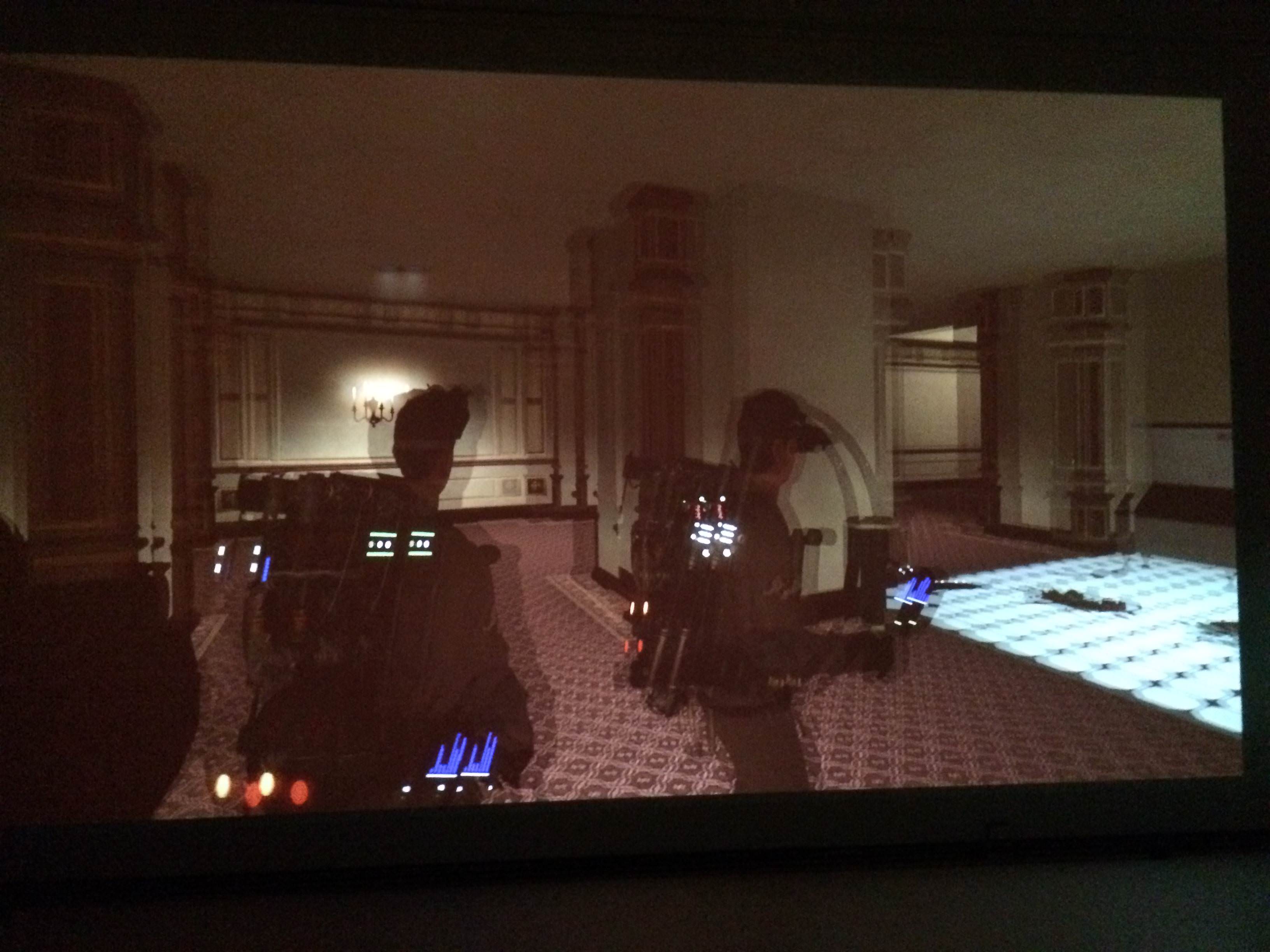 This is a video:


For those interested in architecture and technology, this is a summary of the systems used:

Each group is independently programmable via IP to any static or dynamic (motion) colour scene of up to approximately 17 million individual colours.

Lux (lx) levels have been calculated for each surface and are user adjustable for light temperature in Kelvin (K).

Experiments are currently being conducted to augment the lighting system with electroencephalographic hardware which allows neurocontrol. This involves augmenting the Cuecore with proprietary middleware to detect and alter light scenes using intercepted human delta, theta and gamma brain waves and other biosignals.

The hyper minimalist loft features a home theater with a 300 inch (7 meter) screen and a 3D IMAX projection system. Accompanied by a Dolby Atmos sound system including invisible speakers plastered into wall coves.
Last edited by One time on November 19th, 2018, 12:46 am, edited 2 times in total.
ccv66, Smeghead liked this

I am unbelievably overwhelmed both with jealousy and envy. The technology and the architectural design are stunning. What/how are you post-converting the 2D game?

I am unbelievably overwhelmed both with jealousy and envy. The technology and the architectural design are stunning. What/how are you post-converting the 2D game?

Thanks for your kind words, I truly appreciate it.

Basically the game has built in NVIDIA 3D support on the PC. It has since its release in 2009. Using the standard NVIDIA display driver there is an option to output the game to any 3D capable display device right out of the box.

There were always a few glitches though. Helixmod is a site that attempts to "fix" developer glitches for running games in 3D. Thankfully it also features a GBTVG entry.

When you get it right, it actually looks like the Matty Collector figures have come to life in 3D at 1:1 life size scale in the same room as you. It's weird.

1. Helixmod has some updated files you put in the root folder of the game that help with certain overlays.

For the DX9Settings.ini file in the root of the game folder (a control file of Helixmod), this content works best:


The effect may be too much for your liking but you can always turn it up or down using the Hot Keys.

The keys . and , switch between 3D and 2D mode for when you bring up the menus on the PKE (that's the only place the 3D messes up) so you need to hit the , key.

2. As for antialiasing (use the 10C5 flag), a lot of people are saying that SGSSAA is the best type but that is actually not true.

Actually HSAA (+FXAA) is one step beyond SGSSAA. It provides the same smoothness, gives a sharper image (you can tell from the clock face at the station) and performs around 10 fps better for minimumfps.

I've tested it a few times and eventhough it's hard to believe, I'm 80% sure you actually get more random dialogue amongst the characters the higher your FPS is during "firefights". Things like "watch your back", "to your left", "duck", and the short (non-story) conversations. It's like the dialogue triggering events have a higher sample rate. So HSAA (+FXAA) weirdly also yields slightly more (random) dialogue than SGSSAA.

These are the Nvidia inspector values:

Here is the rest: 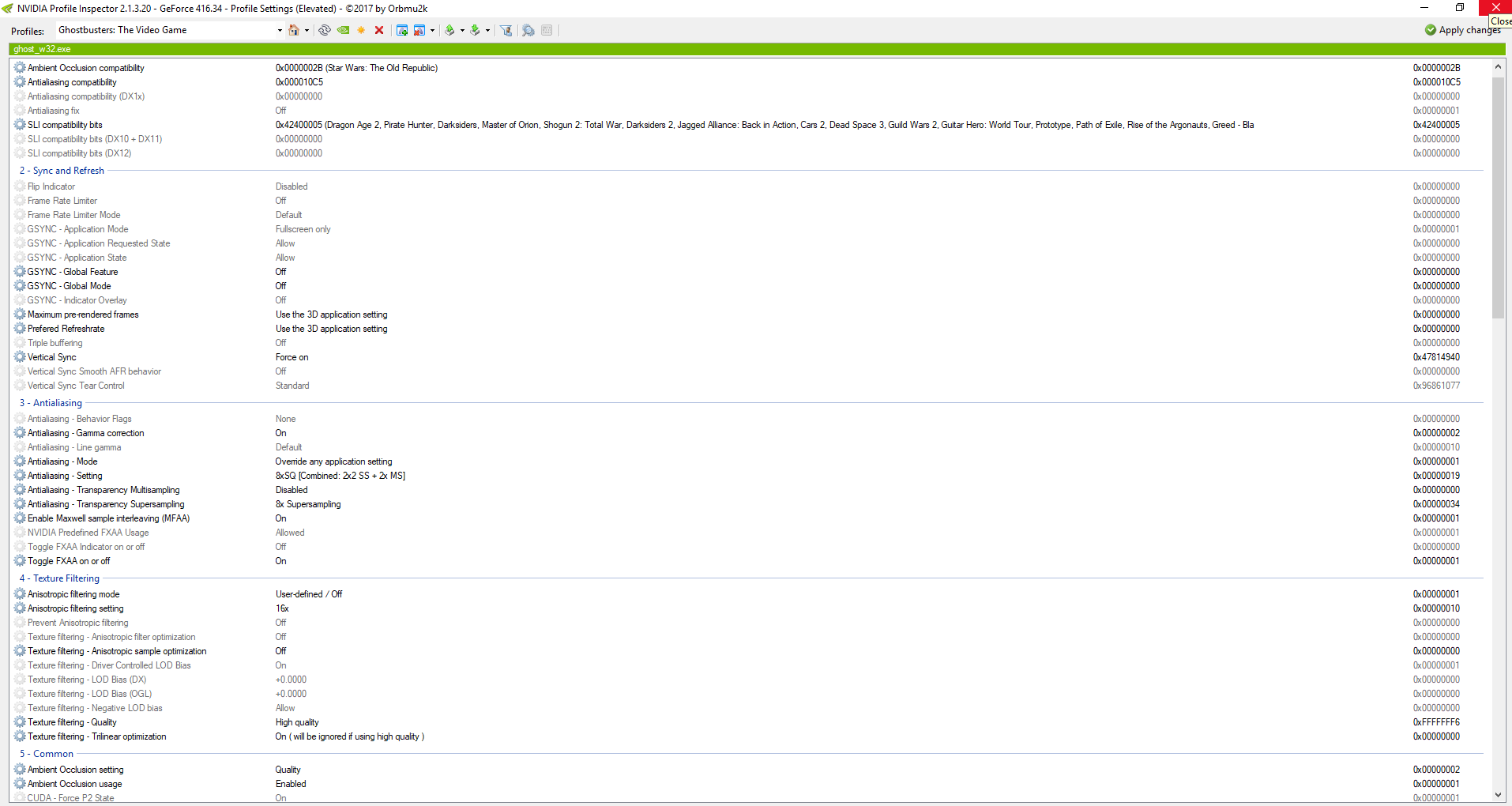 For the AO Setting (use the 2B flag) set it to "Quality" and not "High Quality". As HQ gives the exact same picture but drops fps by 5.

All in all unfortunately the game is not superbly optimized. Even on the best gaming processor money can buy there are sometimes still dips to below 60fps in 3D. It was apparently the first game to be able to utilize more than 4 cores and will take whatever you can throw at it in 3D. The GPU makes little difference, but overclocking the CPU instantly increases 3D FPS slightly, so it is really CPU bound even on the latest hardware.

Let me know if you have any more questions.

Oh dang, these are great!

Yes indeed, I eventually want to make a metal pu[…]

The rest of my stickers arrived. Frame mounted, bu[…]