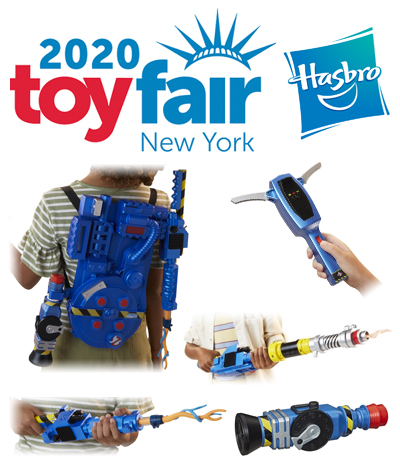 Ghostbusters: Afterlife may still be a quarter of the year away from cinematic release, but the merchandise machine has already kicked off for this weekend's New York Toy Fair, and the first wave of Hasbro's toys which'll be released to coincide with Ghostbusters: Afterlife are destined to leave fans with a strong sense of nostalgia and déjà vu:

Ghost Blaster M.O.D. - Consisting of a light and sound version of the standard Proton Blaster, this toy comes with "Blast 'n' Trap" fitting, which will allow the user to "trap" a Ghost, and a "Plasma Stream" fitting, with a more powerful proton stream. Both fittings can be combined, or attached on three separate connection points on the Ghost Blaster. $29.99

P.K.E. Meter - Featuring lights and sound, the P.K.E. Meter is activated by pressing the red button, which raises the detection wings, and the built-in electronic features are activated by moving the meter. $14.99

Ghost Whistle - Featuring over 20 sound effects, including those inspired by Slimer, Stay Puft, the Terror Dogs, and the Muncher, the Ghost Whistle is activated by blowing air through the mouthpiece. $14.99

Visit the topic to view for a better look at the product photos.
Coover5 liked this
What would Ryan do? 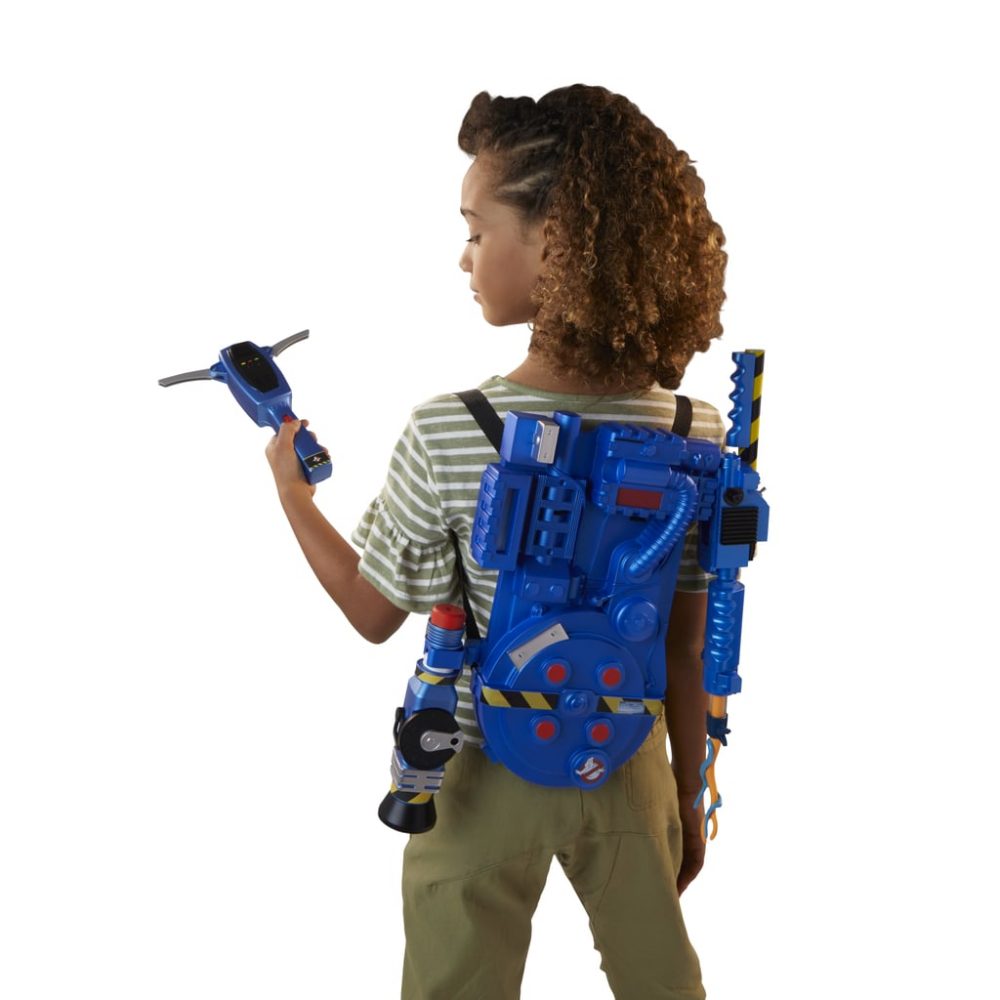 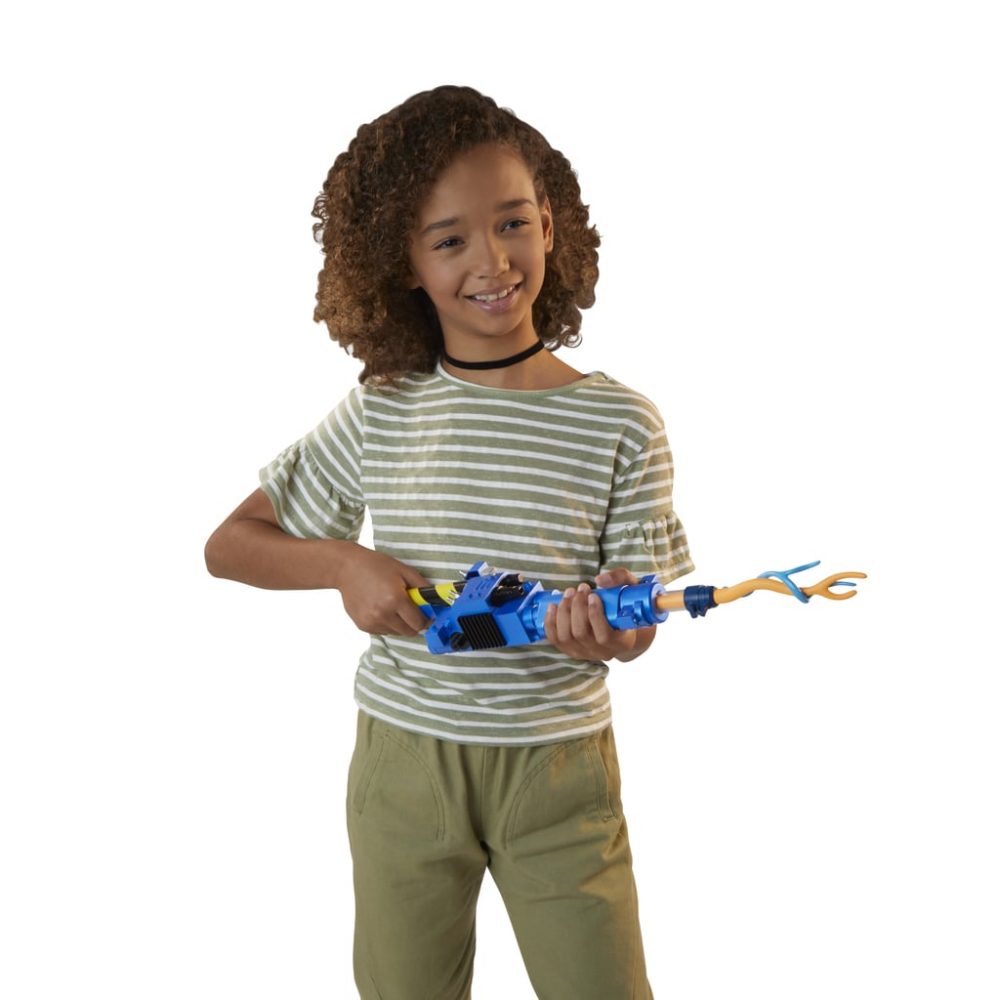 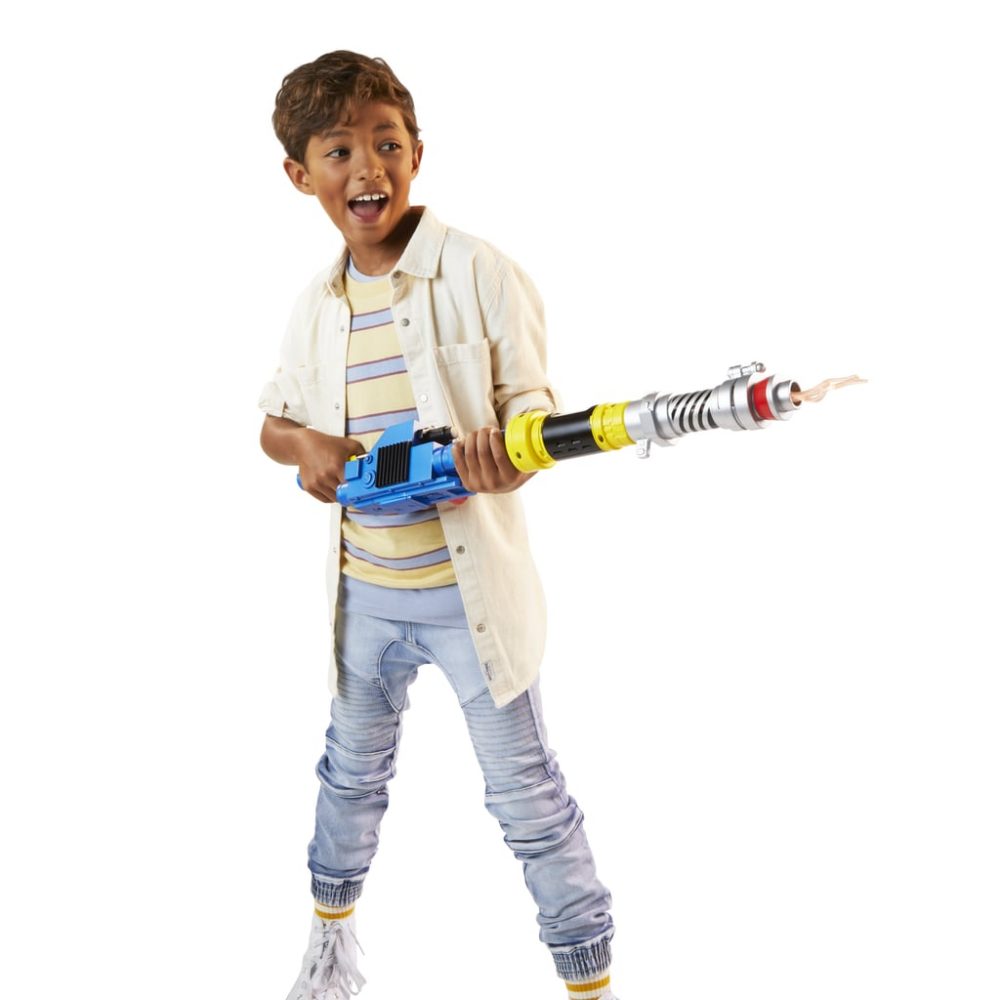 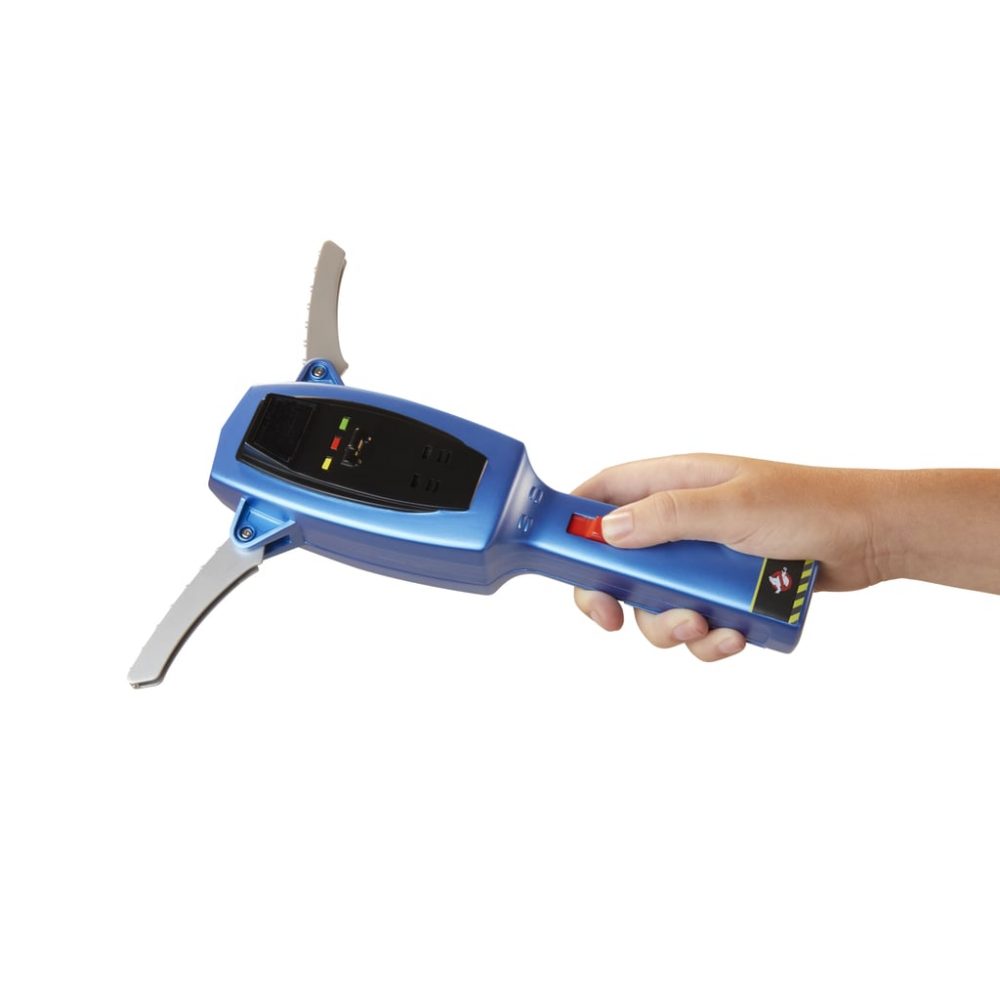 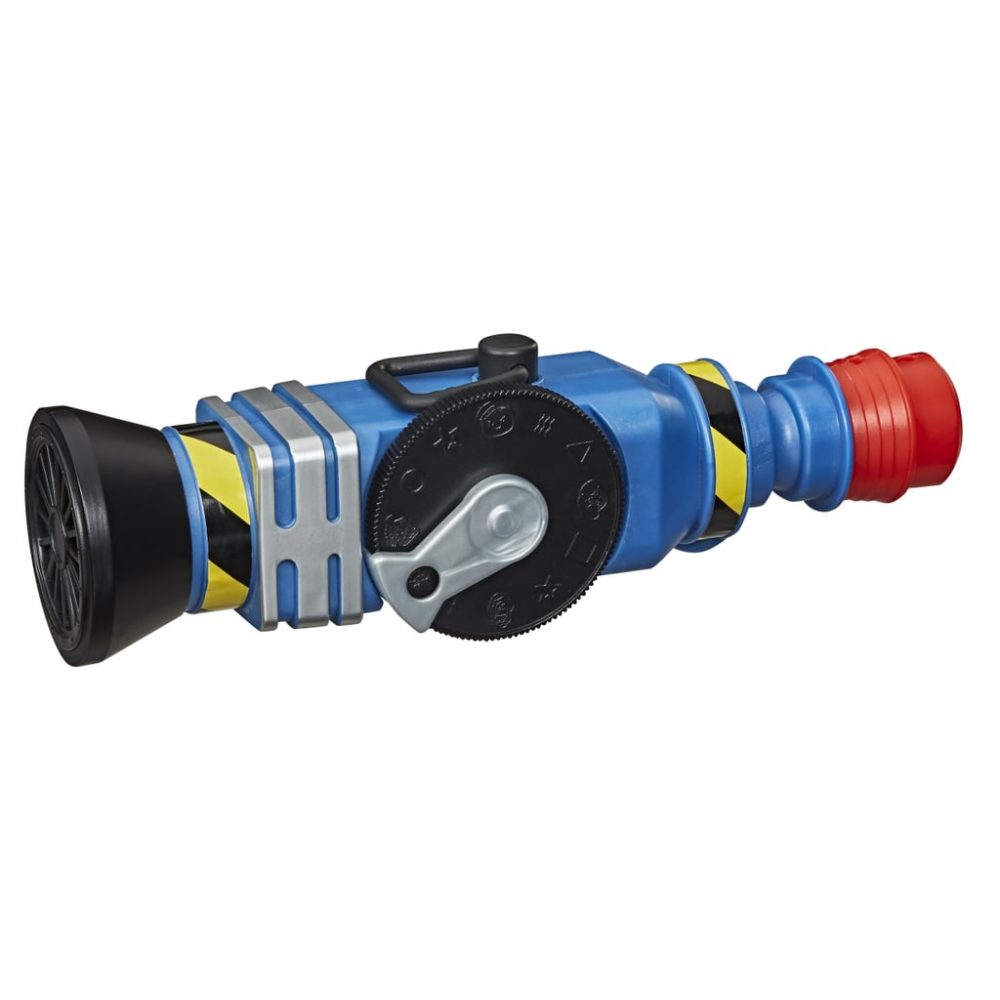 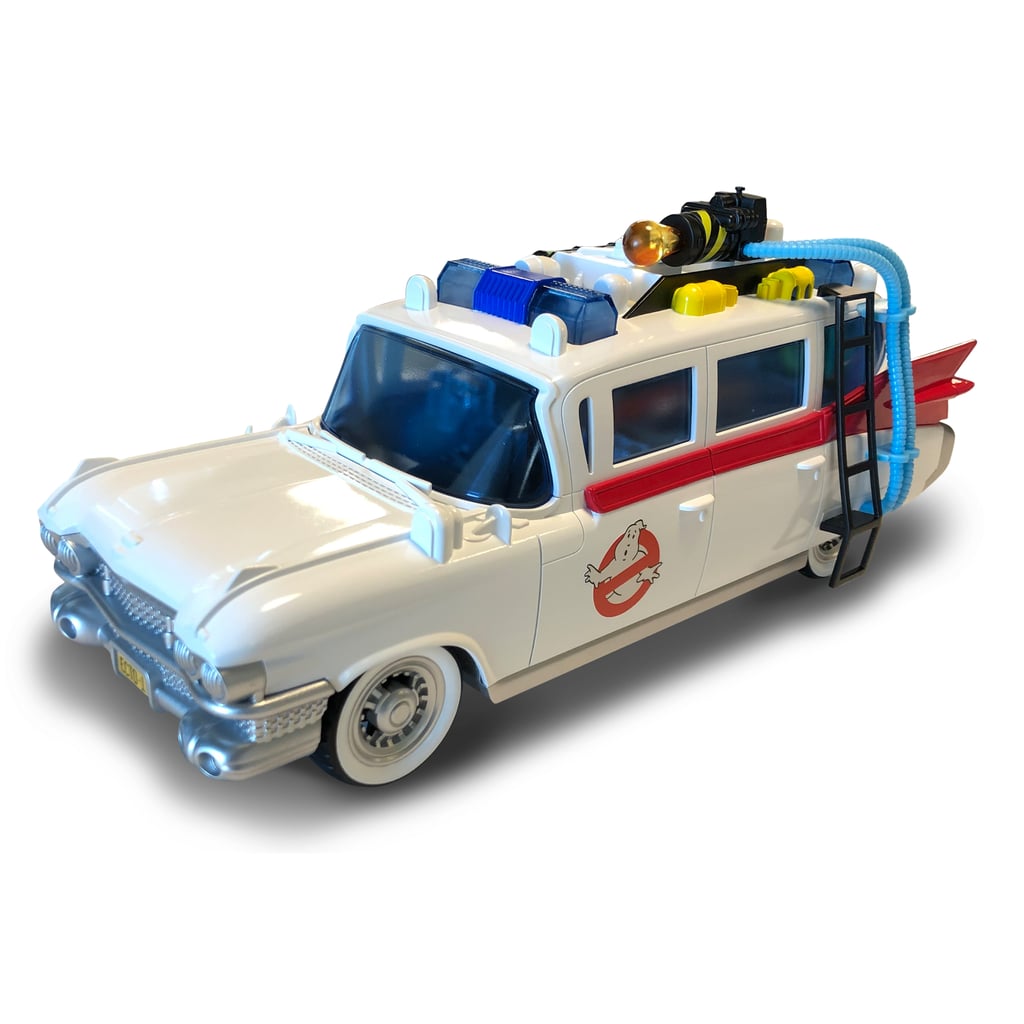 AlTheRelic liked this
What would Ryan do?

Except maybe... ghost whistle? Is that a thing from the film do you think or a cash-in toy?

GHOSTBUSTERS GHOST WHISTLE
(Ages 5 and Up / Approx. Retail Price: $14.99 / Available: Summer 2020)
Who you gonna scare off? All the ghosts around, with the new GHOSTBUSTERS Ghost Whistle roleplay item, inspired by the new GHOSTBUSTERS: Afterlife movie! Featuring over 20 spooky and hilarious sounds, kids will have ghosts flying for the hills. By using the dial to select the classification of ghost to scare off, kids can blow into the accessory to activate the ghost-repelling call! Available at most major retailers nationwide.
GBfan_CH liked this

I am defiantly adding these to my collection when they come out. Also I am thinking about getting some of the other toys for nephews and my niece.

The "Fright Features" figures, may depend on how they compare to the RGB guys.
12-17-19: Ghostbusters: Thirty Five Years Later

If you're a Pulse Premium member, you get first dibs on the Spengler wand, until 4pm. I grabbed two.

I just got everything through BBTS. I don't mind paying extra just to not have to go through all of that extra Pulse bullshit. The six figure Plasma assortment came to $150 with tax and shipping.

According to the presentation, they were supposed to be on walmart.com at 4pm est. So far, they have not appeared on the website. However, they are all up on Zaavi for preorder, which I have never heard of (I guess its a UK based store and the prices are higher than the US). I don't think I am allowed to link them. Personally, I am waiting for Walmart to get their act together.

Also hello nurse, is that a £99 proton gun replica as well???

However, they are all up on Zaavi for preorder, which I have never heard of (I guess its a UK based store and the prices are higher than the US). I don't think I am allowed to link them.

No, you're good to link to them.

Zavvi is the reformed U.K. arm of Virgin Megastores, after the Megastores went belly-up around 2007.

U.K. arm of Virgin Megastores evolved into after it went belly-up. For a while Zavvi existed in physical stores formally occupied by Virgin, before it became an online-only retailer.

Also hello nurse, is that a £99 proton gun replica as well???

Just remember it's practically identical to the MattyCollector Thrower.
What would Ryan do?

The parking page for Hasbro NYTF products on walmart's site have all the classic Kenner figures listed except Venkman and are also not live yet. They've been this way for hours. I know because I have been on their site all morning.

thanks for posting that but I just looked for that myself as an independent search and I could not find it
I will keep looking
if you see that the keener ones come up please post, much appreciated

Yeah, I just mentioned that they are not searchable. The links are there and you can pre-order them but they will not come up in a search. One of the main reasons why Walmart sucks for exclusives.

well its still appreciated mate
910dohead liked this
"OK, who brought the dog?"

Just remember it's practically identical to the MattyCollector Thrower.


Perfect, because I don’t own any throwers yet and I gather this was a good replica.

If I recall correctly that Afterlife Ecto has already been priced for $30. But I can't seem to find prices for the Fright Feature figures. Do we know what the price is for those? 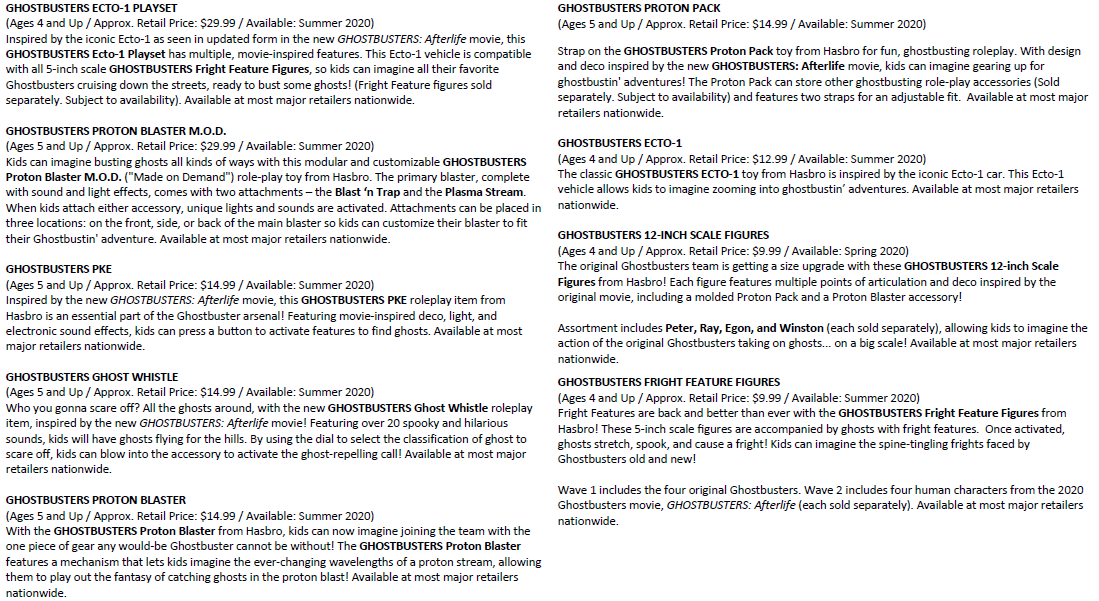 All information comes directly from Hasbro's newsroom, which is located here: https://newsroom.hasbro.com/media-library. Yes, the classic Ecto-1 is planned but wasn't shown at NYTF. Not sure if that's the original Kenner one or something new? What they did show us was the Ecto-1 Playset that is for their Fright Features line.
Coover5, deadderek liked this

can mod them and add a hose) I think these really speak to a lot of us who had the RGB blue pack, trap, meter and such. Obviously done for that nostalgia which from most of our posts here...worked. But for those who can't wait to outfit their kids in these It's a very fun time to be a GB and an GB parent
"Well that's fine Lewis...we got arrested at night" *head slam*

Well now I motivation to survive the pandemic at l[…]

I love this idea. I currently store my uniform (as[…]