/s
November. IN A MOVIE THEATRE!!!

Seems like if you have a Hy-Vee nearby, you may be luck.

Alphagaia wrote: ↑April 15th, 2021, 12:54 am Regarding all these food related poisons, I'm scared the American Ghostbusters are a dying breed.
/s

Honestly, these are so much less sugary than the original cereal. I think these are just dyed Kix with some marshmallows here and there.
SpaceBallz liked this 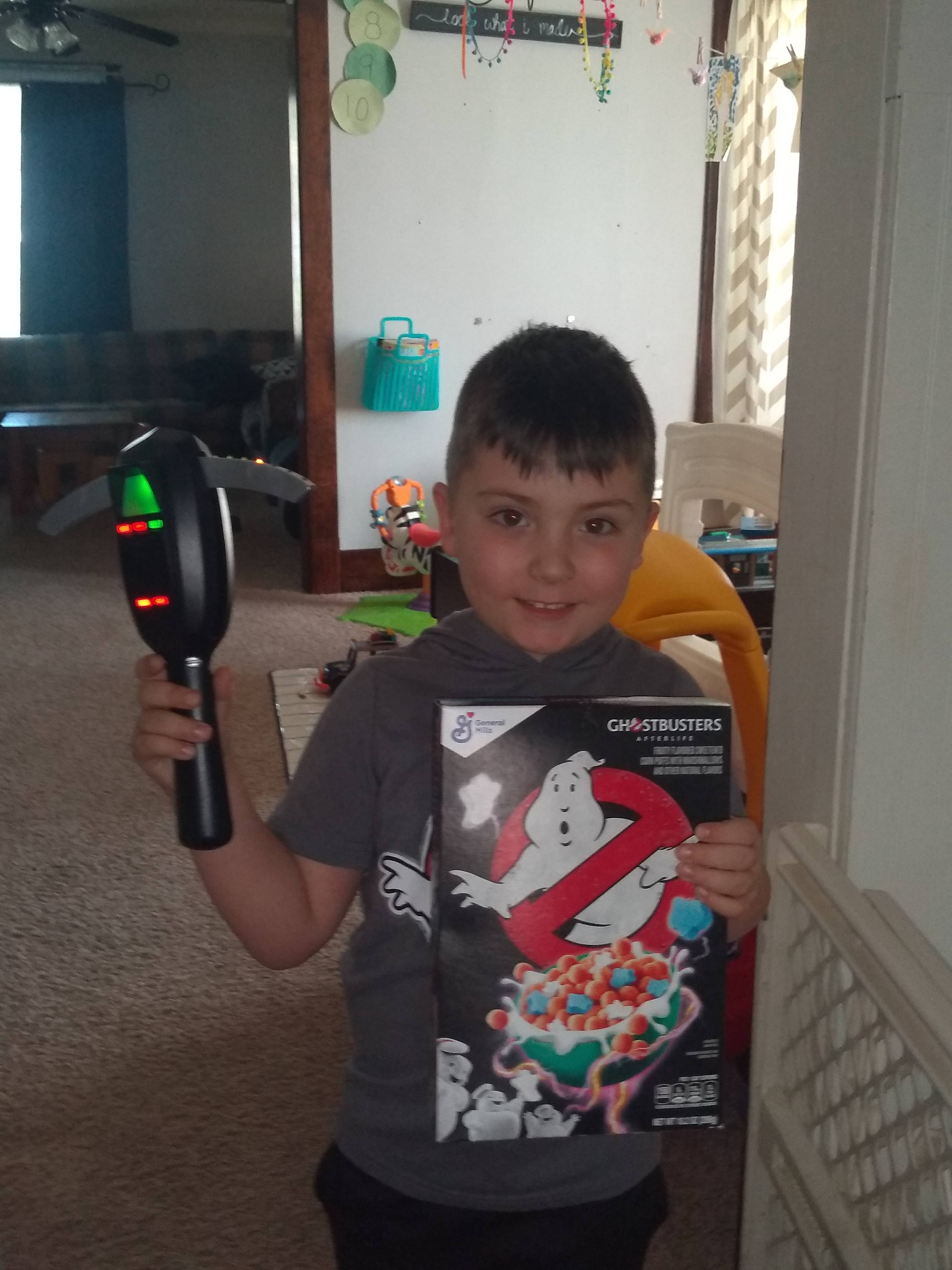 timeware wrote: ↑May 5th, 2021, 5:53 pm Havent even found it on my side of the country yet. Iv'e seen shelf space with the Ghostbusters tag on it, but nothing. Hope this isnt a one time shipment. i'm not paying 40 a box on amazon.

You find any yet?
"Ok. opening at number 2, to sub 50 million, next to the 2nd weekend of an animated kids movie, is NEGATIVE. Let me just clear that up right now. There is no middle ground on this. Studios DO NOT spend 100 million in marketing money to open at number 2. No sir. No. No. No. No." - Richardless

Walmart still has the listing for the family size up but no availability and no shipping.

Did Sony put a halt on sending more shipments to stores to hold it back just a little longer?

timeware wrote: ↑May 5th, 2021, 5:53 pm Havent even found it on my side of the country yet. Iv'e seen shelf space with the Ghostbusters tag on it, but nothing. Hope this isnt a one time shipment. i'm not paying 40 a box on amazon.

You find any yet?

Not at all. It's like Ecto Cooler all over again. I really hope we get more shipped out.
deadderek liked this

I've been checking out all my supermarkets and nothing so far but the last place I checked had the "Space Lucky Charms" so they could've been a floor display and sold out. I have noticed that the other tie in General Mills Cereals are off of the Walmart shelves near me, One being the Madalorian and the over being Pokemon. They seem to do at least two Franchise Tie ins at the same time using the flavored corn puffs and Marshmallows so Walmart clearing their previous stock is a good indicator they are getting ready for the Ghostbusters Cereal as the Mandalorian and Pokemon Cereal has been sitting on the shelves for months.

I'm going to be patient with this cereal and not give in to the scalpers because I truly believe this cereal is going to be sitting on shelves for months and any stock that doesn't sell that still has a good expiration date will make it to stores like Big Lots.

As for the situation with Ecto Cooler, well I knew someone that operated a Business and had a Coca-Cola account and they told him "they sold no such thing" and even the Coke Representative claimed they didn't make it until I showed him a can of it. After seeing a can he admitted that Ecto Cooler wasn't something that was suppose to go Nationwide, hence the short expiration date.
deadderek liked this

Between the cereal and the Twinkies...that's aweso[…]

I got pretty far into the game (to the Sedgewick w[…]

Given how good The Simpsons are at predicting the […]