I wanted to start collecting the classic Ghostbusters equipment and decided I'd print out a set of Ecto Goggles. Seemed like an easy enough task for the time being. I picked up this file from Thingiverse: https://www.thingiverse.com/thing:4055803 simply because it had all the parts. There appears to be more holes than I'd need, but I plan to spot fill and this serves as a solid foundation. Should be pretty light weight to wear too. Bonus.

I've started the print here and am using the Sideshow Collectibles images for reference, as well as the item it's based off:
https://www.sideshow.com/collectibles/g ... oup-906162
https://www.gbfans.com/equipment/ecto-g ... vs-5a-nvg/ 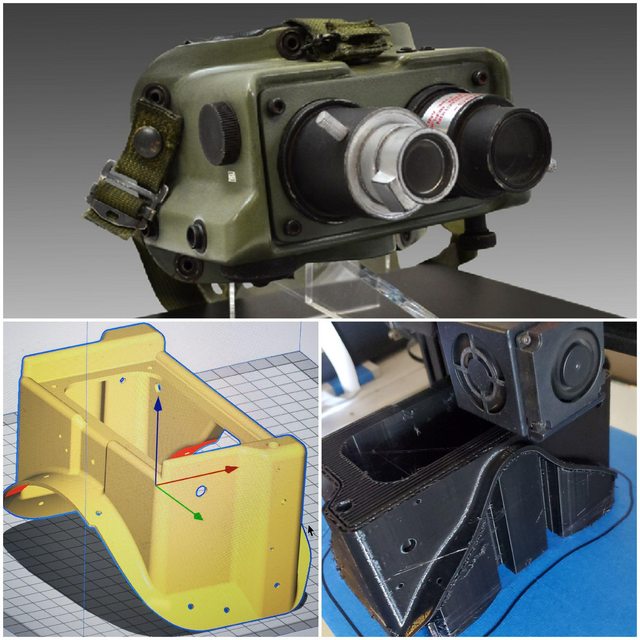 I've rough sanded the 3D print (PLA) and put down a coat of filler primer to dry over night. Huzzah. Progress. 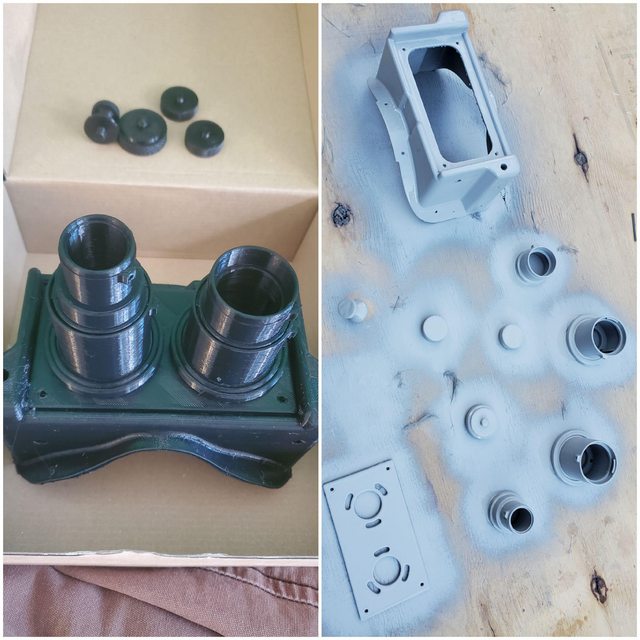 Lastly, I've picked up a metallic vinyl sheet from GBFans Shop. More than I need, but the goggle set is there. They're cool decals anyhow.
https://www.gbfans.com/shop/goggle-part ... yl-labels/

I haven't decided on color. I'd guess olive drab...? Pretty cool. I hope to finish the primer layers tomorrow so I can put down some color! Straps should be here in a few days, decals by end of month. Still need to sort out how to make the padding. Fun times. Easy build.

by tobycj
I painted my goggles with Tamiya TS-28 and think it looks great, but there's no real consensus as to the most accurate colour.

by Sea_Marshall
I filled and sanded 3D print lines until I was happy then gave everything a black canyon base coat. The side knobs, power, and battery cover got flat black. Goggles and front panel got Hunt Club Green. 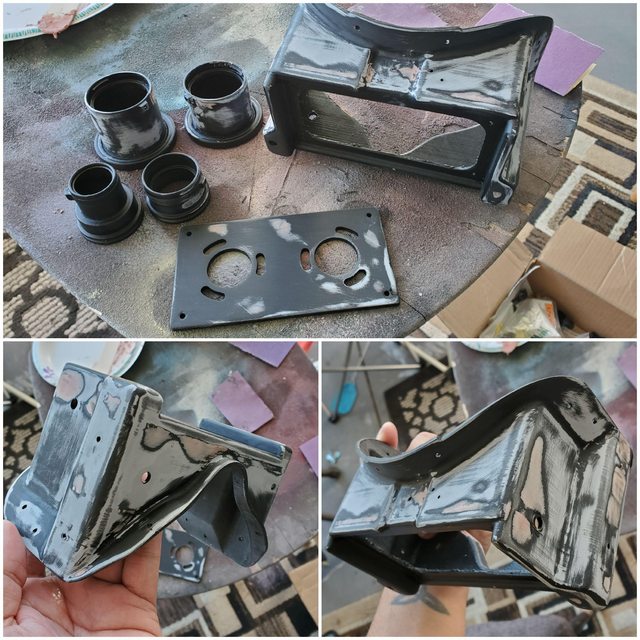 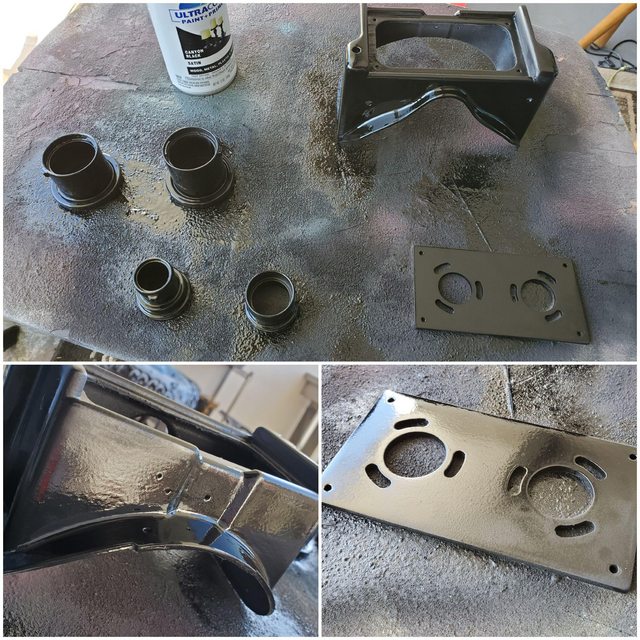 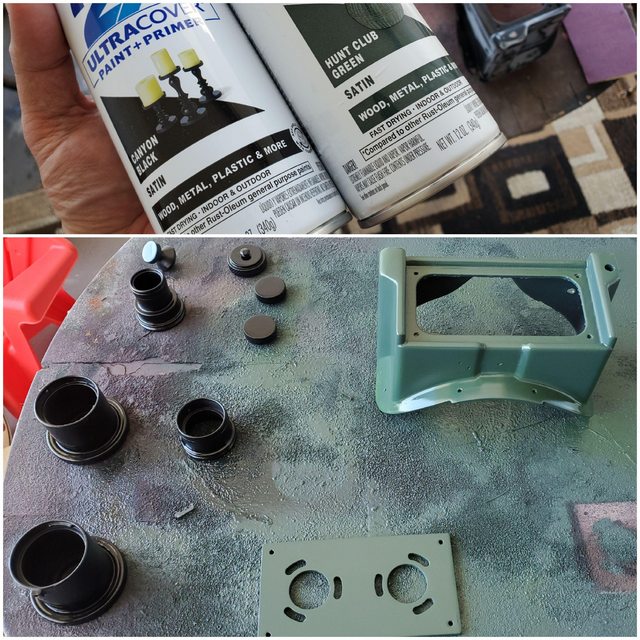 I revisited the pre-printed holes around the goggles and drilled them out for proper sizing. Everything screws in for a tight fit without the need for nuts. 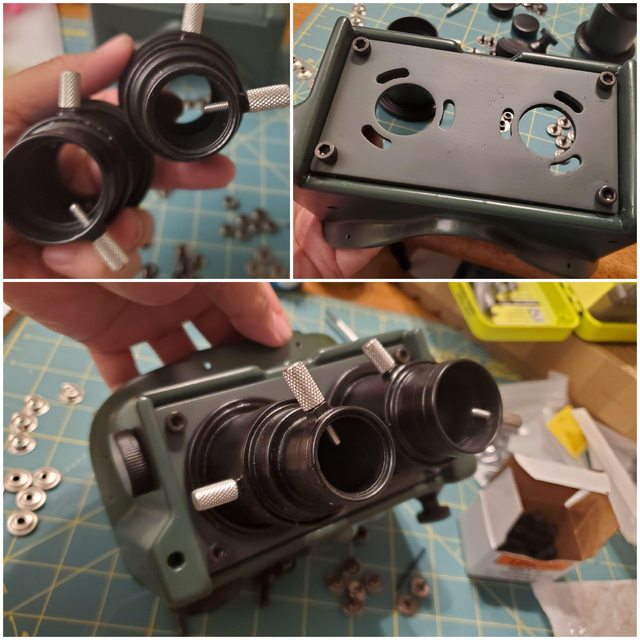 As I built out the goggle frame, I filled extra holes on the model, but I forgot the large hole at the front. I thought maybe I could use it for an indicator light of some kind, and then was like, "hey I could put on killstripes and fade it to the red indicator light!" so I masked it off and did the Empire Strikes Back fade. Then discovered I didn't have an indicator light... but I had a spare borden connector from a Boba Fett helmet that fit. I can always pop it out for a light, but it seems appropriately suited for the spot. 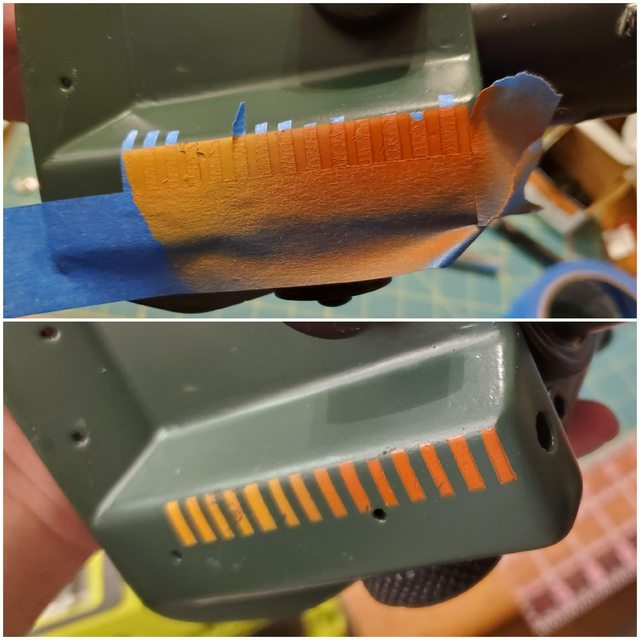 A bit of nerdom, the kill stripes are on the wrong side of the goggles vs the helmet, but I wanted to leave room for the awesome decal/stickers from GBfans! Woo! Decals look awesome! They really make the prop happen. The metal bits are also a nice touch.

On the topic of metal bits, I managed to scrounge up 6 snaps in black and 3 snaps in brass, both in different sizes, but it worked out. I snapped the brass set on the head strap. The 6 black snaps were just super glued into the plastic for the look. (I'll figure out the padding later) The 3 brass snap were screwed into the pre-printed holes then glued into place. I got the quick release buckles that were closest to the image. I didn't bother with found parts anything on this build. Stickers probably cost the most lol. Maybe one day I'll have a hero pair of goggles. The phillips head and washers are all decorative. 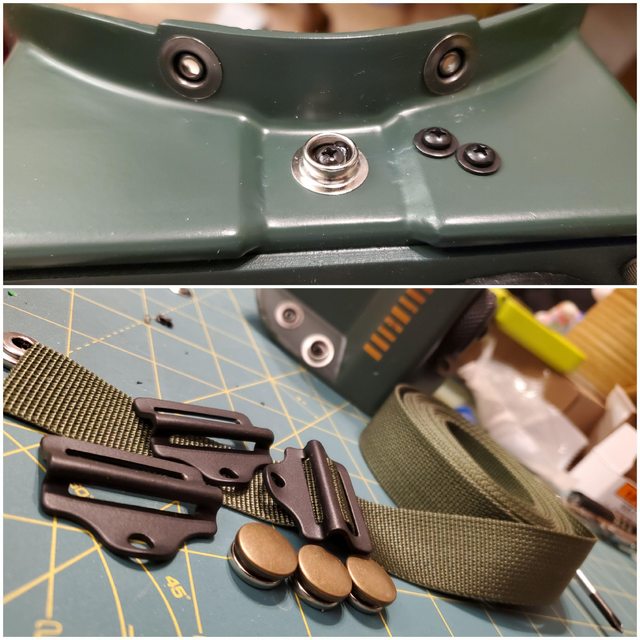 Here's a look at the tops and bottoms. The on/off button moves but does not function. The Battery Cover is glued in place: 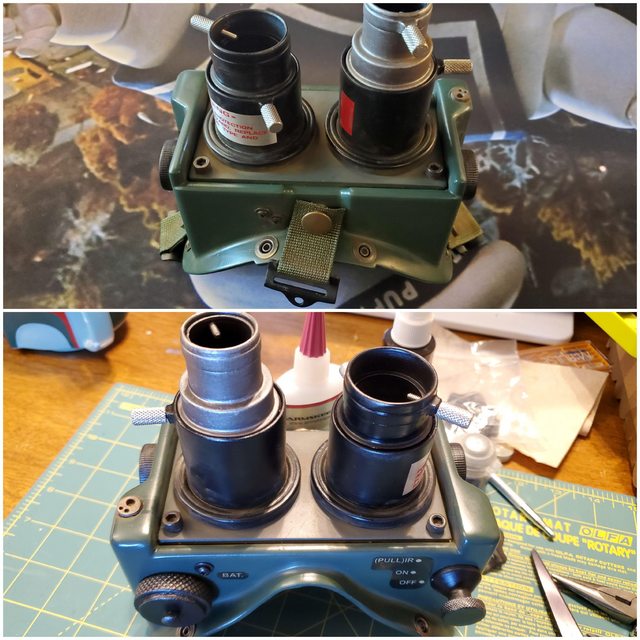 Here's the mostly finished pair of Ecto Goggles. I used an 'dark earth pigment' which is basically a powder, and dusted the whole thing to give it a bit of depth. Fun build! Still needs lenses, then I can plug in some green internal lighting. And face padding. I have a VR pad somewhere and I'll wrap it with some vinyl or something.

It would be cool to upgrade to aluminum lenses. One day. 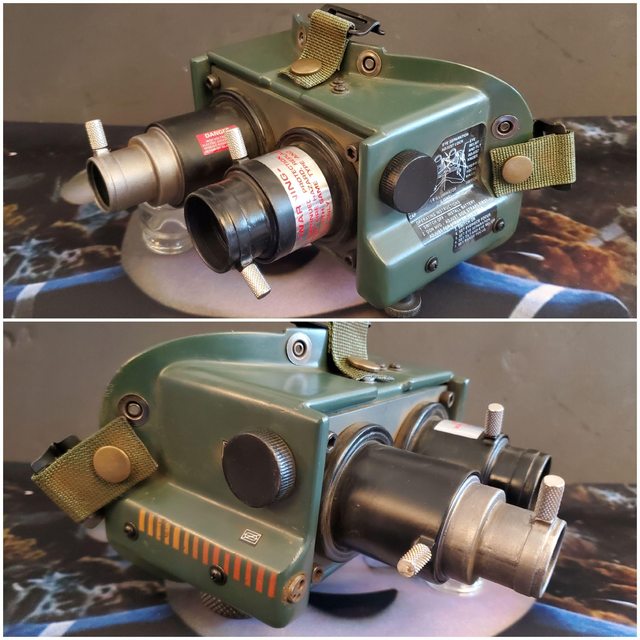 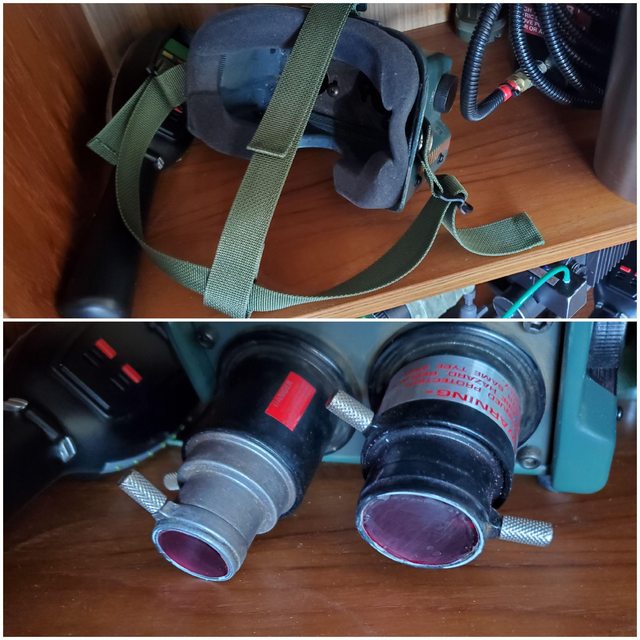 I happened to have a sheet of red acrylic so I cut and sanded out a set of lenses and glued them in. The strapping for the goggles is just nylon straps looped and buckled. It can be worn on the head or clipped to the belt. The face padding is from a VR headset spare. Those velcro into the goggles, so I just installed velcro onto the 3D printed frame. Huzzah. Easy to swap out if it gets gnarly. Might do some lights but not planning to do much more to these. Great starter pair.
All times are UTC-06:00
Page 1 of 1
Powered by phpBB® Forum Software © phpBB Limited