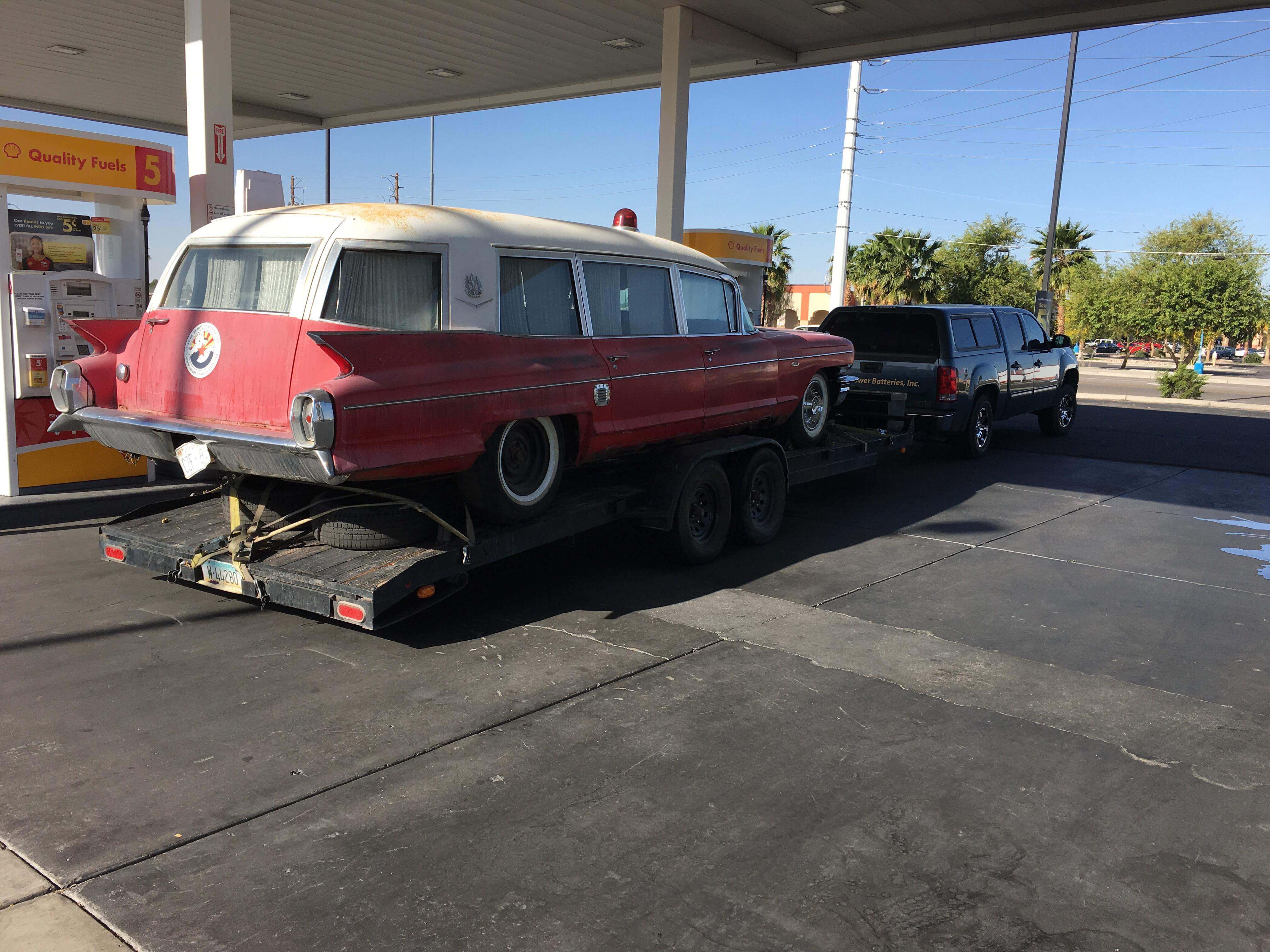 NotSabbat, Kingpin, One time and 7 others liked this

1. New brakes and break lines.
2. Rebuilt the carburetor.
3. New spark plugs and general tune up.
4. Did a little rewiring as there were a few lights not working and one that just remained on.
5. Cleaned the gas tank and replaced the fuel lines.
6. New exhaust.
7. New tires/battery.
9. Flushed all the lines and replaced most of them.

So in short, she starts and stops now. We did find that she doesn't want to shift above of second though, so top speed at the moment is 30-35 mph. When we flushed the transmission, we didn't notice any debris that would indicate a major problem. Not too familiar with transmissions, especially the older hydramatic ones so its tough to say whats going on there. I have a guy that's going to take a look and see if it needs to be rebuilt or replaced but been hit pretty hard this Christmas/New Years/Taxes/etc. so I am waiting until Feb to drop it off to get the bad news lol.

I have some pictures that I can post later when I am home from work. Next steps will be to start on the body. Lots of rust there and probably the most concerning as it's going to take a lot of time, effort, and money to get it straight. Good news is that it will get there.

As for paint, it's going to get the 1a treatment. I dig the red too, but I want to get it as close to the 1a as possible. I still have some time there as the transmission and body work are the pressing items.

I will say that I have been slowly gathering items for the roof rack as I find them (at least deals on them). So far I have picked up a sonobuoy, 1 code 3 force 4 lp (finding the correct lightbars is tough but the LP at a glance is pretty close), a whelen edge 9000 bar, satellite dish (looks pretty close with a few modifications), and some parts to start fabricating the MK II cross-section sensitivity unit/radome antenna/etc.

The biggest concern I have at the moment is the finding something that works for the Proton Charging Tank around sizing that doesn't weight a million pounds but also wont degrade in a short amount of time. I have some ideas around fabricating one, but I think I am getting ahead of myself there as I need to stay focused on body/transmission work.

This was a test of the siren from when she first got dropped off. My neighbors love me if you couldn't tell:

The video below is of her first start up. She's a little rough at this point but she starts and has since been tuned up:

This was a test test drive from after we got her tuned up. She sounds much, much better here:

I’ve been contacting some modelers to commis[…]

Oh dang, these are great!

Yes indeed, I eventually want to make a metal pu[…]