Ecto-2k: Is This the One from the Movie?


When are you comming to Maryland and Mind stopping by Baltimore so I can Buy you a Well Deserved Beer and pizza??

TheRockman wrote: At this point they're becoming so common, I'm expecting someone to post a thread on how to convert a Matty PKE into a shoe polisher.

I really think it needs push bars and nerf bars though. 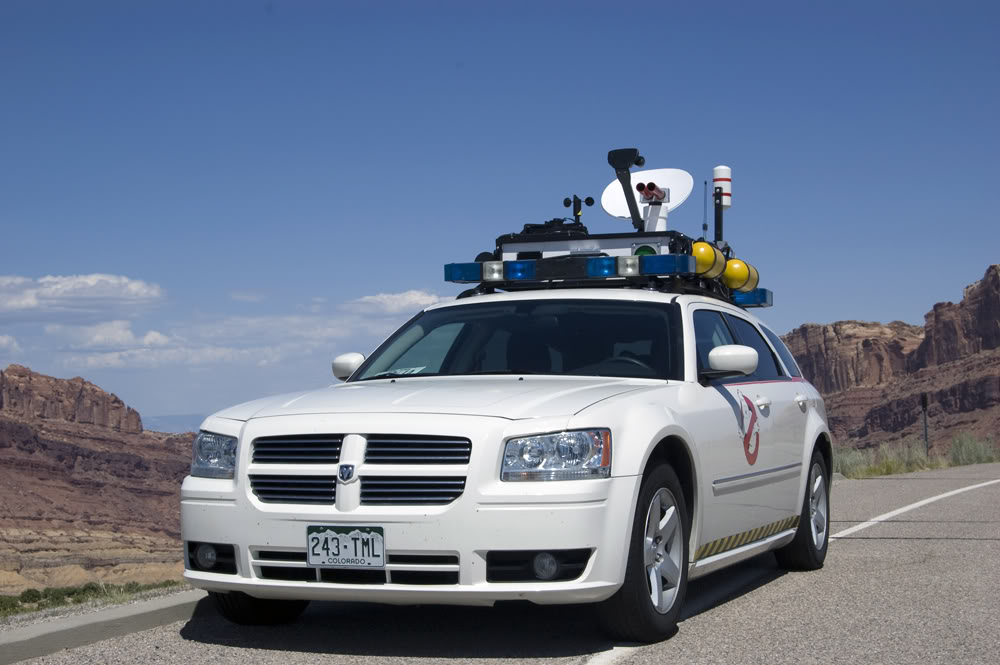 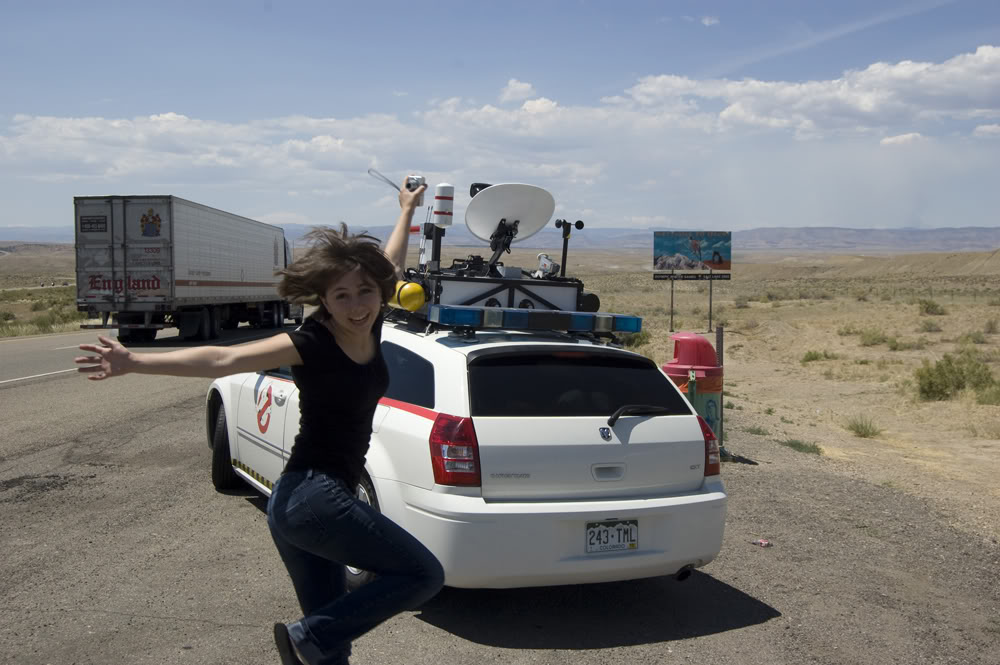 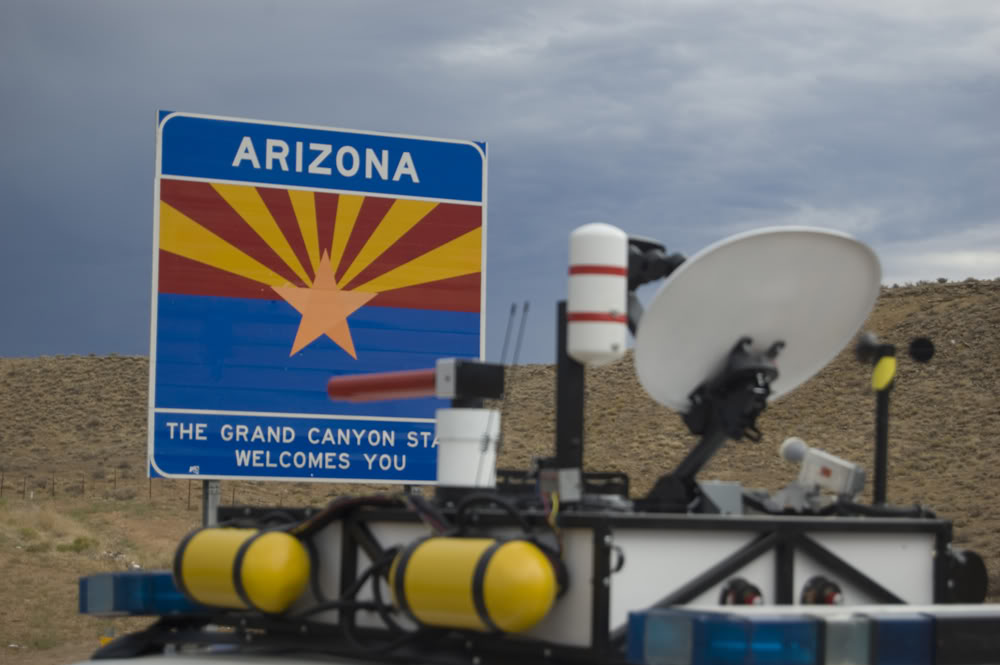 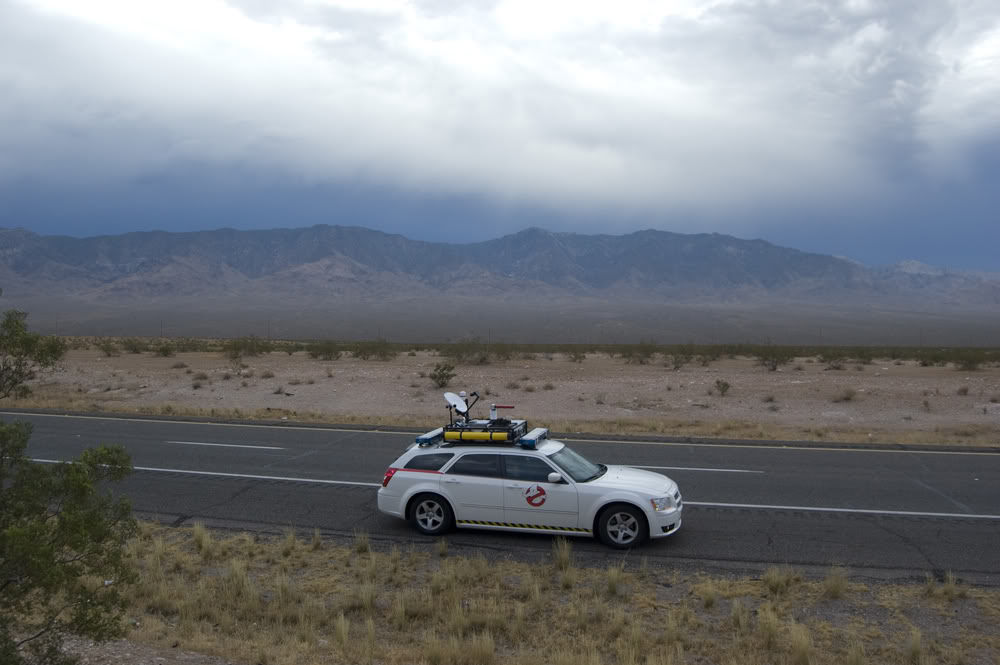 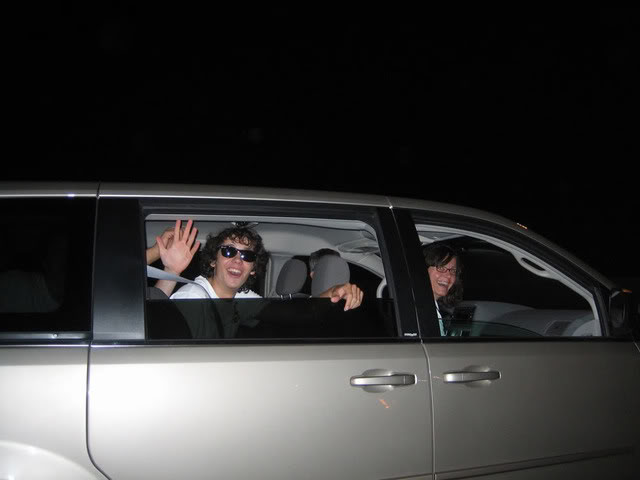 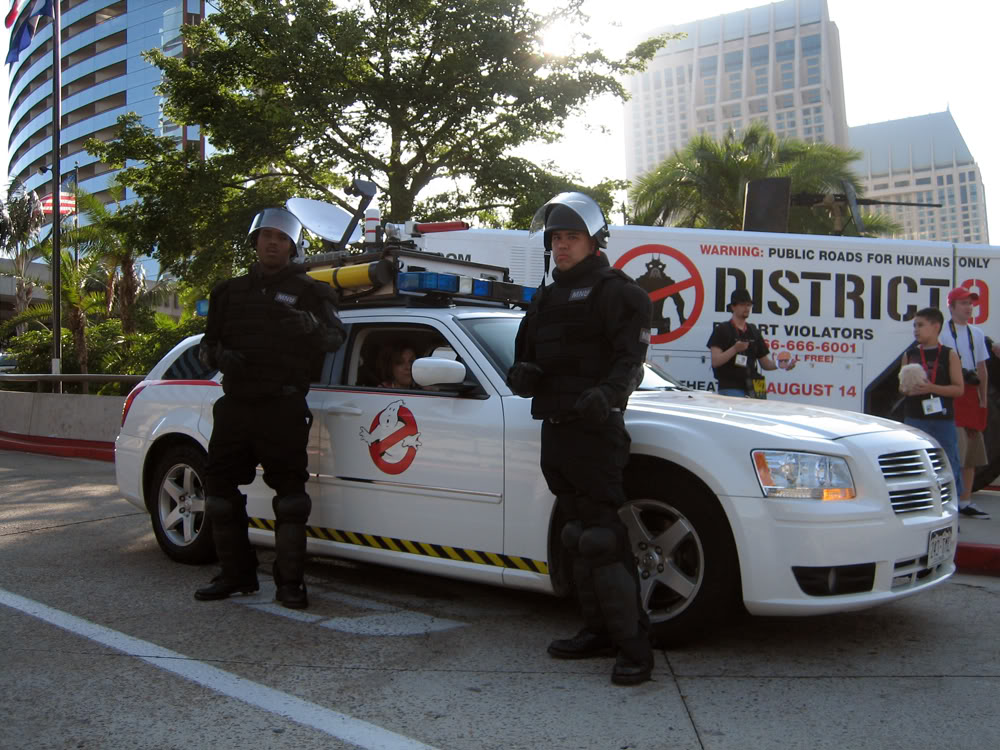 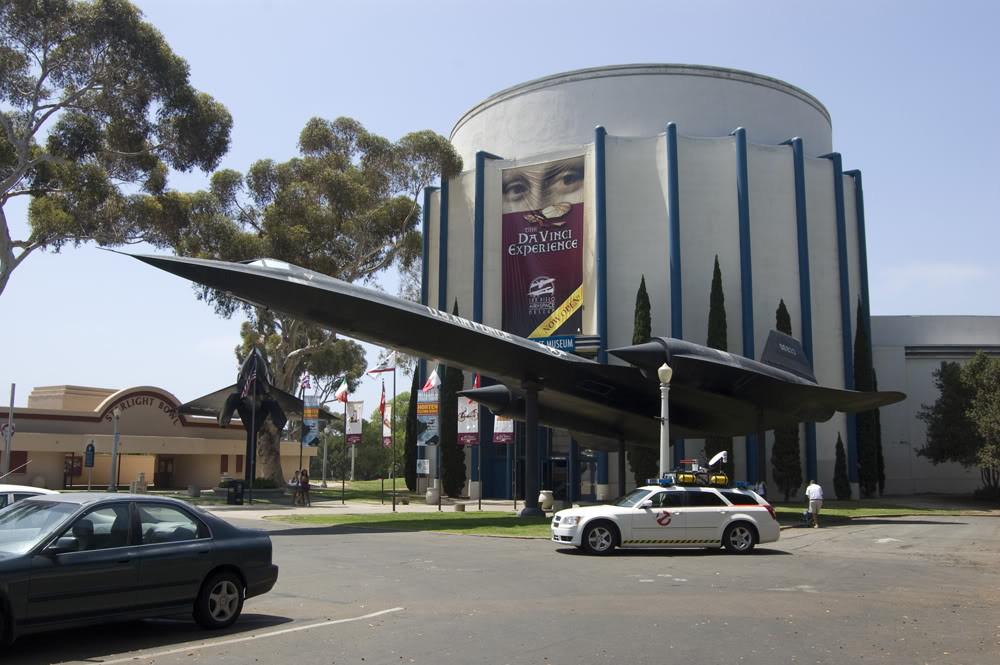 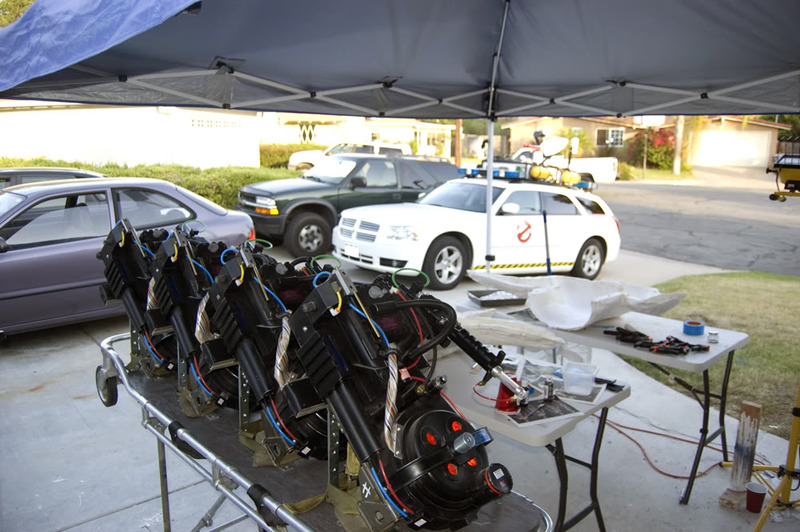 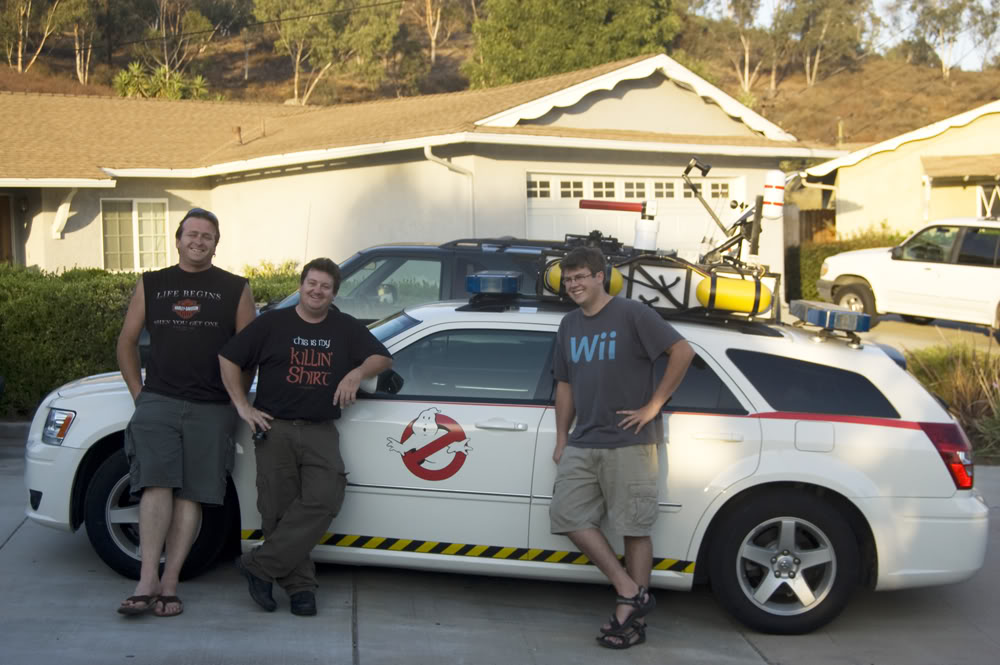 And not having functional lightbars sux!!

wow is an understatement!!

One more for an awesome Ectomobile

Central Ga Ghostbusters wrote:Still not a fan of the hazard tape (though I have it on my switch box and my air tank) or the smaller logos, but that rack kicks ass!

coming from the guy that thinks lambo doors on an ecto is a good idea...

i think this is the most tastefully done magnum ive seen around. there's nothing gawdy about it, and it looks clean.
All that is necessary for the triumph of evil is that good men do nothing

1. is the top box bolted through the roof, or secured on the luggage rack. if so, how?

2. how thick is the plastic box, material wise?

3 the yellow pods, how are they secured. A metal band? Are they hooked to the roof box, or luggage rack?

4 how are the dishes etc attached to the box? with bolts? from the inside or outside of the roof box?

5 is there a car battery/power source inside the box, or down in the Ecto? What, if any thing, lights up/moves on the roof?

6 how heavy is the roof box?

7 what is a good price for black and yellow safety tape? best brand? where do I get it?

ProtonCharger wrote: coming from the guy that thinks lambo doors on an ecto is a good idea...

hahahaha While I AM building my car the way I want, I have to admit that I enjoy the fact that some of the custom things I like pisses fanboys off!

Nobody's opinion has any greater merit than anybody elses. I LOVE my car and can't wait to add my rack with functional air tanks for my air ride system. And since its my car MY opinion is the only one that really matters to me.

CLEARLY You don't like my car, that's cool. Build your own! BoomerJinks and I ( and the mystery fella with the code 3's on his) are not the only people in the world to own Magnums. I really don't know why my car seems to annoy you so much, you dont own it, you dont have to ride in it, If you don't click on a thread where it's mentioned that its posted you don't have to see it, your not even in the same state as it, so why all the hate? Please, I invite you..............get off my sac!

bradboss12 wrote:7 what is a good price for black and yellow safety tape? best brand? where do I get it?

I know you directed your questions to Boomer, but here is where I found my tape at a decent price and they have it as reflective and shipping time was quick:

-Robert
Ecto-V2
Price of the car - $400
Price of Conversion - Still working on it.
Looks on people's faces - PRICELESS

"Weird is part of the job." - Experimental Research Team - Ghostbusters

Caution striping is most-easily found in rolls of reflective tape at hardware stores. I know Ace has at least two different types and colors always in stock. The problem with using reflective tape is that when someone takes a picture of your car, the picture will probably come out like this: http://img.photobucket.com/albums/v450/ ... CN5267.jpg

Box is bolted to the luggage rack, which we installed.

The tanks are secured with pipe-holders from Home Depot. They each have two feet bolted into either the frame or the box itself. Behind them are rubber stoppers that keep them from wobbling. You could use metal strapping but it almost always looks like ass.

The dish is bolted through the plastic to a reinforcing structure inside the box to keep everything from wobbling due to the flexibility of the plastic.

All power is inside the car. The battery of the Magnum is in the back, which makes everything so very easy.

The rack is heavier than the last one, but it is also much much larger. Haven't weighed it yet but I would say it's a good 150lbs. 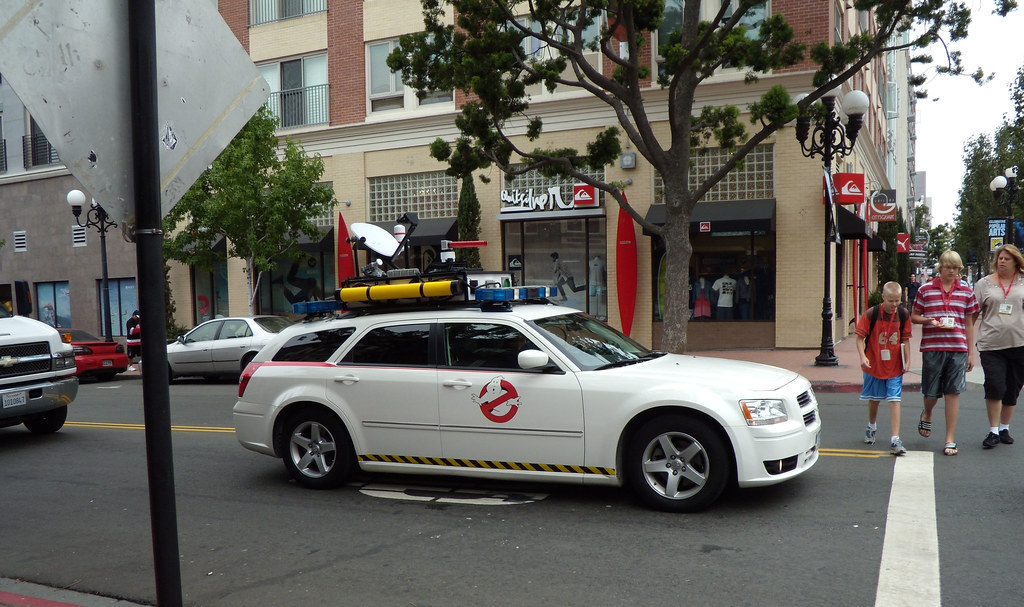 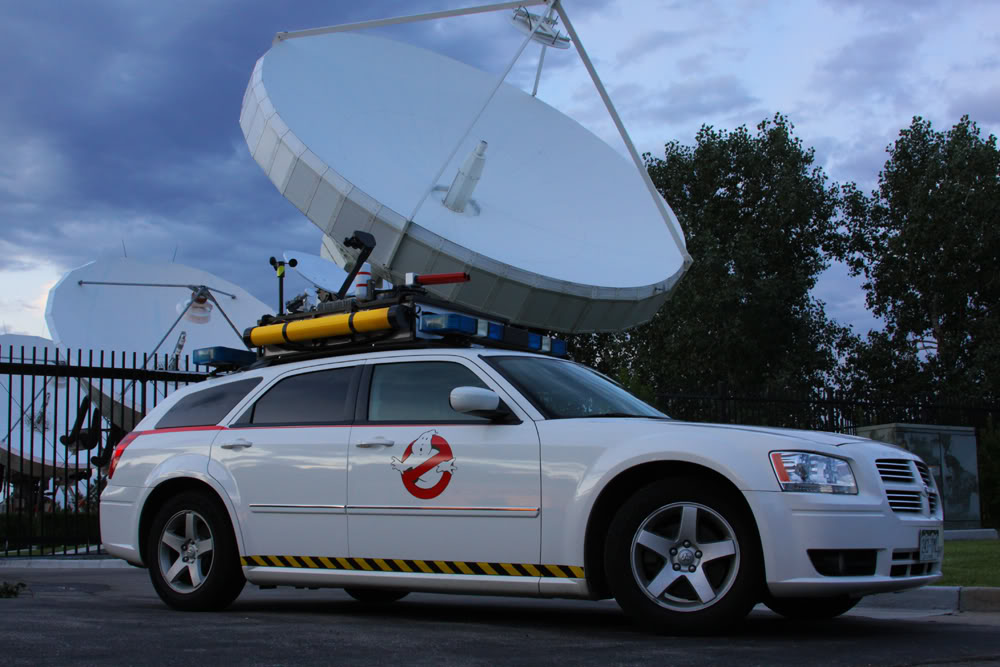 This is where we go to dish out hot steaming loads of pure Awesome.

beautiful car man. definitely has the spirit of the Outback with it 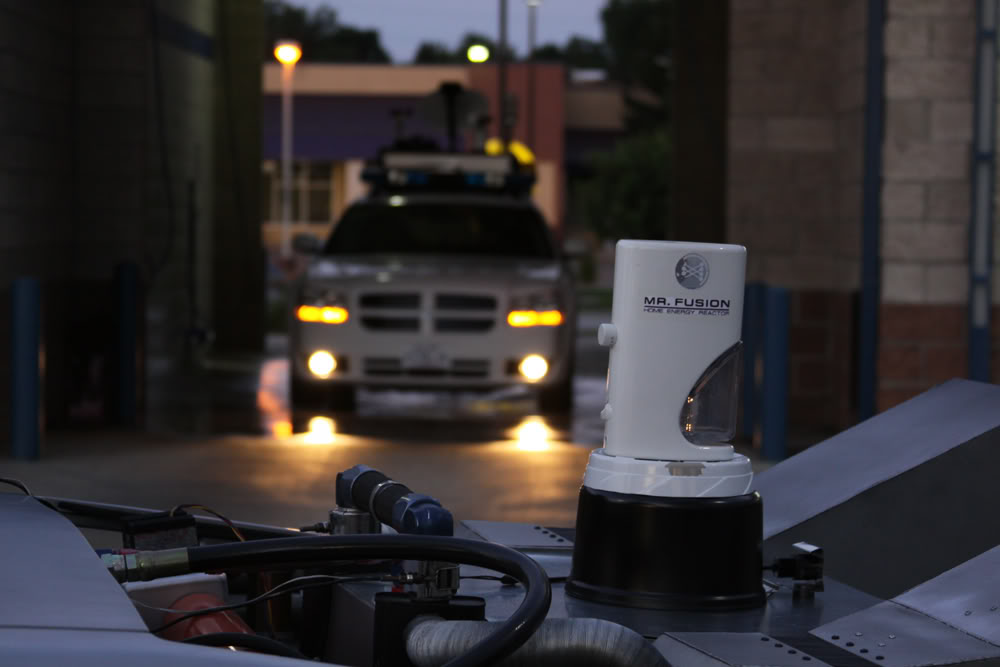 (11:18:13) Boomerjinks: Charles is like the Donald Trump of prop-making

with that, hey it could be a legitimate ectomobile of a different franchise
Adam

"I collect spores, molds, and fungus...oh and canadian quarters....I got about 6 of them" 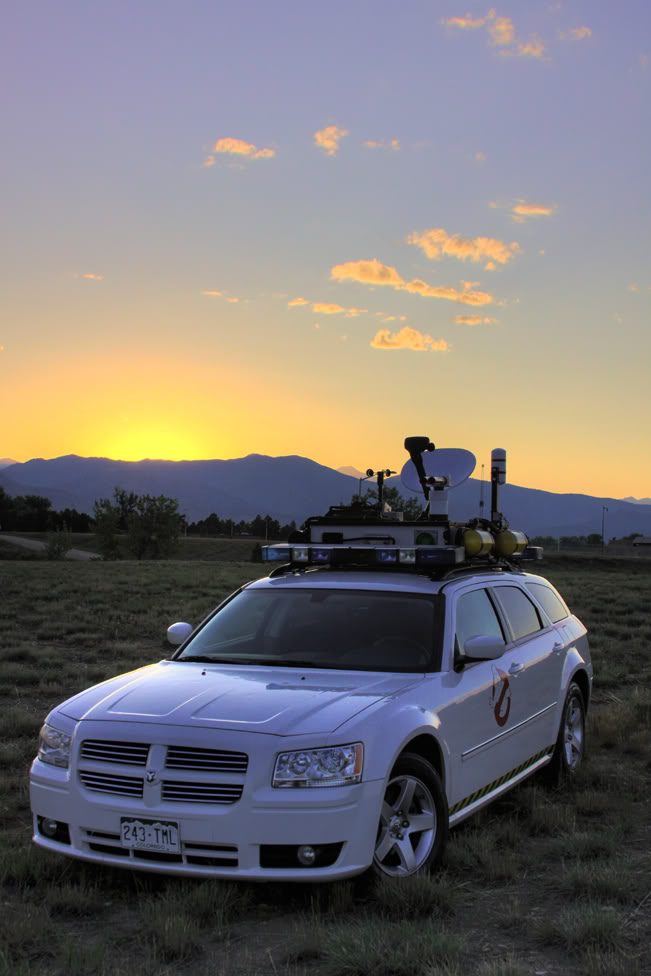 We received backstage passes and some special parking privileges in exchange for welcoming movie-goers to the park at the box office and greeting them as they left the amphitheater. Red Rocks is a naturally-formed amphitheater that was developed in the 40s, and then later in the 70s. It is the most popular venue in Colorado aside from stadiums and arenas. It is certainly one of the most enjoyable, who wouldn't love watching their favorite band performing under a starry sky with an astonishing view of the city? 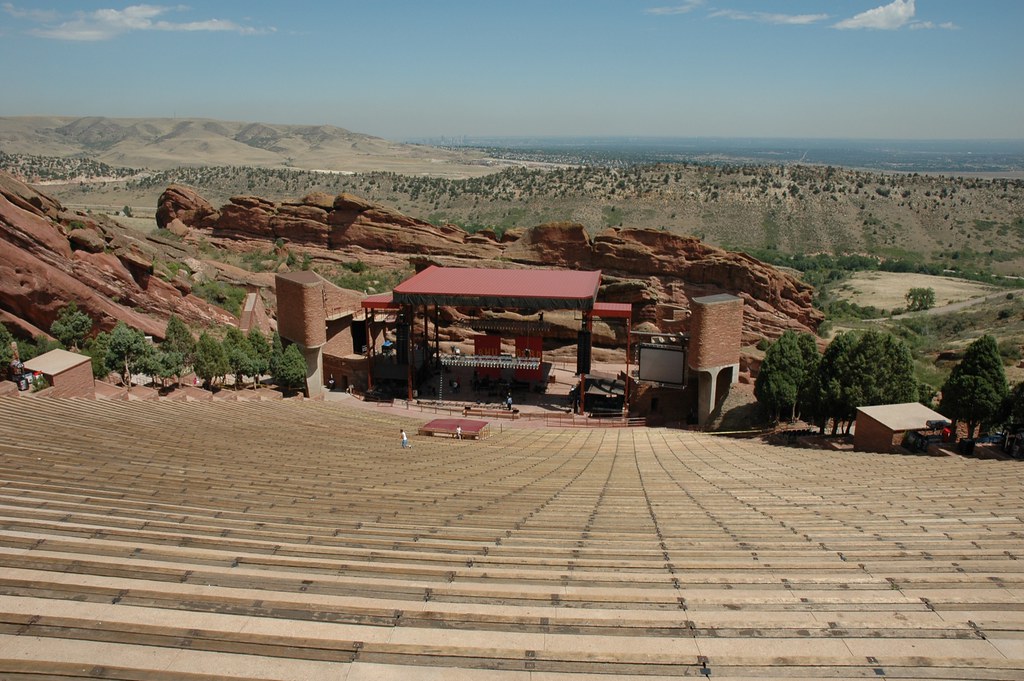 Anyway, after getting the wiring done on the Ecto we arrived at about 7pm and set up shop at the main entrance. 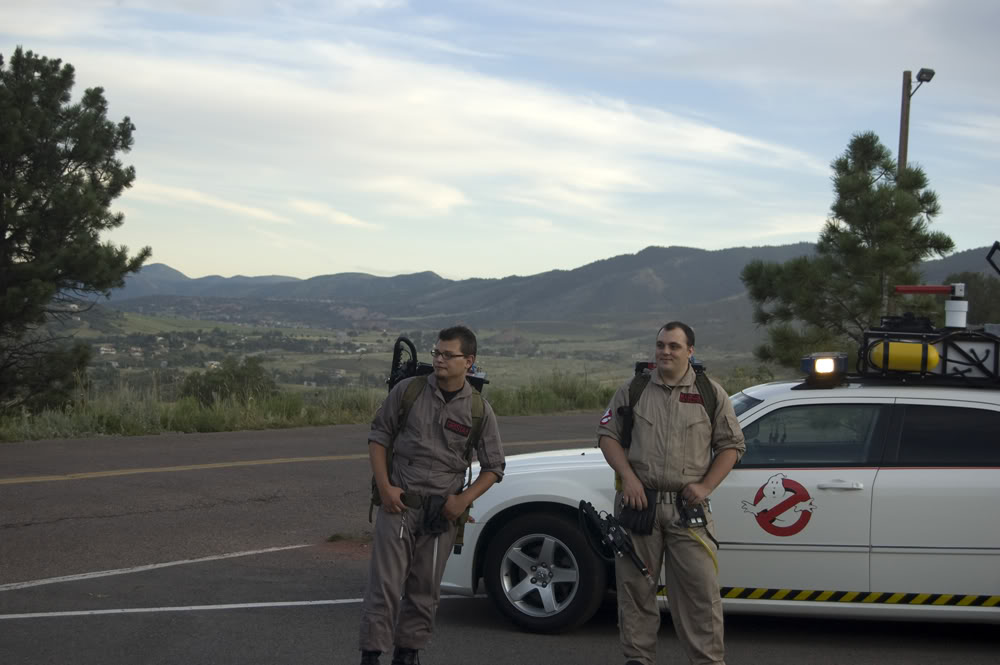 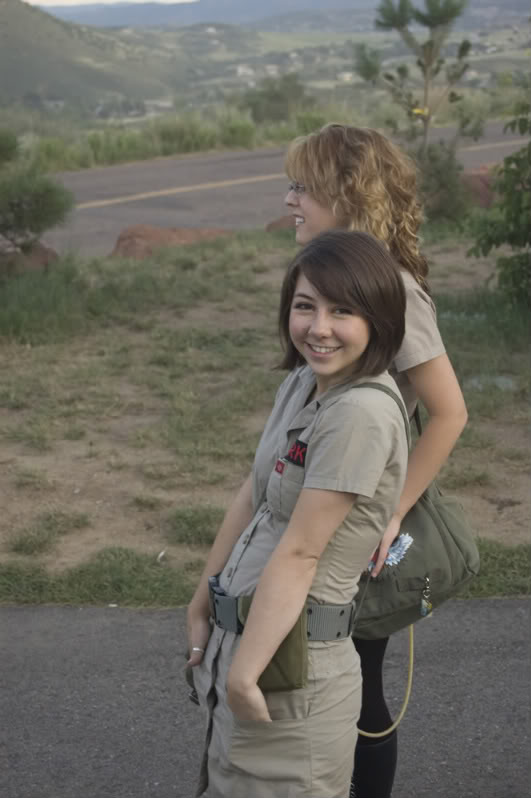 Shauna and Lea being just about the best GBgirls imaginable. 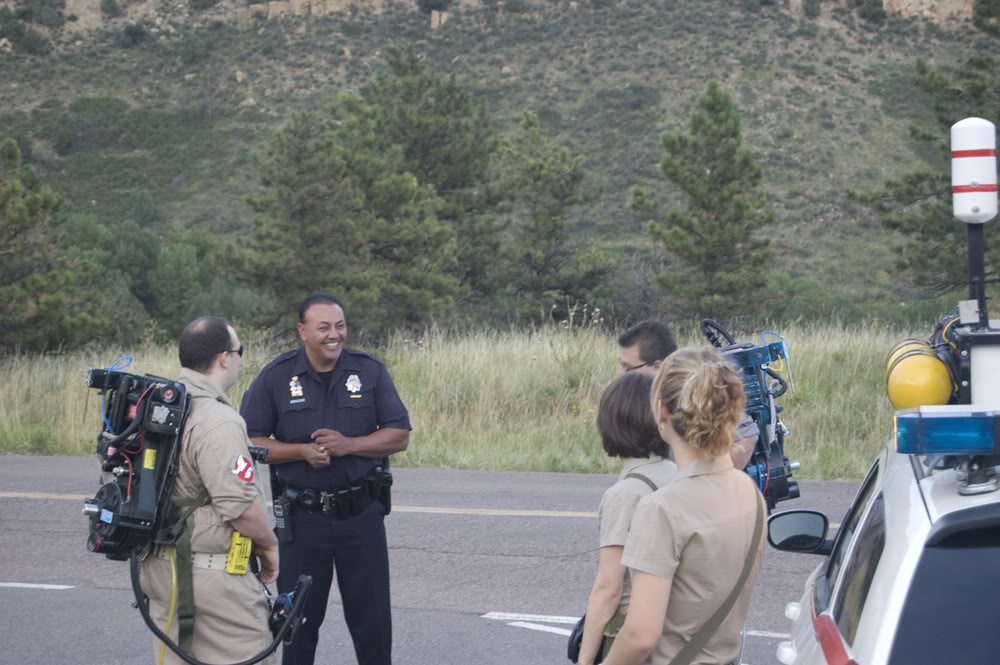 The boys enjoy the honks while Shauna makes scary-face. 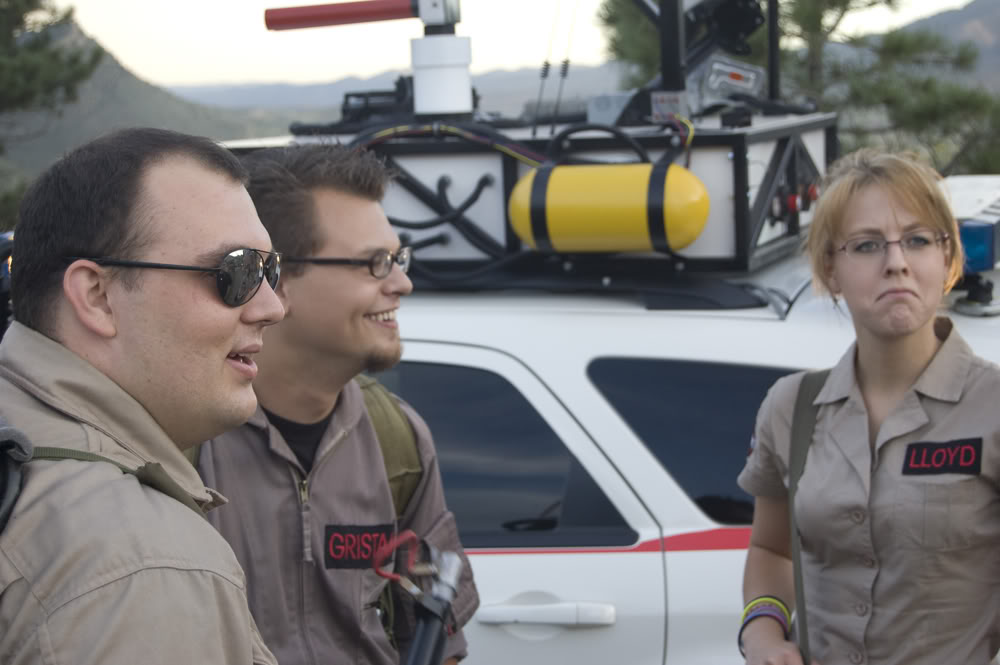 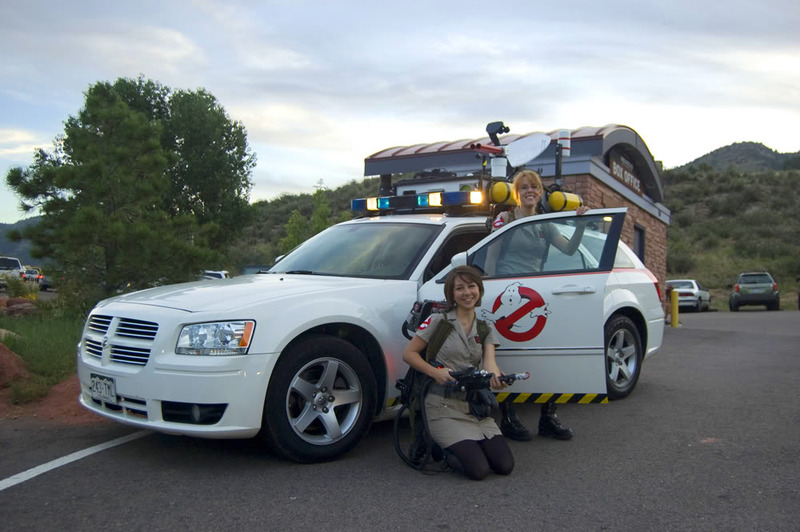 This is how you do a calendar photo.

Or this. This works, too. 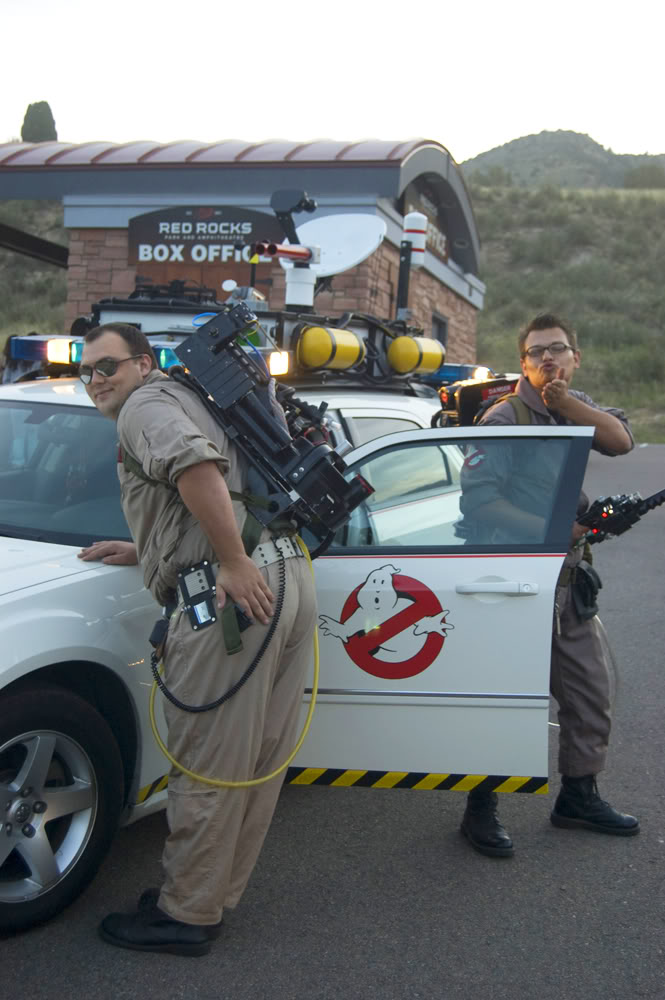 Stay tuned for more as they roll in from the instawebs!

Makes me want to get a Magnum and do that

"Ray, when someone asks you if you're a god, you say YES!"~Winston Zedmore

Boomerjinks wrote: Or this. This works, too.

This is going on my wall.

Boomerjinks wrote: Or this. This works, too.

This is going on my wall.

It better.
Parts I currently offer: 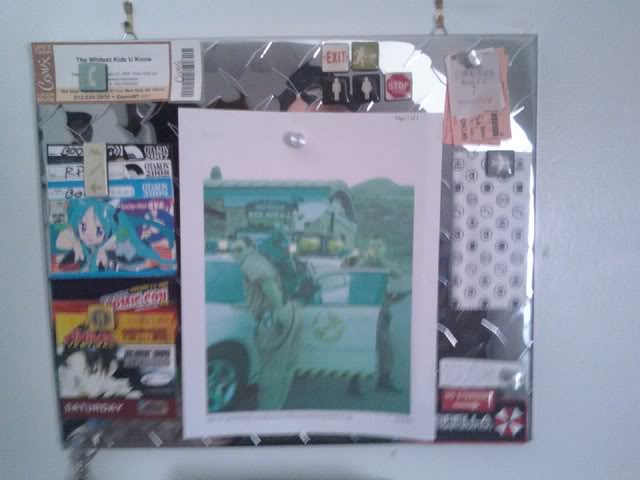 I'll probably delete this later. I made it to 1[…]