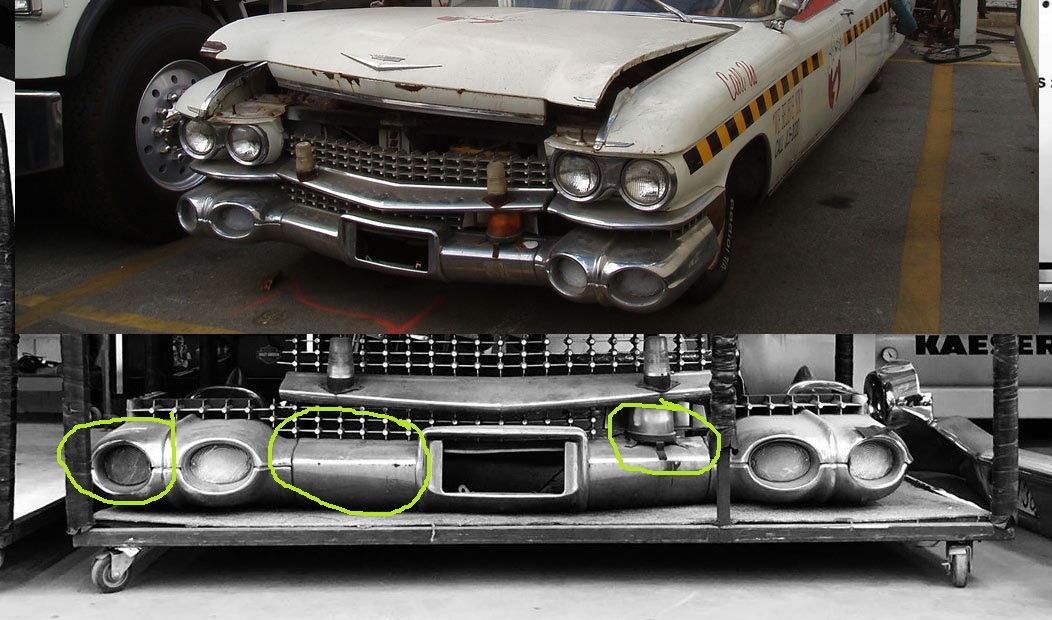 -  January 11th, 2020, 1:29 am #4929921
I also believe 1A's clear lightbars have been repurposed for that, or possibly even both Wrectomobiles (with an application of transparent blue paint, or some sort of film adhesive).
What would Ryan do?

Also 1 of the 2 cars in the new film has a high fuel cap and 1 has a low cap. 1A and ecto1 had low caps and the car the guy claims he sold to Sony also has a low cap.

Both of the Wrecto-1 props feature a raised gas cap, indicating the gas caps were moved on both the "patina" car that was sold to the production, and a likely repurposed Ecto-1A.
What would Ryan do?

I just preordered two. I can't hardly wait. Than[…]

I have a Tenth Doctor suit and a few neckties from[…]