By pchrisbosh1 -  October 14th, 2010, 10:13 am
-  October 14th, 2010, 10:13 am#271510
Since no one has ever offered a accurate boosterframe to date, I thought I would start this thread and maybe get something moving possibly. I remember hearing from a few different members that the brick pattern on the boosterframe ribs was masonite. Masonite I guess is used for chalk boards, drawing boards, paint boards etc....

I was outside arranging some of my stuff yesterday and I glance and see one of my kids ancient paint boards laying around that hasn't been used in years, so remembering what members told me I proceeded to glance at the back of the board. I noticed the brick pattern was nearly exact to whats on the hero booster frames. I started to compare reference photos and do some measurements to make sure, and from what I can tell it seems to me the exact Masonite pattern that are on the hero booster frames heres the best pics I could get for comparison.
PH Minn hero boosterframe 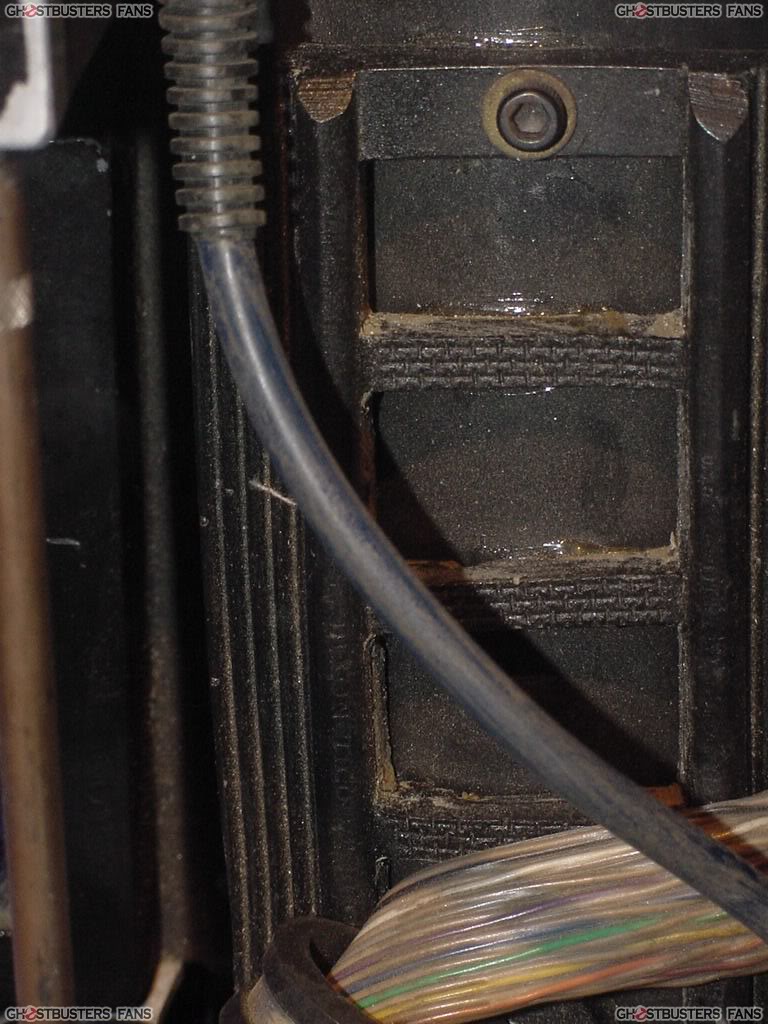 My kids paint board 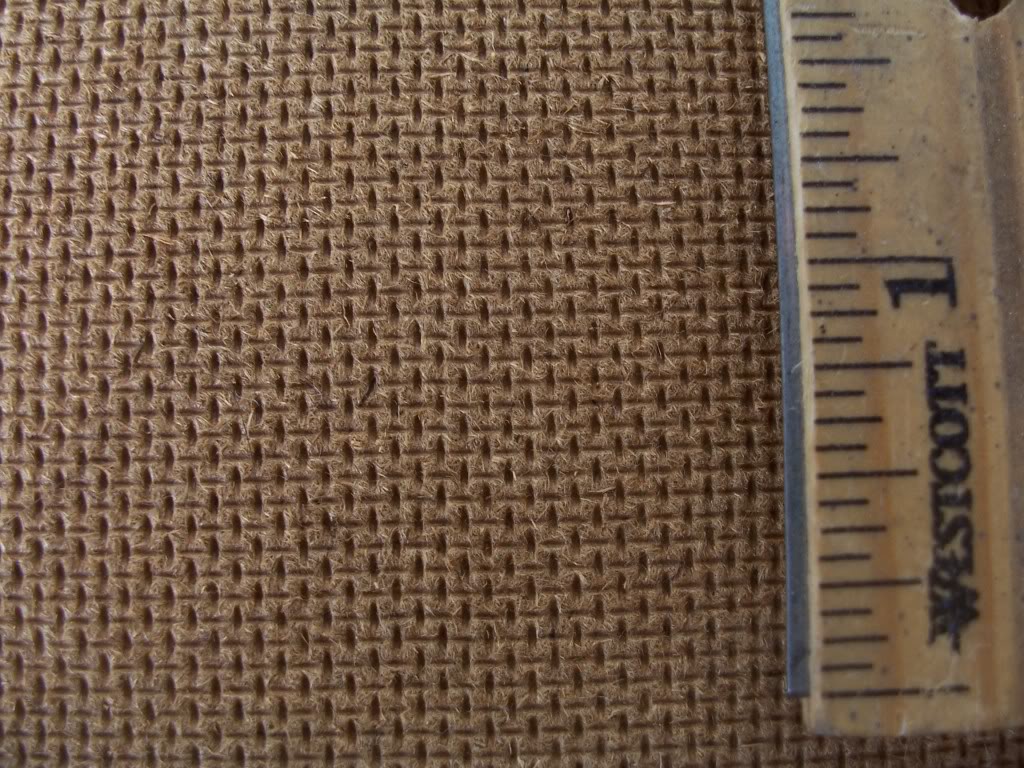 I would like to get some feedback. I also remember being told that rubber mats make up the side ribs and a particular #2 pencil make up the two posts. I'd be more then willing to donate this stuff and get some accurate booster frames going.
My Youtube Channel https://www.youtube.com/channel/UC6ouqz ... 1nbpw6VK_Q
My first GB1 scratchbuild viewtopic.php?t=28742
My GB1 Production shell build viewtopic.php?f=2&t=24965
My beautiful wife's Etsy accounthttps://www.etsy.com/shop/betsysloops who does wonderful crochet items,
-Chris

Now for the floor mats...

The mat itself has a peak and valley design. It is cut right in the middle of one of those peaks which butts up to the edge for the boosterframe. 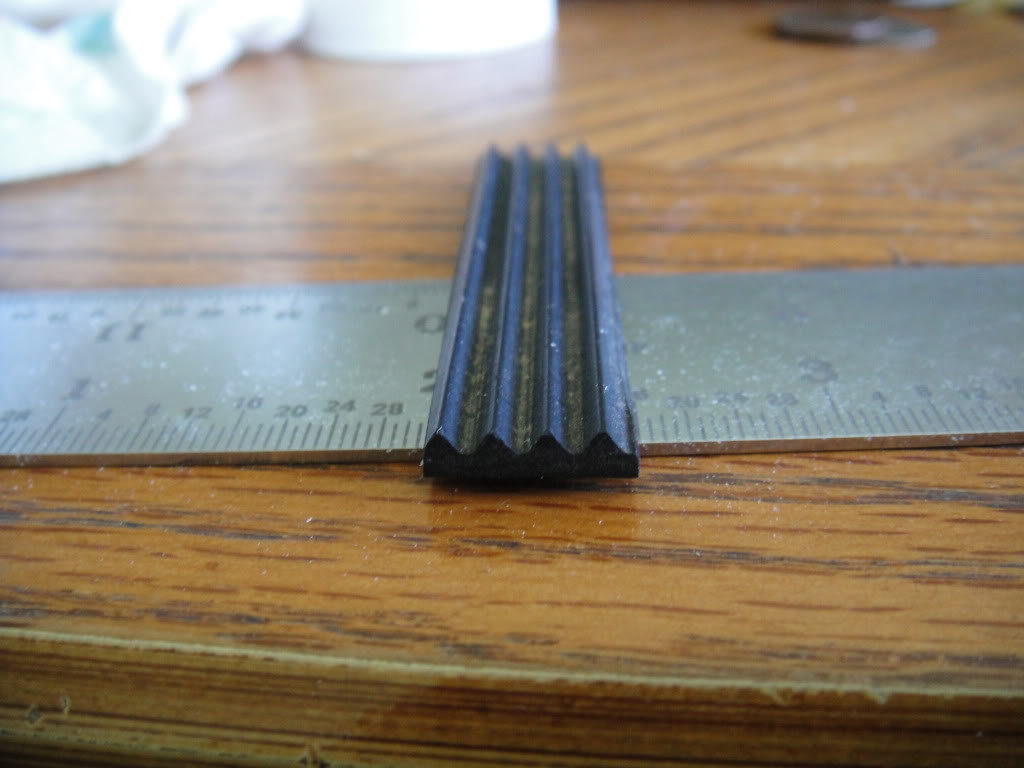 The pencils used are Dixon's. Thr tricky part is finding out which style. You will notice that the Dixon stamp in the PH picks varies in height on the booster. In my opinion two different model pencils were used on the booster both of which were Dixon's.

After many hours of discussion and pic searching with Austin I strongly believe the right side pencil was a 1388- 2 5/10. The left side is sill in discussion but is not the same model.

Example of a dixon pencil here: 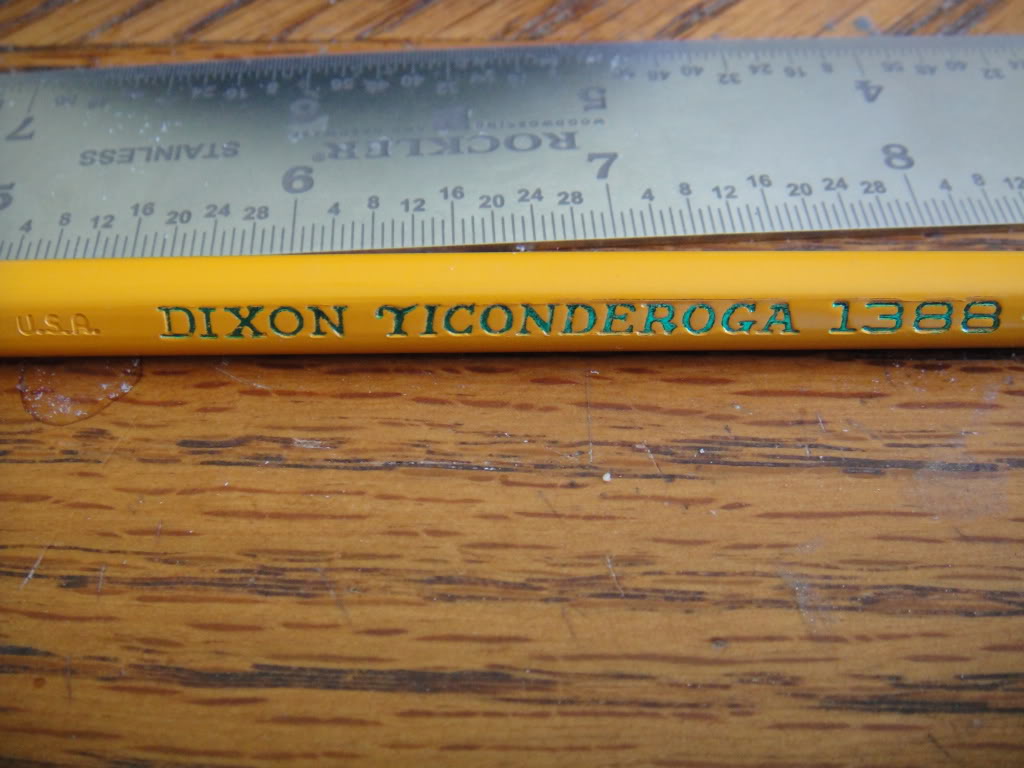 We also know that the edges where the mat is does NOT have a taper but is flat. Another trait that should be noticed is that the back of the frames themselves were rounded to better match the profile of the booster tube.

This is a project I have had in the works for some time but have not had the time to finish it up.

I will search through my pics tonight and see if I can post up some more details.

*Edit* another detail I forgot to include is the fact that the pencils themselves are sandwhiched between the mat and the center ribs. The center ribs all should sit roughly the same height as the top of the points on the mat. Bacially a rough frame was made and the reverse side of the masnonite was added onto it for the middle ribs and smooth side added to the bottom.
Random previous projects.

KagaSakai wrote:But the frames in the movies weren't made from aluminum. Or resin like mine for that matter. So would our frames not be considered accurate?

Don't think that Chris and Hooker are talking about the material, they're mostly talking about the shape (especially the Masonite pattern, which has been interpreted as a brick pattern on most replicas) If a master could be made from the exact same material as the screen-used frames, a truly accurate mold could be made. Then everybody would get accurate frames.

great info it's very good information to know. Being that I found this accidentally, i'm sure it can't be to hard of a material to find.

I've been contacted by Nick-a-tron and I plan on sending him some board to get some more accurate frames made. If we could get the remaining pieces sent to him as well and any last bit of information about the frame, we could finally have accurate booster frames, very soon.

ChapterMasterTu'Shan wrote:Bosh, trade you another tack for some of that board

and TJ I could never have to many of your guntracks.
My Youtube Channel https://www.youtube.com/channel/UC6ouqz ... 1nbpw6VK_Q
My first GB1 scratchbuild viewtopic.php?t=28742
My GB1 Production shell build viewtopic.php?f=2&t=24965
My beautiful wife's Etsy accounthttps://www.etsy.com/shop/betsysloops who does wonderful crochet items,
-Chris

jimbo7 wrote:I plan on sending some accurate mat and pencils to Nick. Just have to make it to the post office!

Awesome Jimbo glad to see you come through with the touchdown. How nice is it going to be to have accurate booster frames on our packs now? Good stuff, I'm glad my kids dust collecting paint boards came in handy.
My Youtube Channel https://www.youtube.com/channel/UC6ouqz ... 1nbpw6VK_Q
My first GB1 scratchbuild viewtopic.php?t=28742
My GB1 Production shell build viewtopic.php?f=2&t=24965
My beautiful wife's Etsy accounthttps://www.etsy.com/shop/betsysloops who does wonderful crochet items,
-Chris

jimbo7 wrote:I plan on sending some accurate mat and pencils to Nick. Just have to make it to the post office!

Got any more mat? Not to cut in on Nick but I plan on casting one up eventually as well and more suppliers are always better.

The biggest problem was we get all this exposition[…]

Looking at the picture closely, it looks identical[…]

I will definitely order please keep me updated whe[…]