So, for a long time now, I have always wanted an "accurate" semi-hero pack from the second Ghostbusters film. Everyone (especially now-a-days) tries to build "accurate" GB1 packs, but I've never seen anyone REALLY tackle the semi-heros, especially considering the reference we have for them. Well, at the end of last year, I decided I was going to purchase both a fiberglass wand and shell from Nick-A-Tron. Literally the week I made this commitment to start this project, Nick posted a finished pack here in the for sale section! I decided to snatch it up because Nick does amazing work over all and instead of building a new pack from the ground up, I would end up having to modify it to where I wanted it.

With that in mind, this isn't so much a "build thread", its more of a "retrofitting" thread and photo reference for those that may someday want to tackle a similar feat! From here on out, there's gonna be tons of photos and exposition, so I apologize in advance!

Original State of the pack as purchased from Nick-A-Tron

These photos were taken by Nick before he shipped it over the pond to me in the USA. 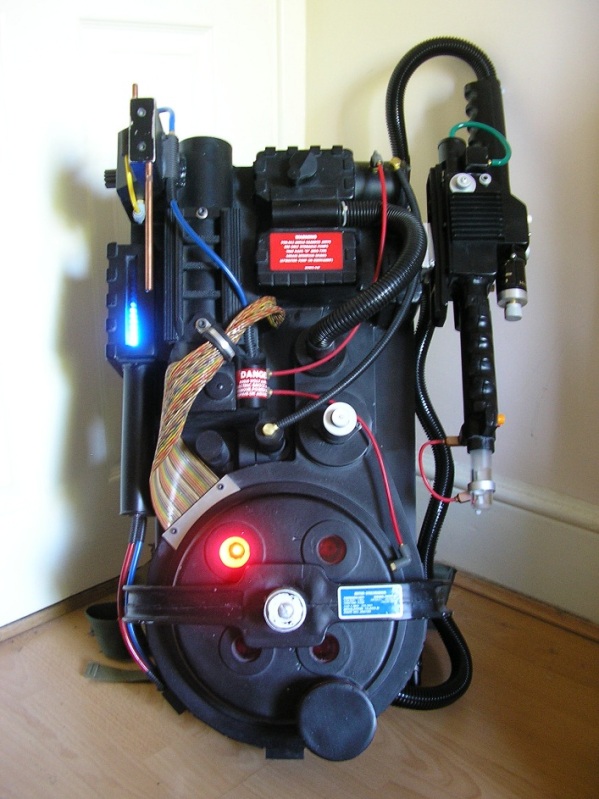 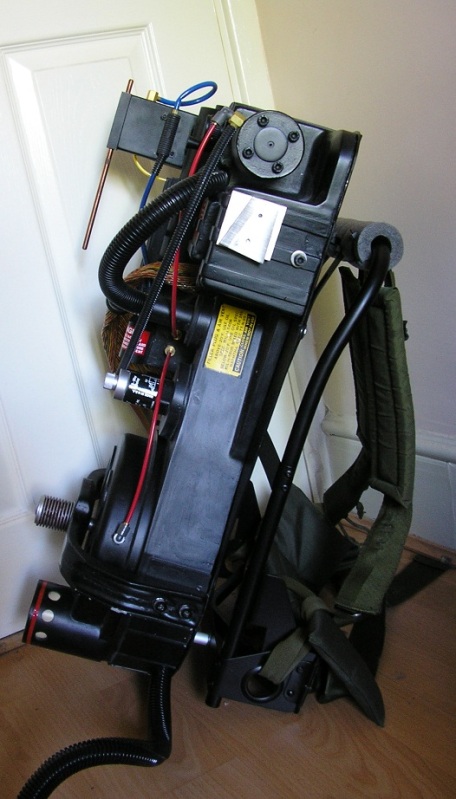 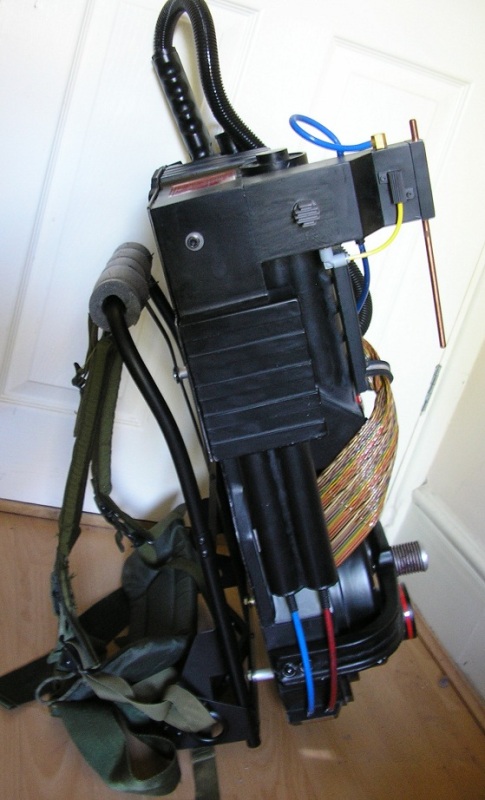 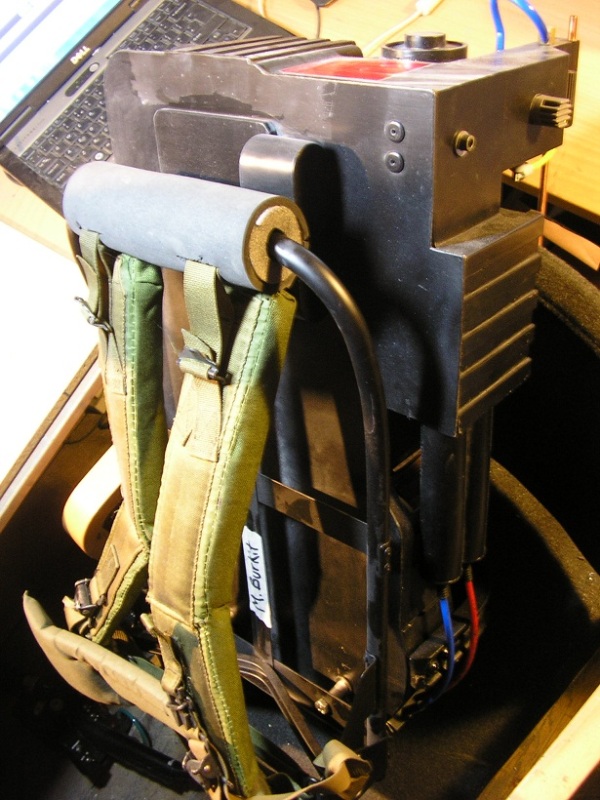 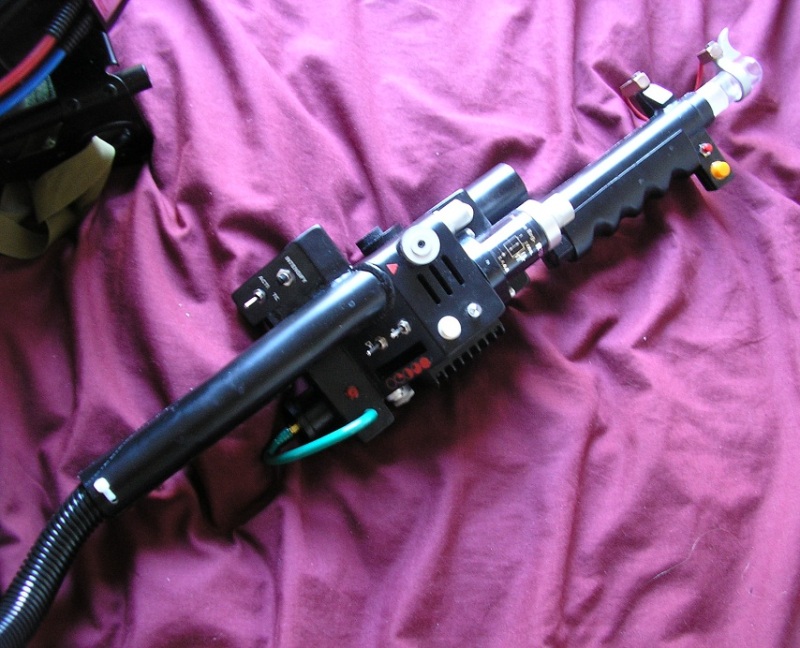 It was an amazing base for me to begin my tweaking! 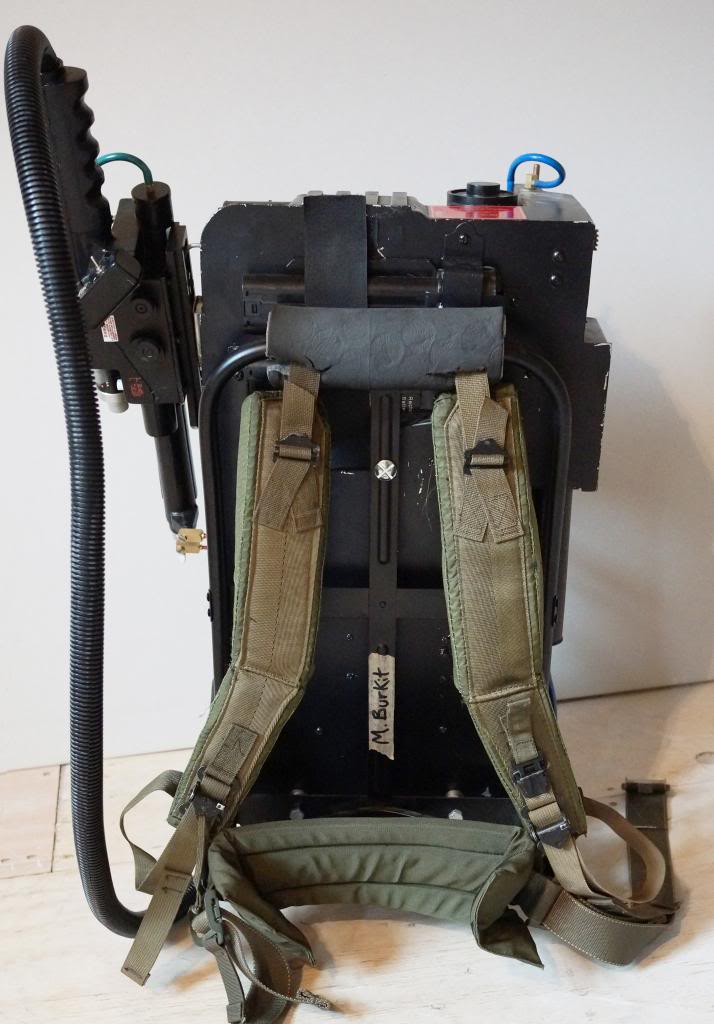 I ended up having my buddy TJ make a new, GB2 v-hook with the counter sunk slotted screws holding it onto the pack, as well as switching out the P-Clamp mounted on the booster frame for a smaller, size 14 clamp. Other things I changed was the Clippard R-331 to a R-701 on the pack, a metal trigger tip on the wand and real legris banjos. 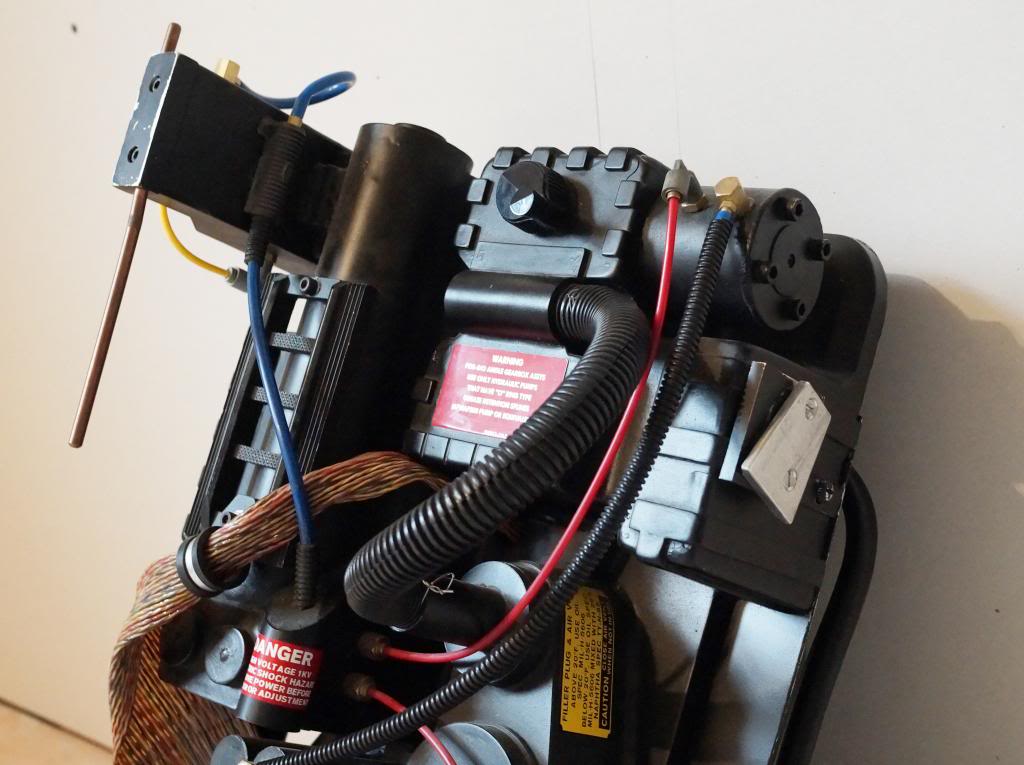 Lastly, I had purchased Franchesky's Makita battery cover and installed that onto the motherboard over the battery cups from Nick. 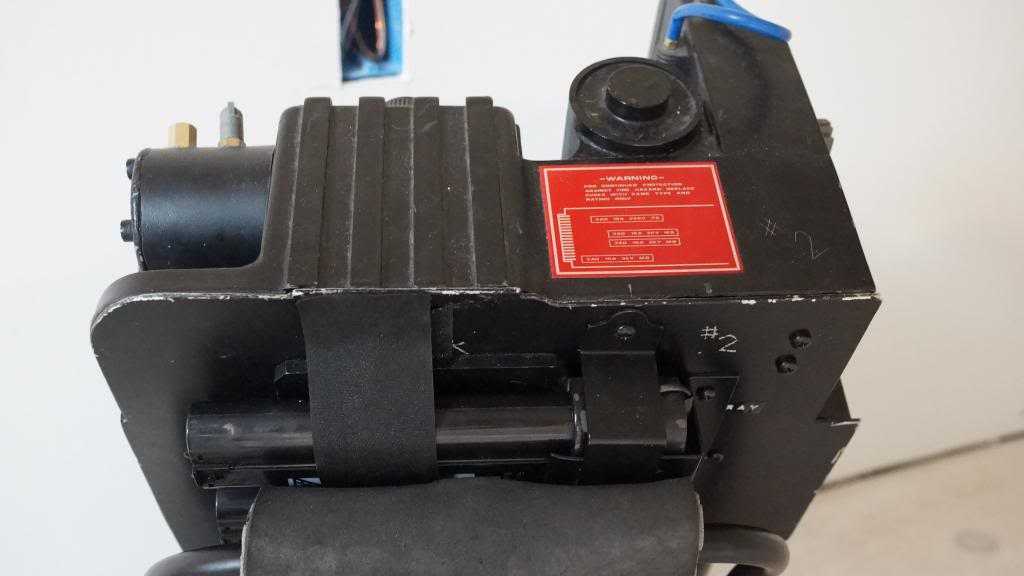 Besides replacing things, I ended up adding some other small details on the pack. The pack I was replicating was the one pack that Ray wore to the birthday party at the beginning of the film, which is currently on display in the Sony Pictures Lobby in LA. The semi-hero packs had numbers scratched into them to keep all the parts together. The pack Ray wore has "#2" all over it, as well as a "12" stamped onto the ribbon cable clamp on the cyclotron. 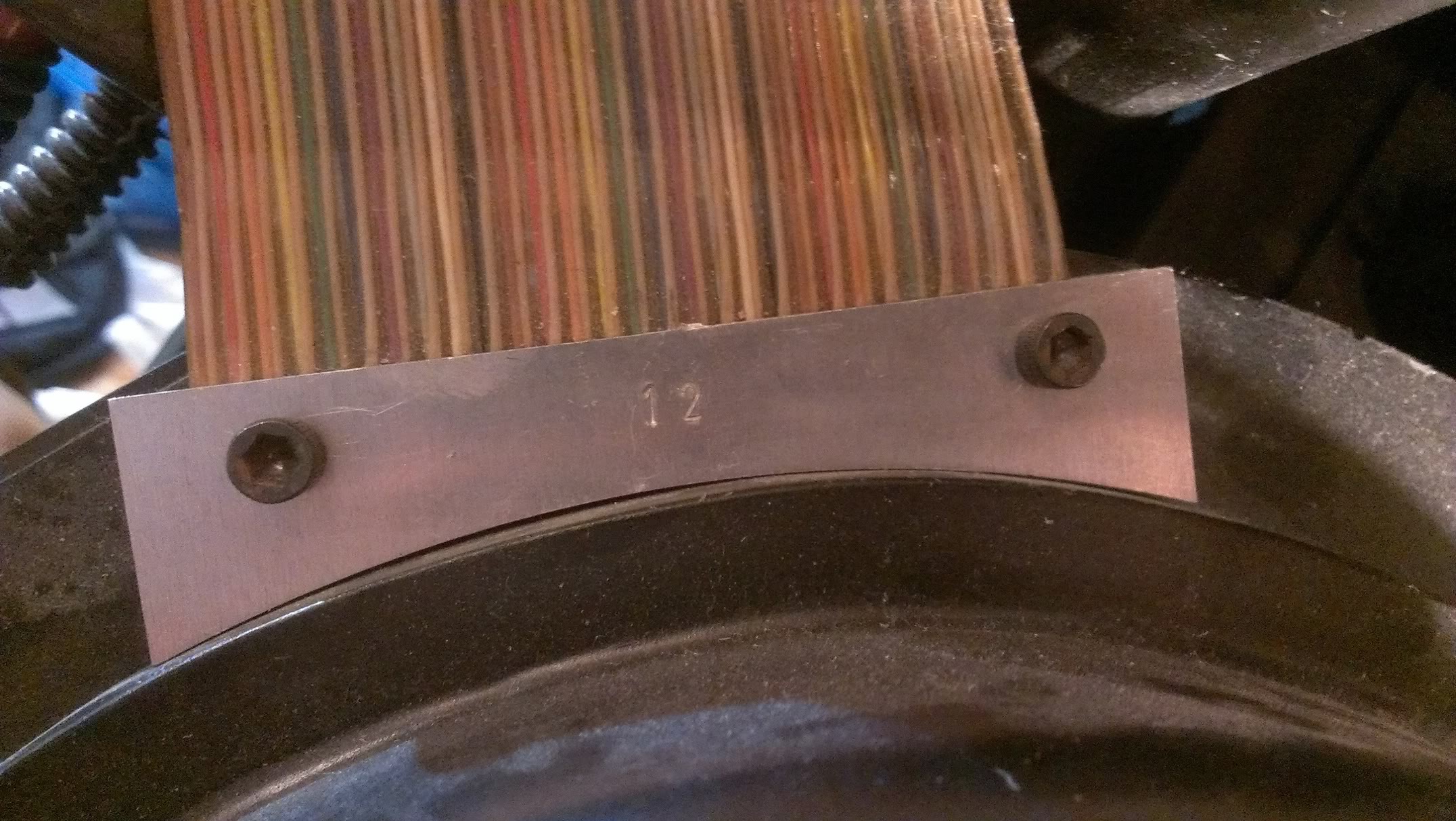 Beyond all these cosmetic changes, I feel the biggest achievement of this pack is that, with the help of my friends Chris Tillson and TJ, I was able to source and/or replicate the electronics that were inside the screen used packs! If you noticed in earlier pics of the motherboard of the pack, I retro-fitted Nick's makita cups to actually work, and the electronics of this pack are working off of 2 Makita batteries! The major difference between my pack and the movie packs is that I'm running LEDs instead of incandescent bulbs and I added sound as well. 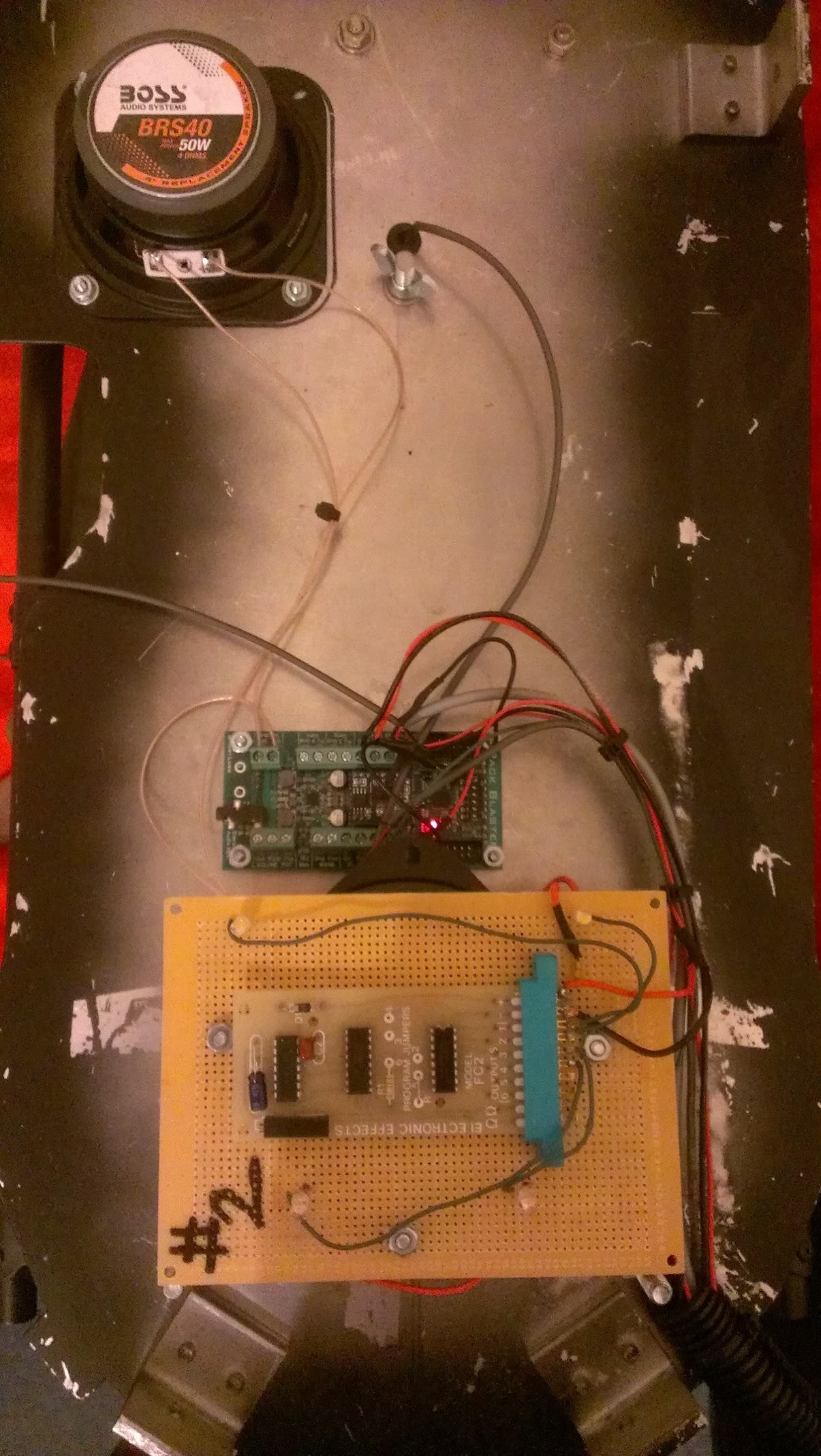 My cyclotron lights are being driven by a FC-2 effects board. 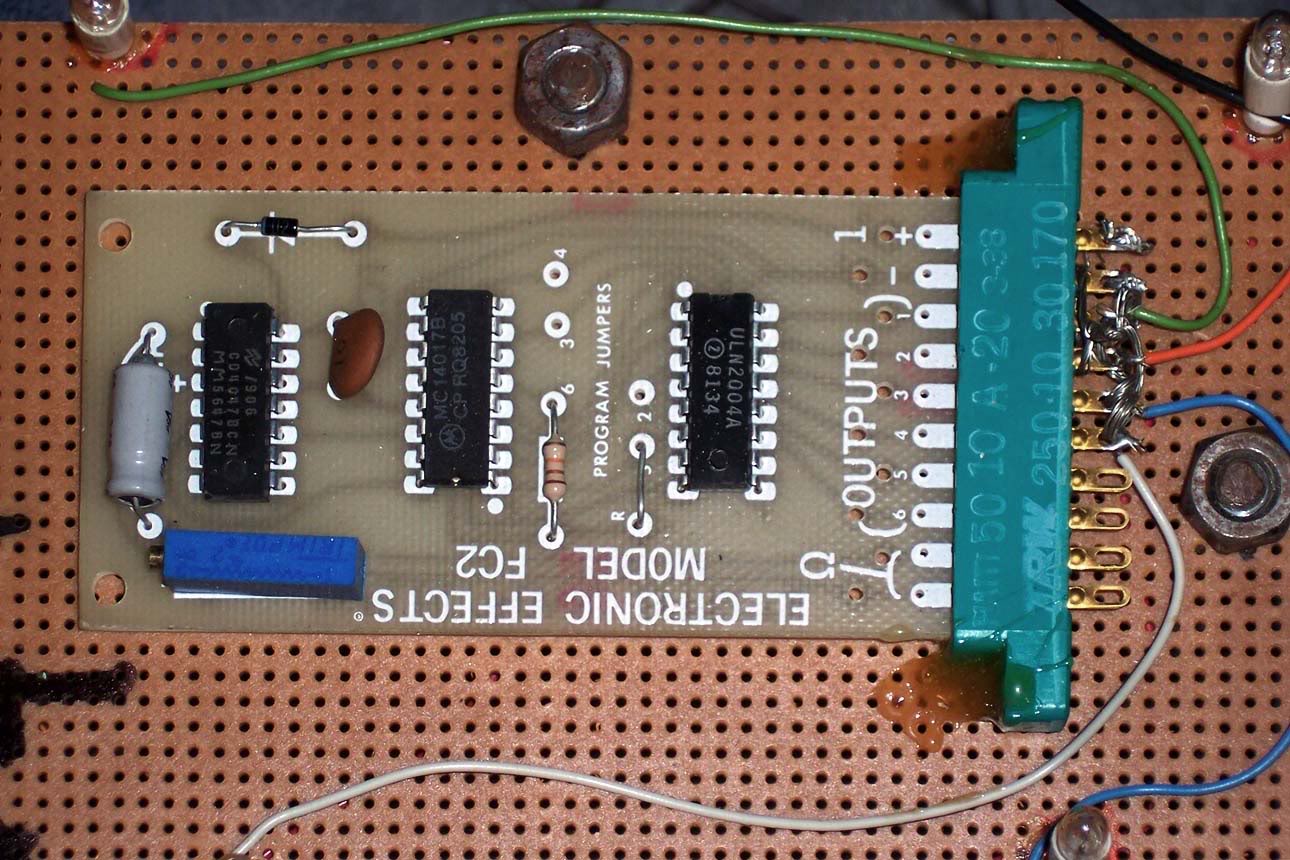 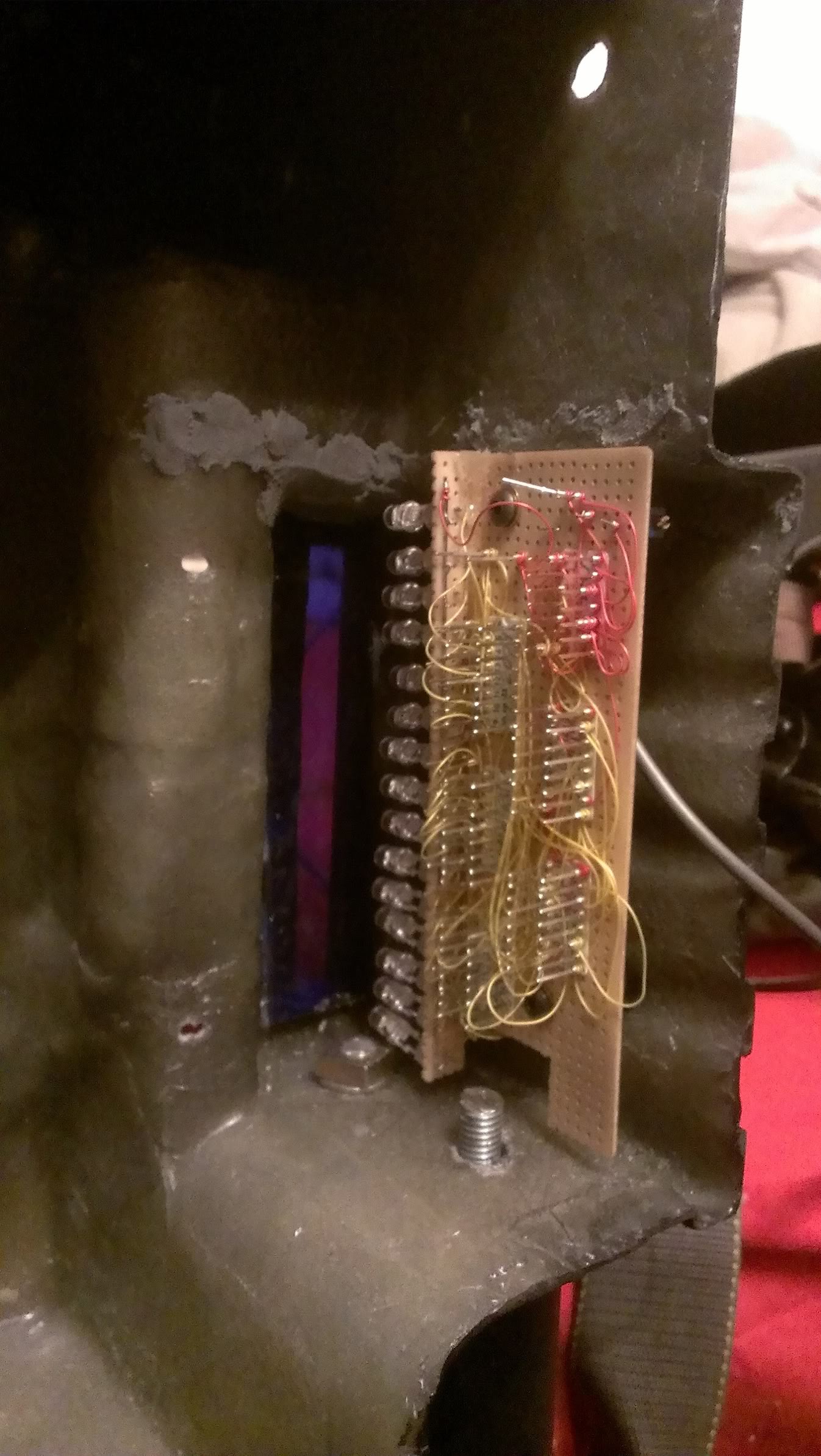 My powercell is wire wrapped by TJ and a replica of what was found in Volguus' semi-hero pack he purchased off of Ebay years ago. 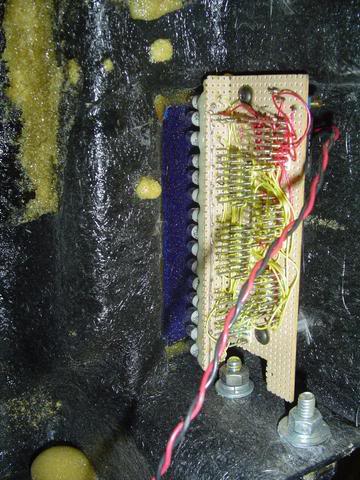 In the wand, they had 2 pieces of hardware that not many people know about. The first was the FL-1 board, driving the blinking white arcolectric lamp: 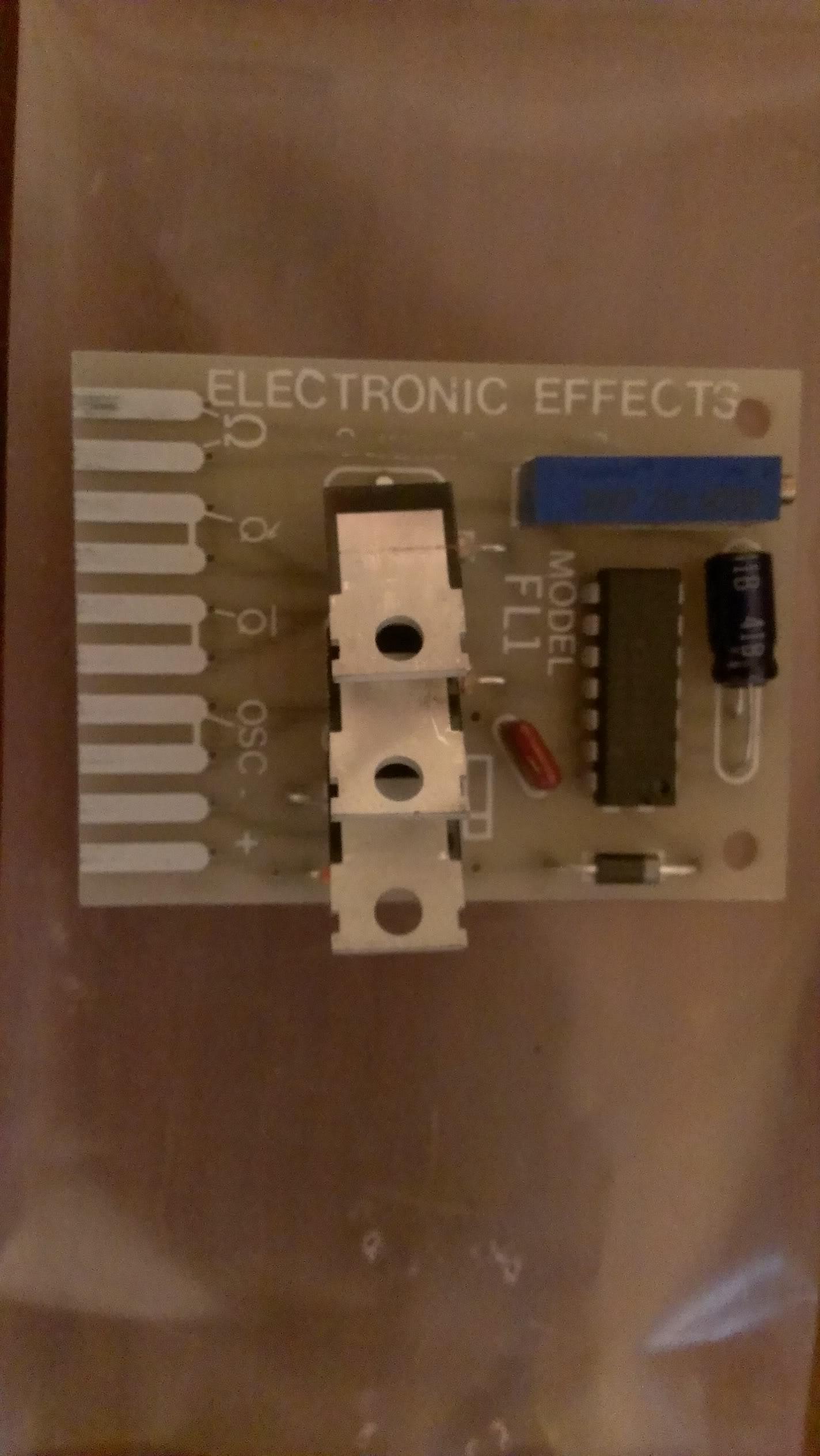 The second piece of hardware was what they had used for the bargraph; a Roto-tellite display. 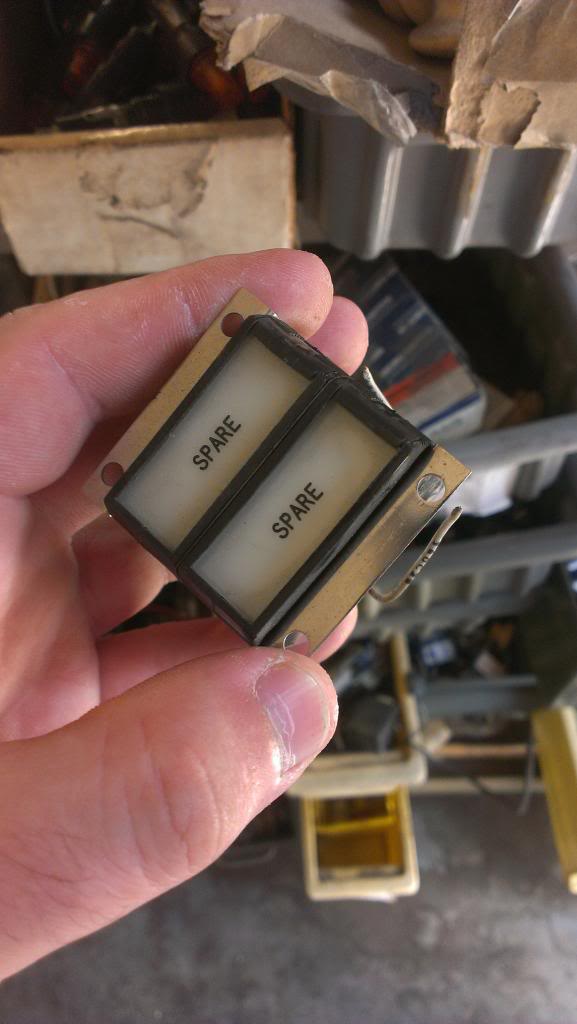 Both installed in my wand: 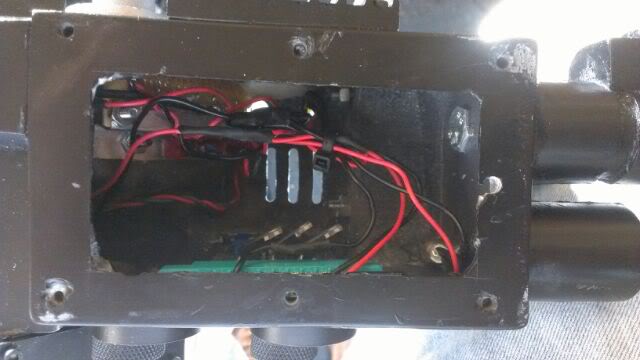 The interior of the screen used semi-hero: 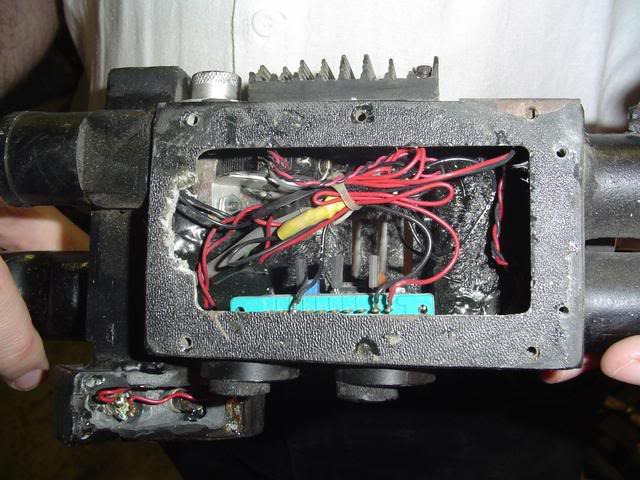 And with that, I'll leave you with some comparison shots followed by just some glamour shots I took on top of it. Thanks for reading my very long post! I hope it helps someone out if they decide to tackle something similar. I would also like to thank Nick-A-Tron, as well as my friends, Noslit, TJ, and Jack Doud for helping me out with this sucker! Also, in case anyone asks: the tape on the N-Filter is a homeage to Volguus' semi-hero pack, since his had it for some odd reason. 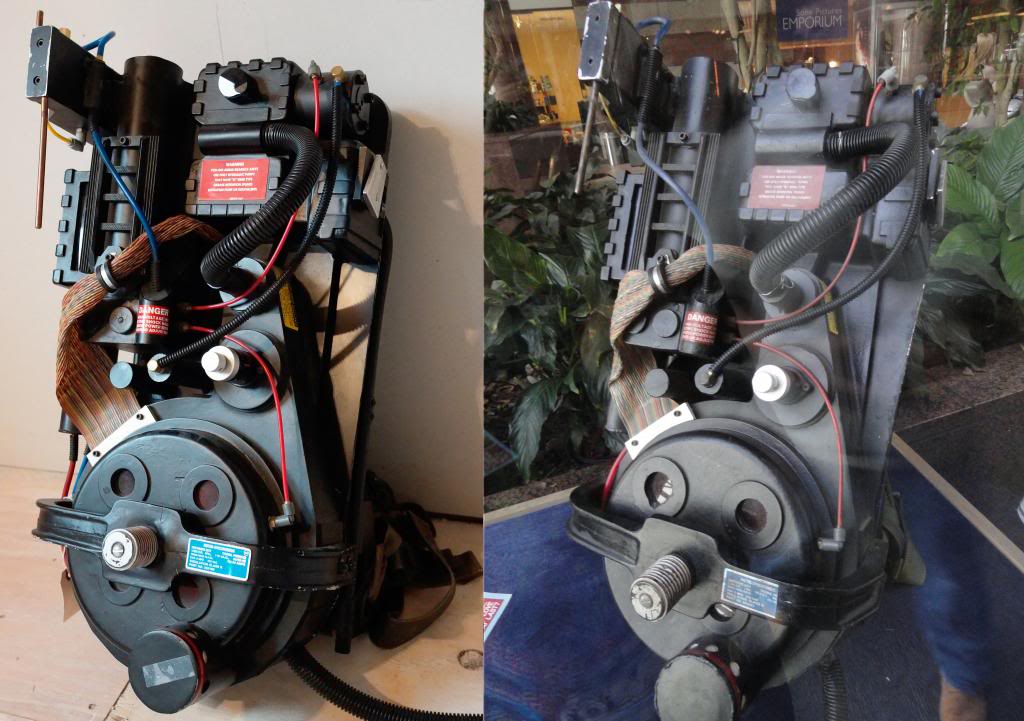 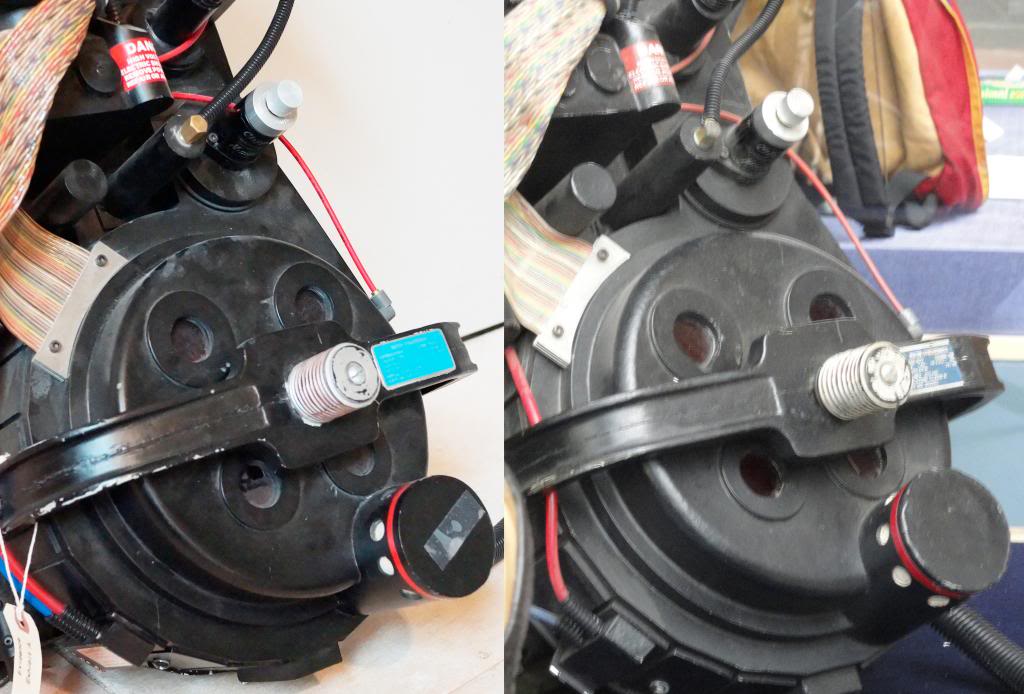 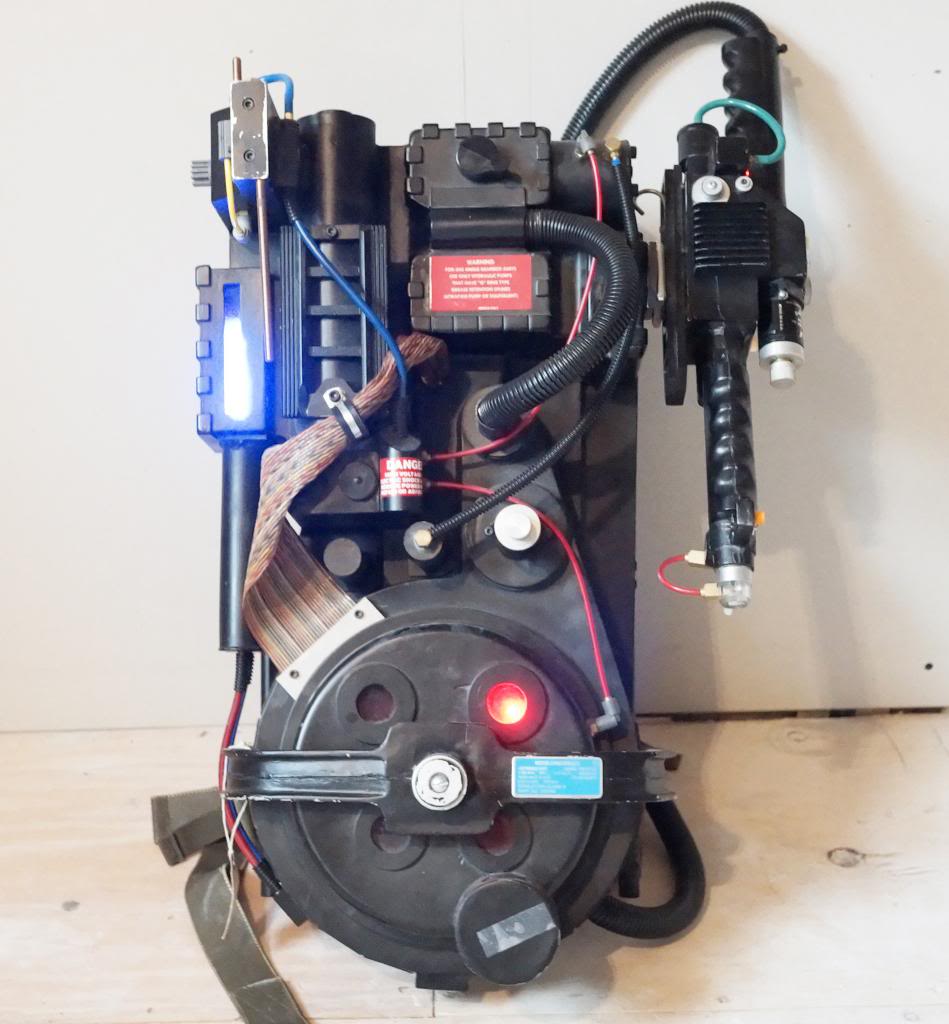 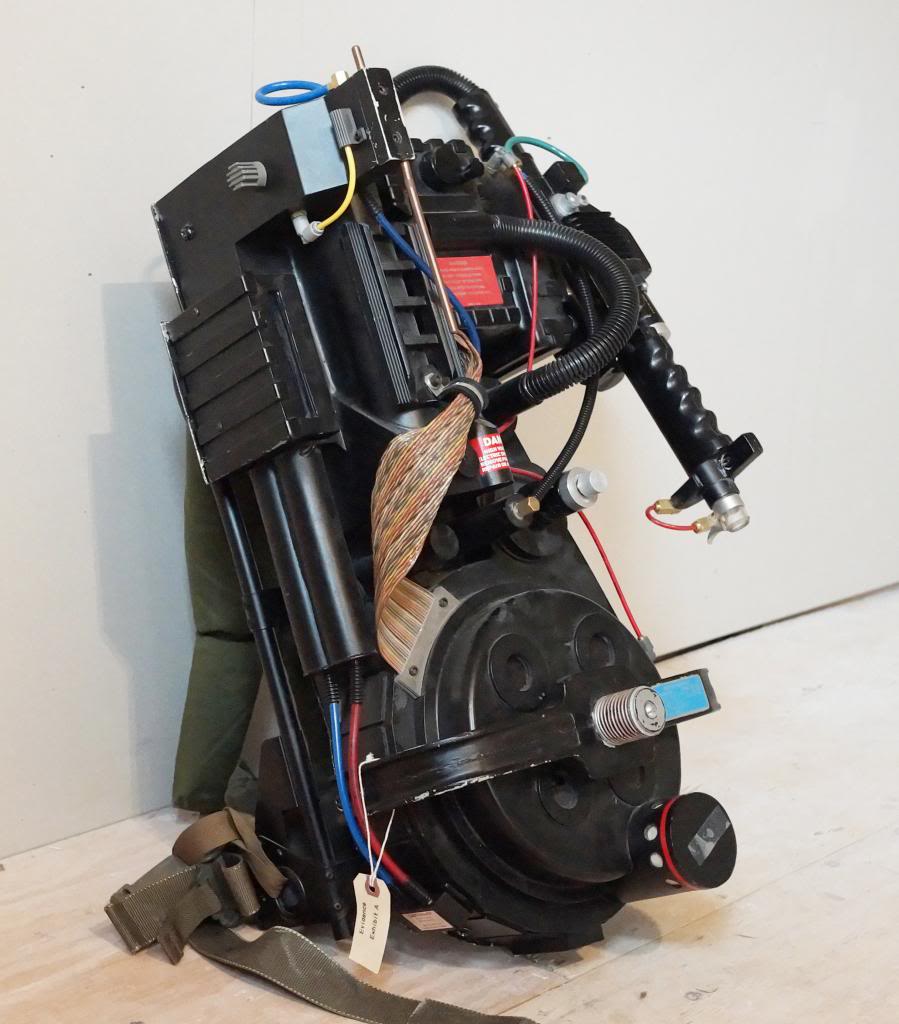 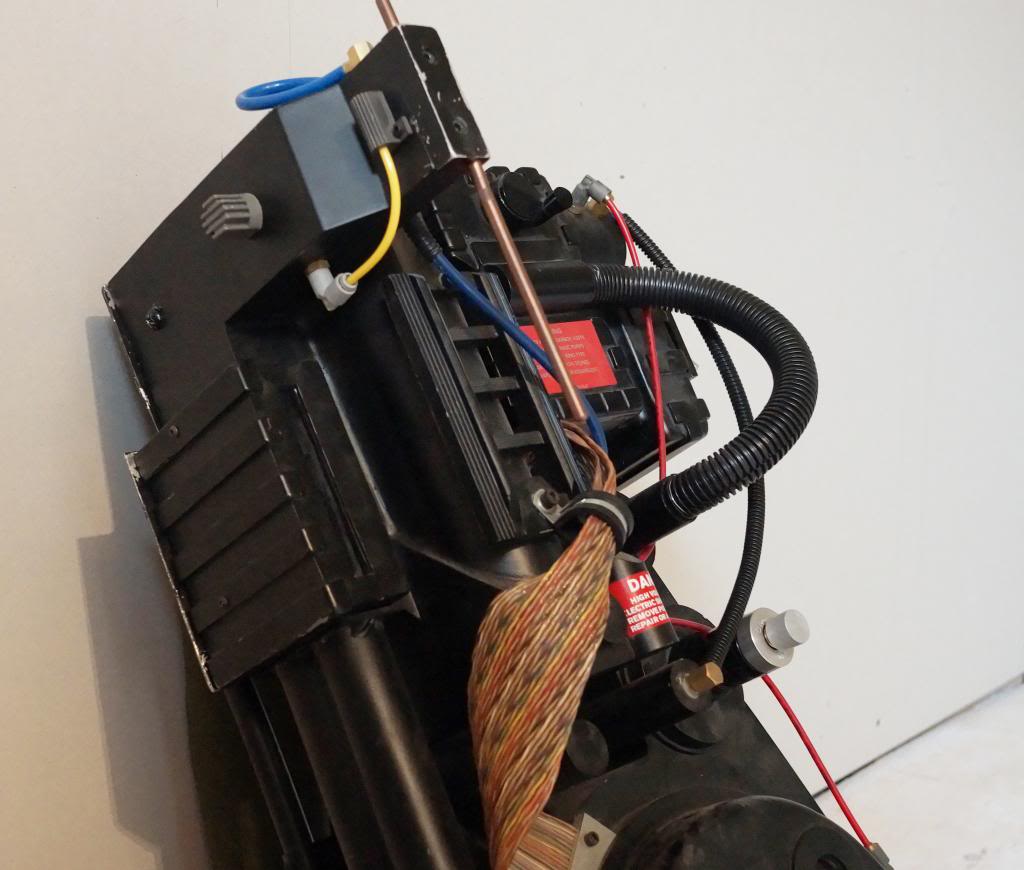 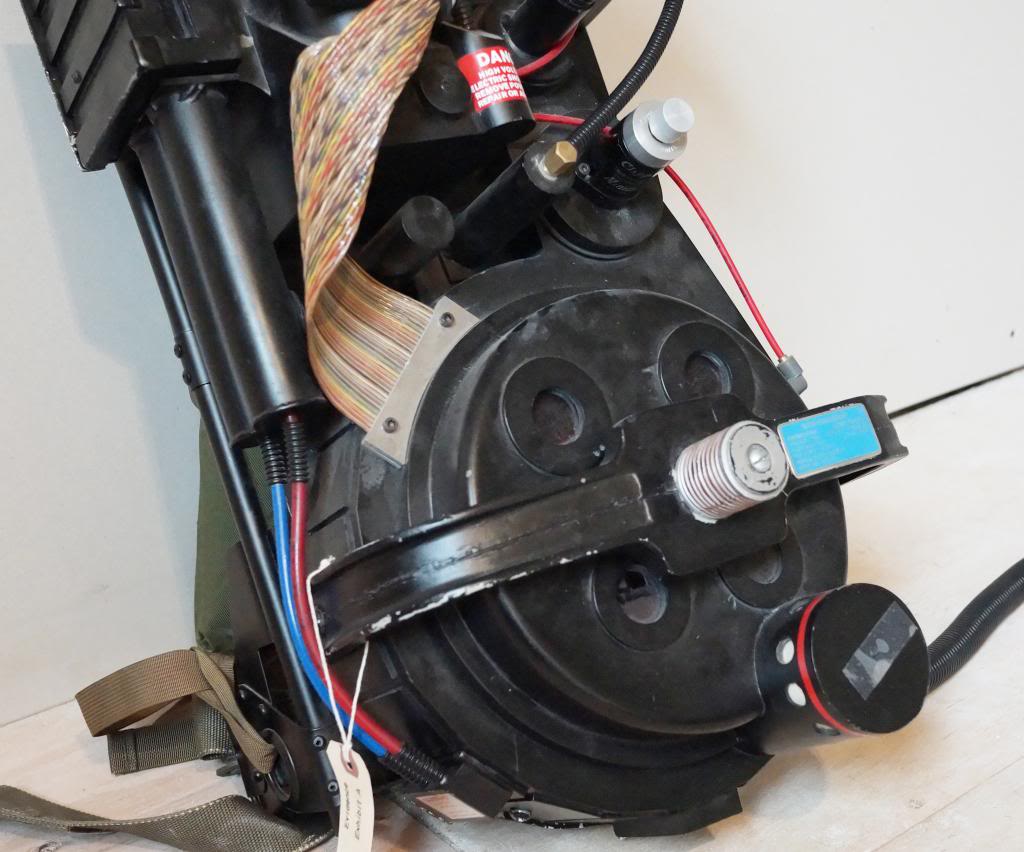 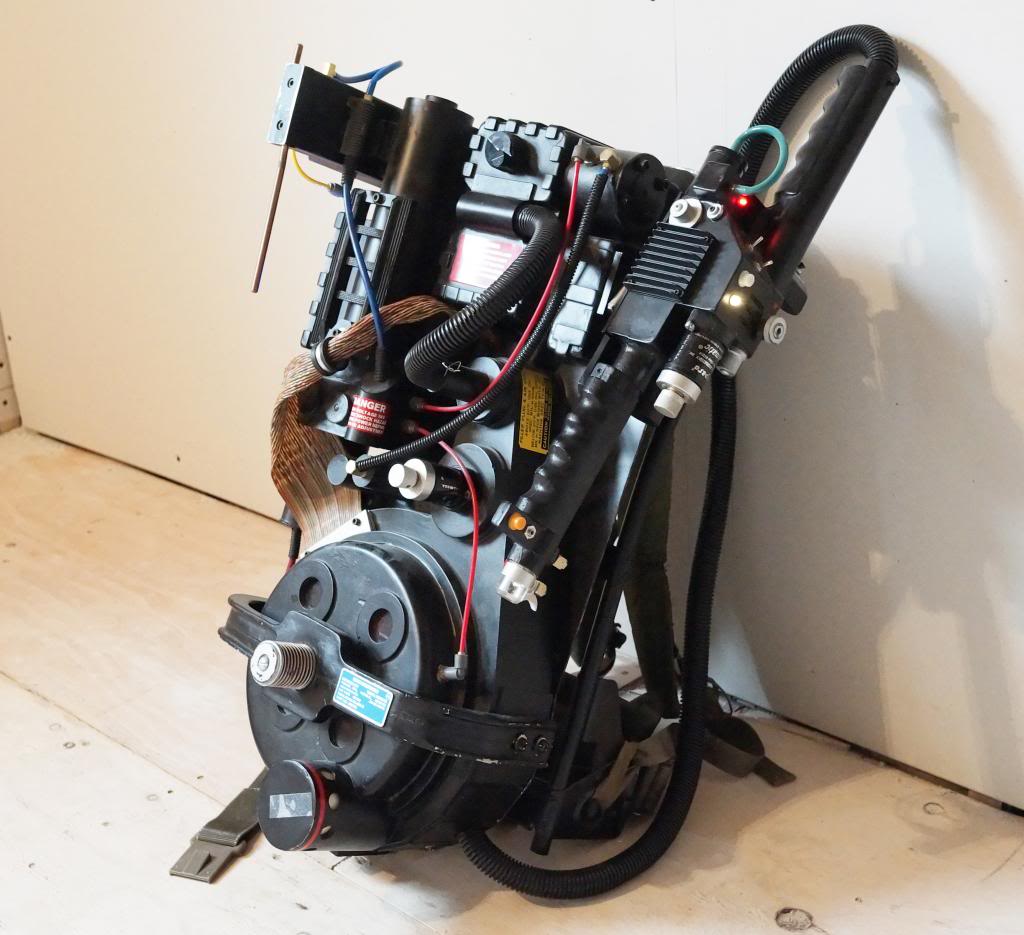 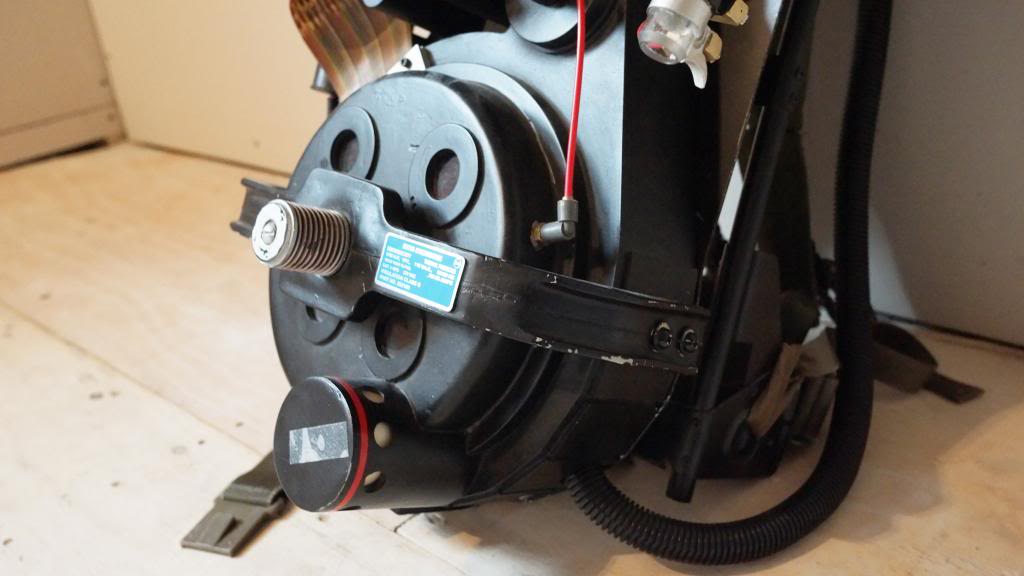 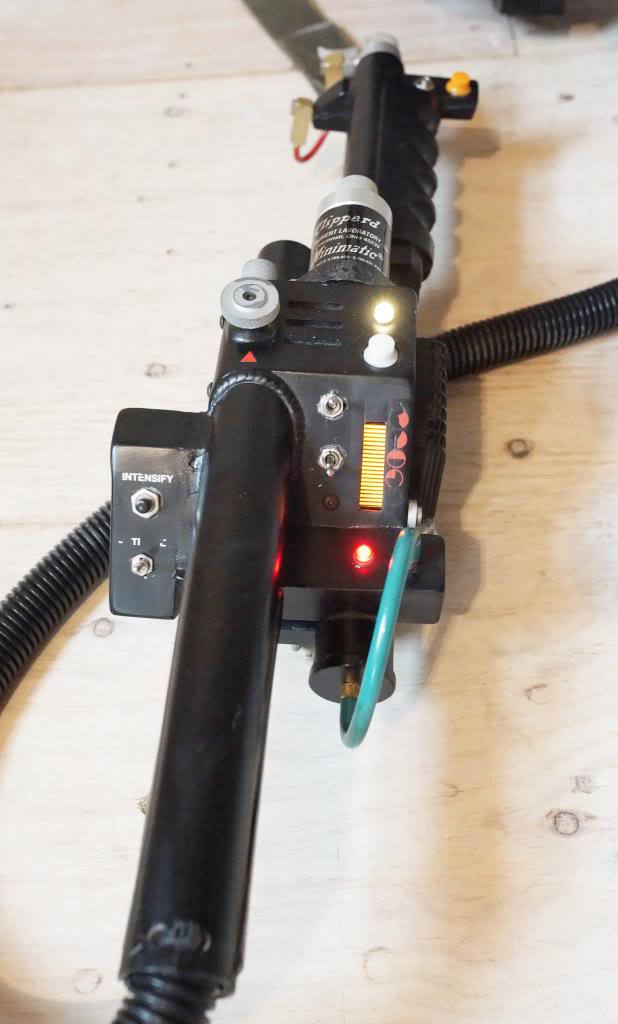 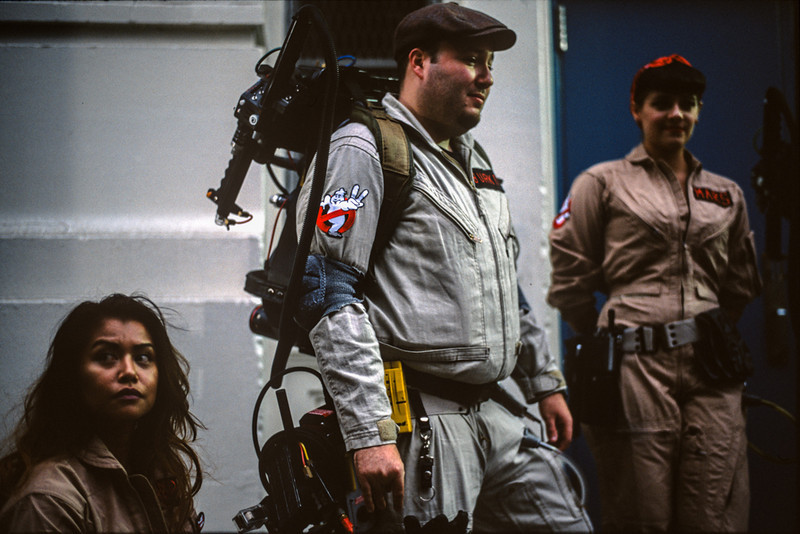 mburkit wrote:I just posted this in the Halloween Contest thread, but I figured I'd put it there too! This pack goes really well with my Herringbone Gibson and Barnes GB2 suit. . .

That's not even fair.

Yeah, its some of my best "Dan AKA" cosplay to date!

Venkman's Swagger wrote:Is it bad that I have 1 of your pack pics as my screensaver? It is BEAUTIFUL

Yeah I've seen Abaka's and Nick'sbuild threads just starting up. Its daunting as hell because I've got a Nick SemiHero kit on the way and have aspirations to build the Stantz pack which was equally inspired by this thread and the Sony lobby pictures.
alphabeta001 liked this
Ghostbusters is for life, not just for Halloween

Venkman's Swagger wrote:Is it bad that I have 1 of your pack pics as my screensaver? It is BEAUTIFUL

I do love this pack but there are a couple of people that are in the process of making really accurate semi-heroes right now that are gonna blow mine away in accuracy. I look forward to see them come together!

That's a huge compliment Mat, and I'll be honest when I started my project I thought to myself I really wanna better Matt's Semi Hero!! Please take that as compliment and not as some school yard one up man ship!!! I absolutely love this pack and I'll never be able to recreate what you did with your electronics. I'll hopefully be able to make a nice looking pack, but under the hood, yours will still be the master!!

Plus you'll always have that Herringbone GB2 suit....Show off!!!

I now must remember that I have to really deliver on my build. Yourself and Nick are going to be a real tough audience!!

This pack has been through hell and back. It got busted several years ago, where I ended up doing some repairs to the shell. It looked fine, but I always wanted to update the pack to be more accurate. This is that process of making this pack more accurate.

I am basically replacing the current shell with a new shell. The shell I am using is one of the modified GB1 stunt shells that have been floating around the community for several years now.

Then I dismantled the old pack and cut the fiberglass ion arm and booster tube off that pack. My plan was to graft those fiberglass pack parts onto the GB1 stunt shell.

Here are some shots of the graft.

After cleaning up the seams of the graft, I drilled a bunch of pilot holes in the shell. I also cut out the cyclotron and powercell lenses. My next update will most likely be of me texturing the shell and cutting a motherboard.

First thing to do was hit the shell with primer again, then get going with cutting the new motherboard.

After cutting the motherboard, I proceeded to drill out all the holes to their final sizes and then painted this sucker in Krylon Satin Black.

And with that, I reassembled the shell.

And with that, it is all done.

Here's the makita battery holder and the "#2" markings of the pack.

Lastly, here's this pack next to my GB1 OMNI Pack.