A few years back I was eager to build my first pack and like many GB fans made the mistake of buying a kit from Bob. At the time the price was really attractive and I wish I knew how much BETTER quality parts I could get for the same or a little extra dough.

Anyways, since then I've built a couple packs and I've been thinking a lot whether I should sell this thing, throw it in the trash, run it over with the car, set it on fire ect... But ultimately I've decided to try and re-build it (I guess it's just an excuse to work on another pack build

Here it was in it's most recent state: 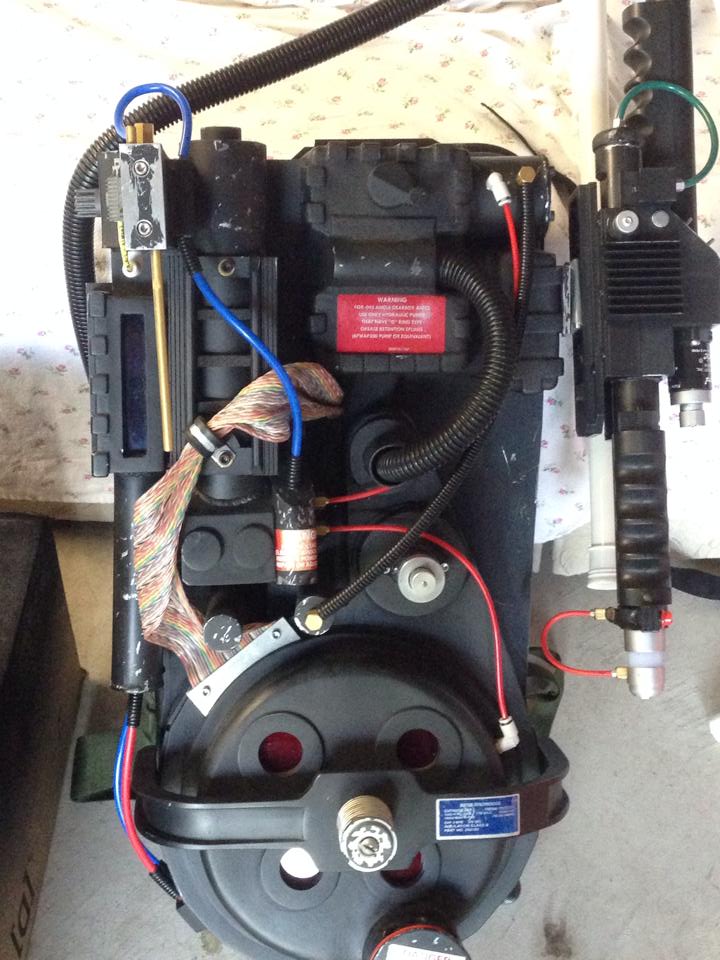 There's a lot of things problematic with it:

The mobo is too large
Power cell window too large.
Some imperfections on the shell,
The bumper is too small and recasted
Vac tube plate is just a tube inserted into the cyclotron, doesn't even have a baseplate
And ALL the resin parts are god awful horrid.

I will have to think about what is worth trying to fix and what is not.

My plan at the moment is to replace all the parts, add texture and some details to the shell and repaint it.

Last night I tore down all the parts that I could manage to get off with some ease. I've said it before, but if you guys are first time builders, think carefully before you epoxy parts down and consider just bolting them on. Epoxy is very "permanent" but if you ever have to replace parts you will be in trouble.

Since I was an idiot and used epoxy to attach my parts some of the gelcoat got torn off, but nothing that can't be filled and hidden. 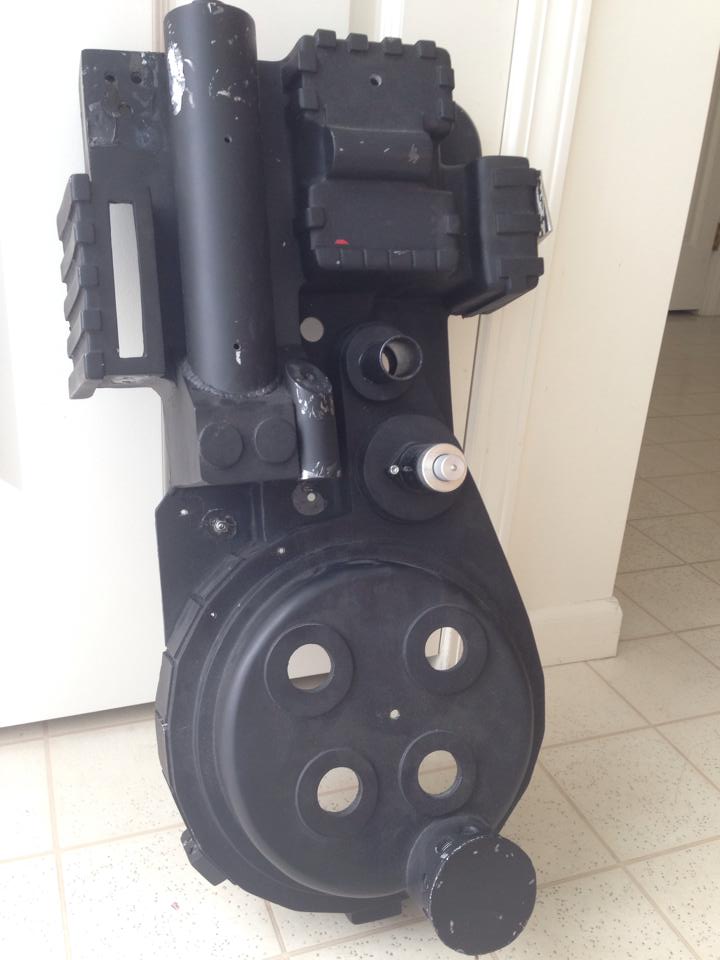 The inside of the shell is just cloth fiberglass over the gelcoat. It's not great but will be okay. 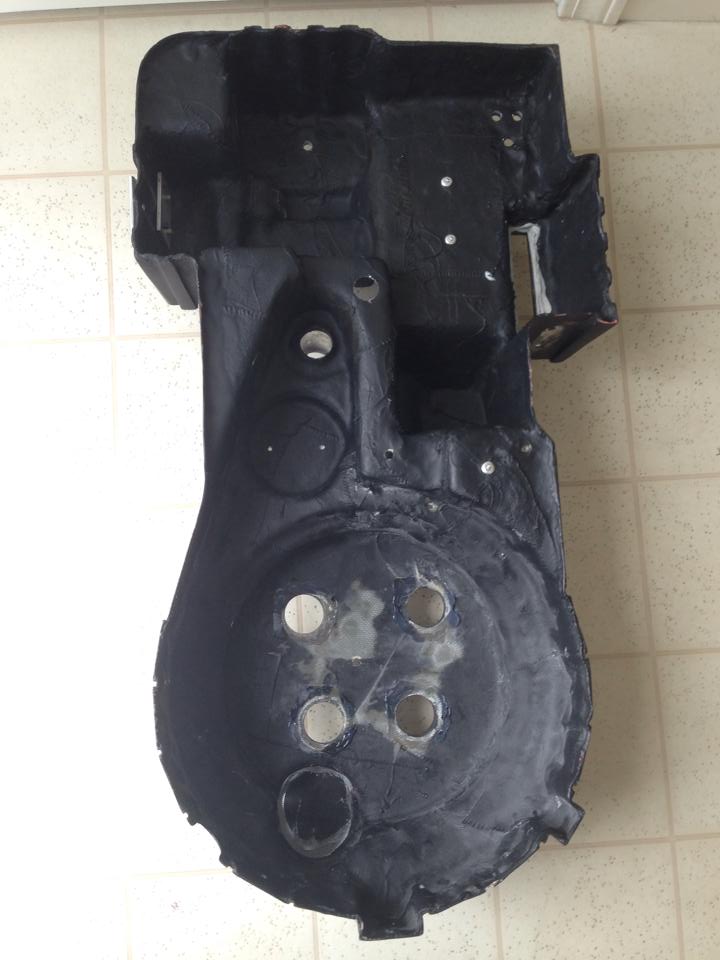 These are the abomination resin parts that came with the kit. They are just going in the trash. 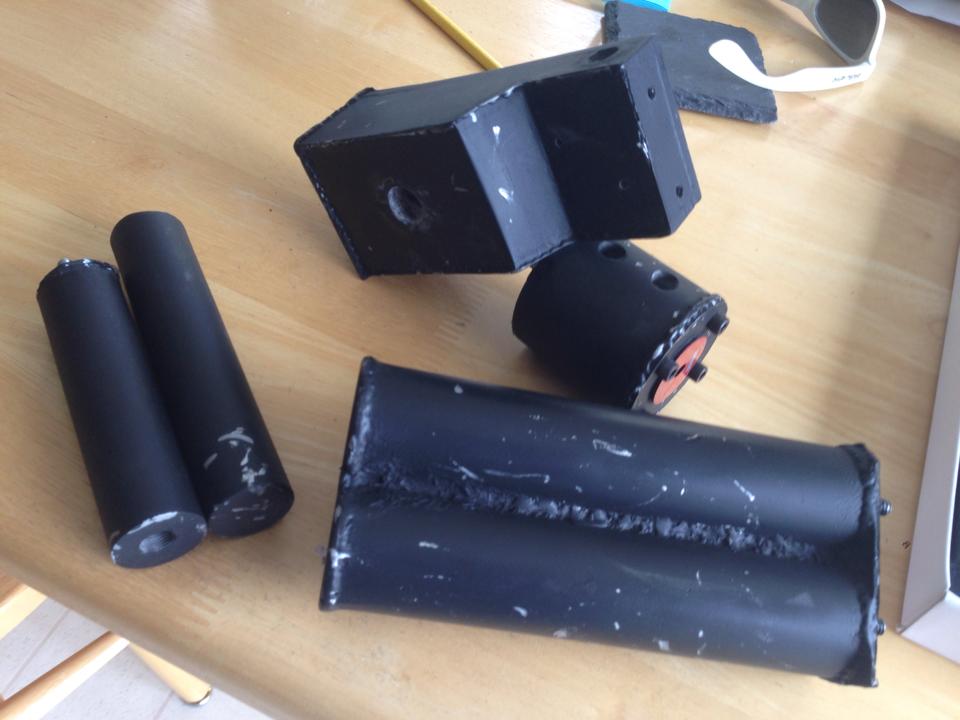 I've got some extra Nickatron parts that will help bring this thing back to life. 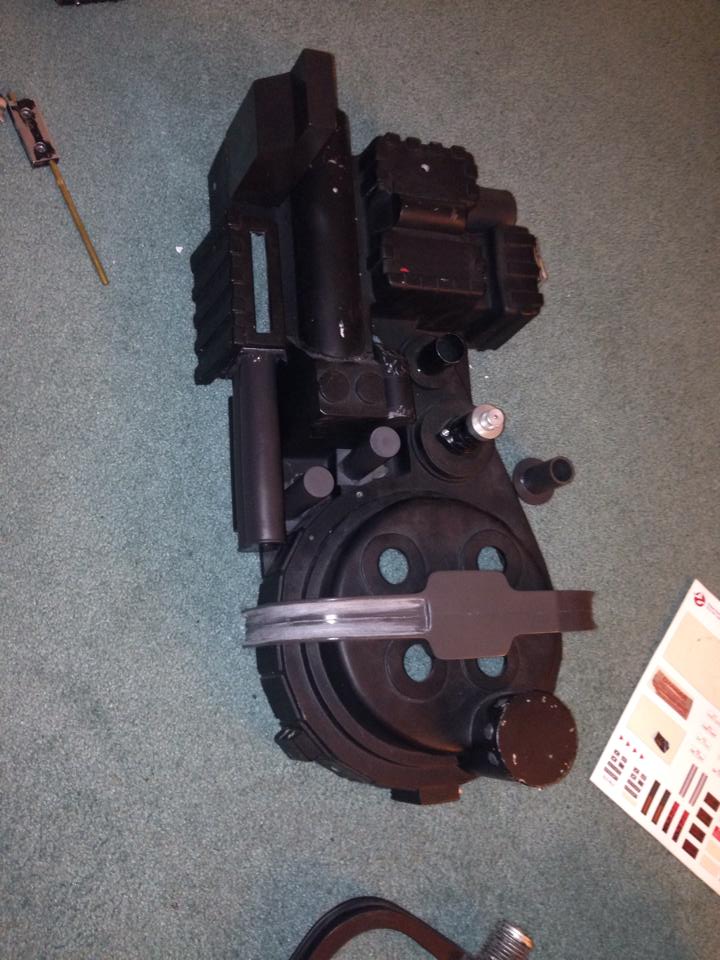 That's it for now!

By Lowberg -  July 17th, 2015, 2:11 pm
-  July 17th, 2015, 2:11 pm#4838557
Nah for now I'm going to keep the matty thrower. I don't really want to dump any more money into this guy. I have plans to do another bosh shell build so this will be my 3rd pack and the beater one I won't mind taking out in public for events and stuff. Part of the reason why I wanted to re-do this one is I realized how much money I invested into my hero replica and I'm afraid to take it to certain events. There's a huge ghostbuster themed rave party coming up in a month and I really don't want to take the $2k pack to that lol

Joe, my shell doesn't have all the labels cast in like yours did but it still does say FUAJ under the booster tube lol so classy!

Drilled out the rivets and ripped the booster tube off, forgot that there was a raised cast in label with his website on it right underneath where the booster tube makes contact with the shell...kinda weird but a little dremel action ground down the
"labels" flat 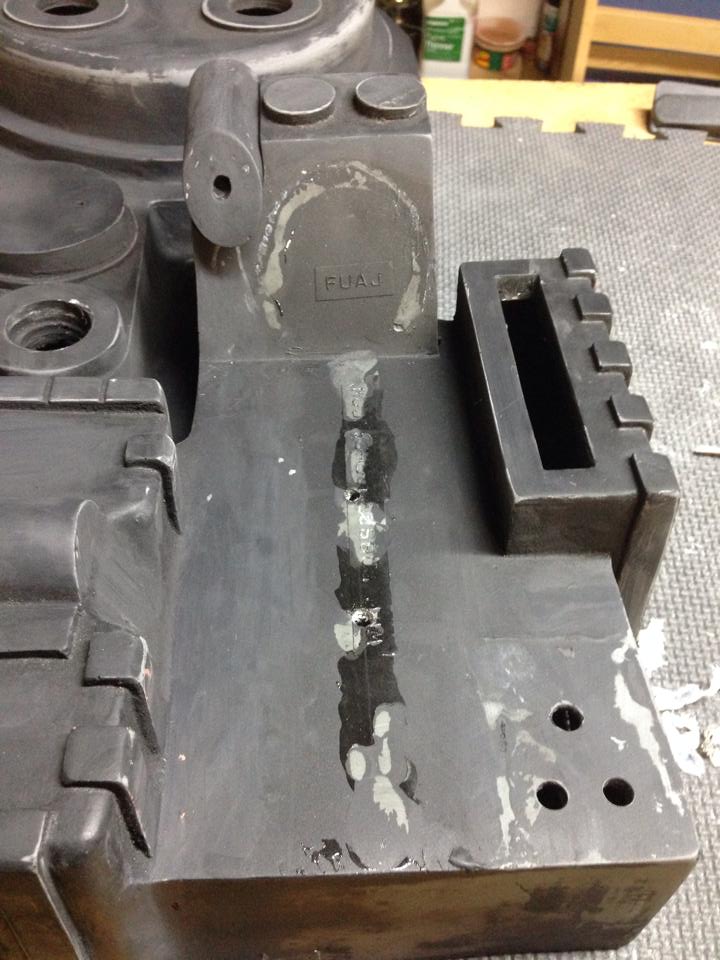 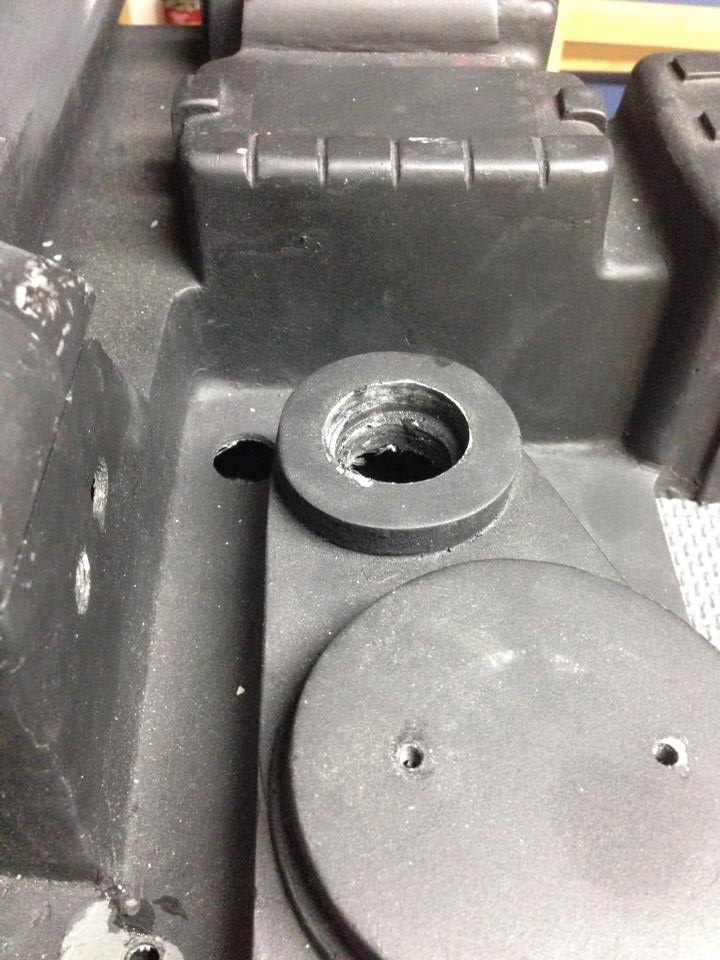 Then I filled that hole so it will mount a real vac-plate and any other place where the epoxy holding the previous parts tore off some of the gelcoat. Since these areas are going to be hidden by parts I didn't go nuts getting them perfect smooth, just enough for structural support. 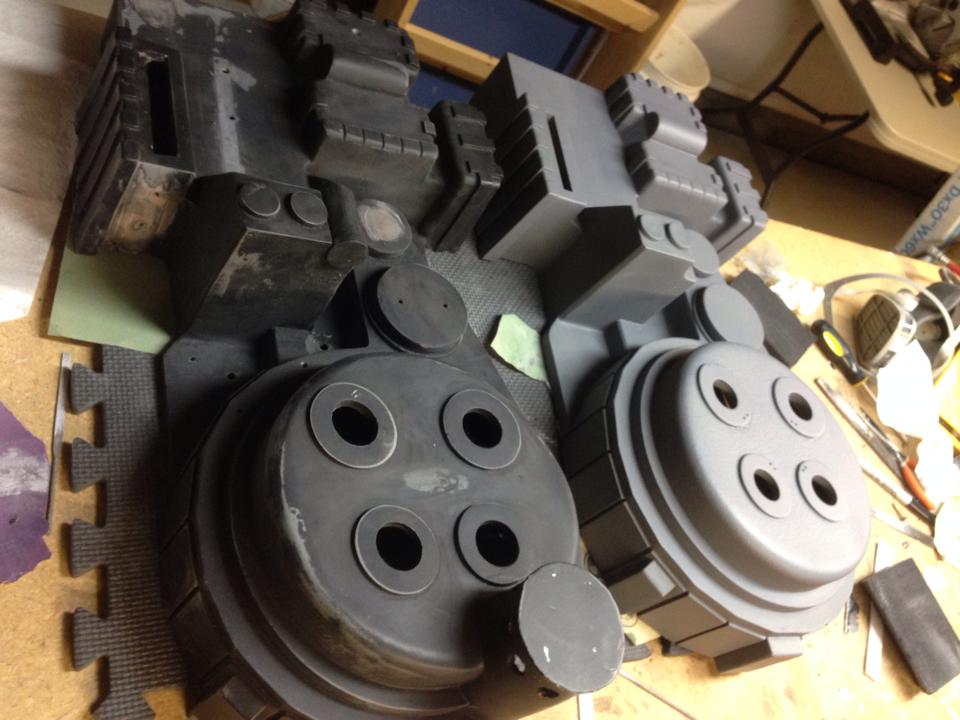 
So today I got it all masked up in areas I didnt want texture. This was my first time doing texturing so I followed pchrisbosh1's thread in the tutorial section for all this, I highly suggest you guys check it out if you want to do texturing!
Link:
http://www.gbfans.com/community/viewtop ... 42&t=27710 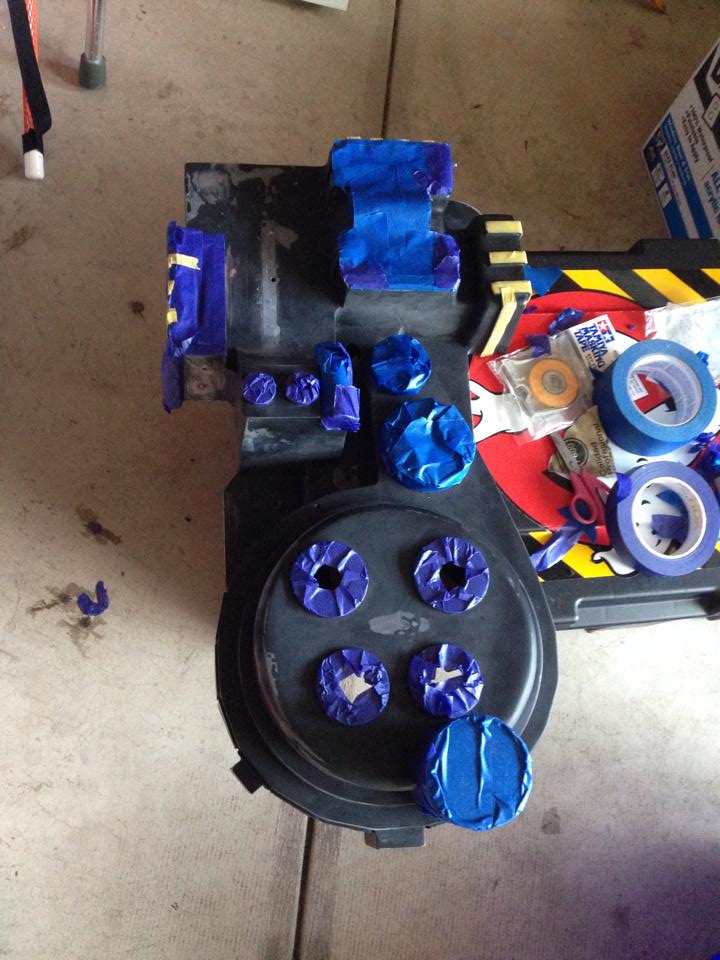 Sprayed with the wall texture... 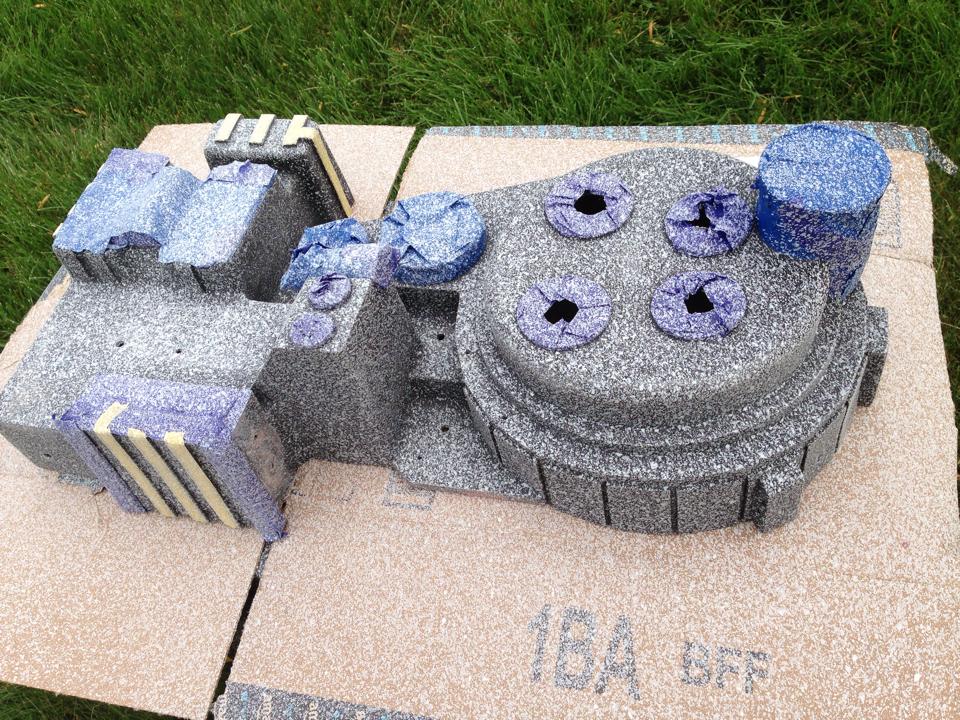 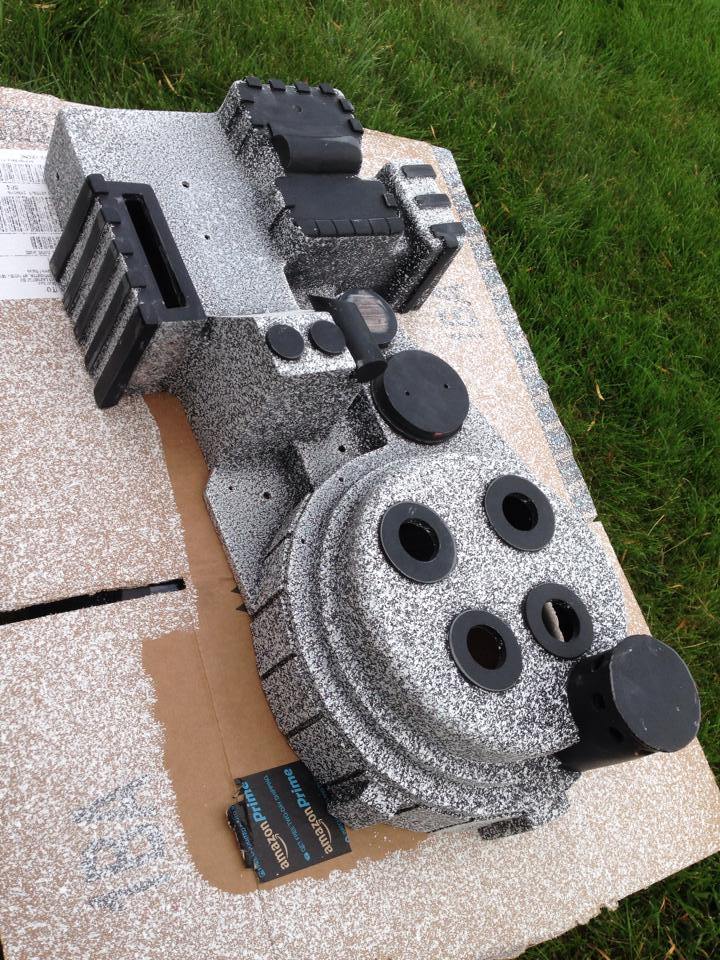 Came out pretty decent for my first time. I sprayed it with almost a whole can of lacquer to seal it as recommended by pchrisbosh1. I can see why that is definitely necessary... The wall texture is very powdery and can flake off.

I'm going to let the lacquer dry for 24hrs and then hit it with primer!

That rub n buff aluminum paste is messy but worth it! 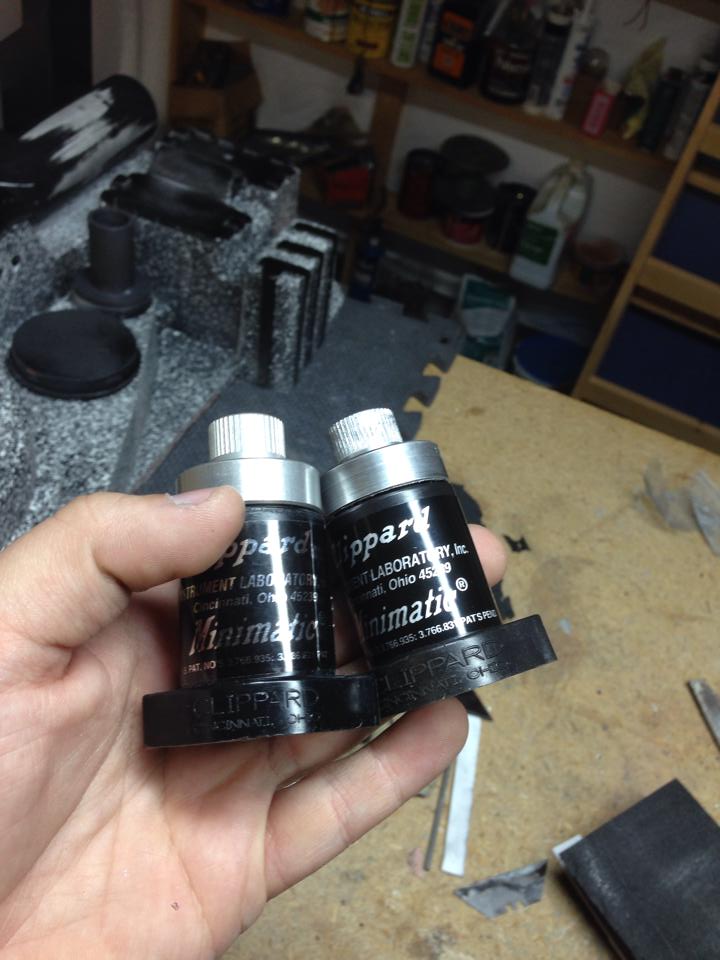 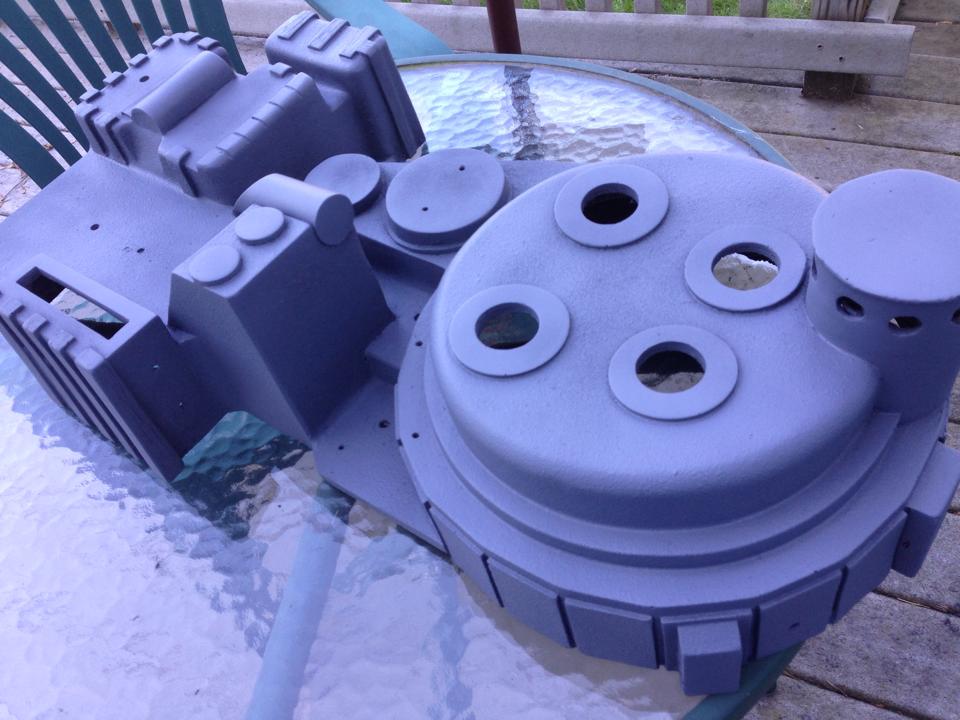 Laid down the satin black today, I had used flat black the first time around. Texture looks great! 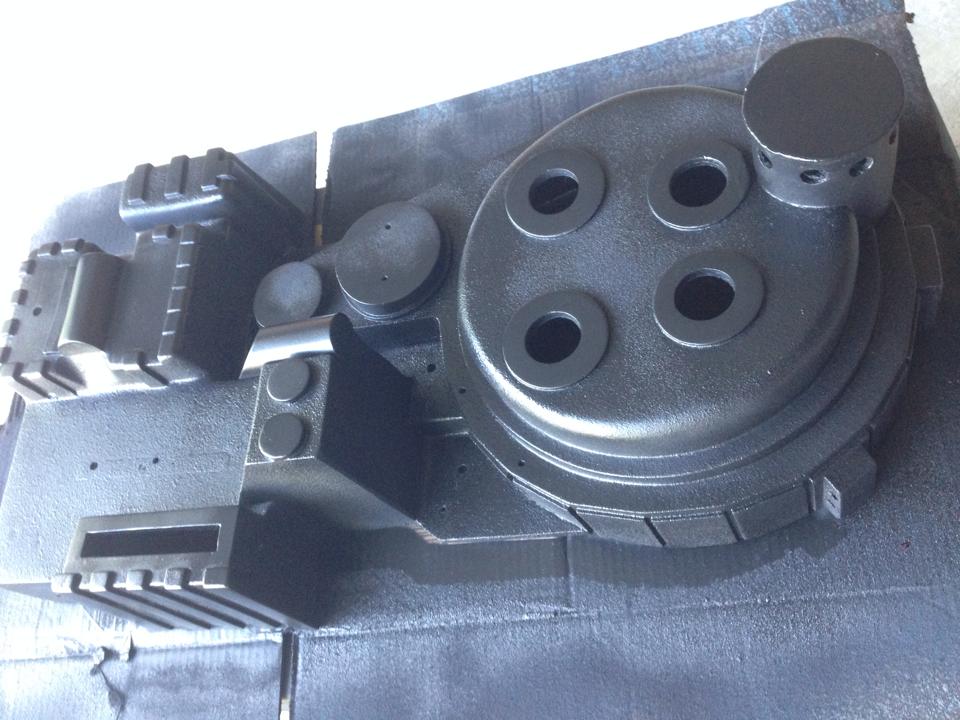 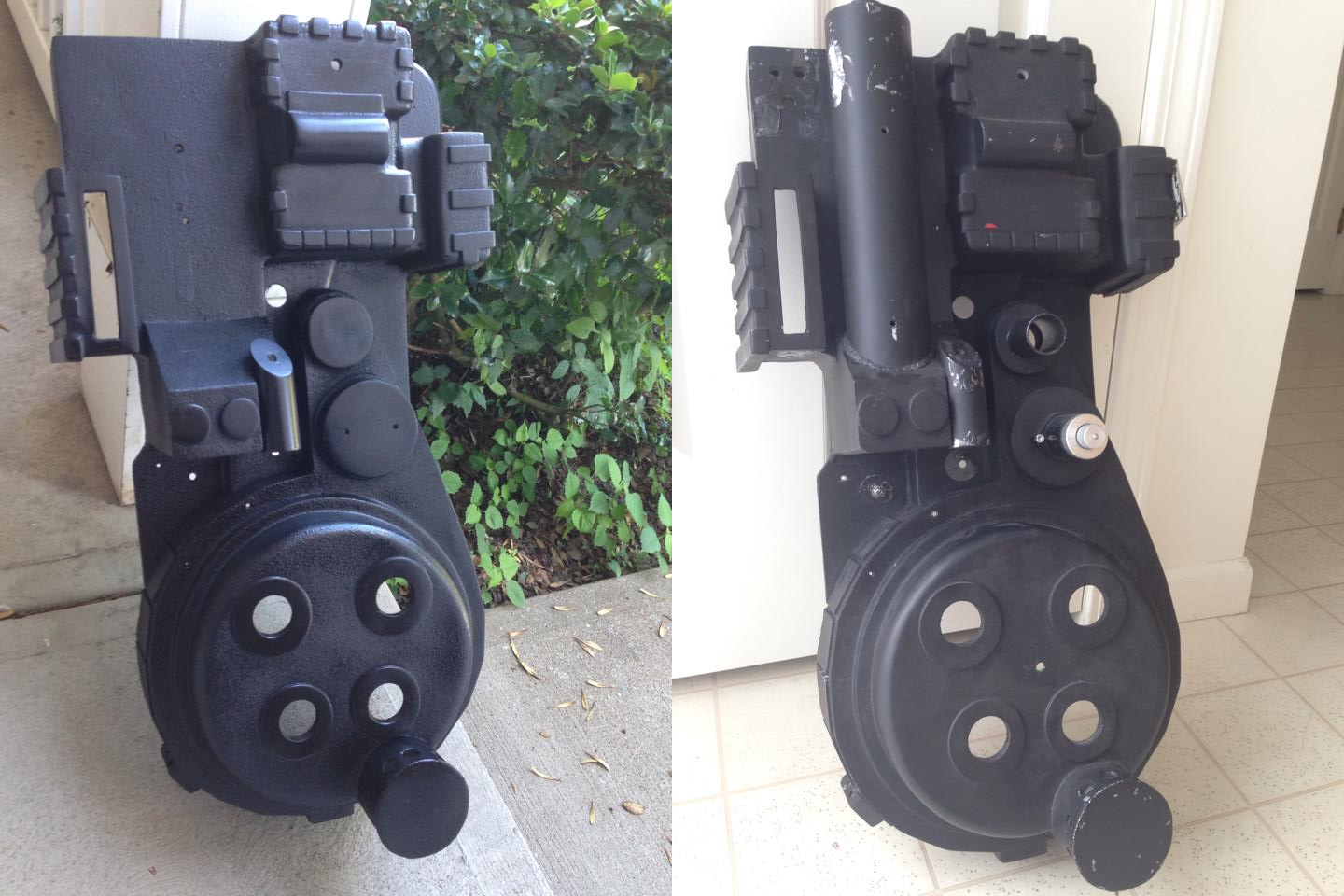 julz wrote:As much as I hate seeing threads with Bobs shells continuing to trickle through.

Good job on the texture and work so far. 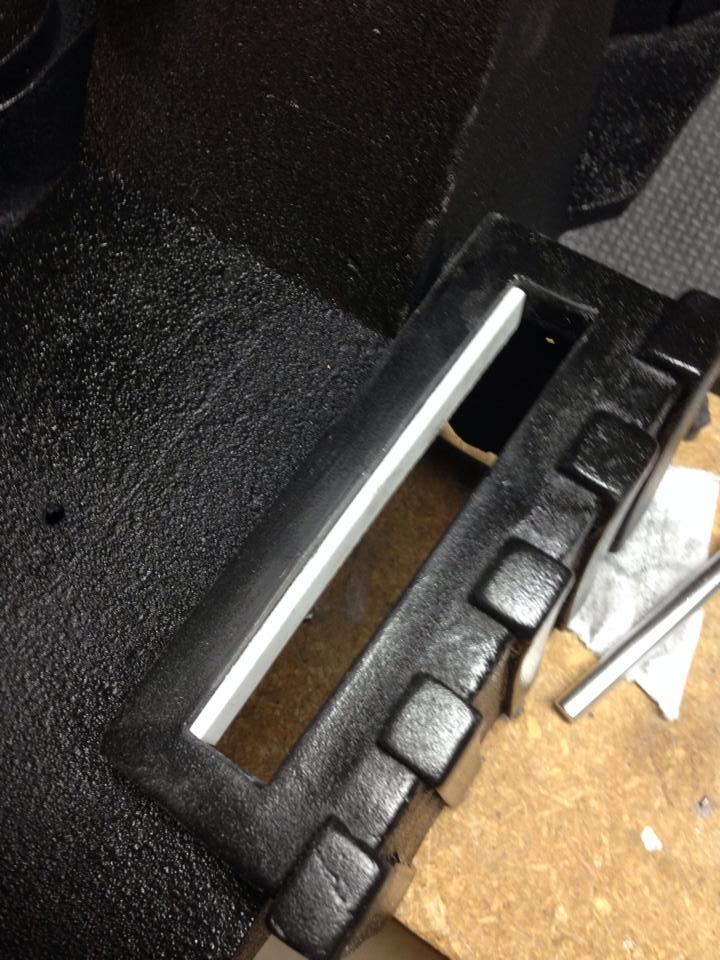 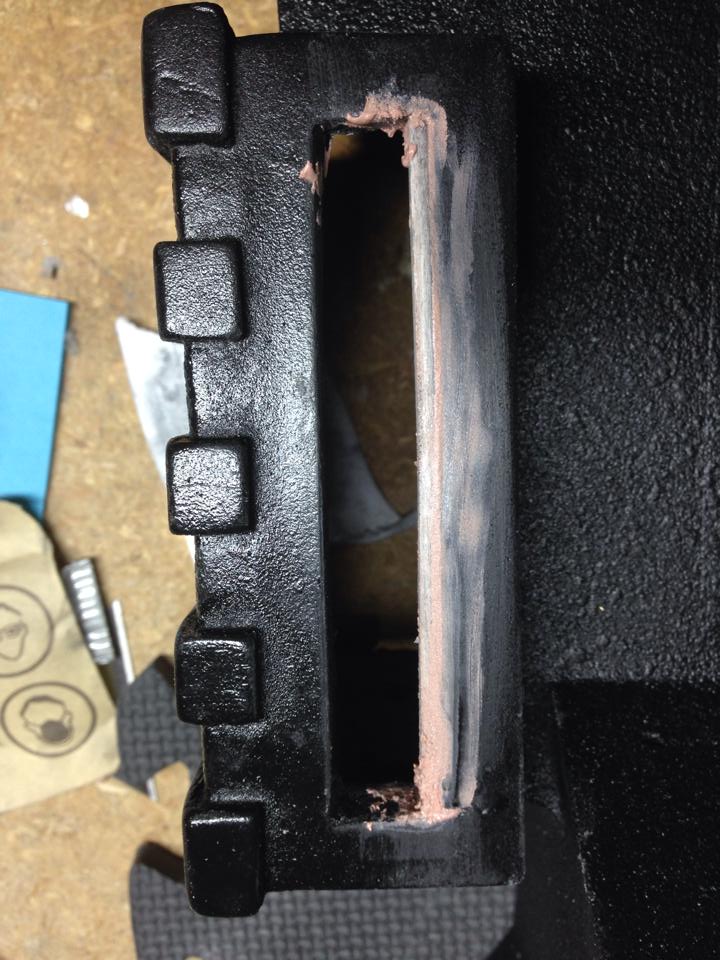 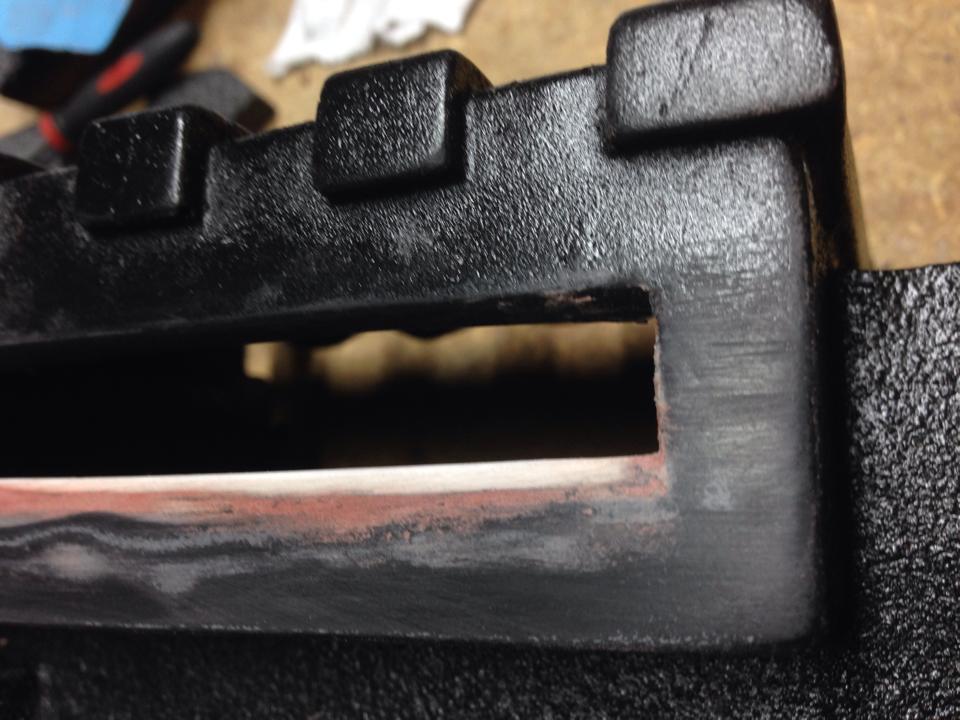 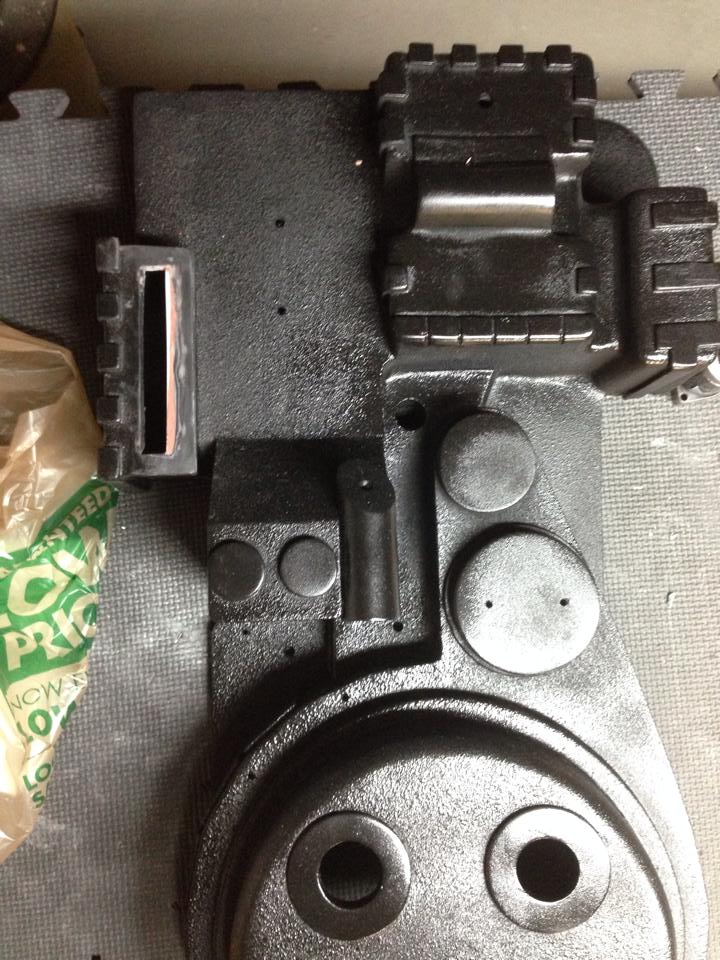 It was kind of a rush job but you get the idea: 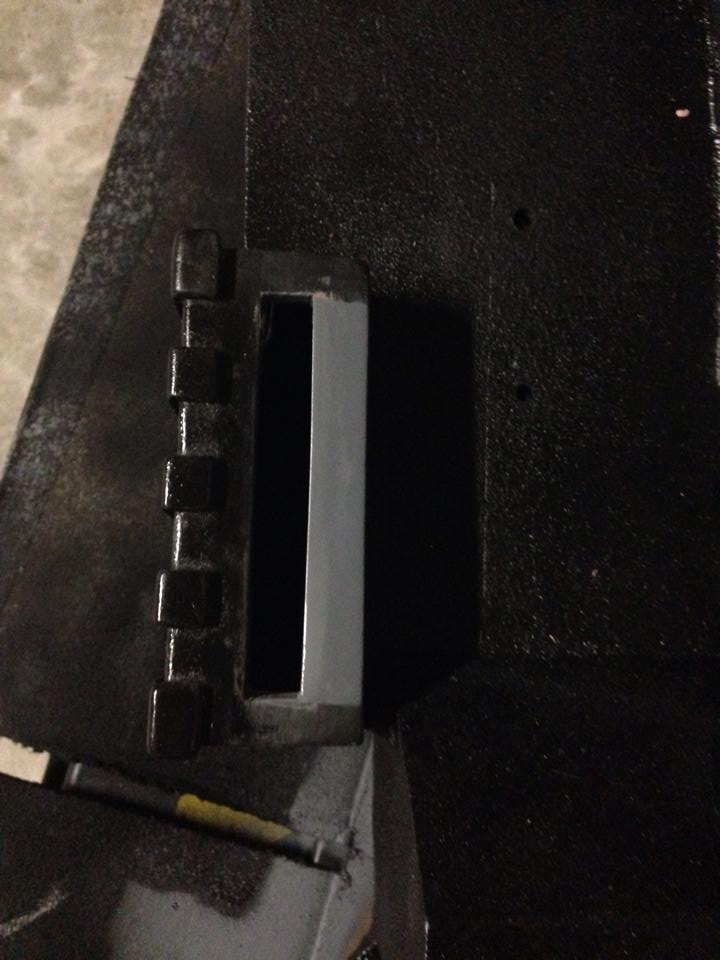 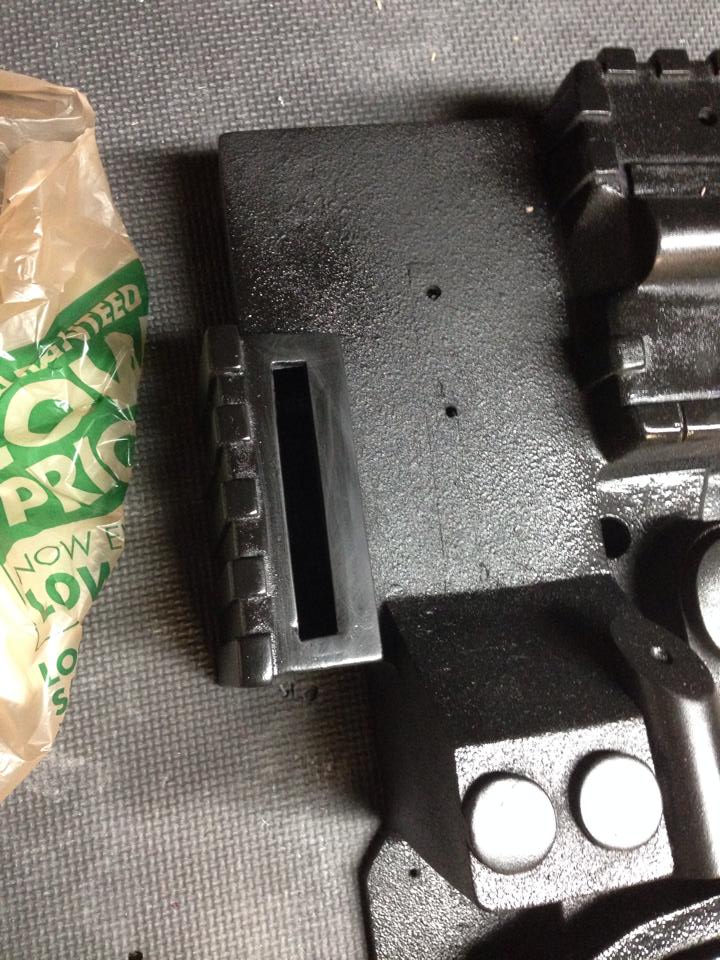 I repainted the Ion Arm Rod, The one I have for this has brass rods but It will work, (I'm pretty sure the real ones had copper rods)

First thing I did is to cut it down to the proper size, Most of the ion arm rods I've seen are too long IMO. Always have your GBFans Reference Photos at hand!

Almost an inch too long! 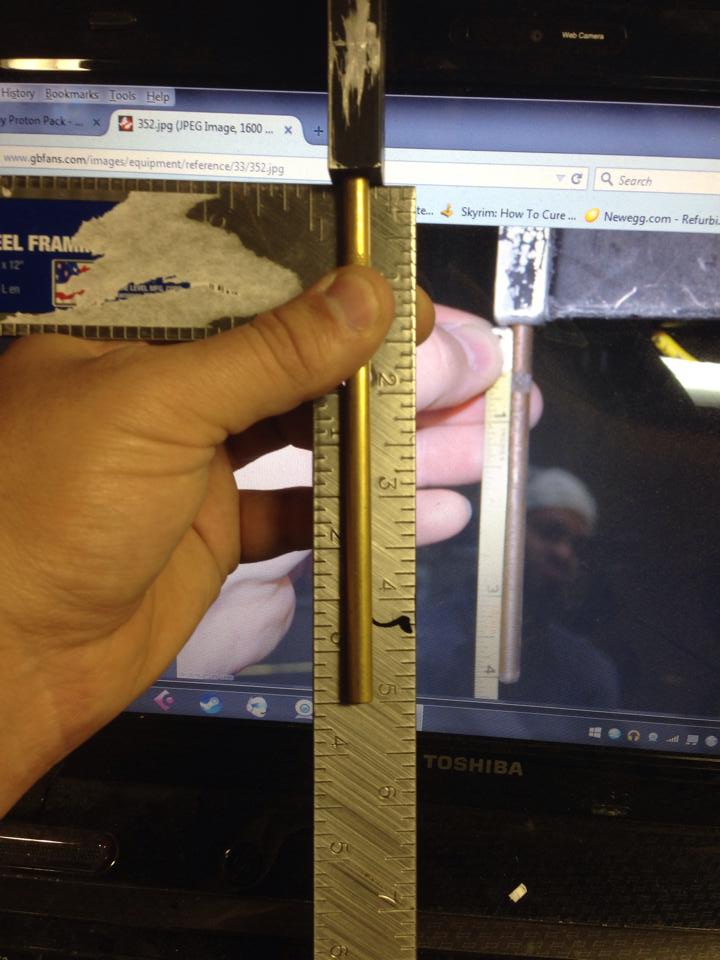 And here's the fun painting and weathering part! I forgot who I learned this from but I tried it on my recent build and it turned out AWESOME!....

This is all personal preference but if you look at pictures the real packs, you can see that some of them had some weathered black paint on the upper and lower rods: 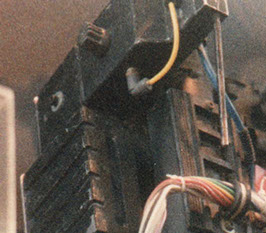 To simulate this first spray the entire ion arm rod black including the brass/copper rods: 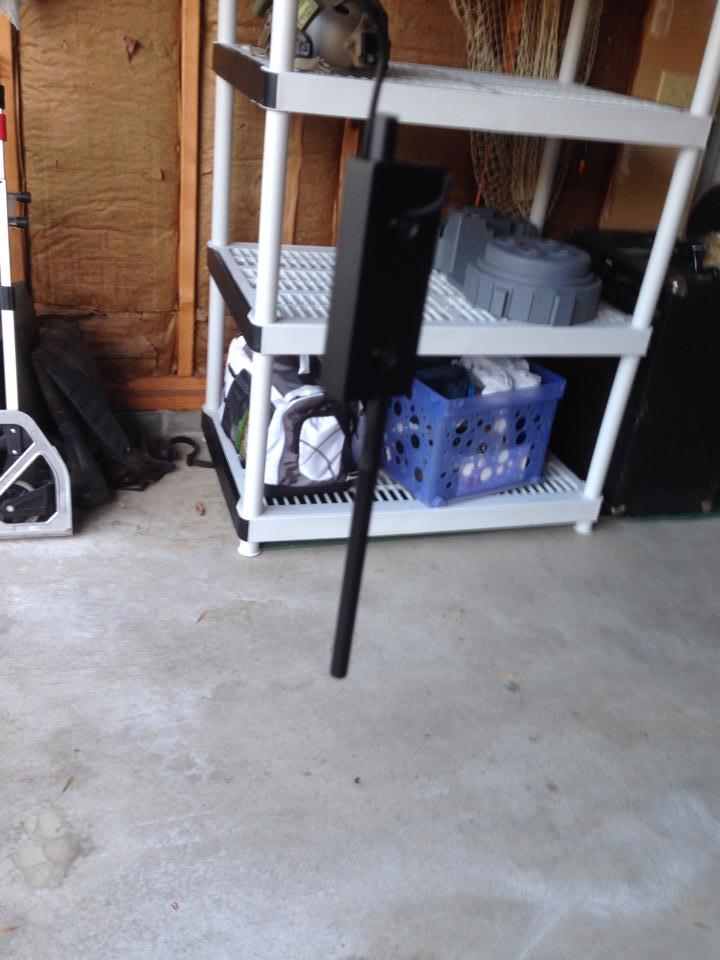 Let it very slightly dry for about 2-3 minutes..Just enough for the paint not to be liquid

Then Take some masking tape and crumple it around the rod and remove it immediately. You can also use a sticky side of the tape to dab around the rods for more control. 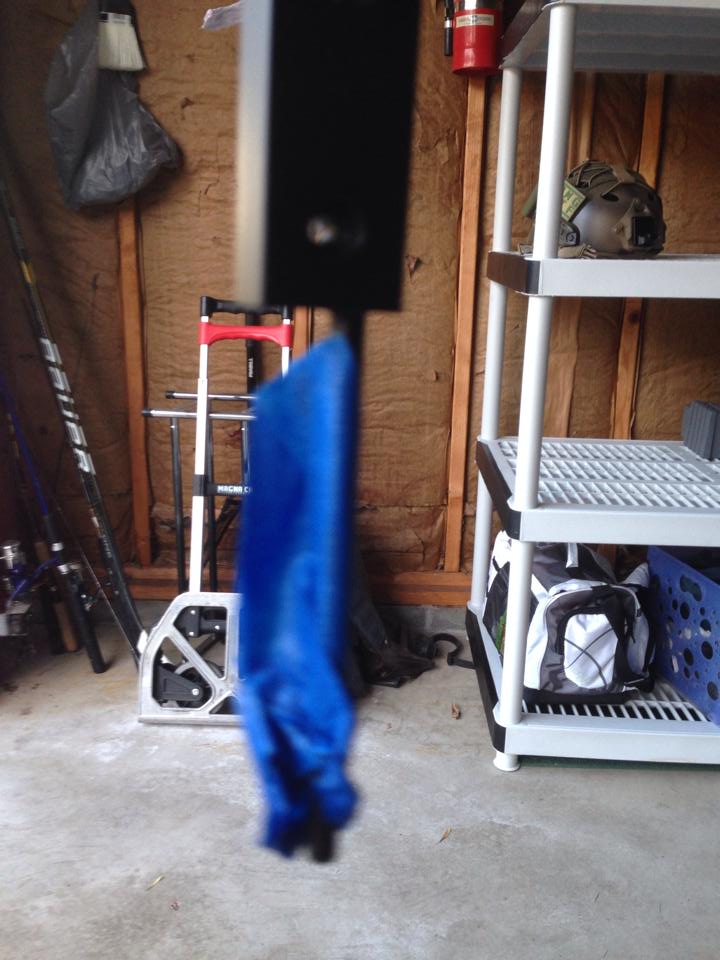 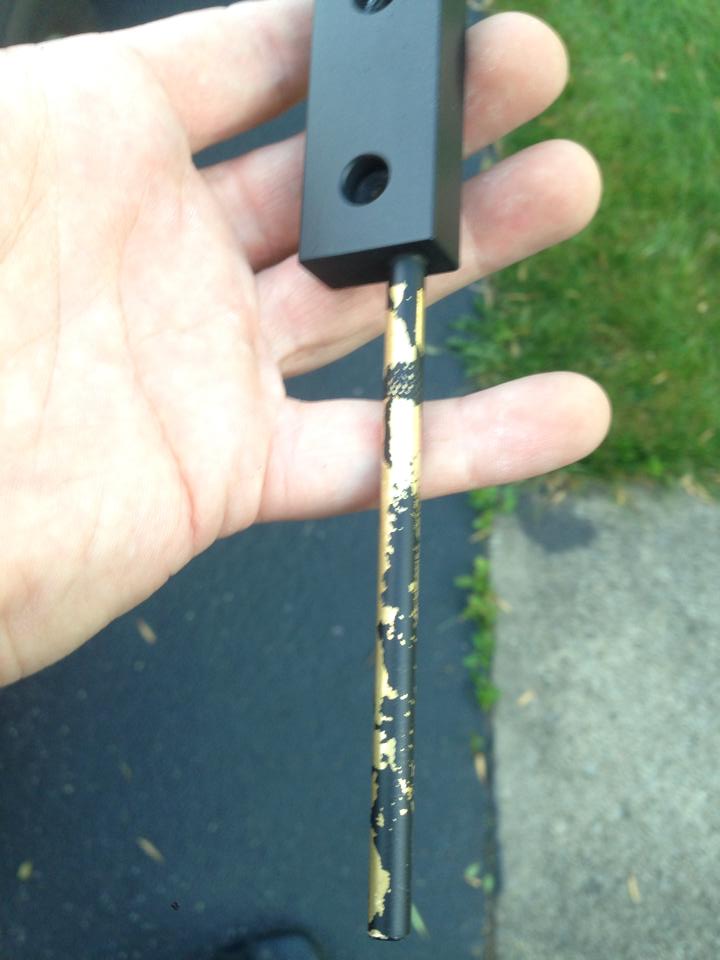 I then used some steel wool to rub and weather the aluminum block.

Here's the brass one next to the copper one I did with the same technique for my GB1 Hero pack. 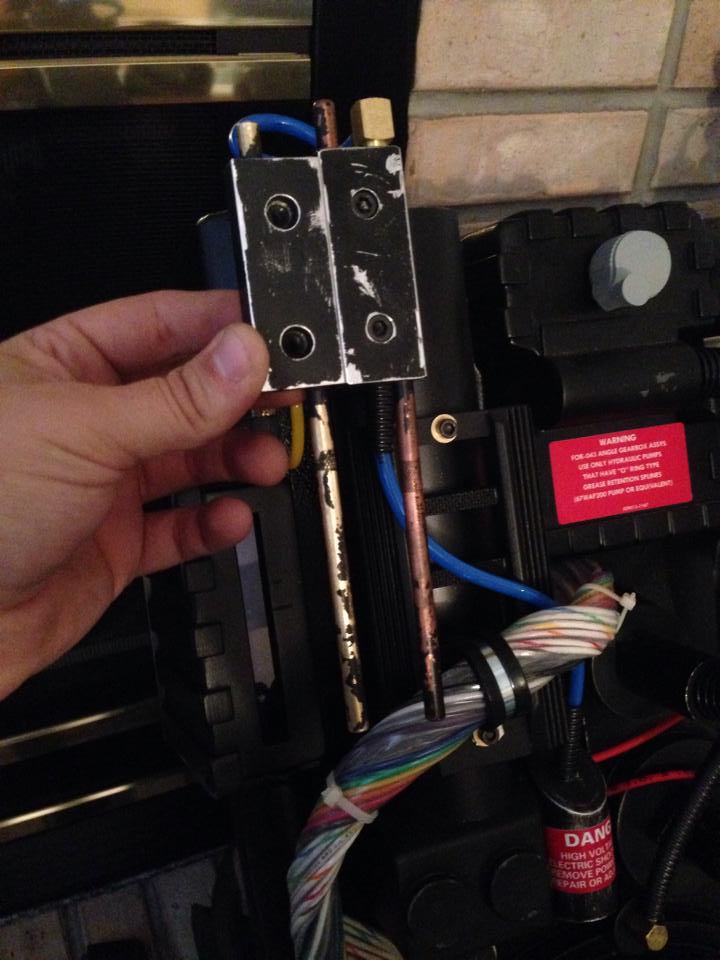 So... Do we know if the Fright Features toys avail[…]

Makes sense for the filming outside Spook Central,[…]