Starting a pack... lots of bits and pieces needed!

By Indy Magnoli -  February 24th, 2021, 3:48 pm
-  February 24th, 2021, 3:48 pm#4946242
As I mentioned in my introductory post, my very first prop replica was a proton pack! When I was a kid, I assembled a proton pack from a cardboard box, round cookie tin for a cyclotron and a karate belt for shoulder straps. The neutrino wand was a wooden dowel, foam and electrical tape for the grips and another cardboard box for the main unit. Although I've been making prop replicas ever since, I've never gotten around to making a proper proton pack... until now.

So far, I've got a good shell, ALICE frame, a resin booster and one Dale PH-25. I've got the Afterlife wand, which I might mod to a classic wand at some point. But... that's all I've got so far.

I've also just picked up a bunch of Clippard pieces locally for cheap. They're not the right models, but I'd rather have some real-world parts (and I love the challenge of doing everything on a budget or by trading with other fans) than resin castings. So, at the moment, I've got:

If anyone would like to trade for some parts, or donate to the cause, drop me a line!

Once I get my shell, I'll start posting some photos of the build. 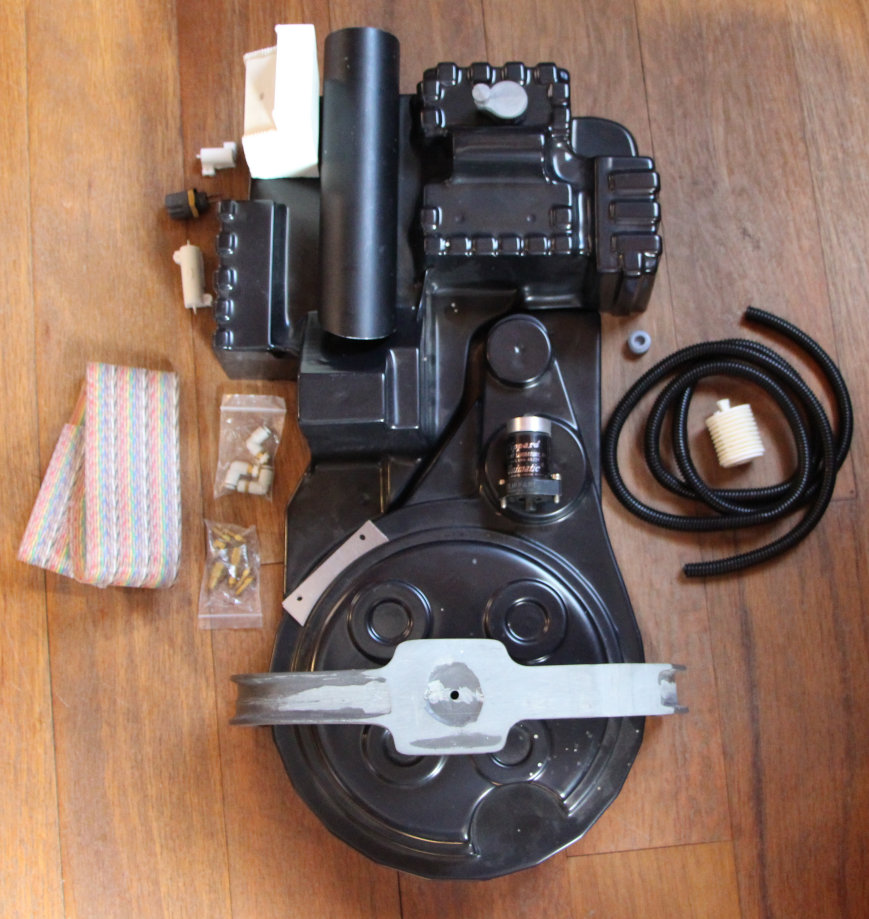 Not pictured here is my Afterlife Wand (which I'll probably try and mod back to a standard wand) and the ALICE frame.

So, if you see something missing (there's plenty!) and you've got a spare, drop me a line. This includes any sound and light kits you may have. I love horse trading, so shoot me a pm or e-mail so we can talk.

Once all my ducks are in a row, I'll start assembling and post progress pics.

<looks at posts since my last one> Record ti[…]

After receiving and evaluating some more GB1 name […]

After my GB fans elbow pads arrived in the mail, t[…]