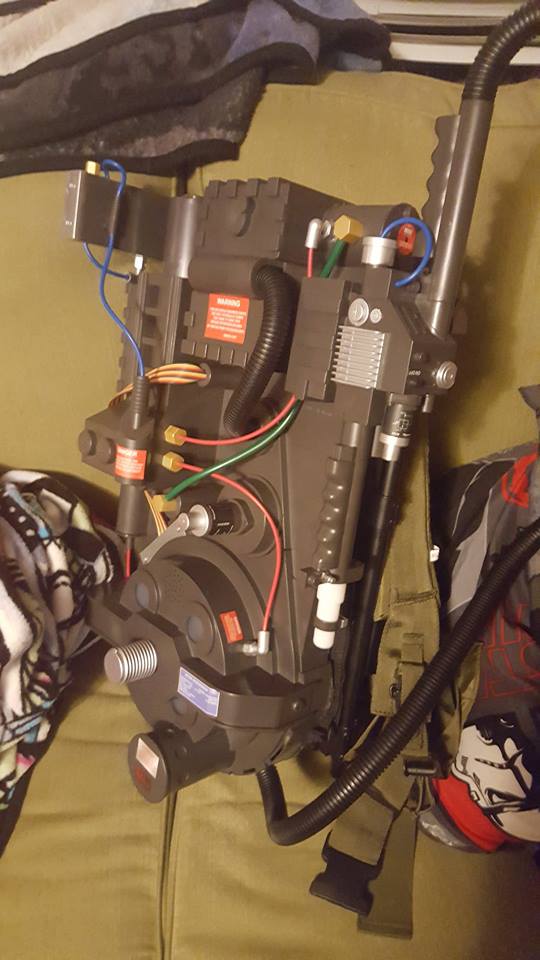 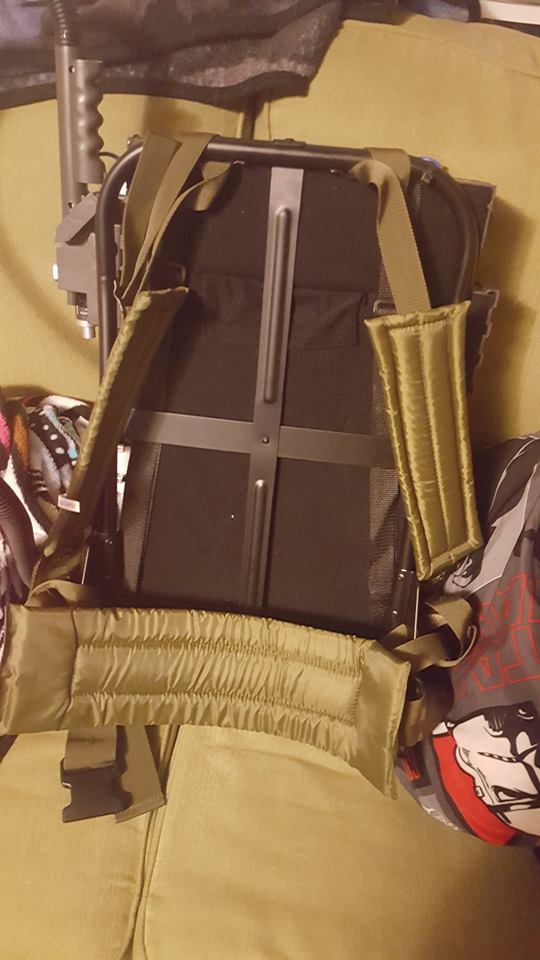 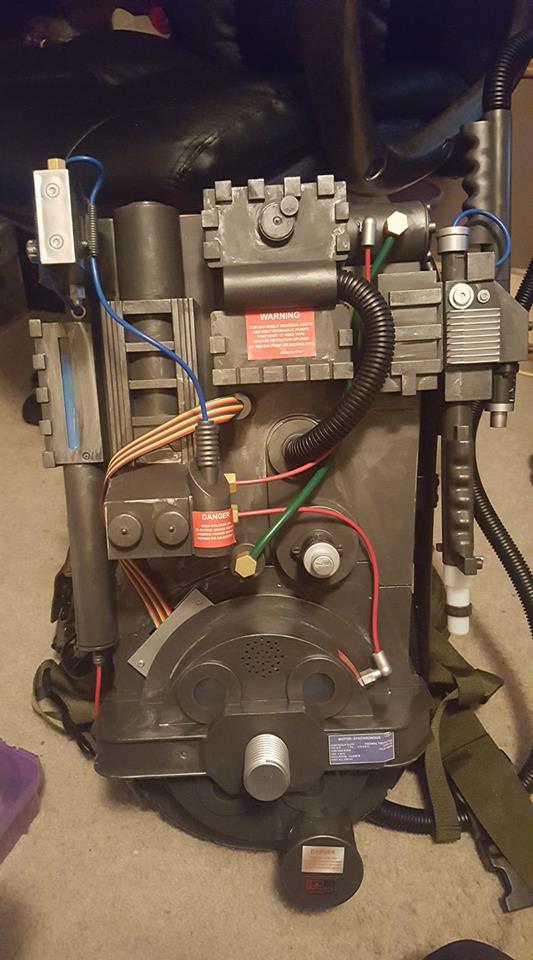 I'm happy with how it turned out!
Hooligan404 liked this

Stingercell22 wrote:Are there any Ghostbusters in Northern Michigan? I live in Petoskey, MI and I am looking to start or join a group in this area! I am working on my proton pack and uniform as I type this 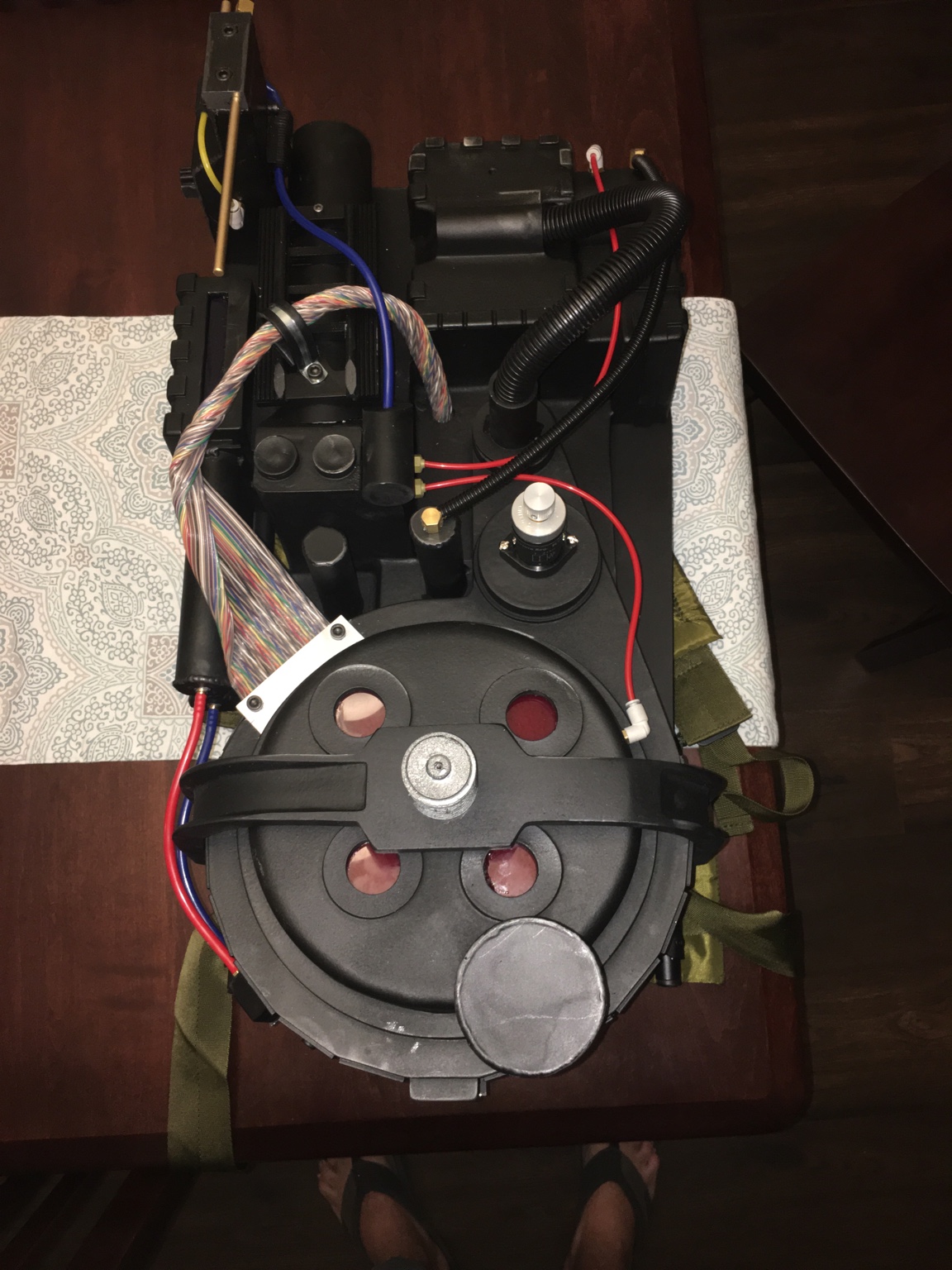 Spirit Pack looks good bud! Possibly one day we can meet up for coneys, Faygo, and Superman ice cream!

Fb.com/mighostbusters if you feel like following a MI franchise!
"Ok. opening at number 2, to sub 50 million, next to the 2nd weekend of an animated kids movie, is NEGATIVE. Let me just clear that up right now. There is no middle ground on this. Studios DO NOT spend 100 million in marketing money to open at number 2. No sir. No. No. No. No." - Richardless

Hello there!
"Ok. opening at number 2, to sub 50 million, next to the 2nd weekend of an animated kids movie, is NEGATIVE. Let me just clear that up right now. There is no middle ground on this. Studios DO NOT spend 100 million in marketing money to open at number 2. No sir. No. No. No. No." - Richardless

I've been cosplaying a Ghostbusters since 2007, mostly for Halloween. I've had the suit and what not for all that time. The proton pack is what's been the hardest part to nail down. My original pack was a kenner RGB pack that I painted black, added some more odds and ends (to make it look bigger), glued to a piece of wood, then mounted to an alice frame. It worked ok for the first few years.

In 2010, I met my future wife, and she joined the my GB team that Halloween. We got her the dark suit from GB2 and she went as the "rookie." Her pack was even worse than mine, we really built it on a budget. I don't want to get into much detail, but it wasn't pretty.

Fast forward to 2019, our son is HUGE GB fan, so we wanted to get him all set up. So we decided to upgrade all of our stuff. We got our son a suit, I got a new suit (I out grew mine... Yes wider), and my wife wanted a tan suit, not the rookie one, lol. We also got 3 spirit proton packs, which my wife and I mounted ours on our old alice packs (so our original packs are no more). I also gave my son my old kenner pack to play with (but he's mad that I painted it black, he wants it blue, lol). I knew all along that our new spirit packs would be "works in progress."

This year all 3 of our packs are getting major upgrades. My pack will be the best (after all I AM the original Ghostbusters of the family). I'm adding the Hasbro wand, GB fans lights and sounds, cosmetic upgrades, as well as a slime blower tank like in TVG. My son's pack is getting the Hasbro wand as well (I couldn't get myself one and not get him one, he would be upset, lol). Both my wife and sons packs are getting a light upgrades as well. We couldn't afford to go all out on those this year (maybe next year), anyways they are getting a Velleman light kit added to them (it does a decent job simulating the cyclotron and power cell lights). My wife's pack will still have the spirit wand and spirit lights and sounds. But we are going to attach the trap to her pack (like from RGB). My son's pack will get the slime blower tank like mine (since the Hasbro wand does the TVG sounds, I had to add the tanks). I'm going to light up the slime tank and hose with some LEDs.

Finally our daughters, one of our daughters has cerebral palsey, and we usually dress her up as our "slimer." She is in a wheel chair, and has limited cognitive function, so it's really the best she can do. Our other daughter "likes" Ghostbusters, but isn't a huge fan like the rest of us. We didn't want to leave her out of the fun though, so she got my wife's old GB2 "rookie" suit. I'm going to repaint the old kenner pack blue, put spirit lights and sounds in it,cand make it our RGB pack. She will get that pack to wear. It won't be the best pack we have, no. But at least she will be involved, and like I said, she's not a huge fan anyways.

That's our story.
deadderek liked this

Long story short, yes it was both a combination of[…]

Dan Schoening posted the textless version of the v[…]