Please leave feedback for this person if you have completed a transaction with them recently. Remember to keep things factual and relavent to the discussion. Do not comment if you do not have a reason to (ex. you haven't had a transcation with them), and remember once a comment is submitted you will not be able to edit it. We also do not remove feedback unless it violates a rule, so do not be afraid to leave an honest opinion!
lunchbox739 liked this

By Wallabe -  November 30th, 2012, 6:05 am
-  November 30th, 2012, 6:05 am#425832
I recently purchased a complete lc-1 frame from Ash. The price was great. Communication was great, they even went out of their way working with myself and another member to allow us to combine shipping. The frames were sent out very quickly and received quickly as well. Great seller
lunchbox739 liked this

However he also went out of his way to give prices and options for INTL shipping and he refunded me some of the postage cost back and it arrived very very quickly to the UK.

Also, he responded a wanted post I made and actually allowed me to "reserve" a spot on his run which was very kind of him in my opinion.

Will gladly deal with again
lunchbox739 liked this

By PlayswithSquirels -  December 20th, 2012, 12:23 pm
-  December 20th, 2012, 12:23 pm#428487
Ash is the man. I purchased two of his Charcoal Grey Flight suits and they are both amazing. Communication was constant. He even went out of his way to inform me that one of my suits was a slightly different shade than the other by some fluke with the color stripper and asked if I would want a replacement. As I saif both are absolutely beautiful and I if you don't have the means to dye your own, I highly recommend picking one up from him if he does another run. 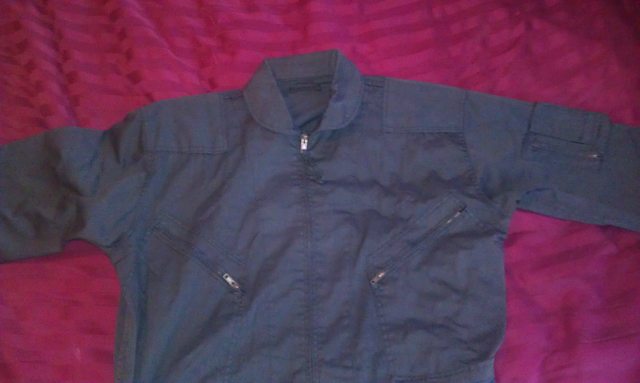 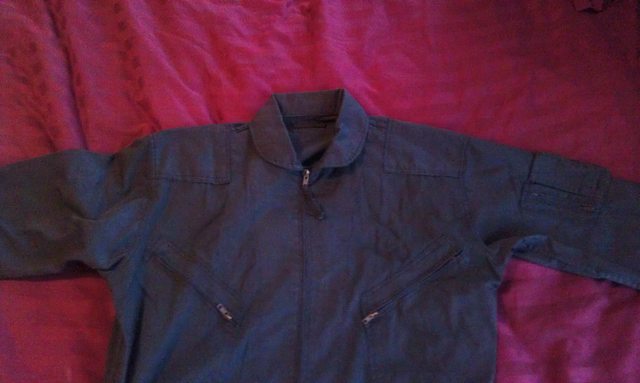 lunchbox739 liked this
"Sometimes sh*t happens, someone has to deal with it, and who you gonna call?!" - Dr. Peter Venkman

A+ transaction all the way around, thanks again!
lunchbox739 liked this

By Chevyh0tr0d -  February 26th, 2014, 9:39 am
-  February 26th, 2014, 9:39 am#4781578
Recently had Ash dye me a flight suit. I ordered it off amazon he was kind enough to give me his mailing address so I could save the cost of having to ship it from my house once it arrived to him. Instead allowed me to ship it directly to him from amazon. Not only did he do this, he answered all my questions and addressed all my concerns for the dying process, such as shrinkage etc. He then had it done super quick and had it returned to me within a week of it arriving to him. I can not ask for a better seller/craft maker here on gbfans. Anyone wanting to not ruin their old cast iron tubs by dying a flight suit let him do it for you. I would recommend him to anyone here on Gbfans!!!
lunchbox739 liked this
(20:59:33) Hoot: Chevy; Im going to drown you in a toilet.

By BoozeBeGood -  April 8th, 2014, 7:48 pm
-  April 8th, 2014, 7:48 pm#4788815
Ash dyed a GB2 suit for me. He was incredibly helpful and have me his address so I could have a suit from amazon sent directly to him to save me money. If anyone is on the fence, Ash has restored my faith in humanity that there are still people out there that offer amazing products AND amazing service!! Incredibly helpful, friendly, and communication couldn't be better!

The suit is absolutely perfect! Could not ask for a better experience

I ordered a dyed charcoal flightsuit from Ash during his original run, and while there were some snags in the process (some flight suits were on backorder), he made regularly posted updates in both the thread and in PMs. There was even an issue with velcro coming off of my flightsuit during the dye process which Ash made sure was fixed before sending it my way. He even threw in a GB2 patch for the wait. Once everything was all together, it was shipped to me quickly and the suit looks great; exactly what I was hoping for!