Was this scene actually filmed? 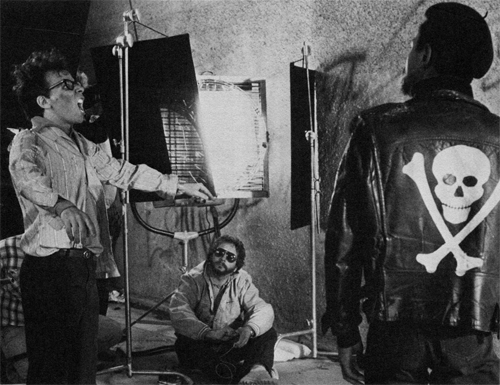 Or was it scrapped before cameras started rolling? If it was filmed, hopefully it'll be on the new release.

Or was it scrapped before cameras started rolling? If it was filmed, hopefully it'll be on the new release.

If there are set pictures (like the ones you posted) that's pretty much the proof that it was filmed. Otherwise it would just be storyboarded. They're not going to go through all the effort of lighting the scene and then just go "nah, everyone go home for the day."
Like The Buffalo Ghostbusters on Facebook!

Unfortunately the scene was cut very early in post production for pacing reasons and the visual effects required to complete the scene were never made.

Sadly, to the best of my knowledge, no rough footage has ever seen the light of day since post production.

What I wouldn't give to see an uncut version of the film - i.e. as written per the final draft.
Spengs liked this

Author of Making Ghostbusters? And two really in-depth articles for Cinefex on the GB films?

Alex Newborn wrote:Whoa... is this the actual Don Shay commenting in this thread?

Author of Making Ghostbusters? And two really in-depth articles for Cinefex on the GB films?

Don Shay wrote:No, sorry to disappoint... I am not that Don Shay... simply a connoisseur of the first film.

Haha, funny coincidence! I was wondering the same thing.

Stop stealing my jokes and get some of your own m[…]

I was once a regular on GB.net, and thankfully hav[…]

I made a hybrid of the William Forsche online work[…]

Not sure if I want the proper incandescent bulbs a[…]