Cleaning up the Town documentary

...I just got back from the UK premiere of this in the IMAX and it is really, really good. Lots of laughs from the audience, some fantastic motion graphics as explainers (look for an excellent riff on the original NES game!) and some very sweet reminiscence from all sorts of folks. Worth the wait for me, and nice to see a bunch of names I recognise up against my own in the Kickstarter credits.

So yeah, definitely the definitive Ghostbusters doc, and I spoke to Claire Bueno and the GB2 one is in post now so is also still coming!
mrmichaelt, Kingpin liked this
Minor UK Indie Celebrity.

I'm a newbie so apologies if this has already been asked and answered...but does anyone know if this will get a blu ray release available to everyone?

That's to-be-determined at the moment (unless the Buenos said something during a screening).
Fake Shemp liked this
Ghostbusters IDW Sales Chart (Updated for October 2019)

I'm a newbie so apologies if this has already been asked and answered...but does anyone know if this will get a blu ray release available to everyone?

During the crowdfunding campaign that ran a while ago, they said there would be a DVD and a blu-ray edition. Now, I wouldn't presume that it's still the case or if they changed their minds but I would hope they make good on their word.

Also, the doc is distributed by Kew Media Group so we just have to find if they are into blu-rays (which I am very much hoping for).
mrmichaelt liked this

By robbritton -  January 6th, 2020, 5:17 pm - Posts: 510
-  January 6th, 2020, 5:17 pm #4929802
Just back from the second screening of Cleanin’ Up The Town that I’ve seen, this time the extended cut at the Prince Charles cinema. If anything I would say the two hour cut is even stronger. Steve Johnson is still the stand out comic relief for me, but lots of proper laughs from the audience and a very warm reception all round. If you can get to a cinema to see it, you really should.

Oh, and forgive me Mrmichaelt if I’m remembering this wrong, but I think we were stuck on where the realistic depiction of Chevy Chase that appears during Ron and Holtzmann’s catastrophic portal test in Crossing Over came from. A brief shot in the extended version tonight shows he is wearing the outfit he wore to visit the rooftop set of Spook Central! So if it was still unsolved, there’s the solution for you!
mrmichaelt, Kingpin liked this
Minor UK Indie Celebrity. 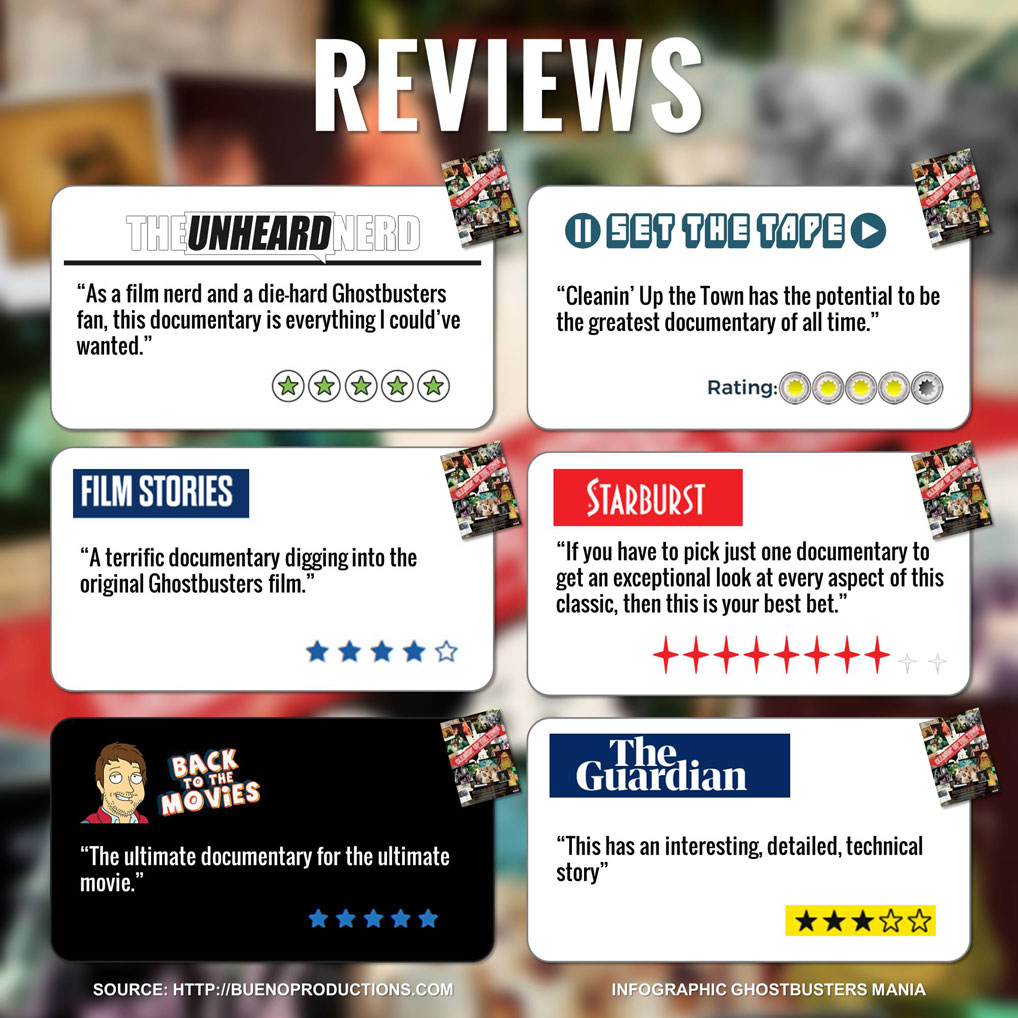 A recent interview with McKenna Grace has surfaced[…]