Why does Venkman have Thorazine?

By LandoSystem -  November 12th, 2014, 6:26 am
-  November 12th, 2014, 6:26 am#4819082
Dana may have had it in her apartment. She may not need it for herself but maybe it was left by a crazy ex, or she had some from when her mother stayed over or who knows.
Peter may have gotten it from Louis (since he seems to hoard cheap medicine) or ran to his place and got some, or quickly wrote out a prescription for it. Peter himself may have a history of mental health issues we don't know about.

For me the most likely solution is that he still didn't completely trust Dana. They were still investigating her supposed Zuul encounter. By then they had tested her apartment for a hallucinogenic gas leak, given her a lie detector, a CAT scan-type thing, checked her for demonic possession... there's still a chance she could be schizophrenic or otherwise disturbed.
Lando System?
Lando's not a system. He's THE MAN.

MacGyverUK wrote:Some more food for thought is that he says he gives her 300cc, about 100 hypodermics full.

"So? She's a dog."
Tyrael liked this
"Those who dream by day are cognizant of many things which escape those who dream only by night"-Edgar Allan Poe-

By Chace -  November 13th, 2014, 1:00 pm
-  November 13th, 2014, 1:00 pm#4819235
"Laborit had demonstrated that the drug chlorpromazine (sold in the US as Thorazine®) could be used to suppress the symptoms
of schizophrenia and other psychoses. It was sometimes abused in the 1970's and early 80's as a "knockout" or "Date Rape" drug but because it needed to be injected it never reached the level of use that Gamma-HydroxyButyrate (GHB) has seen since the 90's"
Grimmy GB liked this

StayPuffed wrote:so he is a pervert he was planning to date rape her!

Odd that you'd go that direction.

Venkman called people who claim to see ghosts "schizo's."
We see him using a gas sniffer in Dana's apartment, likely looking for leaks that would cause hallucinations.
We see them giving Dana results of a lie detector.
We see them checking Dana's brainwaves for abnormal activity.
Earlier in the film we see them asking the librarian about medication she may be on or any mental illnesses that run in the family (he specifically mentions schizophrenia).

The Ghostbusters obviously took a skeptical approach to paranormal investigation.

Knowing this, his possession of an anti-psychotic drug, especially since he's a doctor, isn't out of the question. This Zuul / Gozer business may be the result of a schizophrenic break or Dana may have a psychotic episode on their date. After all, he's only met this woman what... 3 times before?

Though Venkman says he is a psychologist and psychologists don't often have the ability to write prescriptions or administer medications, it is possible he may be legally allowed to do so. We don't know all his qualifications.

300cc's was probably a mistake nobody in production noticed.

So yeah. Doctor who often deals with schizophrenics who is in possession of a drug intended to treat schizophrenia =/= date rapist.
hrdcordweeb, vgirl, Grimmy GB and 1 others liked this
Lando System?
Lando's not a system. He's THE MAN.

LandoSystem wrote: So yeah. Doctor who often deals with schizophrenics who is in possession of a drug intended to treat schizophrenia =/= date rapist.

While I agree it doesn't necessarily = date rape (sorry there's not really a /= type symbol for not necessarily) it always struck me as odd how much sexual stuff is in the film when you think about it...

Venkman trying to manipulate a student into thinking she has psychic ability as an "in" to sleep with her.

Ray's blow job dream, which in the shooting script actually happened during the cut out Ft Myer scene.

Keymaster and Gatekeeper = Penis and Vagina (Spoiler Alert) Louis and Dana had sex on the alter on the roof.

The joke about getting Stay Puft laid.

Part 2 is more kid friendly, especially with Venkman just digging on Dana, but there's Egon's joke about the girls being interested in his epididymis (basically the tube that carries sperm)

Louis has sex again (Play on playa!) this time with Janine.

all that is just crap off the top of my head, I guess my point being there is no definitive answer on the subject of was the Thorazine a date rape joke or innuendo or there for medical use? and actually I don't think it's likely a rape reference.

But it IS possible as the film isn't shy about sex jokes, Venkman has been established as a womanizer and as being somewhat sleazy with it, and his character could have access to the medication.

Neither case would surprise me...so I say treat it like "What's in the briefcase in Pulp Fiction?" The answer is whatever you want it to be.

Oh as a footnote we were discussing the topic of the sexual stuff at a panel I was on at DragonCon and when we mentioned the Keymaster Gatekeeper thing a woman in her 30's in the audience exclaimed, "Oh my God! I Just now get that!" So I told her if that shocked her to go back and listen to the song "Brand New Rollerskates" I'll blow your mind.

By Letmebleed75 -  November 15th, 2014, 2:04 am
-  November 15th, 2014, 2:04 am#4819377
They did say venkman had a phd in psychology and parapsychology. Having a doctorate in psychology would give him the ability to administer and prescribe medications used in psychiatric diagnosis. In the early 80s psychologists still made a lot of house calls and would carry medications to administer in certain situations. Just like doctors use to make house calls and give and prescribe medications. Nothing about him having thorazine sounds odd or out of context. Doctors and psychologists always had a jump bag just like paramedics used in case they where called out to something.
https://www.facebook.com/pages/Chris-No ... e=bookmark
^
Like my cosplay page!

Anyway, as for why he carries it, who knows? It might have been left in his coat from an experiment of some sort back at Columbia. Or maybe he is into drugging his dates! No....can't be that.... 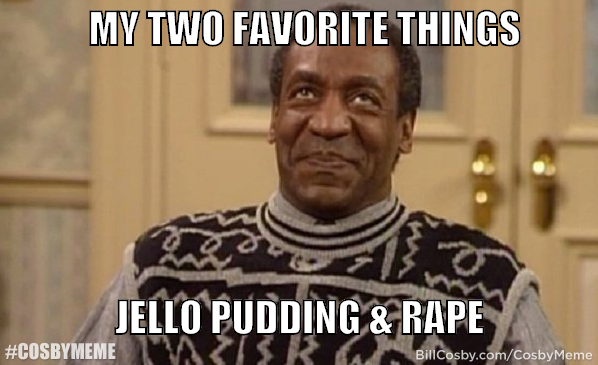 LandoSystem wrote: Peter may have gotten it from Louis (since he seems to hoard cheap medicine) or ran to his place and got some, or quickly wrote out a prescription for it. Peter himself may have a history of mental health issues we don't know about.

YES! Lol. Always thought thats was creepy but never thought of louis being an option or Peter himself having issues. Hilarious.
I LOVE THIS TOWN!!!

And although his door is smashed down, his apartment was still crawling with cops taking statements from his party guests.

You can hear them as Pete passes on the way to Dana's door.

So it's not likely Pete wandered over there and helped himself, right under the noses of the NYPD.

I still say the written-in-1984 explanation offered by the novelization is simplest and best.

"Dana Barrett still floated above the bed while Peter Venkman rummaged through the drawers of her dresser. She's an artist, he thought. She's got to have some Valium somewhere."

[p. 17 of Ghostbusters: The Supernatural Spectacular, by Richard Mueller]

So, in this interpretation, the medication was Dana's own.

Alex
TheBluesmobile liked this
What a knockabout of pure fun that was!

Alex Newborn wrote:I
"Dana Barrett still floated above the bed while Peter Venkman rummaged through the drawers of her dresser. She's an artist, he thought. She's got to have some Valium somewhere."

[p. 17 of Ghostbusters: The Supernatural Spectacular, by Richard Mueller]

So, in this interpretation, the medication was Dana's own.

I have that book too!

I think, over the years, insinuating Dana had drugs in her apartment has become less and less acceptable. Dana is Ghostbusters' golden idol.
TheBluesmobile liked this

methos2523 wrote:devils advocate... but if i was living next to Louis Tully, i'd probably have valium in my cupboards as well lol

Peter Venkman: Alice, I'm going to ask you a couple of standard questions, ok? Have you or any of your family ever been diagnosed Schizophrenic? Mentally incompetent?

Librarian: My uncle thought he was St. Jerome.

Peter Venkman: I'd call that a big yes.

(Someone else was commenting on Peter's self control when Zuul was trying to get freaky. Proves he isn't really a womanizer, only shocking the men during card tests, and walks that fine line of goofball and creepy at just the the right percentage. )
TheBluesmobile liked this

By TheBluesmobile -  December 3rd, 2021, 6:17 am
-  December 3rd, 2021, 6:17 am#4962517
Thorazine is an anti-psychotic that can be used for schizophrenia. When Peter went to Dana’s apartment he was still skeptical that she was telling the truth, so he could’ve brought it along in case it turned out Dana was just seeing things. I’ve seen people discussing how thorazine was also used as a date-rape drug, but if that was the purpose Peter had it, I doubt he would’ve been carrying around such a large quantity.

By Peter Venkman Jr. -  December 3rd, 2021, 2:07 pm
-  December 3rd, 2021, 2:07 pm#4962557
According to the third issue of IDW's Ghostbuster's Year One (which is centered on Dr. Peter Venkman), Dana Barrett appears at the beginning of the story and mentions the Thorazine Peter gave her when she was under Zuul's control was hers. Her doctor had prescribed it to her for hiccups.

As Peter Venkman Jr. said earlier on the thread, Erik Burnham chose to explain it as Dana, in the IDW canon, had a prescription for her hiccups. I think that's the simplest and least skeevy explanation.

Peter went into her bathroom and searched her medicine cabinet for something he could use to anesthetize possessed Dana. And she happened to have some thorazine.
Ghostbusters IDW Sales Chart (Updated for March 2020)

By oidoglr -  December 6th, 2021, 8:34 am
-  December 6th, 2021, 8:34 am#4962815
It seems entirely plausible to me that his standard for responding to potential possessions of human bodies by other spirits would be to tranquilize/immobilize the body. Perhaps it took many injections given off screen to put Zuul/Dana into the state he finally reaches the others by phone. (Whether a spirit should be able to physically manipulate a body without influencing the nervous system is another topic all together)

What’s with the foam on the braces of the Al[…]

There’s a million ways to tell any given s[…]

Seen a lot of people refer to 'the Facebook group'[…]