Any one know if we'll get a The Toys That Made Us?

The Toys That Made Us is an American documentary web television series created by Brian Volk-Weiss.[1] The first four episodes of the series began streaming on Netflix on December 22, 2017

It's interesting to me as they go through the rise , mistakes and give cool facts like why he-man had battlecat is hilarious https://twitter.com/ponettplus/status/1 ... 16161?s=19. (couldn't find clip in youtube)

Like I'd love to see why The Real Ghostbusters by I think Kenner had the ghosts it did (I remember as a kid having ones different to show but I might be remembering wrong) why they had the obsession with slime that ruined figures ect..

A tone know if bits likely they'll do one or if there is something like it already?

Haven't heard anything but it would the perfect candidate to be featured.
The toy line was certainly popular enough .

Yeah plus there was a lot of interesting, some bad decisions that I'd love to see this host / origin of

I dont remember him on show.
RedSpecial liked this

Don't quote me on this but I'm sure I remember reading an interview with one of the guys behind the toys that made us were he mentioned that hes interested in making a TMNT episode and others on toys from the same era.
RGB would definitely fit into that.

Edit: just noticed on their facebook page that they officially announced a third season so here hoping, although going from this post it seems the only confirmed episodes are WWF, my little pony, TMNT and Power Rangers. 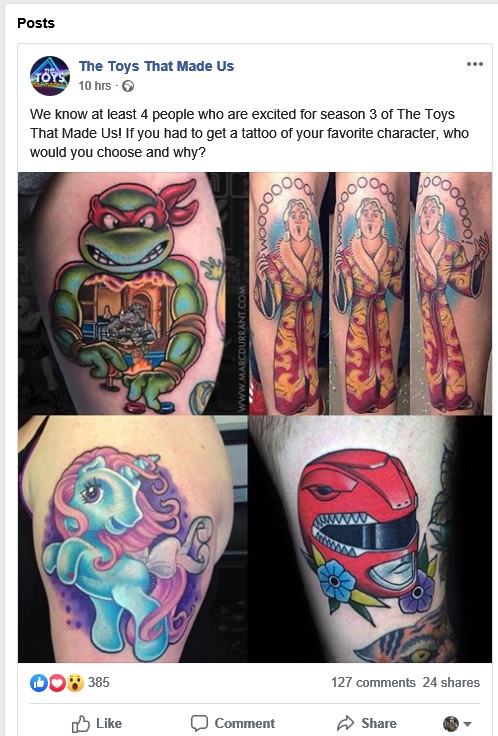 oops, should have re-read the original post before I posted this morning

SSJmole, RedSpecial liked this
"Ok. opening at number 2, to sub 50 million, next to the 2nd weekend of an animated kids movie, is NEGATIVE. Let me just clear that up right now. There is no middle ground on this. Studios DO NOT spend 100 million in marketing money to open at number 2. No sir. No. No. No. No." - Richardless

I pester them on social media to do an RGB episode all the time. How could you NOT?

Hopefully they get the hint
deadderek liked this

Look forward to seeing the progression!

Hi guys someone know the model of the thermostat u[…]

Your original order should still be standing, so n[…]

In all seriousness, I'm not surprised they won[…]