I have most of what I need for this with very little that I want to change but I will be looking in to getting a new Gizmo at some point in the near future.

To start off, here are some pics that I've posted on another thread showing the Magnoli suit as it arrived. 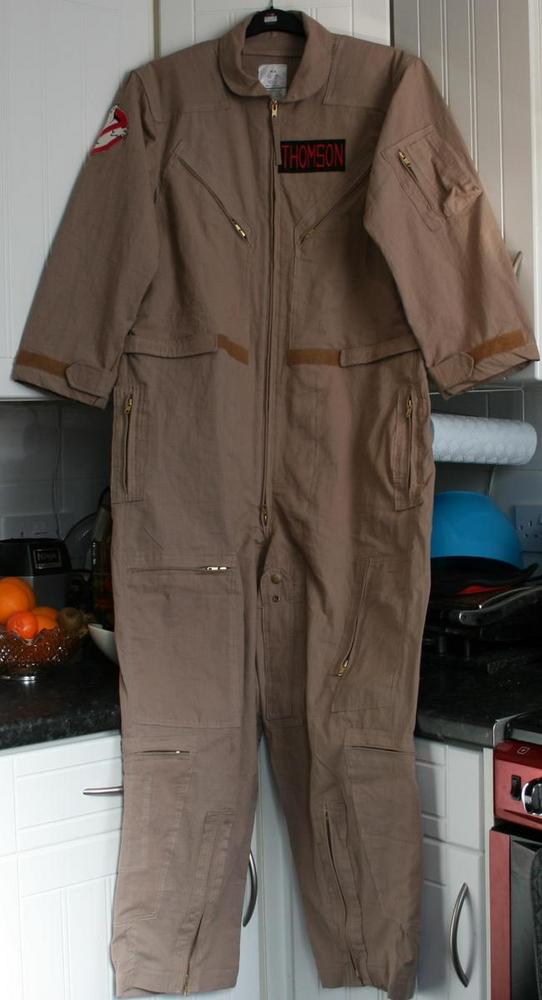 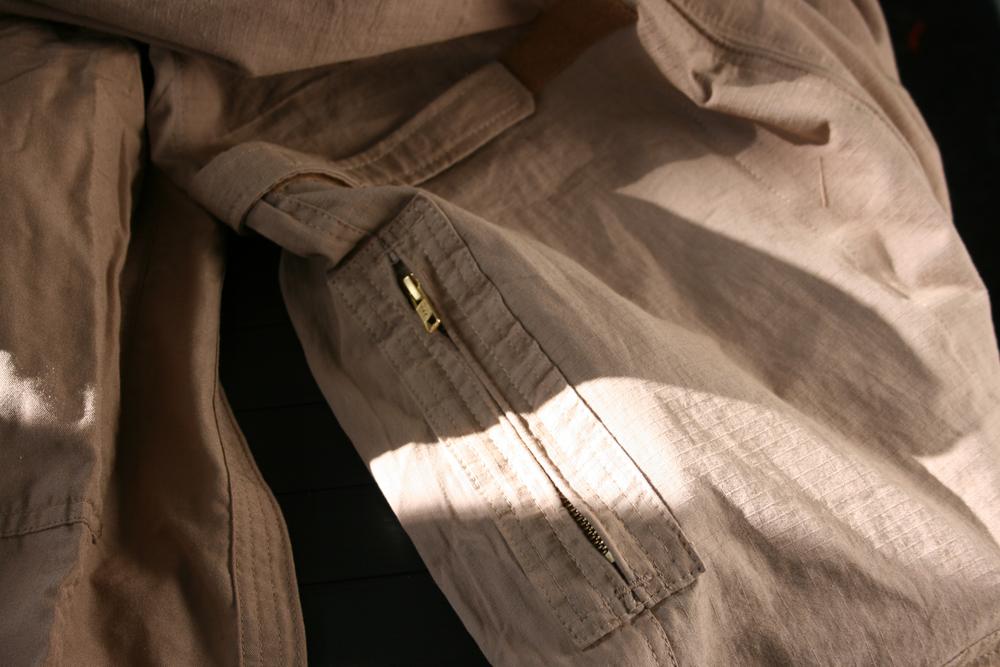 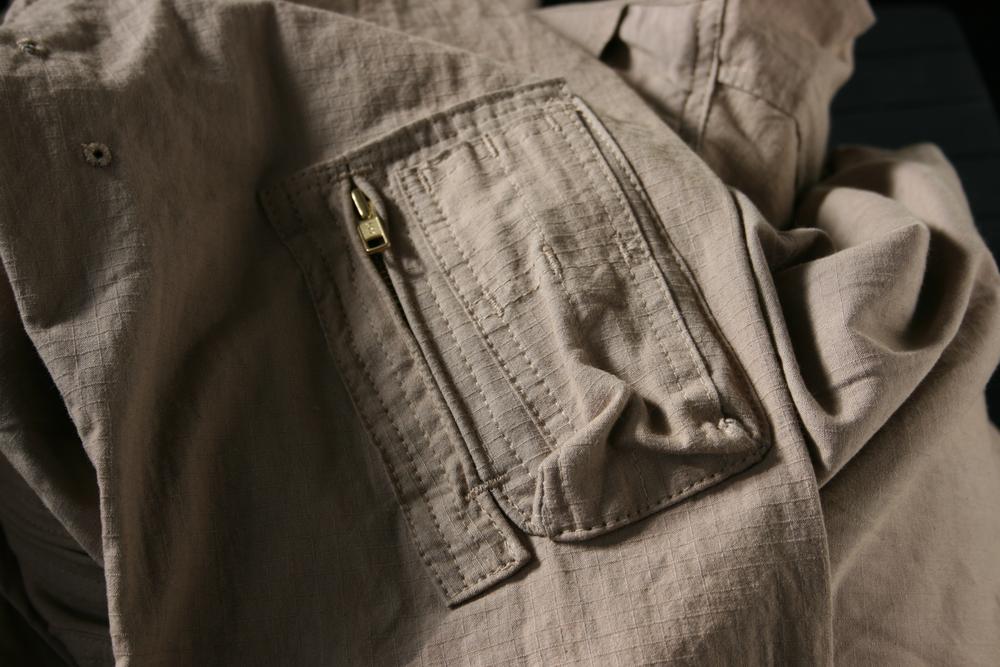 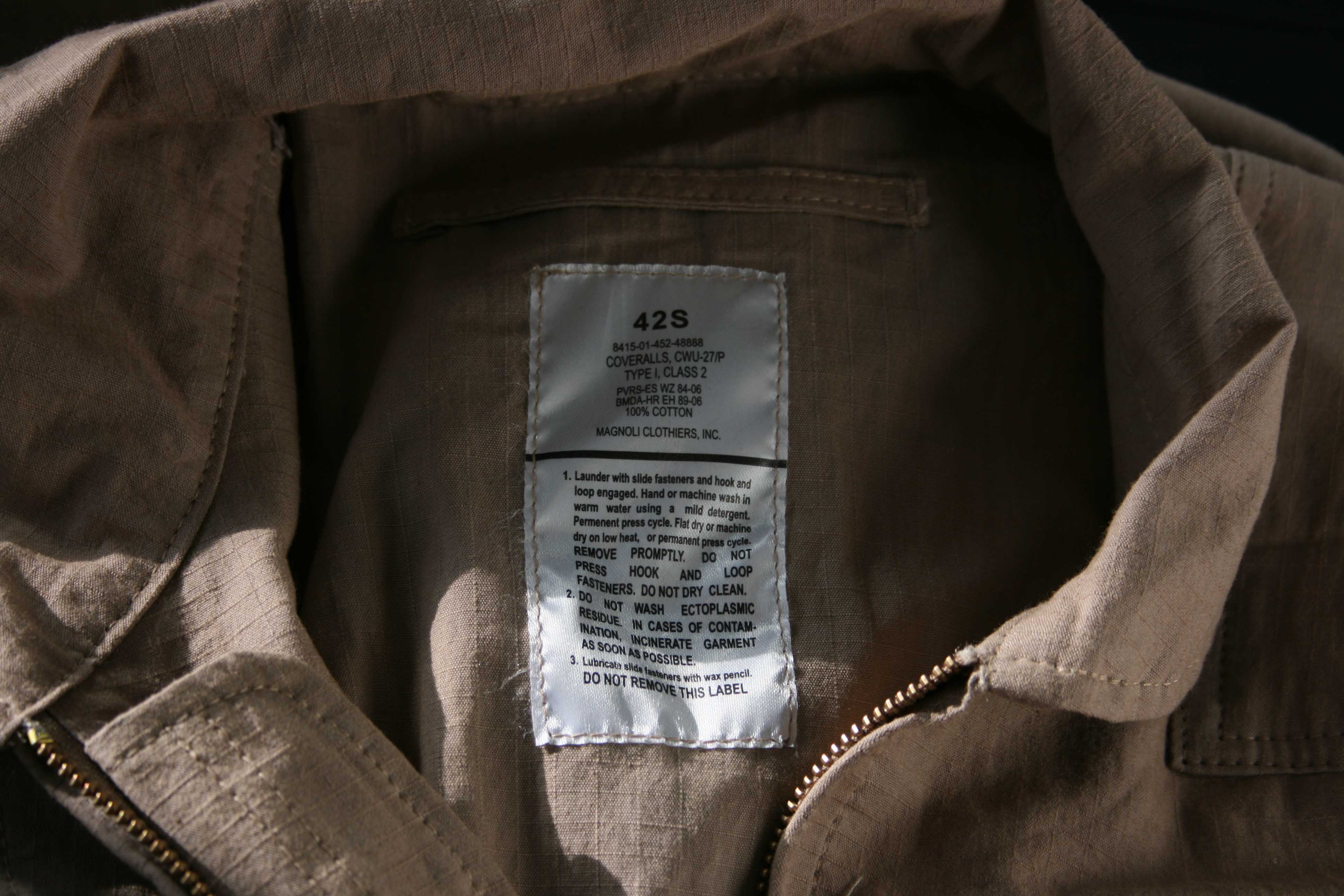 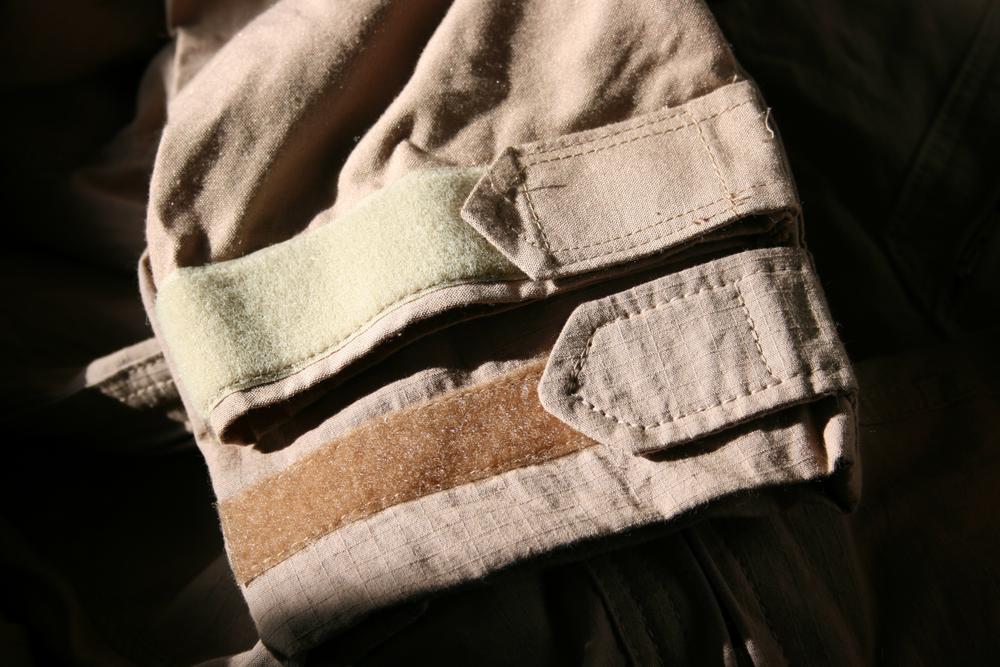 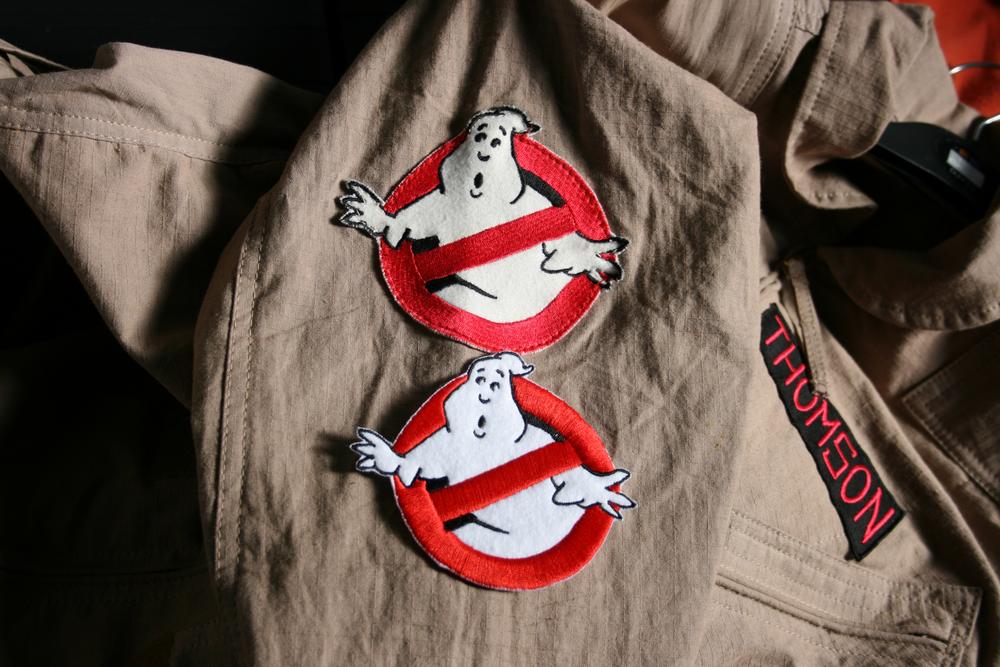 As much as i like the Magnoli Noghost patch, and I do think it's a fantastic version.
It's not quite as accurate as I'd like.

Given how accurate the suit is, I really want to do it justice by having the best Noghost patch on there that there is in terms accuracy so I decided to remove the Magnoli patch which I'll put to good use elsewhere and I've opted to replace it with the Uber accurate Todd Cook Designs Stantz patch. 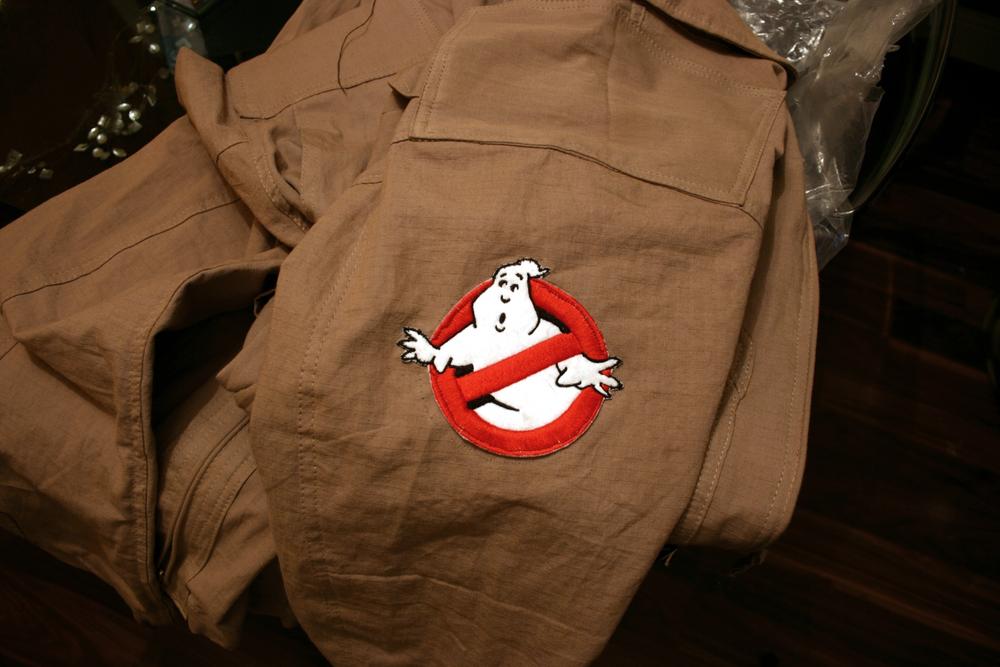 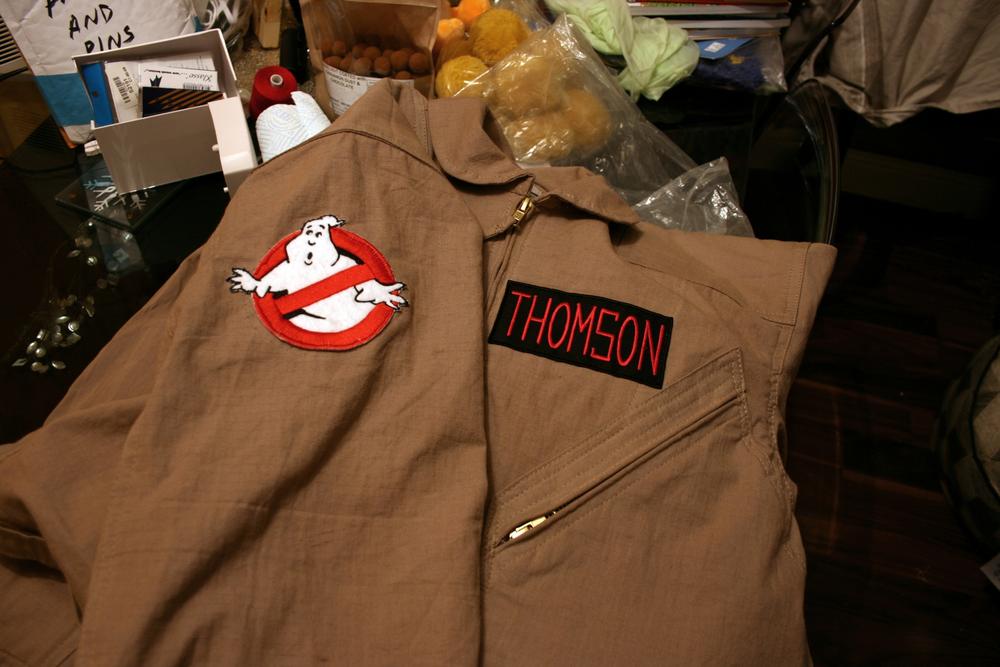 I also have one of Heavy Props beautiful recreations of the GB leghose connector on the way which will be attached as soon as it arrives.

Once it's all together I'll take some pics of the full setup.
Nighty80, mike_waclo, l3w1sb159 and 5 others liked this

The casting is perfect and ticks all the boxes that I'm looking for.
I can't recommend these enough. 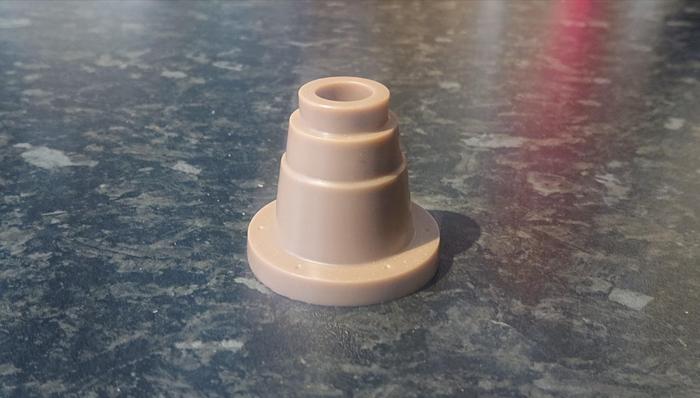 In other news though, I managed to get a hold of a black thermal waffle weave crewneck shirt which is a nice bump up in accuracy to the costume over the usual generic black tee I'd normally wear under the flight suit. 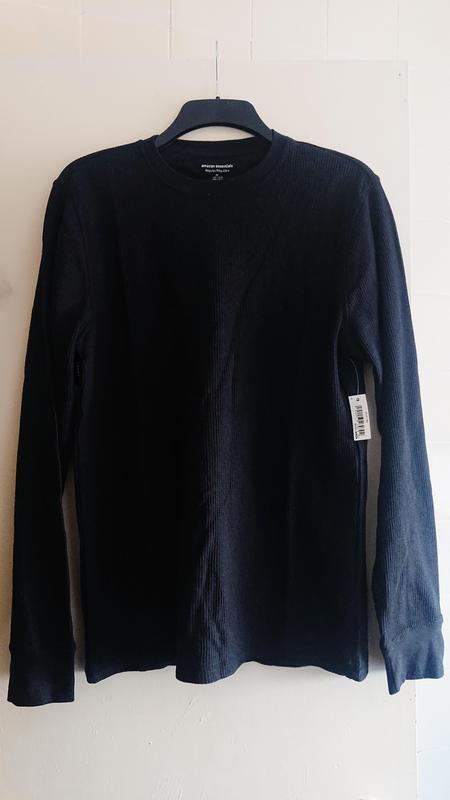 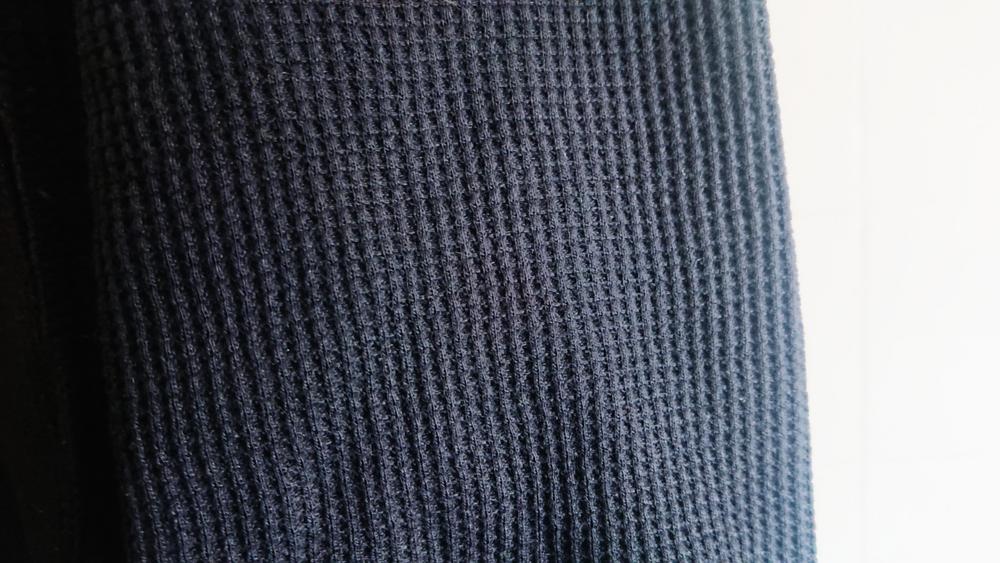 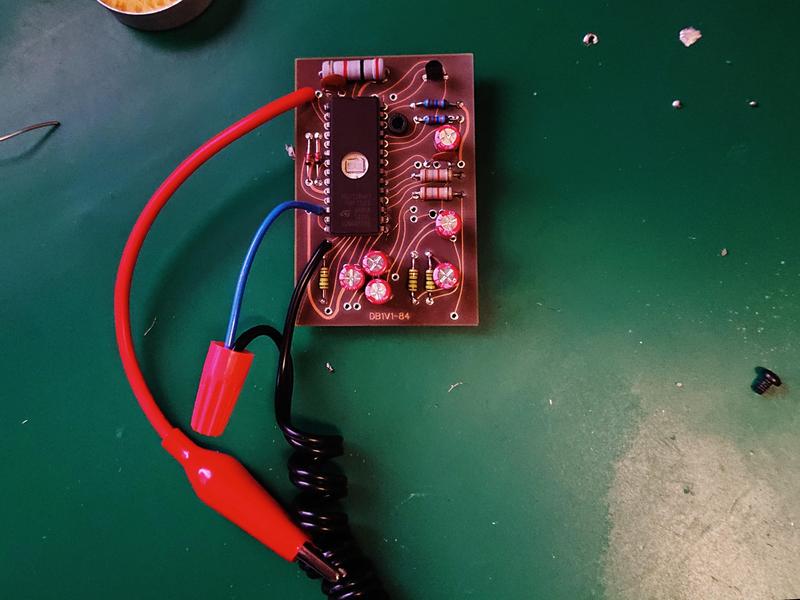 Here's where I'm up to.
I'm hoping to get going with the components at the upper section of the board and the Nixies tomorrow 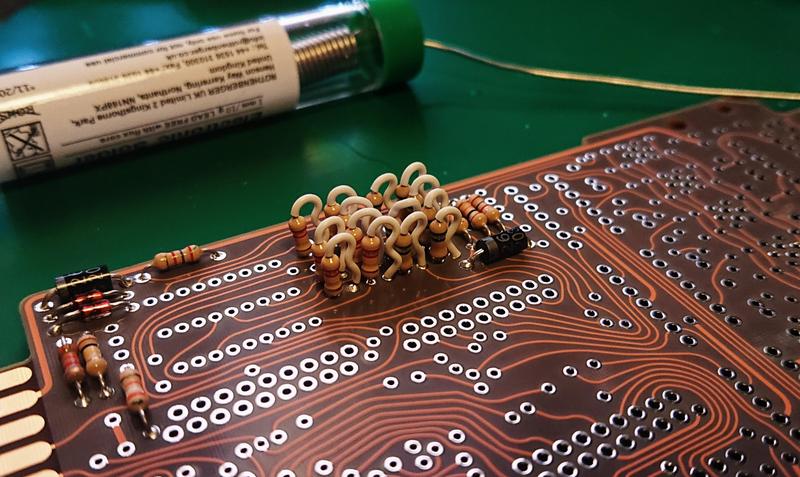 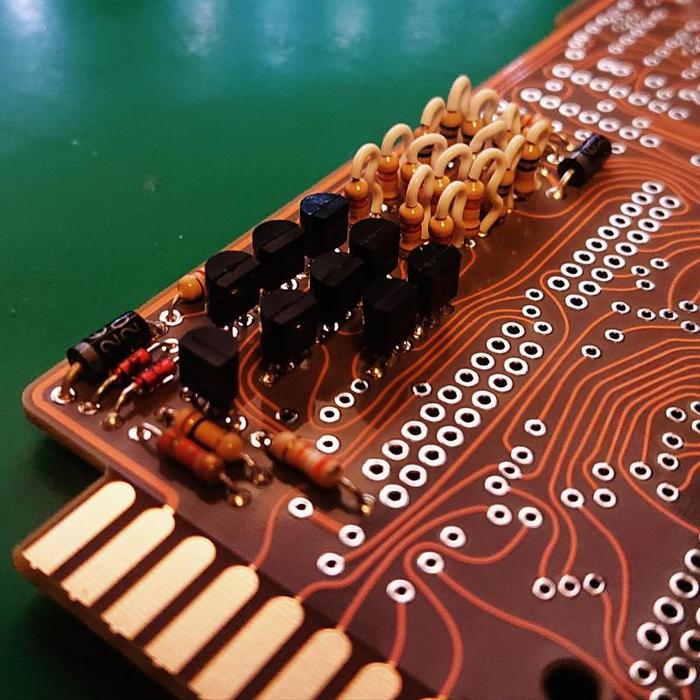 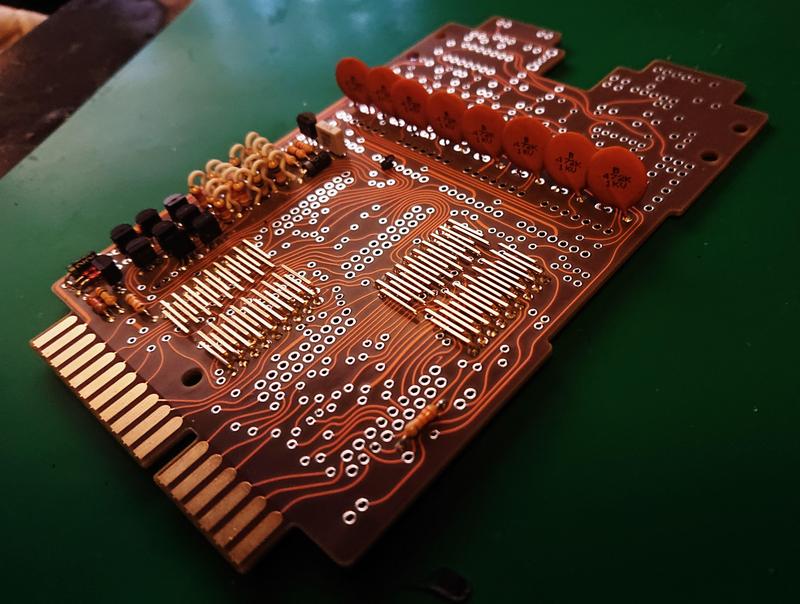 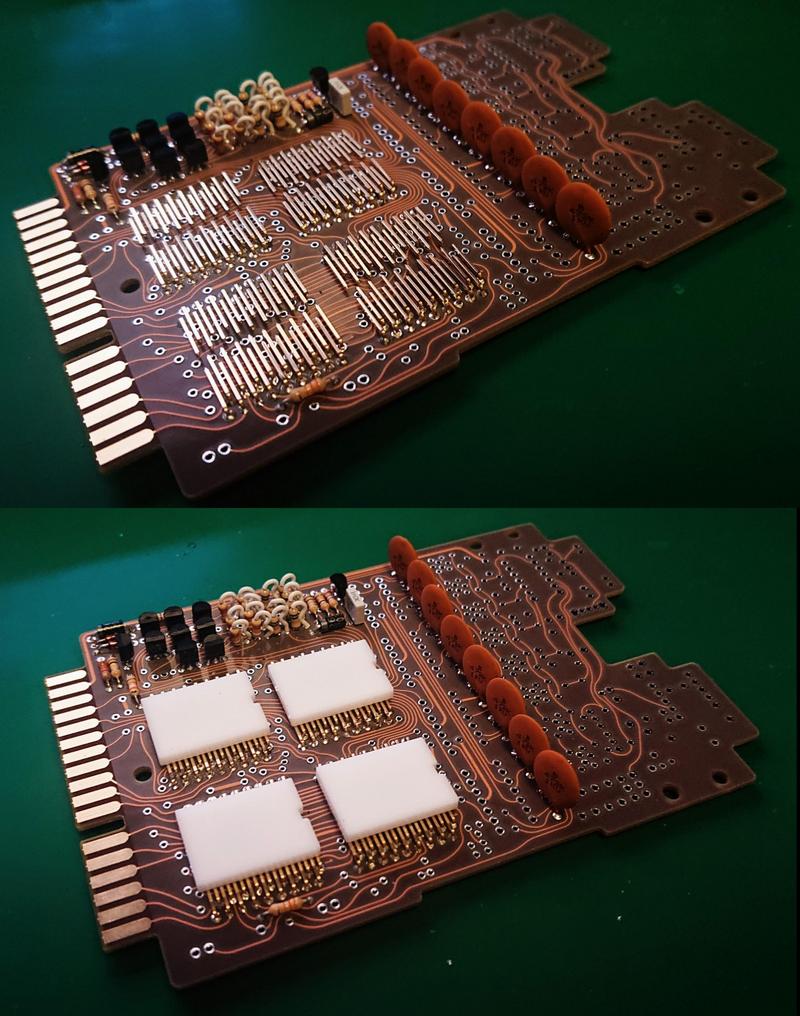 I'm a bit of a purist when it comes to these things so I won't be making use of the lighting function , as cool as it is.
It's the same reason why I don't add smoke venting to my movie style packs.
I can appreciate why someone would want to but my ever present accuracy gremlin won't allow me to 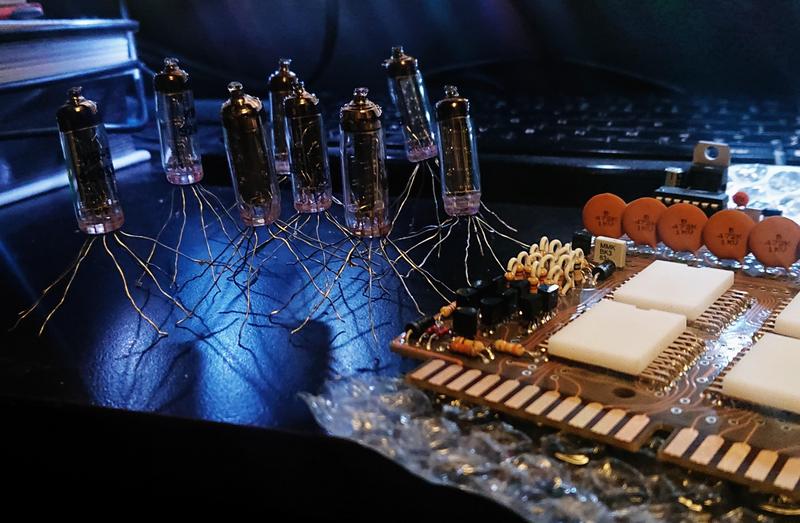 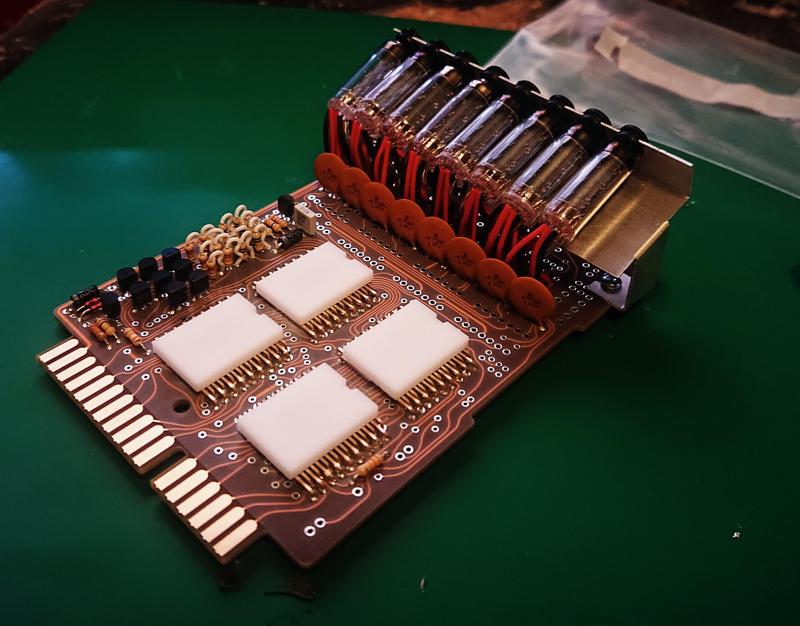 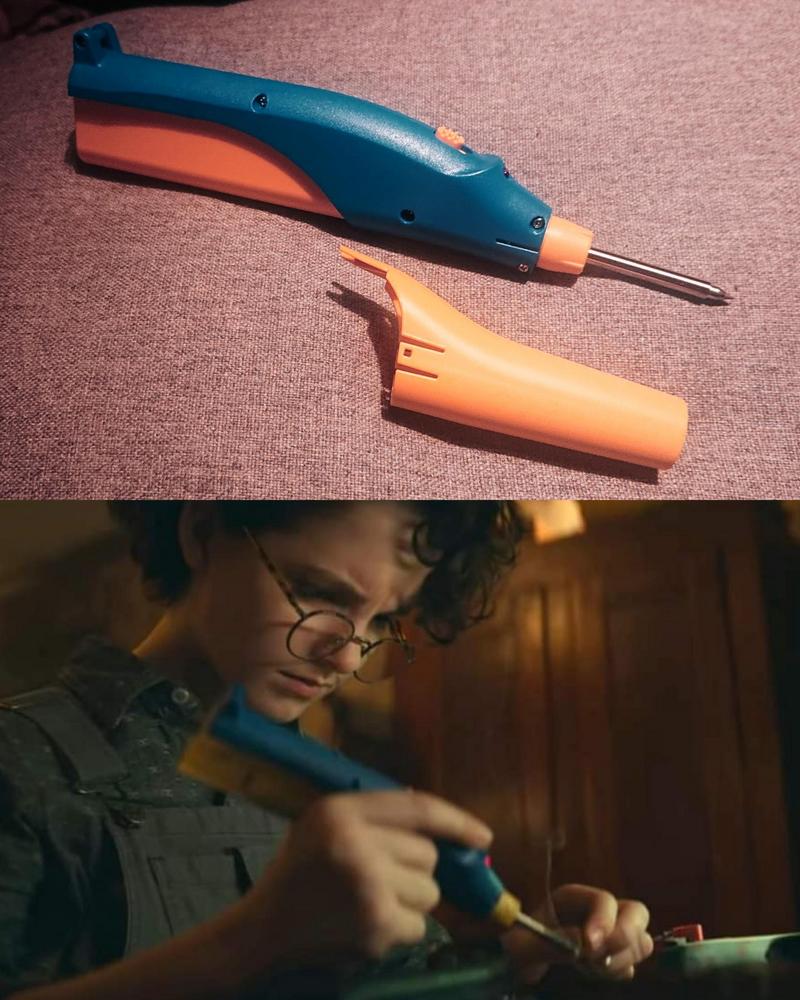 I primed and painted the Nixie bracket yesterday, then today I built the error box, added the bracket and aligned everything.
I used some little strips from the sheet of round decals for the white chipsets to add the missing connecting strip on each one and soldered in all of the empty connections on the board as per the original.

I had a bit of a misshap while I was soldering in the wires for the large Sanyo chip but that'll be easy enough to fix with a desoldering tool.
I'm waiting for paint to dry on the large Sanyo chip right now, so hopefully I'll be able to put the finishing touches to the Gizmo over the next couple of days. 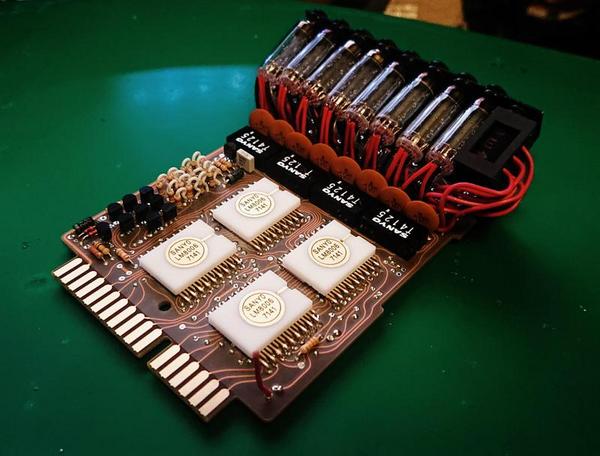 RedSpecial wrote: ↑April 17th, 2021, 7:31 pm
In other news though, I managed to get a hold of a black thermal waffle weave crewneck shirt which is a nice bump up in accuracy to the costume over the usual generic black tee I'd normally wear under the flight suit.

Is there photos that show they used a waffle weave shirt? in everything I've seen it just looks like a normal black tee
-pants

Justin Fleming wrote: ↑July 31st, 2021, 3:07 pm Is there photos that show they used a waffle weave shirt? in everything I've seen it just looks like a normal black tee

This photo shows it really clearly 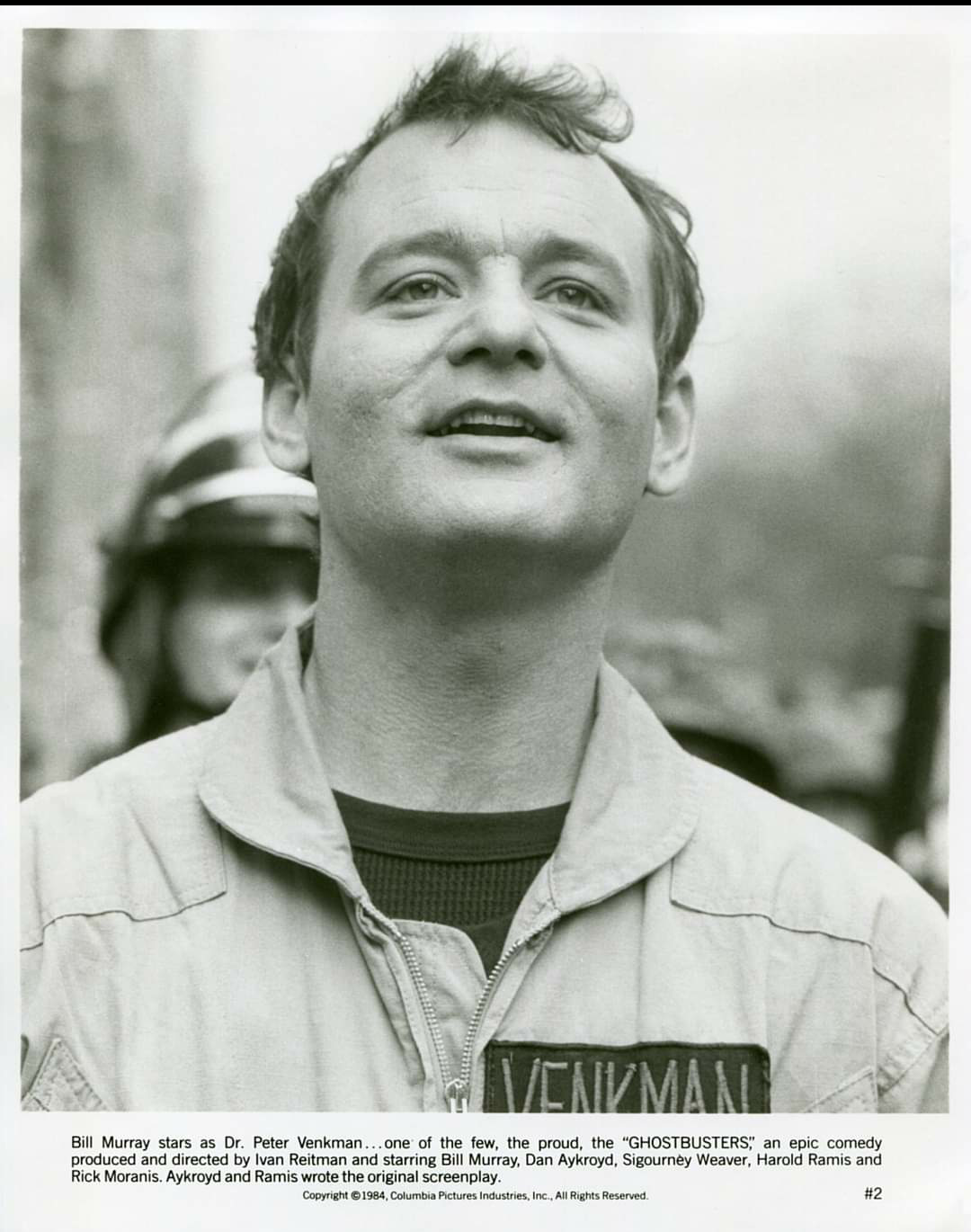 They don't always wear the waffle shirts, sometimes it is just a plain, untextured tee but due to film grain it's really difficult to be able to tell definitively in most shots.
darthbuster liked this

I'll need to do a full test suit up soon to see if I need to make any adjustments before I start attending events again once the finishing touches to my pack are completed. 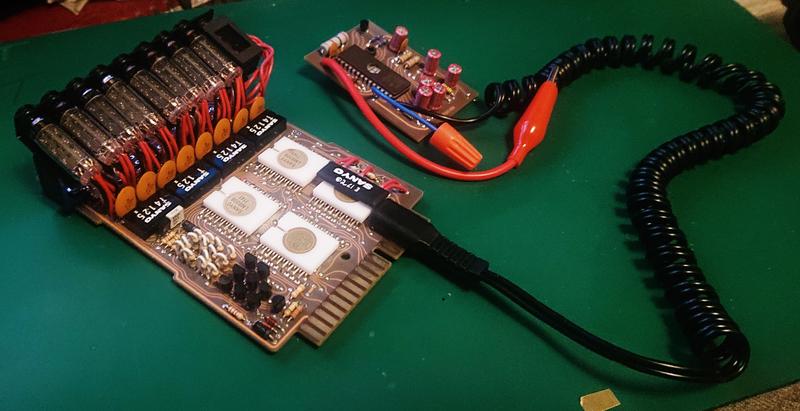 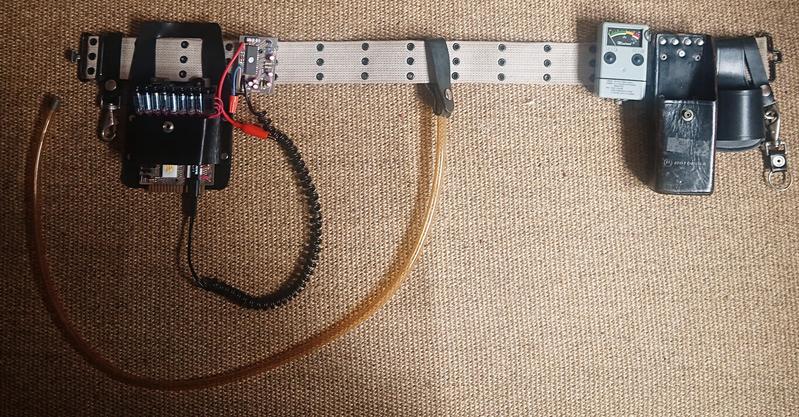 There may be more scenes like that, possibly even with Harold and Ernie but the film grain present in the movie makes it extremely difficult to say definitively in most scenes.
darthbuster liked this

RedSpecial wrote: ↑August 1st, 2021, 12:15 pm Dan also wears two layers in the jail scene, although he wears the waffle shirt as the outer layer with a tee underneath

Makes sense given the rumour they filmed the jail scene possibly in the Tombs, I can't imagine it was particularly warm in there that time of year.
RedSpecial liked this
Feeling overwhelmed by the Covid-19 pandemic? Please visit The Support Thread.

Maybe a Hero aluminium Ghost trap or a set of Ectogoggles once I finish some non GB related projects that I'm working on.

What makes a spoiler ok to post and what makes o[…]

It was a very nice pack to see in person. The ele[…]