As I said before, I'm well aware of the whole debate about Episode Order and I know that the box set doesn't list the episodes in Airing order. What I'd like to know is why did they print these episodes out of order rather than in sequential order? Are they supposed to be watched in the order that they are printed, i.e. 89, 90, 92? Or should they be watched in order going by the numbers, i.e. 89, 90, 91, 92? 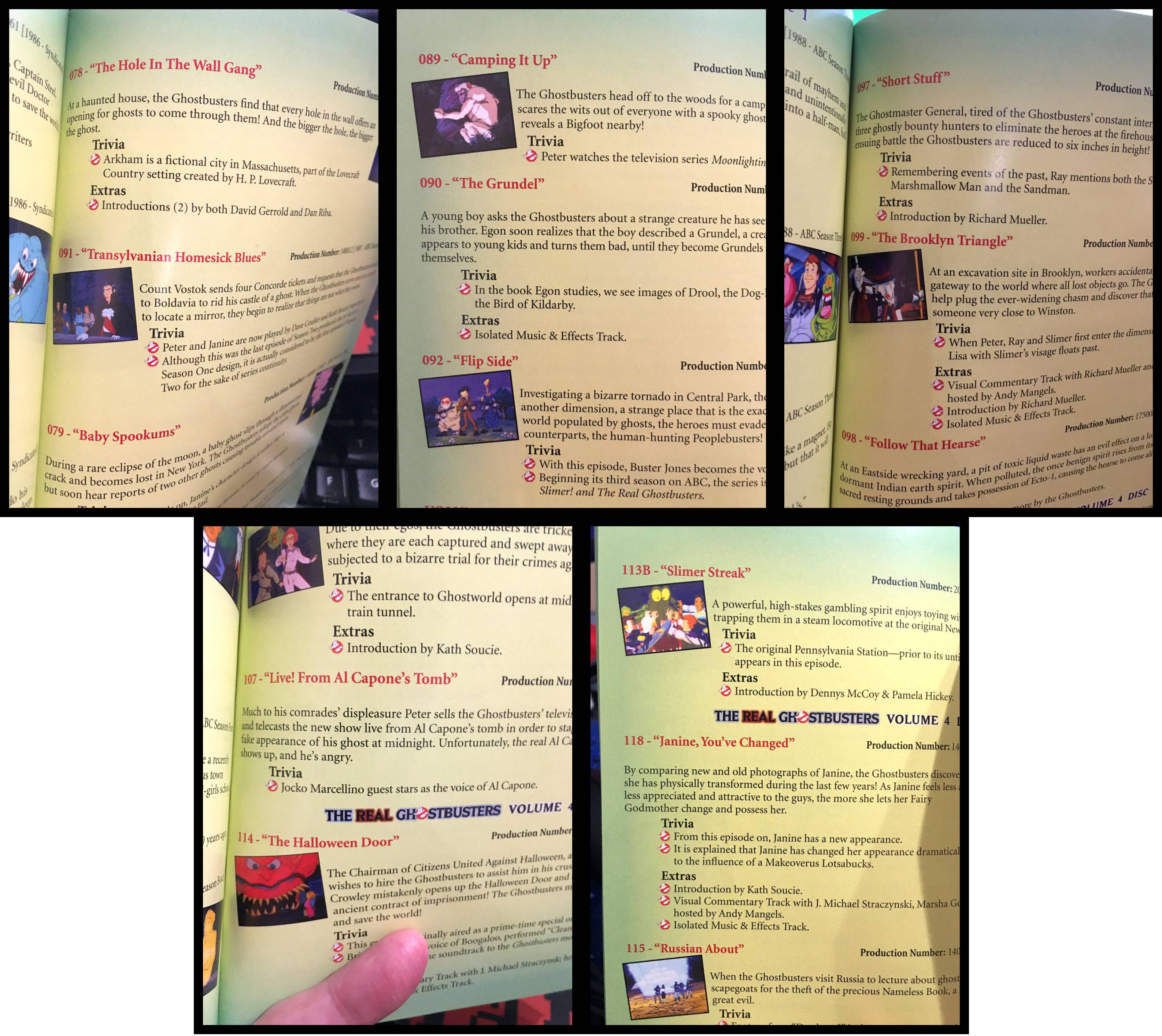 By SpookyGhost -  April 14th, 2021, 4:17 pm
-  April 14th, 2021, 4:17 pm#4948177
Haven't had a chance to watch it yet as it only just arrived a couple days ago. I had read online about the whole "Episode Order" debate when I was researching which box set to get and so I was already somewhat informed on that issue. However, once my set arrived I was flipping thru the manual and had noticed this issue with the episode numbers.

So that still leaves me with the question of why did they put these few episodes in a different order? I originally thought maybe it was a misprint but then once I seen they did this with multiple episodes I figured this definitely had to be intentional. So then what was the reasoning?

By Kingpin -  April 15th, 2021, 3:05 am
-  April 15th, 2021, 3:05 am#4948200
Sadly I suspect this will remain one of those questions that we'll never get an answer to. It's even remotely possible it wasn't a consciously-made decision, but simply a mistake that was made early in the set's development, and repeated further and further because nobody stopped to check (like how Killerwatt is missing its title card, and some episode commercial breaks haven't been edited correctly and you can see a few surviving frames from them).
SpookyGhost liked this
Feeling overwhelmed by the Covid-19 pandemic? Please visit The Support Thread.

By mrmichaelt -  April 15th, 2021, 3:24 am
-  April 15th, 2021, 3:24 am#4948201
Paul Rudoff would know more (and he has pages dedicated to it on Spook Central) but I think the reasons were because to better arrange some episodes in order by continuity. And as hard to believe as it is, there isn't a 100% concrete record of air dates - I think it was more the Slimer & The Real Ghostbusters era.
SpookyGhost liked this
Ghostbusters IDW Sales Chart (Updated for March 2020)

Reply
Return to “Ghostbusters Cartoons”
15May

Very cool! I really like the look with the tablet![…]

Jay, you will need a Supporting Membership in or[…]

Something people need to keep in mind is the natio[…]