News first broke of Rubies' intent to produce a "Delux" Ghostbusters costume three years ago, and despite efforts by members of the fan community to learn more about the project, a lack of subsequent updates or of a release date had fuelled speculation that production on the costume replica had been cancelled.

That changed today with the company announcing not one, but two new upcoming Ghostbusters additions to its GrandHeritage line based on the franchise, one styled after the Proton Pack and suit from the classic 1984 film, and one based on the new 2016 reboot.

Projected to cost around $299.99 for both the 2016 and 1984 versions (with a further plus-size option for men at $349.99), the GrandHeritage costumes are expected to go on sale this September.
What would Ryan do? 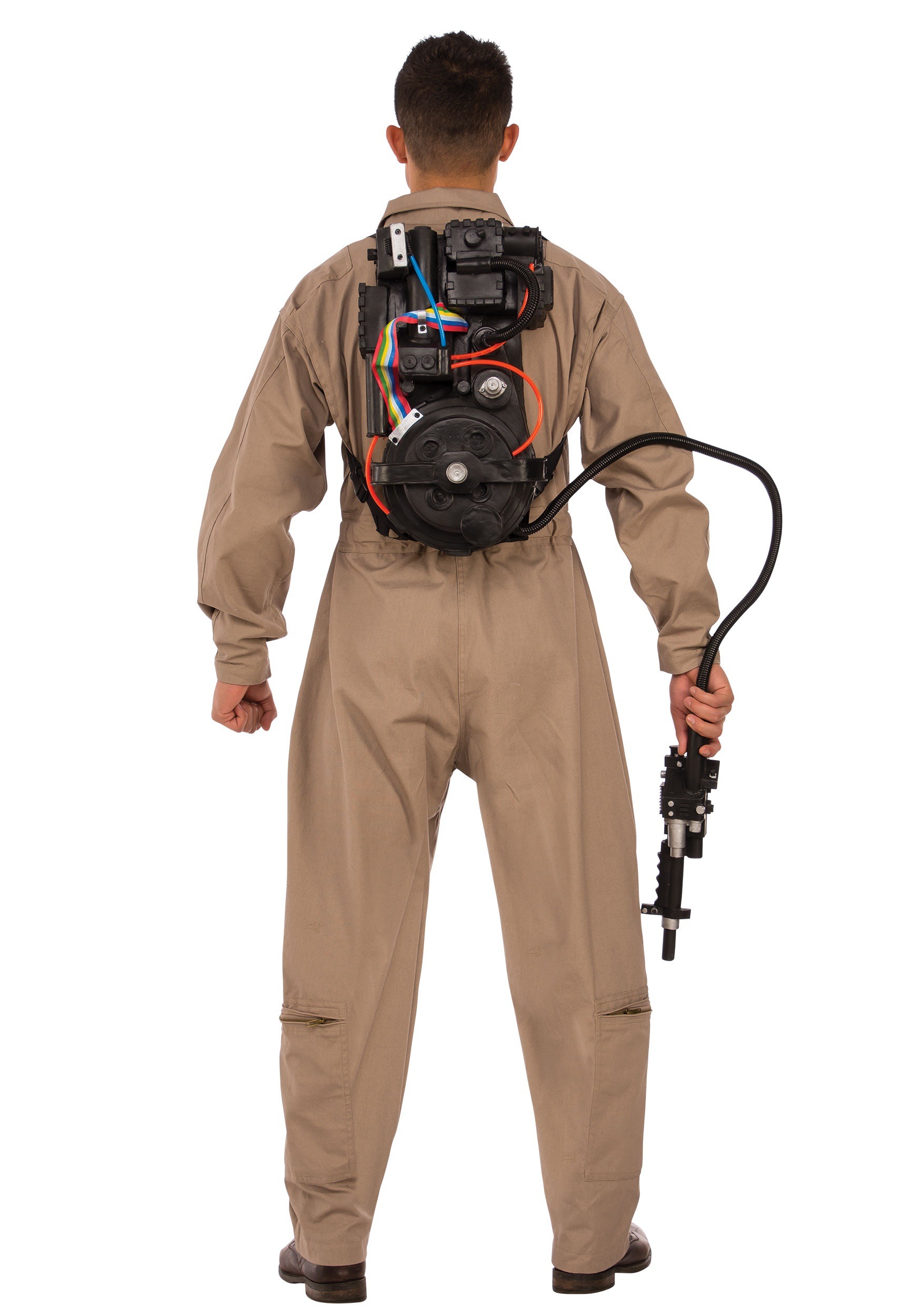 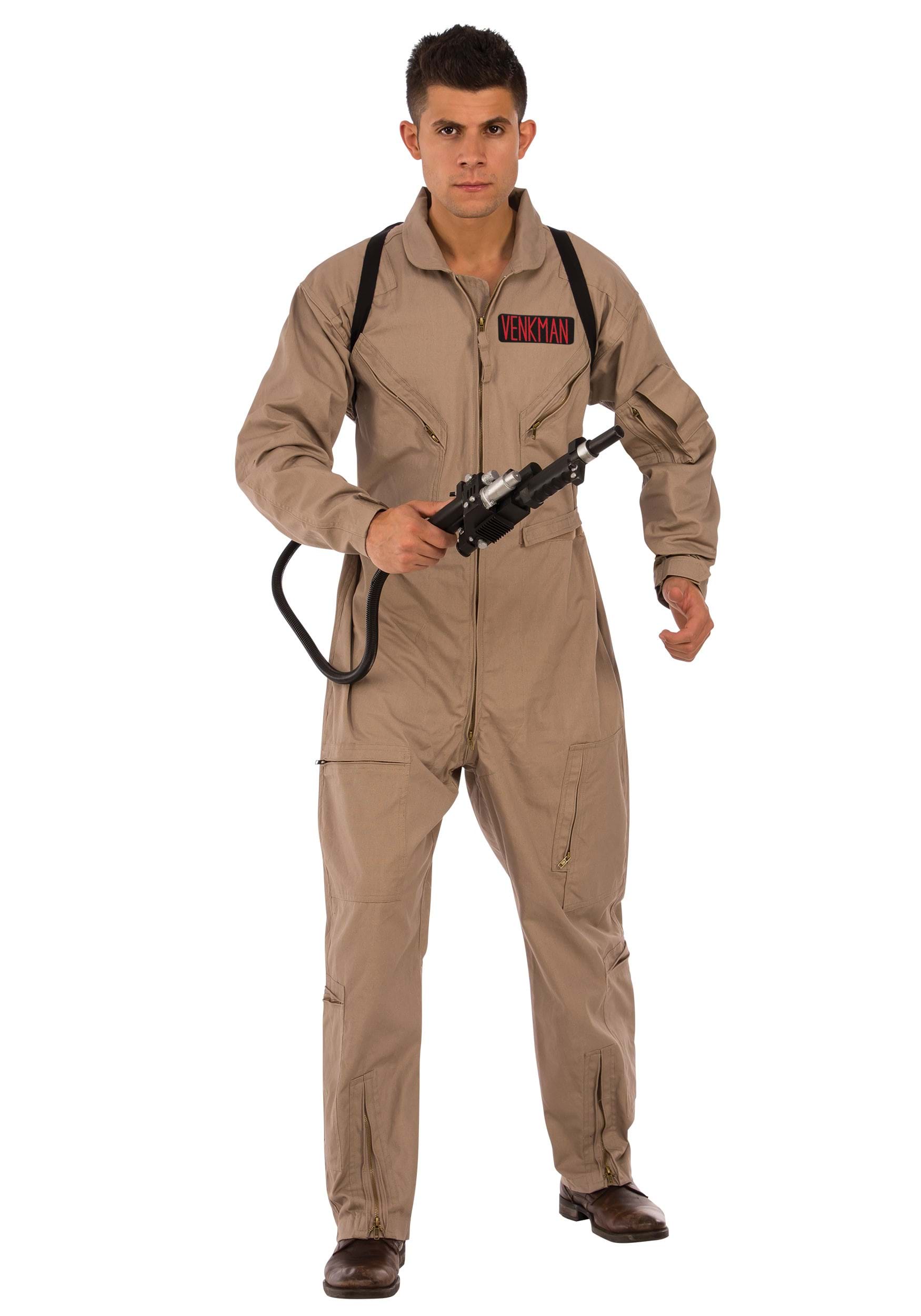 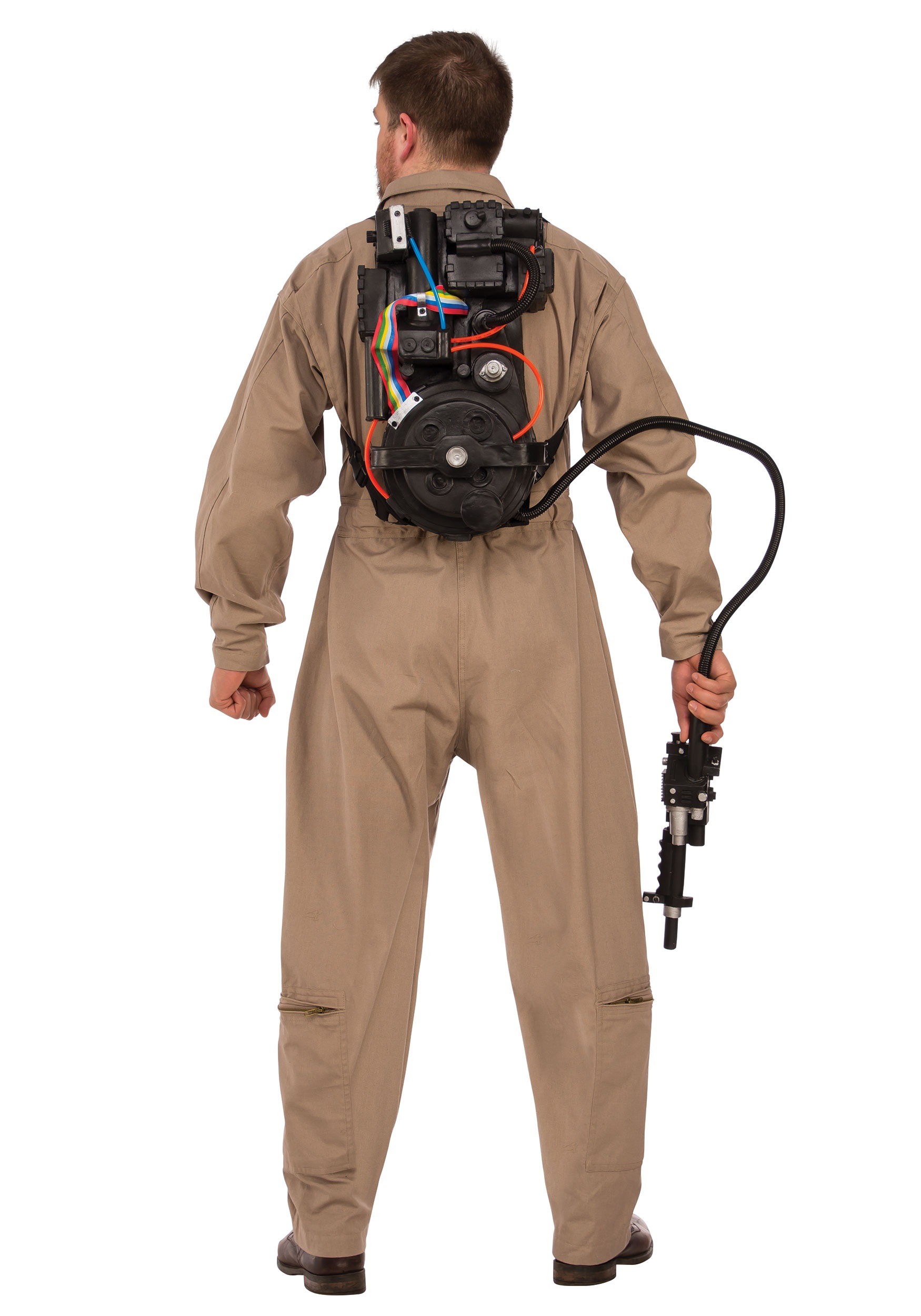 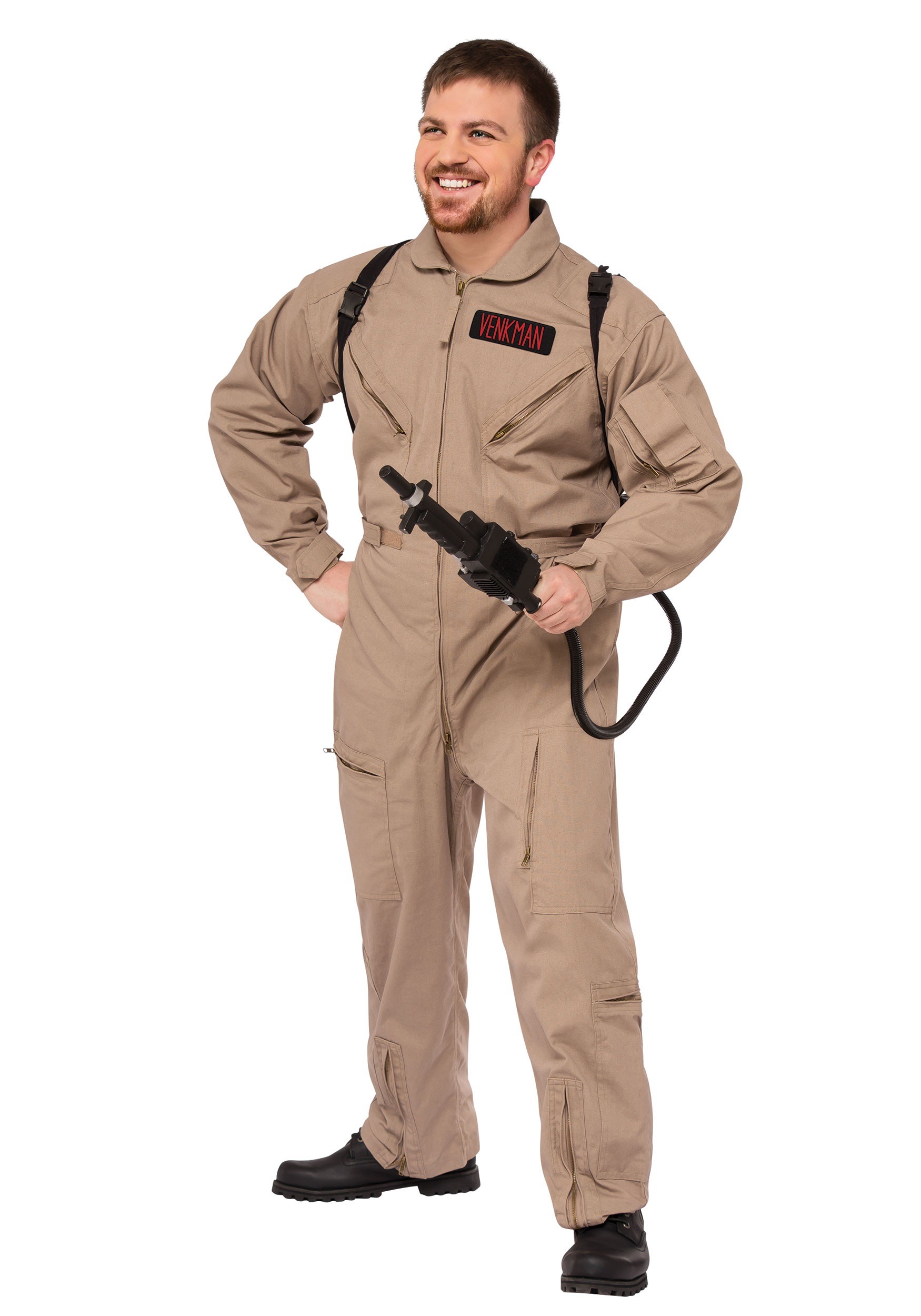 Not sure what's up with the RF amplifier area below the synchrotron. It looks like a log. 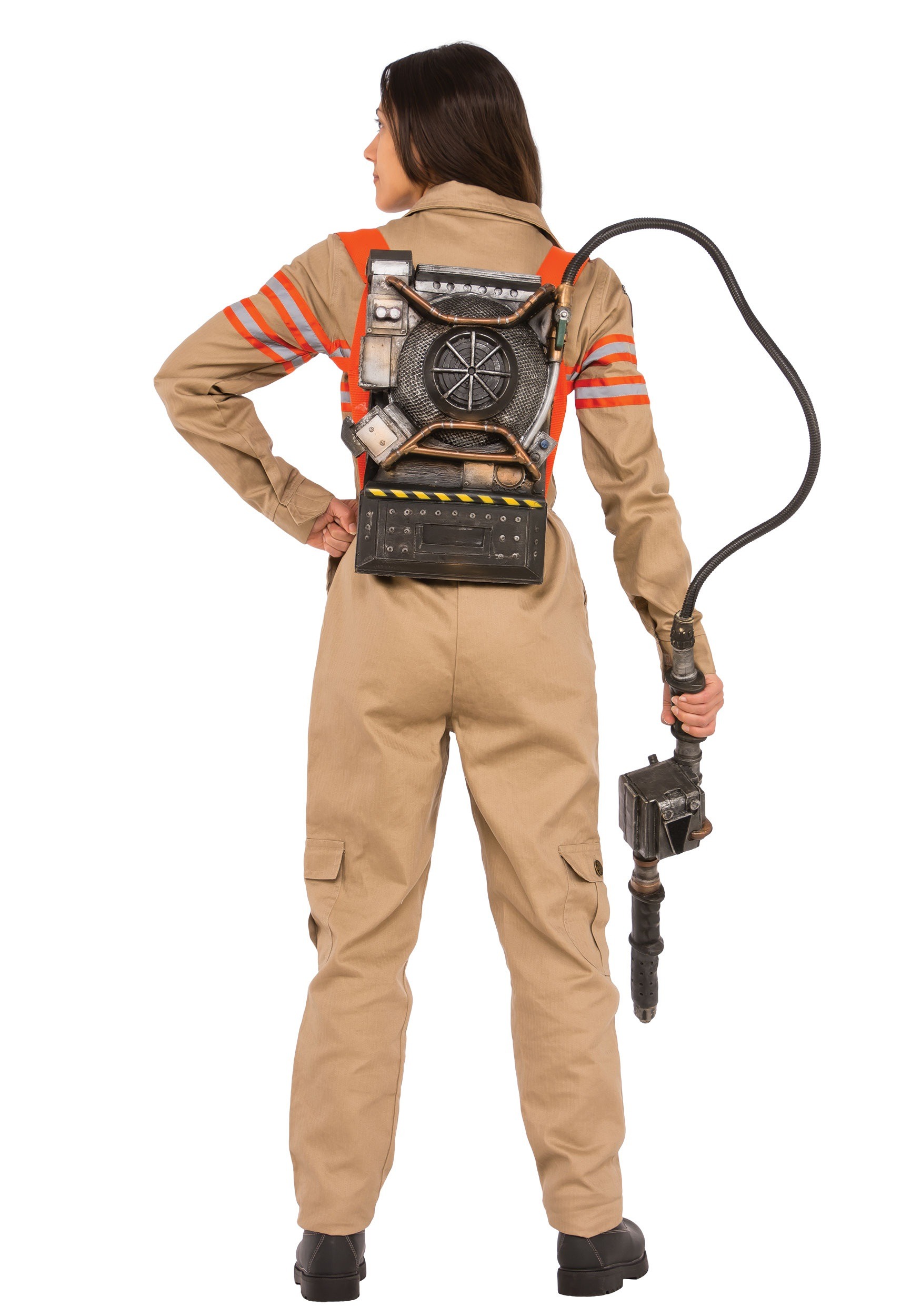 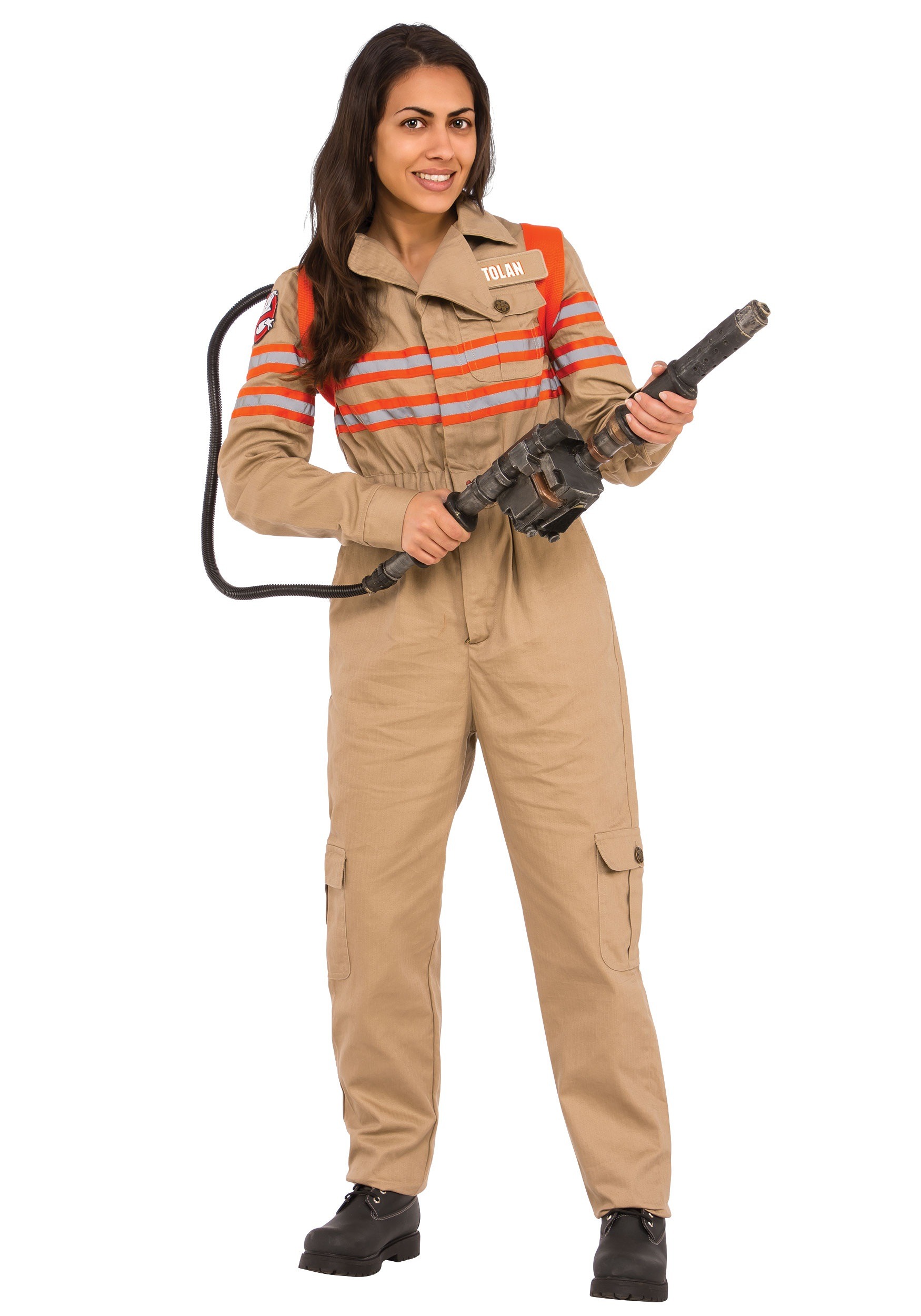 groschopf wrote:...Not sure what's up with the RF amplifier area below the synchrotron. It looks like a log.

Just a filler section so they didn't have to sculpt the electronics and wires. Besides, who doesn't love Log?
Lee FW, sting3037, Doctor Disney and 2 others liked this

By J10kmn -  July 27th, 2016, 8:12 pm
-  July 27th, 2016, 8:12 pm#4874279
The classic pack looks super small while the reboot pack seems closer in size. The wand looks good on the reboot too but for that price I'd rather just make my own or modify the projector toy. Compared to the things fans have come up with on much smaller budgets, they don't look particularly good at all.
Entrapment: $4000
Special on Proton Charging and Storage of the Beast: $1000
Replacement Crystal Chandelier: $1975
Having the Ghostbusters walk away with a Class V Full-Roaming Vapor in a Trap: Priceless

Not that I'm in the market, but I'll believe it when someone actually buys one.
~Jay

Chris90 wrote:I think the real question here is where did they get that nice fight suit with the accurate brass zippers :O

I would assume they're producing it themselves. I'd wager it costs more for them to make the flightsuit than it does the cheap rubber pack. Sav C, Sallah, gbgl2k16 and 3 others liked this
co-worker: hey the going away party is in the back
me (with new mullet): oh i know where the party is

By G.I.T. -  July 30th, 2016, 6:02 pm
-  July 30th, 2016, 6:02 pm#4874641
Rubies costumes are never as good as the pictures. I purchased their Deluxe Darth Vader suit for $90, and the only thing salvageable from it was the cape. The rest was cheap material and badly molded rubber. The flight suit may look good, but is probably very uncomfortable material to wear.
deadderek liked this

To Bill Murray, from Dan Aykroyd, as visioned by Ron Daniels during the Ghostheads pod cast, my favorite quote thus far:
"Look what ya did ya little jerk"

Tight-Pants Jack wrote:The flight suits are pretty good, especially the 2016 outfits which even have the expanded collar. They may help justify the heavy pricetag, even with the rubber packs.

I don't know... the 2016 suits don't even have the leg stripes. If they're going to cost that much, you'd think they would be a little more accurate.

Is there a no ghost logo on the flight suits?

GabOchoa wrote:The images in EE's website show the costume with nametag, logo and elbow pads but now with the inflatable proton packs ...

EE?
What would Ryan do?

groschopf wrote: Not sure what's up with the RF amplifier area below the synchrotron. It looks like a log.

GabOchoa wrote:The images in EE's website show the costume with nametag, logo and elbow pads but now with the inflatable proton packs ...

On the subject of Entertainment Earth, and related to Ghostbusters, they've now got a preorder listng for Holtzmann's "Screw U" necklace: link
What would Ryan do?

The reflective tape is the right size and in the right places, the buttons are jeans buttons like on the movie jumpsuits, the collar is asymmetrical just as in the movie, there is reflective tape on the legs so that if you don't have the black boots and shin guards yet, you can just pick up a black pair of Cons/fire boots/blue flower rainboots and rock Halloween.

I am very impressed and it fits me well. It's hard to tell from the photos on Amazon, but the closure is a nice, heavy-duty zipper extending from the crotch to the breastbone.

If anyone has any questions about it, please let me know.
deadderek, Webster, evlares liked this
"Baby, if I knew what it was, I wouldn't say weird sparking thing."

The rear tube is about right at the back, but does[…]