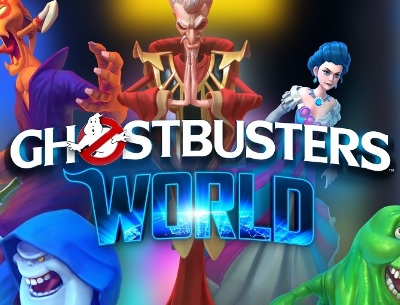 Following the success of 2016's Pokémon Go, and the growing influence of augmented reality, Sony Pictures and Ghost Corps have announced a partnership with 4:33 Creative Lab (and their partner, NextAge) to produce Ghostbusters World, a mobile game which will see players battle and (hopefully) capture a wide selection of ghosts from the live action, animated, comic, toy and videogame instalments of the Ghostbusters franchise (From the poster alone, there's the Sandman from The Real Ghostbusters, Tempus from Extreme Ghostbusters, potentially Ivo Shandor from Ghostbusters: The Video Game, Bug-Eye from the Kenner toy line, and Gertrude Aldridge from Ghostbusters: Answer The Call).

The mobile game is planned for release later this year, and will be available for Android and iOS.

For a preview of what the final game may look like, check out the alpha footage below:

MasterOod, Sav C, Noremon liked this
What would Ryan do?

A few points deducted for the rush job on that Proton Pack.
MasterOod, Noremon liked this
What would Ryan do?

By TimsGhost -  February 24th, 2018, 9:23 am - Posts: 39
-  February 24th, 2018, 9:23 am #4903474
There was a phone augmented reality game just like this a few years ago. It didn't get all this attention. And that was before pokemon go. My brother even messaged me yesterday and said "What is the difference between this new ghostbusters game and that one you were playing 5 years ago?" I said "ummm, better looking graphics and advertising?"
deadderek, Sav C, Noremon liked this 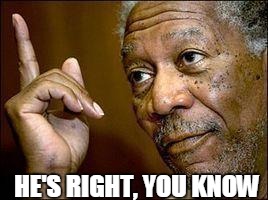 There was a phone augmented reality game just like this a few years ago. It didn't get all this attention. And that was before pokemon go. My brother even messaged me yesterday and said "What is the difference between this new ghostbusters game and that one you were playing 5 years ago?" I said "ummm, better looking graphics and advertising?"

I'm just as excited as everyone but I couldn't help but compare and think back to Paranormal Blast. 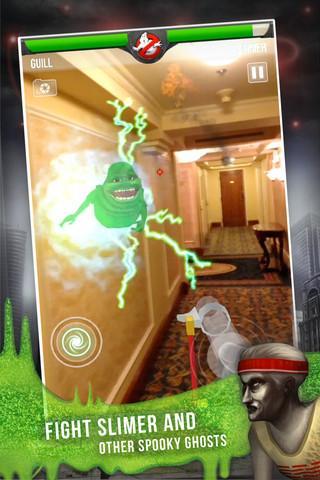 Sav C liked this
"Ok. opening at number 2, to sub 50 million, next to the 2nd weekend of an animated kids movie, is NEGATIVE. Let me just clear that up right now. There is no middle ground on this. Studios DO NOT spend 100 million in marketing money to open at number 2. No sir. No. No. No. No." - Richardless

Now this looks cool! Man if only there was a way for me to plug in my Matty collector proton gun to my iPhone and somehow use it to bust ghosts? I'd be in heaven.

At least Sony and Ghost Corp are keeping the brand alive. So far everything they've released has been...not good(looking at you Ghostbusters VR) but they may finally have something here. Albeit it took them long enough. Pokemon Go peaked in what? 2016?


Now maybe one day Sony will finally release Extreme Ghostbusters on DVD. Or iTunes. Or the PS Store. Or Netflix. Or Amazon. Or YouTube. Somewhere other than Hulu which my Canadian self cannot access!
Sav C, One time liked this

When you catch a Ghost the phone buzzes, vibrates and shakes like the Matty trap.

Don't be pricks with the speed limit. I start walking fast, jogging, or running the game asks me if I'm a passenger and prevents me from getting poke stops. Fine print should be enough. If people are going to be dumb asses and play while driving that's not the companies fault. It's called common freaking sense.

A Tobins spirit guide in place of the Pokedex.

Catching ghosts to upgrade other ghosts. Using a slime system to research upgrades to your equipment.

I would also like to see a better Avatar system then Pokemon GO. Maybe they'll have you snap your picture and drop whatever GB uniform you want on it. I'd love to see uniforms from 1, II, ATC, Extreme and Real Ghostbusters.

Excusive rewards for movie locations if you are in the New York area or maybe the game creators can create new ghosts based on local lore near your location. That would be fun!
Noremon, Sav C, RichardLess liked this

It's depressing that it seems it will only support a limited number of new devices though.(

Those may just be the first ones they can officially confirm, or they may have expansion plans if the app/game proves popular.
What would Ryan do?

I haven't played PokemonGo much, but I hope they put more stuff in the game than simply "walk to where the ghost is and blast it". It'd be cool if they had some kind game with a PKE meter, would certainly simulate being a Ghostbusters more by having to look for it's reading.

That's a cool idea. Being able to track a ghost with a PKE meter would be a lot of fun. I actually used to have a "ghost tracker" on my iPad. It looked like a radar circle; when you got up close to a ghost a dot would appear on the radar. It would also try and make out what the ghost was saying using its built in EPK, translating what the ghost was saying into text, which would result in a string of letters such as "sssssssjijgggdde postoffice gfminyejskgn golfball mfnhosngoabgd mittens". It was pretty silly but fun none the less. I think I had a few of those meters actually, one of which was an EMF meter that actually worked (if you held it to a speaker it would spike like crazy). Coincidentally the EMF meter never detected a ghost...

If this new Ghostbusters came is like Pokemon Go, I hope it warns you when you're about to walk into something, because I'm the type who walks into stuff even when I'm not distracted... I am a klutz.

I remember in Paranormal Blast you could also bust Stay Puft which was fun. Hopefully the Scoleri Brothers are in the new game. One of the clear advantages so far of Ghostbusters World over Paranormal blast is that in World, the trap is superimposed on the ground below the ghost, whereas in Blast it was always in the same position on the bottom of the screen.
Noremon liked this

The new (pre-alpha) video I think.

Reply
Return to “Ghostbusters News”
27 May

yes my friend this is the right setting, you have […]

Great job on filling the hole on the back!