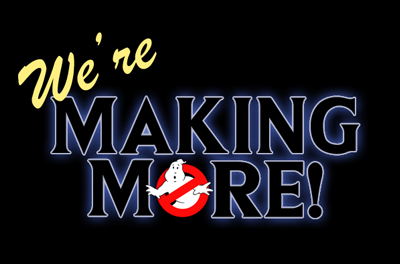 With wave 10 of Diamond Select Toys' Ghostbusters figure range now released, speculation was rife over whether the company would be producing more in the future, and what part of the franchise they'd be based on. In response to a tweet from last Monday enquiring who'd have the rights to produce figures based on The Real Ghostbusters in the future, a member of staff from the toy company confirmed:

Details about the next wave of figures are currently under wraps, but it's likely we may see something at San Diego Comic Con later this year. Stay tuned for developments as they surface.
Feeling overwhelmed by the Covid-19 pandemic? Please visit The Support Thread.

Carrie Coon hasn’t shared it either - at lea[…]

Hopefully July will bring something new.

Another day, another stand for my slime blower mai[…]