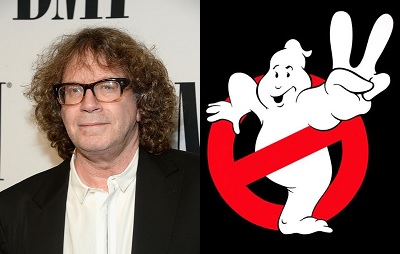 For years, fans of Ghostbusters II who've wanted to listen to the orchestral score written by Randy Edelman have had to rely on an unofficial copy, digitally ripped from the DVD of the film, and marred by occasional sound effects throughout the track.

Ghostbusters II fans will soon be able to hear an official release of the score music via Sony Masterworks, as revealed by Edelman's official website:

At long last, Sony Masterworks will be releasing the much requested orchestral score of Randy Edelman’s for “Ghostbusters 2.” The composer will be directly involved in the package.

The release is currently scheduled for 2021, giving us another reason to look forward to next year.
Sav C, robbritton liked this
Feeling overwhelmed by the Covid-19 pandemic? Please visit The Support Thread.

By Peter Venkman Jr. -  August 10th, 2020, 1:24 pm
-  August 10th, 2020, 1:24 pm#4938061
This is great, I have wanted a copy of the score to Ghostbusters II for a long time. While Elmer Bernstein's score is the stronger of the two composers, Randy Edelman did a decent job for the most part. I do agree that some of the cues/music does at times sound like stock music from a 1980's or 1990's sitcom their are a few bright spots like when the Ghostbusters gear up in the courtroom and their attempt to blast through the slime shell around the museum. Also, the music for Vigo's introduction is really strong as well, even 30 years later it still makes the hairs on the back of my neck stand on end.
Sav C, robbritton, deadderek and 1 others liked this

Now, If the last half of EGB gets an official physical release I’ll have nothing left to want for!
Sav C liked this
Minor UK Indie Celebrity.

Also major fingers crossed that GBII will get a vinyl release on the Sony Masterworks label. They do have several releases already on vinyl, and it would look just beautiful next to the Bernstein score.

By JA Slow -  August 11th, 2020, 12:55 pm
-  August 11th, 2020, 12:55 pm#4938102
Finally, at long last! I love the GB2 score. It may not be as quirky as GB1's but it has a heroic quality along with spooky ques that I've enjoyed for years. I will definitely be buying this when it's available. To me, this is better news than the delayed release of Stranger Ghostbusters Things: Afterlife.
Don't like Ghostbusters Fans on Facebook: http://www.facebook.com/ghostbustersfans
Don't follow Ghostbusters Fans on Twitter: @gbfans

robbritton wrote: ↑August 11th, 2020, 2:17 am Wow! There’s something I would almost have put money on never seeing! Really, really happy about this.

Now, If the last half of EGB gets an official physical release I’ll have nothing left to want for!

The last half? Imagine living in North America where we have no half. Nothing annoys me more. Or at least for god sake put it on ITunes or Youtube or the PlayStation Store(ya know...the store you OWN where it would cost you, let me think, how much? Oh right...NOTHING!!!)
robbritton, Glenn Frederick liked this

We all deal with our own demons. Sometimes they ma[…]

The Hy-Vee in Oakdale, Minnesota had some as of Su[…]