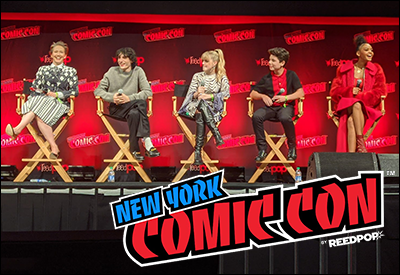 I was five years old when I sat in a movie theater for Ghostbusters 2. It was 1989 and I was a die-hard fan. Seeing the second film is one of my earliest childhood memories, and I can still recall leaping out of my seat with fear and excitement when Vigo possessed Janosz with a piercing ocular lightning bolt. That moment shook me to my core, but it isn’t what cemented my early Ghostbusters fandom. It only added to it. That was over thirty years ago.

By the time that Ghostbusters 2 was released, I was already completely consumed with the Ghostbusters universe; always consuming new episodes of The Real Ghostbusters and begging my parents for any and every new toy. The original film was on constant repeat, and I’m sure I wore out more than one VHS copy of the movie in those early years. There’s something so hilarious and specifically 1980’s about a five year old busting open his bedroom door and shouting “We came, we saw, we kicked its ass!” to an audience of Muppet Babies posters and Ninja Turtles action figures. This was fandom in its purest form. No message boards, no Rotten Tomatoes, no hot-takes or agendas; just pure enjoyment.

As soon as Ghostbusters 2 was over, I asked my mom when the next Ghostbusters would be coming out. I was obsessed and wanted more. Peter, Winston, Ray, and Egon were my favorite superheroes. They were funny and brave. Smart and sarcastic. They were what I wanted to be when I grew up. They were everything to me. I don’t recall what she told me, but there’s no way she would have been able to properly set my expectations for what was to come. I wonder how I would have reacted to knowing that it would be over thirty years before the next installment in my beloved Ghostbusters would be released. Can a five year old even comprehend what thirty years is?

As I sat in a room of over two thousand people on Friday night at New York Comic Con for the big surprise screening of Ghostbusters: Afterlife, I couldn’t help thinking about that kid in 1989. I wondered what it would be like to go back and tell him that it was going to be a really long wait for the next installment in his favorite thing in the world, but the wait, though agonizing at times, would be totally worth it. I thought about having to explain to him that Egon wasn’t around anymore, and even though it was sad, that it was going to be okay and that things like that would make more sense when he was a bit older. I thought about explaining to him that while finally watching the third movie, he would laugh in a way he’s never laughed, and smile in a way that he’s never smiled, and also hurt in a way that he’s never hurt. This complex combination of emotions is difficult to articulate at thirty-seven, so explaining it to my five year old counterpart seems impossible. But I guess I would just want to convey to myself that even though the road ahead will be bumpy, there will be more Ghostbusters movies for you/me to watch and love.. It’s just going to be a little bit before we get there.

On Friday night, I finally did the thing that I have wanted to do my entire life. I watched Ghostbusters: Afterlife. I watched it with my life partner, my friends, my Ghostbusters extended family, and a couple thousand strangers. And to top all of that, I watched Ghostbusters: Afterlife in New York City. To go into the details of the film would be unfair to those who haven’t had the opportunity to see it as of yet, so I won’t dive into any of my specific feelings about plot and characters or what transpired on screen. There will be plenty of time for that once the movie is officially released.

The uniqueness of this specific event is not lost on me. I have never been to New York Comic Con, and have never experienced a Hall-H type panel or presentation. We found ourselves in the front row, maybe ten feet away from the cast and filmmakers. I was overwhelmed in the moment, and pretty sure I blacked out at some point during the third act of the movie. 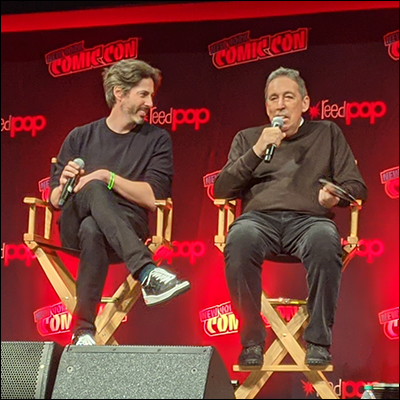 This wasn’t a moviegoing experience. This was a full-blown spiritual awakening. Thirty-plus years of waiting and then finding out the moment has arrived; it was fairy-tale-like but also mind-blowingly stressful. The film was preceded by the panel discussion where we were given the gift of Jason and Ivan Reitman spilling their hearts on stage, with Jason lamenting the fact that none of us would have even been there in that room if it wasn’t for what Ivan did in 1984. I watched a doting son and a proud father share an intimate connection of love, trust, and faith in each other's own filmmaking skills.

And it wasn’t just the Reitmans that moved me to tears. It was Carrie Coon, Gil Kenan, Celeste O'Connor and the rest of the new group of Ghostbusters. Logan Kim and McKenna Grace aren’t that much older than I was when I was in the prime years of my Ghostbusting childhood. What a treat it was to see them own the stage, and without effort, have the entire audience in the palm of their hands. Finn Wolfhard, calm and quiet, and resembling a 1970’s Harold Ramis, let his wit and self-assuredness guide us through his own reverence for the franchise, and the respect that he has for Jason Reitman’s vision of what Ghostbusters is and what it could be. Just like the original team, they are superheroes. I want to be Podcast as much as my younger self wanted to be Venkman. And I know my younger self would be obsessed with seeing kids his own age flying down rural roads and commanding the Ecto-1. This film was a Ghostbusters fantasy camp. Somehow, Jason Reitman took the least likely scenario for a passing the torch legacy sequel, and turned it into an emotionally satisfying and rewarding coming of age story about family, forgiveness, life, death, and of course the Afterlife. But more than that, he made the dream of a third Ghostbusters movie a reality, and achieved everything he set out to do and more. 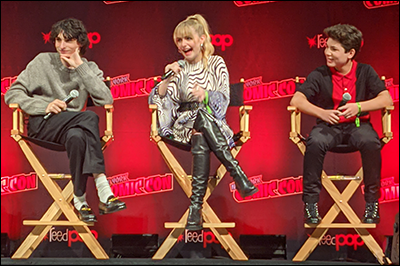 The cast and crew deserve every ounce of praise that is going to come their way, and the fans of Ghostbusters deserve the opportunity to see the film without being spoiled. We will spend the next years of our lives pouring over every single detail of the film, and though I plan on participating in the hyper-analysis and fine-tooth easter egg hunting, for the time being I can rest easy knowing that the little kid in 1989 once again got to see his favorite superheroes.

NYCC Screening Experience: A+
Ghostbusters: Afterlife: A+
RedSpecial, Kingpin, zeta otaku and 5 others liked this
My GB1 Pack Build---http://www.gbfans.com/community/viewtop ... =2&t=36244

Re: On Ghostbusters: Afterlife at New York Comic Con#4957059

Man… it’s so hard to put into words what we experienced. But you did it.

It still feels like a dream. And I can’t wait to see it again.
RedSpecial, Kingpin, zeta otaku and 2 others liked this
Like The Buffalo Ghostbusters on Facebook! 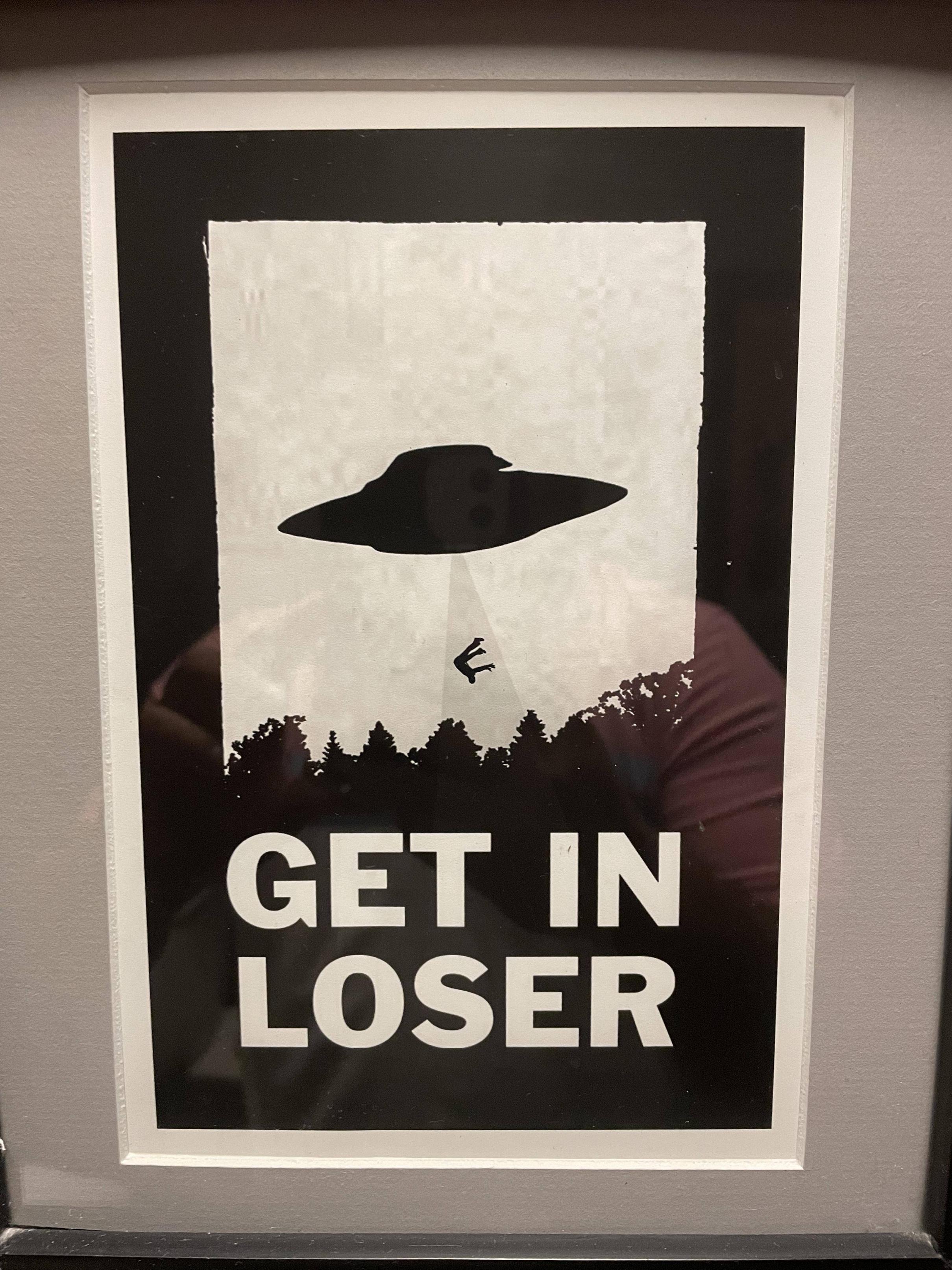 Re: On Ghostbusters: Afterlife at New York Comic Con#4957679

We are gonna be in NYC for the weekend of the 19th of November when the movie is out. Does anyone has any information of any fan events going on for the movie release ?

We are planning on seeing the movie on the AMC Lincoln Square 13 in Broadway which is not far from the GB Firehouse. I'd appreciate any information.

Re: On Ghostbusters: Afterlife at New York Comic Con#4957974

It's a very genuine review of the experience. Thanks for being honest in your thoughts which do not seem like a studio lip service promo review. So happy you got to see this as I can see how hard you and your YT channel as well as guys like Fitzsimmons work to keep the GB fandom going. Knowing how hard the people I know here in AB that worked so hard on the film I'm happy to see fans get to see it because after so many pushbacks those kind words are all that keeps them from busting at the seams wanting to yell how awesome it was...which they can do after the 19th.