I thought it would be neat to do a Dark Ages Ghostbuster.

I wanted to make a pack out of whatever old timey stuff I could find. I also thought a blacksmith would be a nice departure from the knight-inspired suit from Displaced Aggression, and it would fit the blue collar aesthetic.

I bought an enormous long sleeve shirt with a rough texture, big gray sweatpants and brown RIT dye from Wal-Mart.

Dyed the pants in the washer and cut the hem off the shirt around the collar. Removed tags, cut the sleeves off, turned it inside out and hit it with some gray, black and green spray paint along with a little mud and dirt.

Went to Hobby Lobby with a sale paper and picked up about $80 worth of stuff, all of it 40-50% off.
I picked up:
a small 2 level shelf
a few hollow decorative books
a large metal crate of some kind in the shelf aisle
a decorative box
2 wire trays
a few decorative bottles
some rope
and a crystal from a Christmas tree ornament 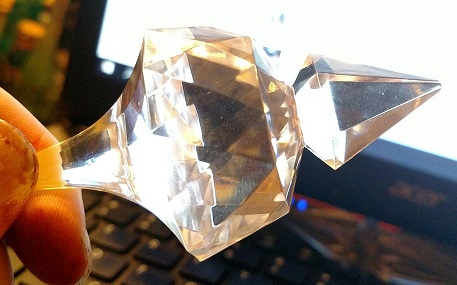 I arranged them a bit on the shelf. 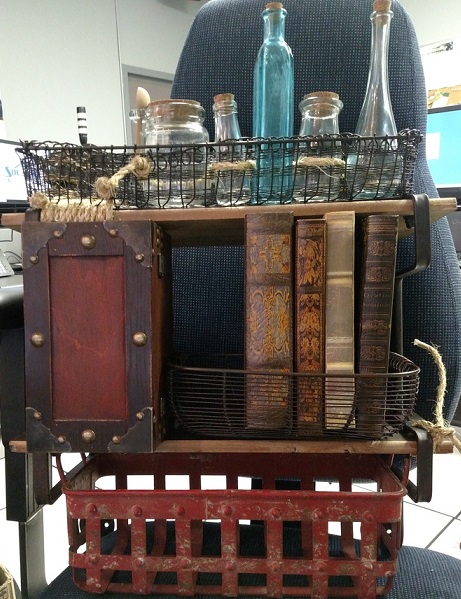 I had a plasma disc from an old project so I drilled a hole in the decorative box and stuck it in there. I planned to put yellow stripes on the face of the box but ran out of time.

I also wired some LEDs under the slime at the top. The slime itself is shampoo.
Other bottles contained some ash and salt.
I had some old 3d printed religious artifacts (an ankh, a pentagram) and a 3d printed horse shoe I dangled in some empty space. I also had some printed up pages from fantasy books I stuck in the tray and around some books to make it look used.
(Sorry about the mess, we were in a major rush and there's clothes and fur and mud all over everything) 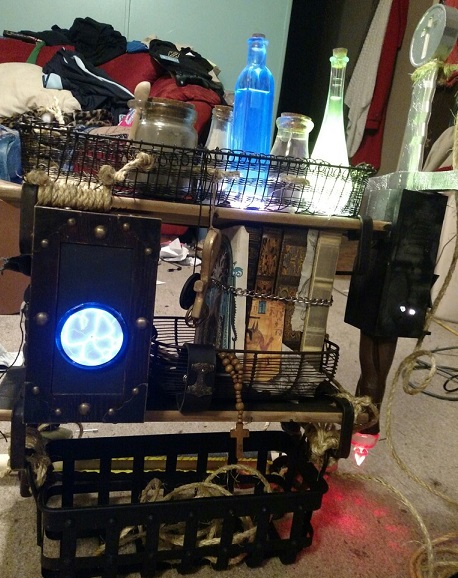 The wand was made of spare and junk 3D printed parts. I had a cartridge from a trap build that wasn't working out. I also had a part from a Wabbajack I was printing, and a ratty longsword hilt.

I glued it all together and ran an extra red cyclotron light from a Jupiter electronics pack kit through the barrel and put the crystal at the end.
I really only wanted something vaguely medieval that had the front/rear grip and box look of the original wand. I justified it by saying it was a magic crystal that focused energy from a root of Yggdrasil (twisted piece from a Wabbajack from Skyrim) that drew spirits into a dybbuk box (trap cartridge with a star of David glued on).
But, really, it was literally junk I had sitting around that vaguely fit together.
I attached it to the pack with a high powered magnet (via amazon prime).
I don't have any pictures of it by itself because it was mangled for parts right after the event.

I used some extra LC-2 shoulder straps and rope so I could put it on my back. I concealed the shoulder straps in some spare material left from a cloak I'd just made for my fiancee (another costume for the same event I was building alongside this one).

Went to Amazon Prime and ordered a blacksmith apron. It was advertised like this 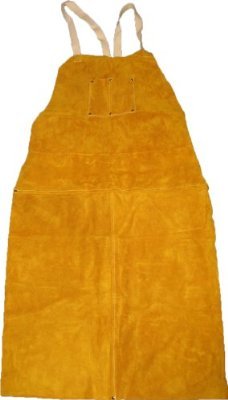 But arrived a sort of yellowish green color.
I used some brown shoe polish to darken it.

I had an extra name tag that I put on the apron but didn't have time to weather it.
I put an extra shoulder patch in some tea overnight and roughly stitched some X's over the eyes and widened his mouth. I just wanted something to make it different from the standard patch and didn't have time to do a custom design. 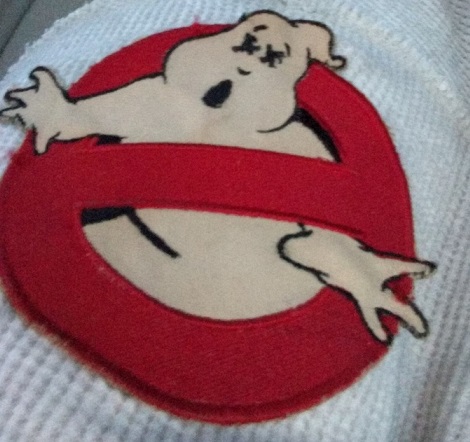 We had some extra gloves for an unrelated costume. They're pretty neat and have a devils trap cut in the palm. 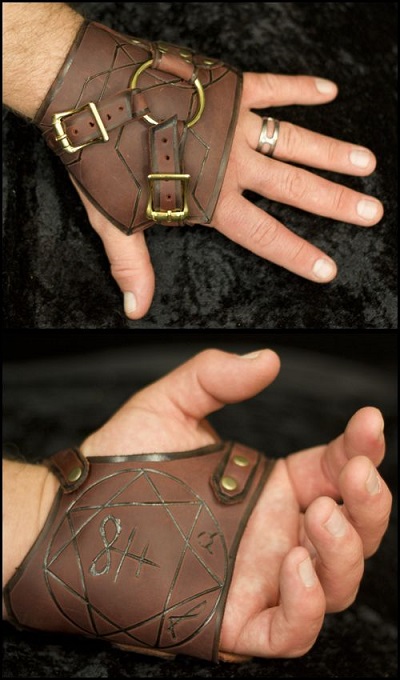 Let my hair down, added a belt and some shoes and I was good to go. 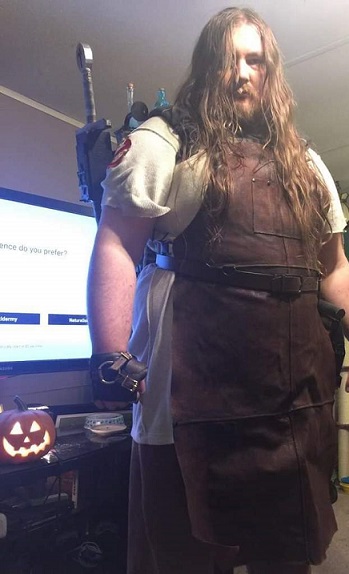 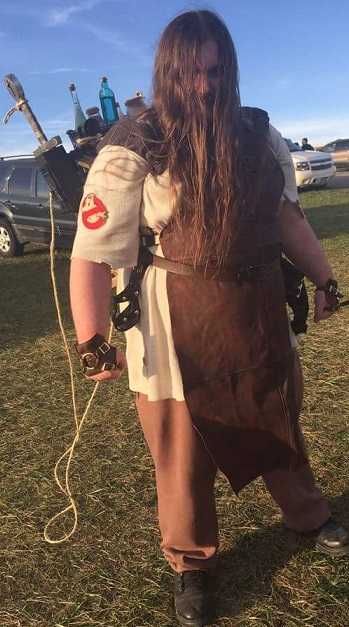 Unfortunately I don't have any pictures of me wearing it from the back or any more of the costume at all. It was a fun, rushed one-off.

I wish I'd weathered my clothing a bit more and dirtied myself up, maybe with some slime and soot. I wish I'd had better pants and boots and had more time to work out a nice wand. But it is what it is and I'm proud of it. I got a pretty great reaction and I may work on a better design for next year.
Lando System?
Lando's not a system. He's THE MAN.

Reply
Return to “Other Props”
22Sep

I got my clippard from the gbfans store!!!!;)