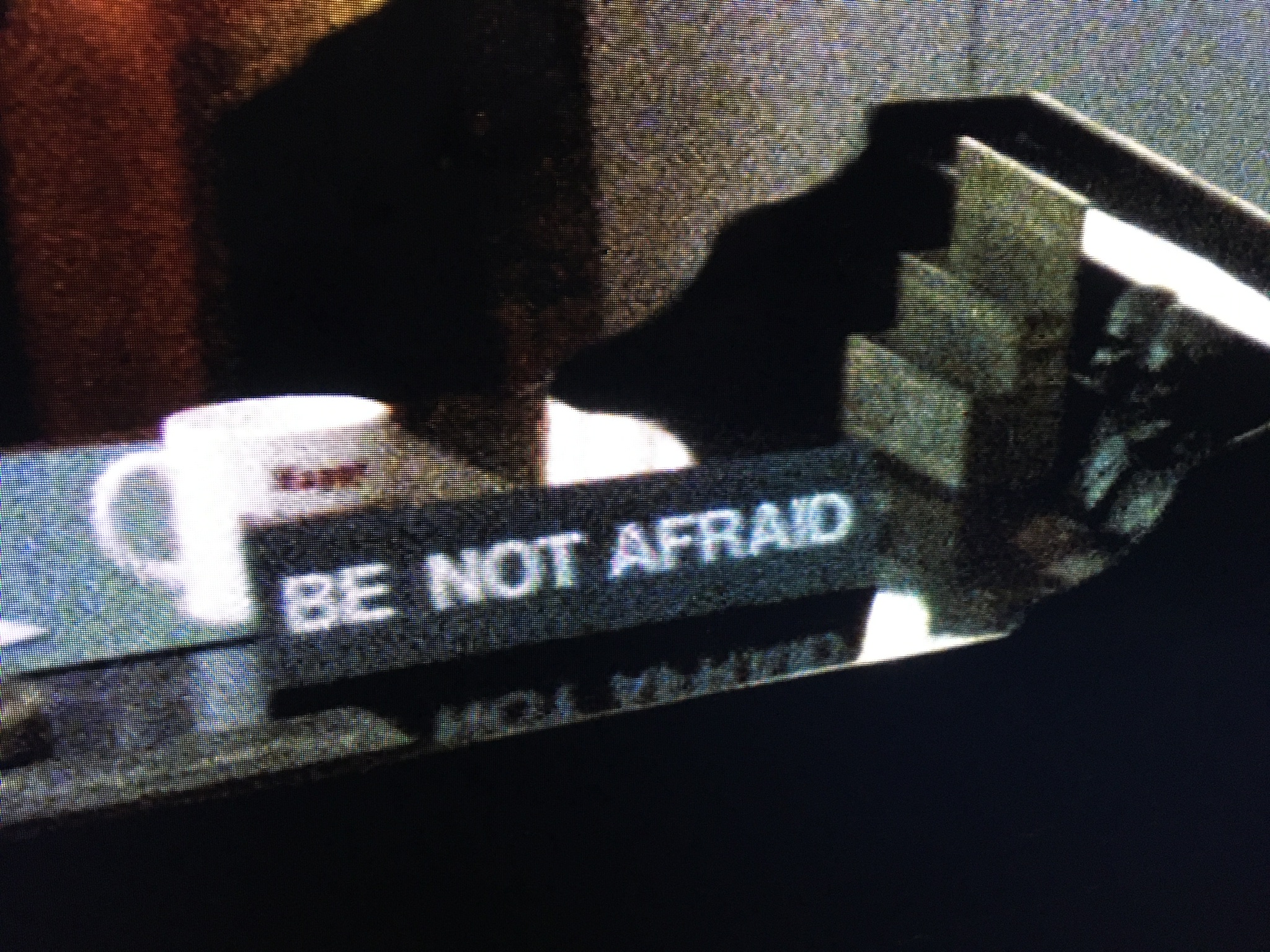 It looks some sort of plastic, has anyone ever made a run of these available?

Or perhaps they were sold in greater numbers in the early 80’s.

I think it would potentially be a well selling item as a sign like that transcends the movie.

Note the mayor's mug says Happy Valentine's Day. You can just make out the 'Happy' in your screen shot in the original post.

Alex
Corey91 liked this
What a knockabout of pure fun that was!

I’ll try to get the sharpest screenshot I can from the 4K release and not a screen picture using a phone.

If anyone else wants to attempt a clear 4K screenshot, be my guest.

Anyone care to wager a guess on the dimensions and font?

One interesting detail that I found, considering the presence of the Archbishop in the movie scene, is that the quote 'Be Not Afraid' is possibly a reference to Pope John Paul II's first speech when elected to the papacy in October of 1978.

My gut instinct is that it's not a prop manufactured for the film, but was simply a 'had it for five years now' possession of Bellamy's already on the desk when they came in to film for two days.

But I have no evidence to support this theory, and haven't found any matching hits looking for a vintage desk sign with that slogan.

It almost looks like a quick and dirty printed cardboard standee.

It's glossy and reflective when you see it in a moving video clip, though. Watch whenever the mayor passes in front of it.

Possibly made from acrylic?

Reply
Return to “Other Props”
06 Aug

Modded the Spirit goggles to look more like the re[…]

Finally figured out how to add pics. Updated the p[…]