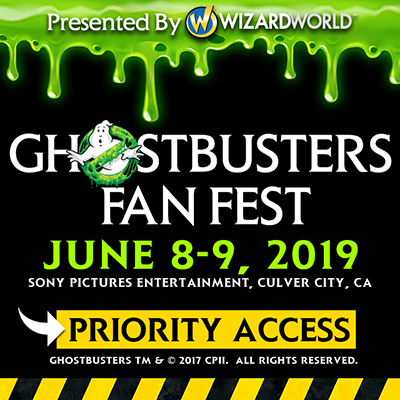 Reservations for Ghostbusters Fan Fest Priority Access are now available! You can reserve your spot in line by placing a refundable deposit down and that will give you Priority Access when tickets go on sale. The deposit also goes toward the price of the tickets.

Ghostbusters Fan Fest will run from June 8 - June 9, 2019 and will be a once in a lifetime opportunity on the Sony lot.

Any pics from a prior version?

Any pics from a prior version?

As far as I know this is the first Ghostbusters Fan Fest they have done.

It will be nice to meet some of you in person.
The bannings will continue until reading comprehension improves!
Or until SDCC is over.

By mjspiegel -  November 16th, 2018, 5:55 pm
-  November 16th, 2018, 5:55 pm#4910812
I expected my wife to laugh at me when I suggested we attend this. She loved the idea. I now have 2 tickets reserved and we are planning our flight from Virginia. Shocked the heck out of me. Can't freakin wait for this! Pretty sure this is my number one bucket list item that was just a pipe dream. What are the chances Bill will be there...probably low.
"He is VIGO! You are like the buzzing of flies to Him!" 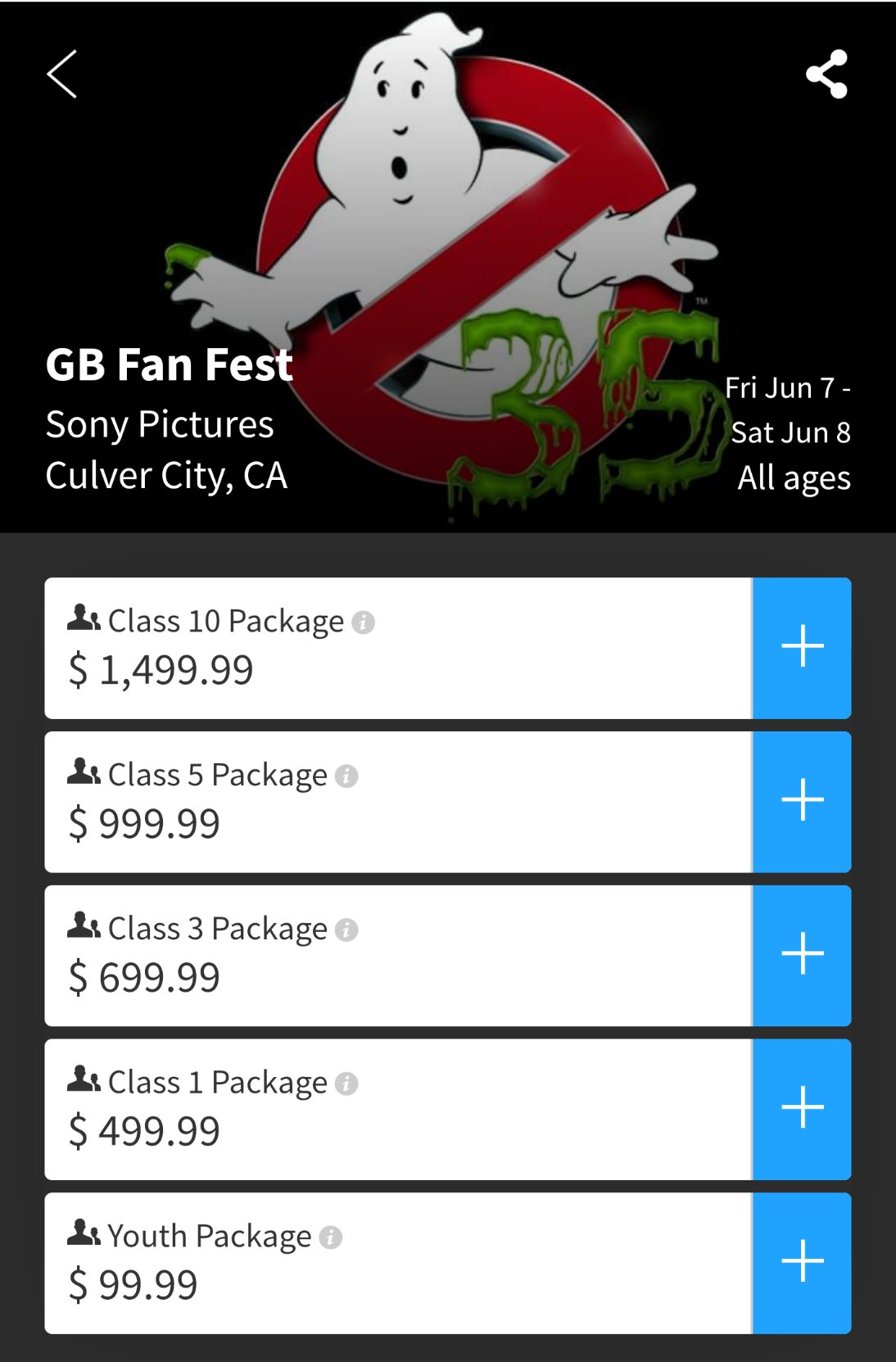 Yikes.
"Ok. opening at number 2, to sub 50 million, next to the 2nd weekend of an animated kids movie, is NEGATIVE. Let me just clear that up right now. There is no middle ground on this. Studios DO NOT spend 100 million in marketing money to open at number 2. No sir. No. No. No. No." - Richardless

Also, I don't know if it's Sony to blame or Wizard but damn.

Also, I don't know if it's Sony to blame or Wizard but damn.

If you bought the priority access you should have got a email this morning with a code. When you are checking out you put the code in to get the deposit amount off your final total.

I will say, at least they did a payment plan option.

By mrmichaelt -  February 19th, 2019, 3:27 pm
-  February 19th, 2019, 3:27 pm#4914466
It's the inaugural event for Ghostbusters Fan Fest. It's not the scope and magnitude of a major convention like San Diego Comic Con. The high price and limited number reflects that. Consider it in addition to being the ticket and extras, it's also an investment in future Ghostbusters Fan Fest events. Ghost Corps doesn't have a blank check from Sony to go crazy, they have to estimate how to keep costs low and profits high so the number of sales they make on this will determine if this will be an annual event, bi-annual, every 5 years, etc. and with each successful turnout and they hit their mark and hopefully surpass sales estimates and # of people attending, the price will go down and they'll eventually be able to move from the Sony lot to a convention venue akin to San Diego Comic Con, Wonder Con, or New York Comic Con. Yes, it sucks the prices are high right now but this rare chance to directly show Sony that the brand matters and as many fans as humanely possible should show up in full force.
castewar liked this
Ghostbusters IDW Sales Chart (Updated for March 2020)

I'm officially taking your bet. I'm sure we'll get some kind of fan event for the new movie release

That being said, I think that the ones who'll can attend will be fans who doesn't have to fly in. I live in Italy so it is an enormous amount of money for me.

If they make a "fans only" Gb3 Premiére I'll consider it. Or I'll wait for the artists involved to come to the Italian premiere. We have our Ecto 1 to show them

I'll wait next year, if a GB3 event is announced.

So I barley got my pack completed before Halloween[…]

Anyone surprised they called the bumper the &quo[…]