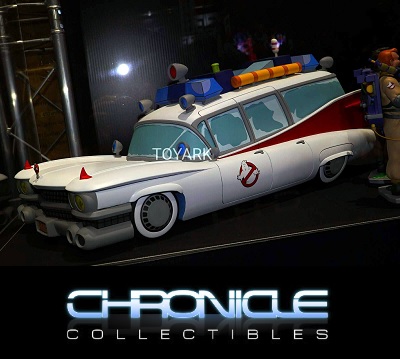 It's only been just over a month since Chronicle Collectibles started promoting their range of statues based on The Real Ghostbusters, and they're pushing the range to the next level at San Diego Comic Con by revealing the next feature of the range: Ecto-1.

By Chicken, He Clucked -  July 19th, 2019, 3:13 am - Posts: 87
-  July 19th, 2019, 3:13 am #4921124
Damn, that's nice. Not entirely thrilled by the choice of window decals. Would prefer the standard cartoon double-stripe as it looks like broken glass. Also mixed feeling because the simplified nature of the design doesn't necessarily lend itself to such a large figure. Amazing details with the ghost sign and car bonnet emblem. 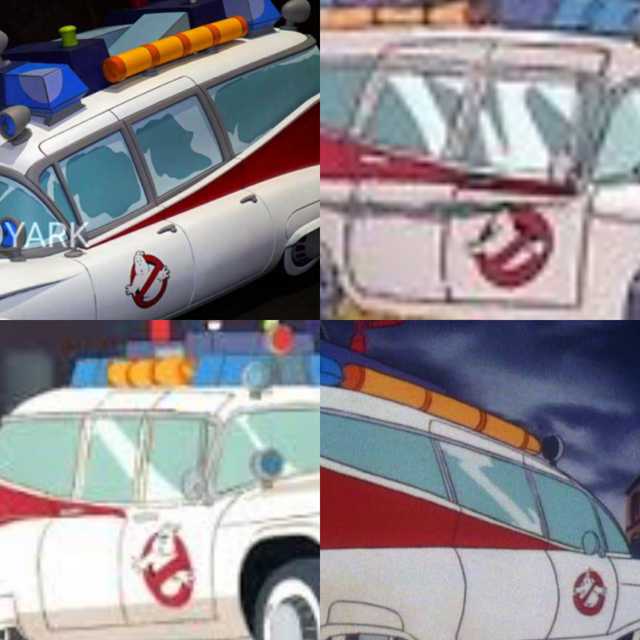 Not sure whether to suggest this feedback to Chronicle themselves before the design is finalised.
Wafflerobot liked this

This is what I mean by the window paint would look better if it was closer to the reflective stripes from the show.

Not sure whether to suggest this feedback to Chronicle themselves before the design is finalised.


I think the windows would look much better like that too! I say make the suggestion and see what they say. I'm still on the fence about whether or not I'll purchase one. I'm leaning towards yes right now but we'll see.

I think the windows would look much better like that too! I say make the suggestion and see what they say. I'm still on the fence about whether or not I'll purchase one. I'm leaning towards yes right now but we'll see.


I contacted them with the suggestion but it's super hard to do so without sounding rude, which I really don't wanna do because I love Chronicles RGB range - it may be my favourite piece of Ghostbusters merch to come out since the 80's.
For me, the Ecto is going to come down to a lot of factors: size and materials, price, will it be cel-shaded or might we see different versions of the final design, can I buy one cheaper in the UK without importing because the exchange rate is terrible right now? Will there be a discount for existing orders of the full team? I'm swaying myself into buying it already, but I gotta be sensible with price.

If I get the RGB Ecto it's the last Ecto I'll be buying and it's going to take up a lot of space. Thinking about it, the ideal scenario for me would be if the RGB Ecto 1 came in smaller variant than the one showcased. Partly for cost, but mainly for ease of display.

Now, with the announcement of a Chronicle RGB Ecto-1, I literally just pre-ordered the Complete Set of figures last night, with anticipation of pre-ordering the Ecto once it goes live. Thank goodness for their payment plan option!

For me, the RGB figures and Ecto go hand-in-hand, and they do look incredibly well together, too! I also agree that the design of the reflections on the windows do indeed give off the appearance of cracked or broken glass. I sure do hope they take advice from Chicken, He Clucked and remedy that before production begins.

This (along with the figures) will collectively be the largest Ghostbusters merchandise purchase I've made to date, excluding my proton pack build. I truly wanted the Blitzway set, Soldier Story set, and Hollywood Collectibles set, but couldn't justify spending that much money. Those were obviously developed for more, ahem, deep-pocketed fans. Furthermore, those sets all appear to only be rising in value, putting them even further out of reach. Incredible and badass, absolutely, but just way too rich for my blood.

Alas, these RGB figures will look great paired with Ecto once they're set up in my collectible room's coffee table.

You may be interested to know the window feedback is being considered at Chronicle’s next production meeting. So that’s good of them. Either way I’m sure it’ll be a great figure.
below_radar_00, Kingpin, vipertv liked this

You may be interested to know the window feedback is being considered at Chronicle’s next production meeting. So that’s good of them. Either way I’m sure it’ll be a great figure.

Awesome! Thanks for the update!

It's been 3 months since the reveal. For those in the familiar with the figurine industry how long can it take before we get news of production?

I was hoping we'd get confirmation on this and any other figures by the end of the year. The RGB line doesn't seem as popular as their Jurassic Park figures on social media, hopefully that doesn't put it in any jeopardy.

Shit, man hope you feel better. That sounds like […]

Temporarily off work at the moment so finding more[…]