By hybridflux -  November 15th, 2019, 5:30 pm
-  November 15th, 2019, 5:30 pm#4927062
To start out I wanted to thank all of you and give a couple shout outs. Big thanks to:
-SpongeFace for his great Lights and Sound boards, also taking me back to school about the wand side of his builds.
-CountDeM0net for his various remixes on Thingiverse. I also totally borrowed then tweaked his code/Arduino build.
-WindDrake for his time and putting those precious STL’s out there for us all!

Since I could remember, I have always wanted a proton pack of my own. Due to life, the military, and life again that delayed that little boy’s dream. Stumbling over a Spirit pack, I figured I had the time and resources to give it a go. And began the deep rabbit hole that is GBfans and all of you! Armed with that Spirit pack and my trusty 3D printer, this is what I came up with. 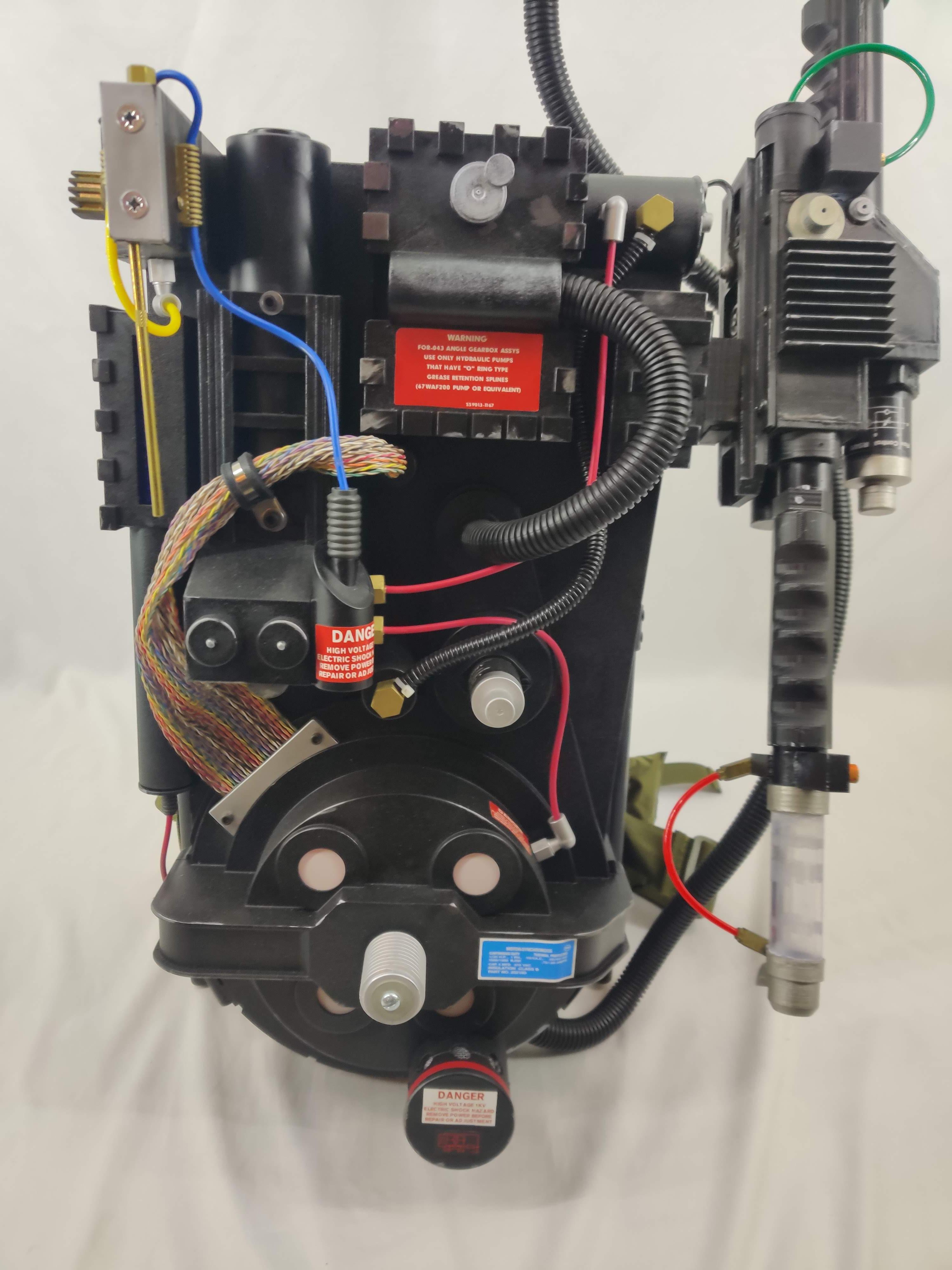 Back side (literally) on ALICE frame: 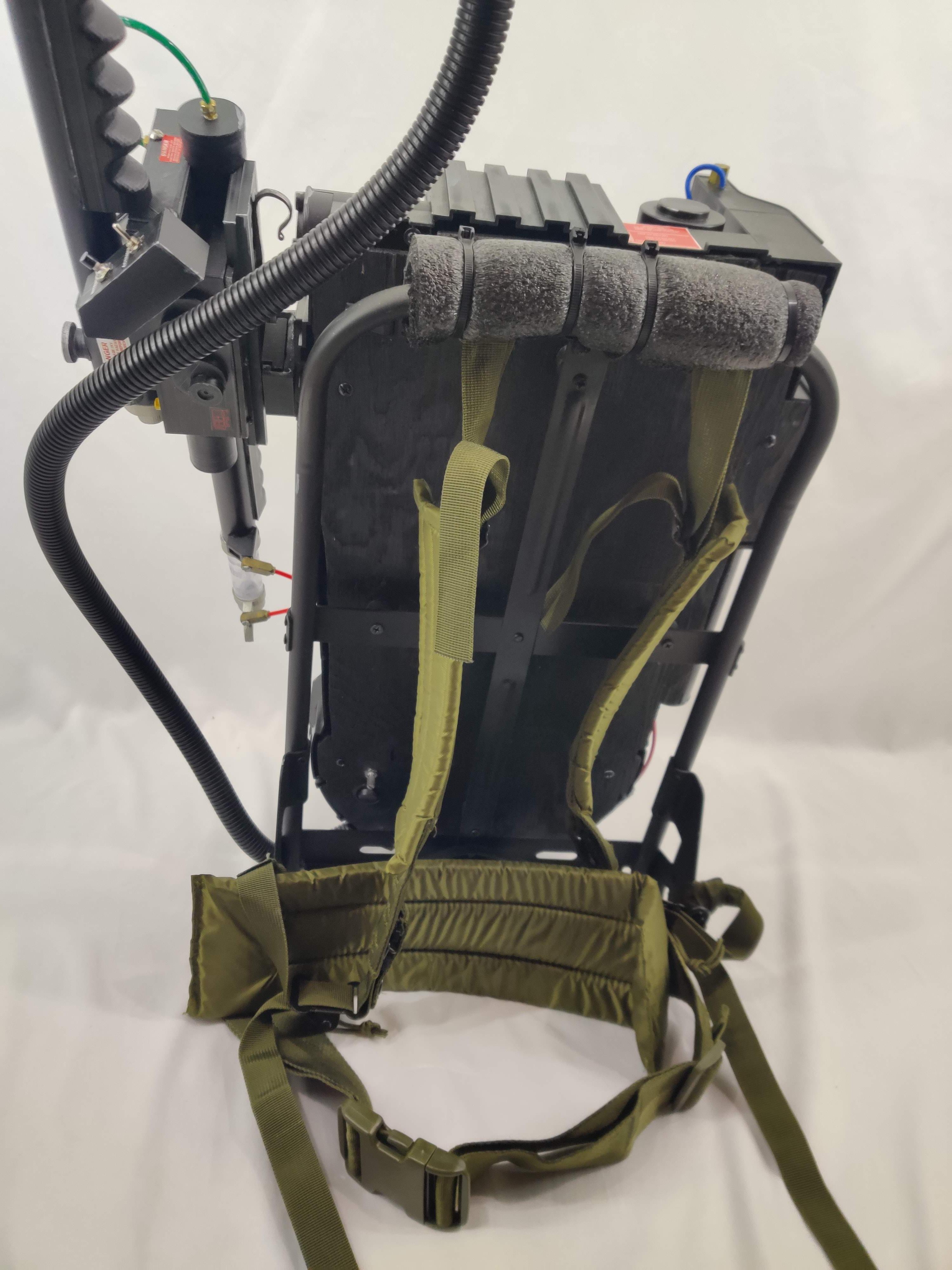 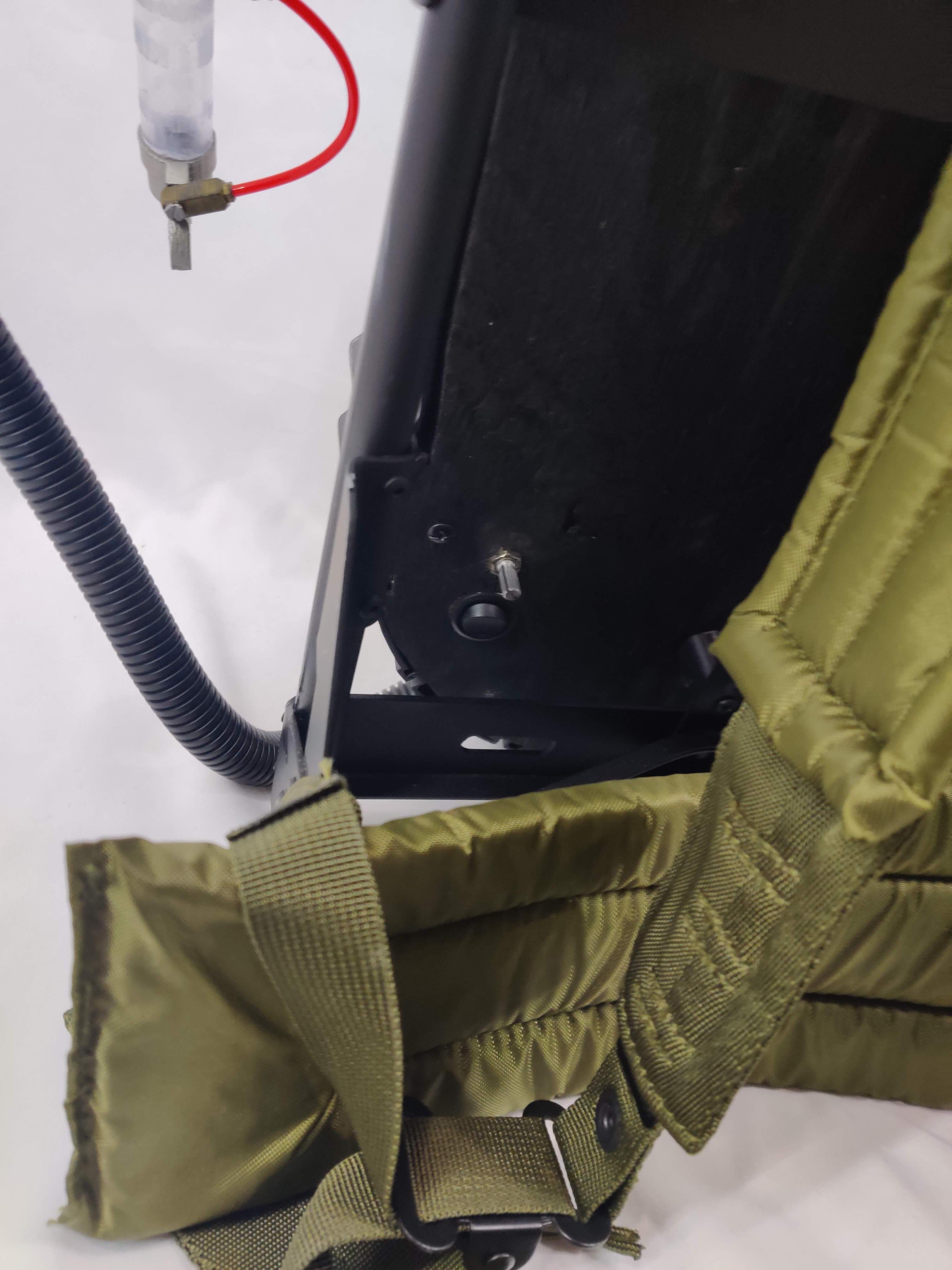 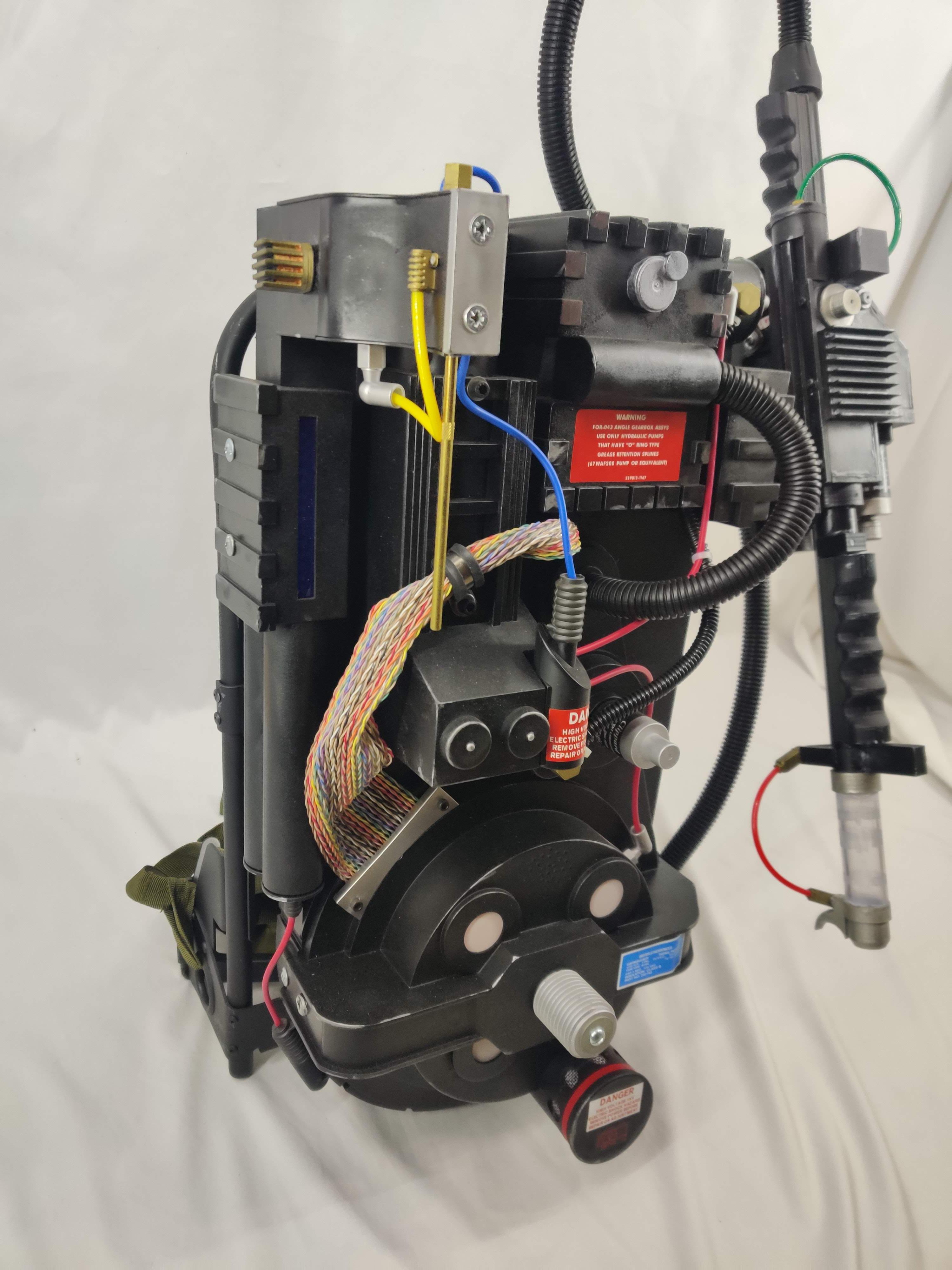 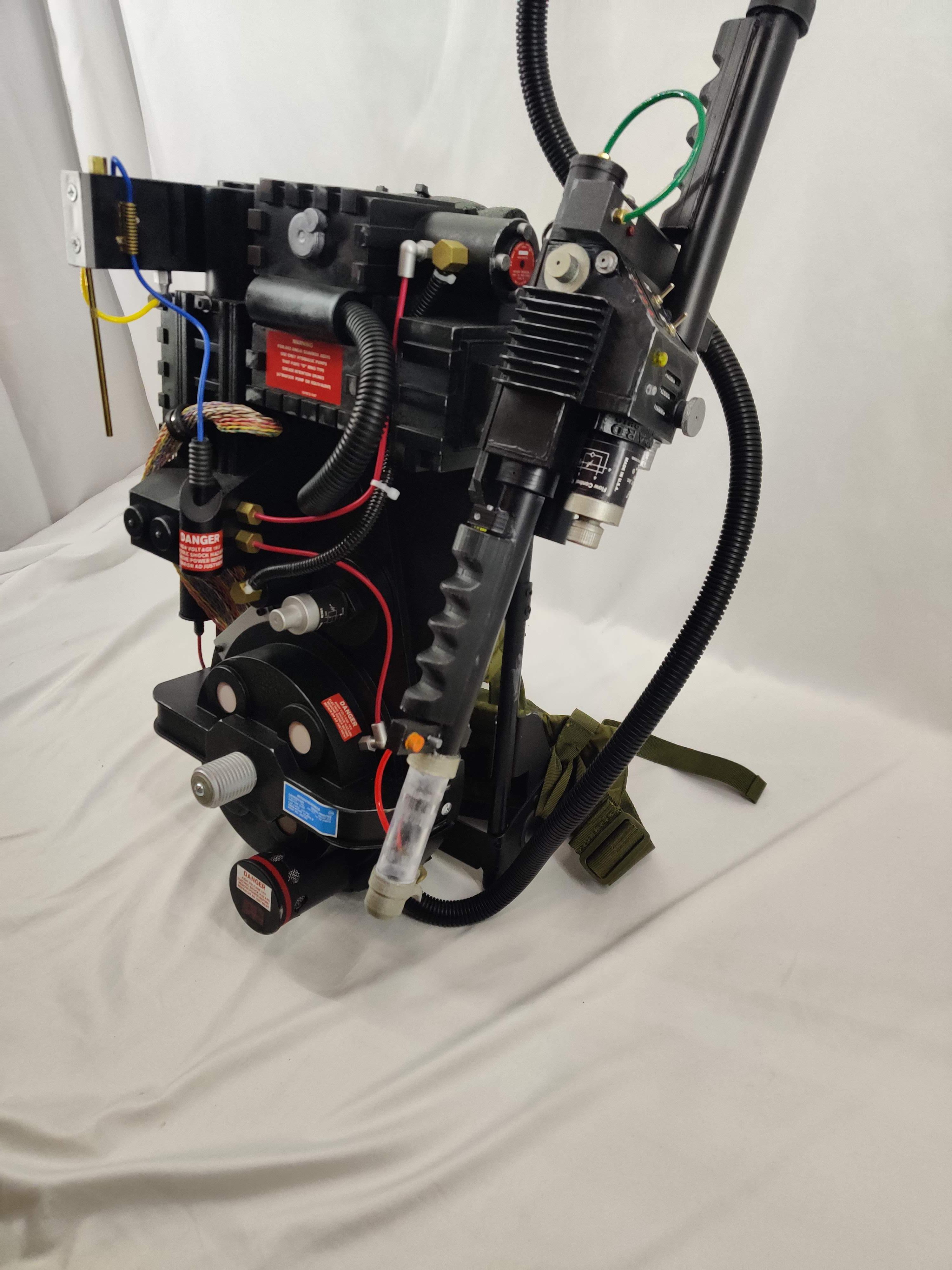 Right Side w/o Wand hooked: 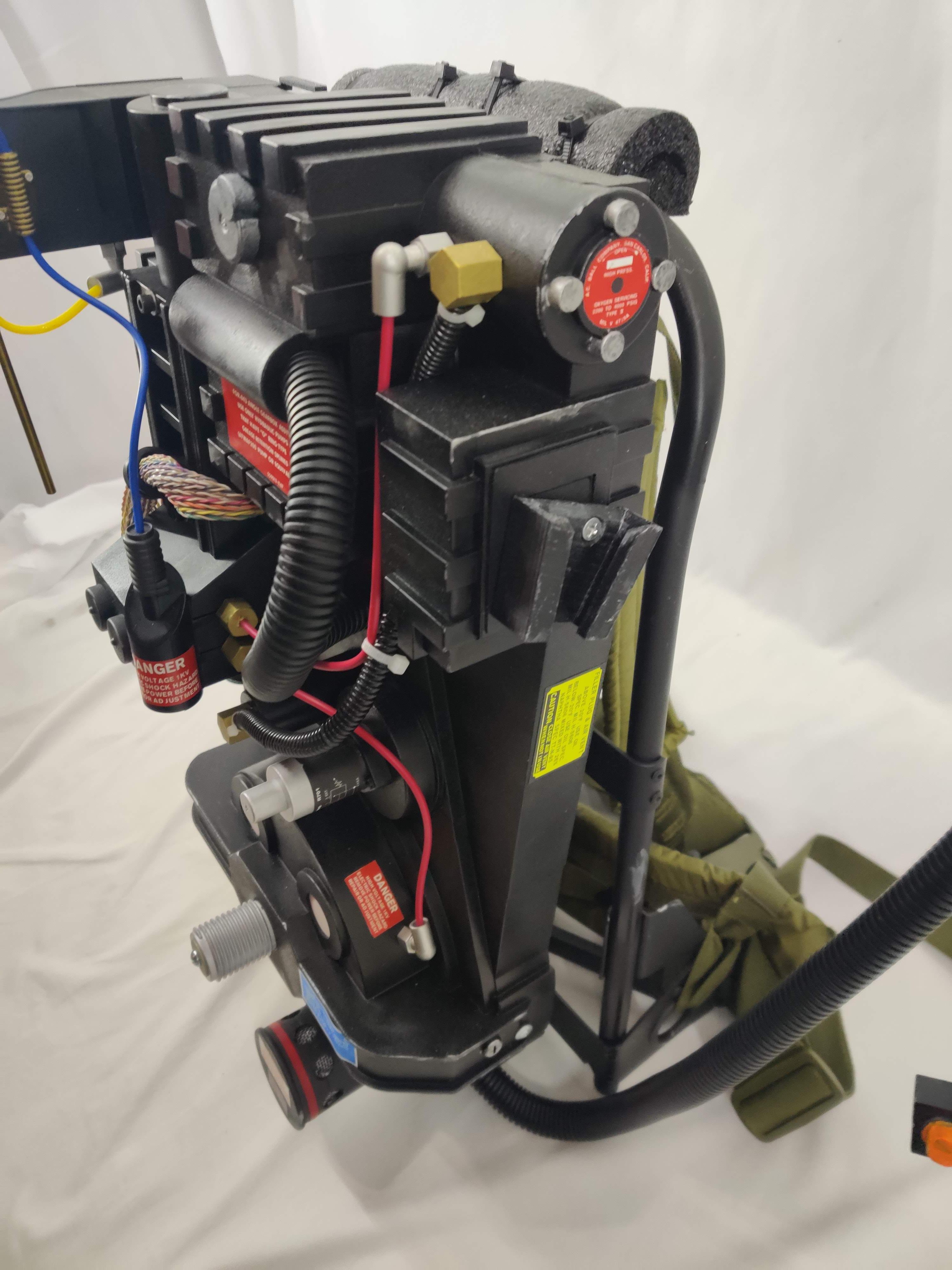 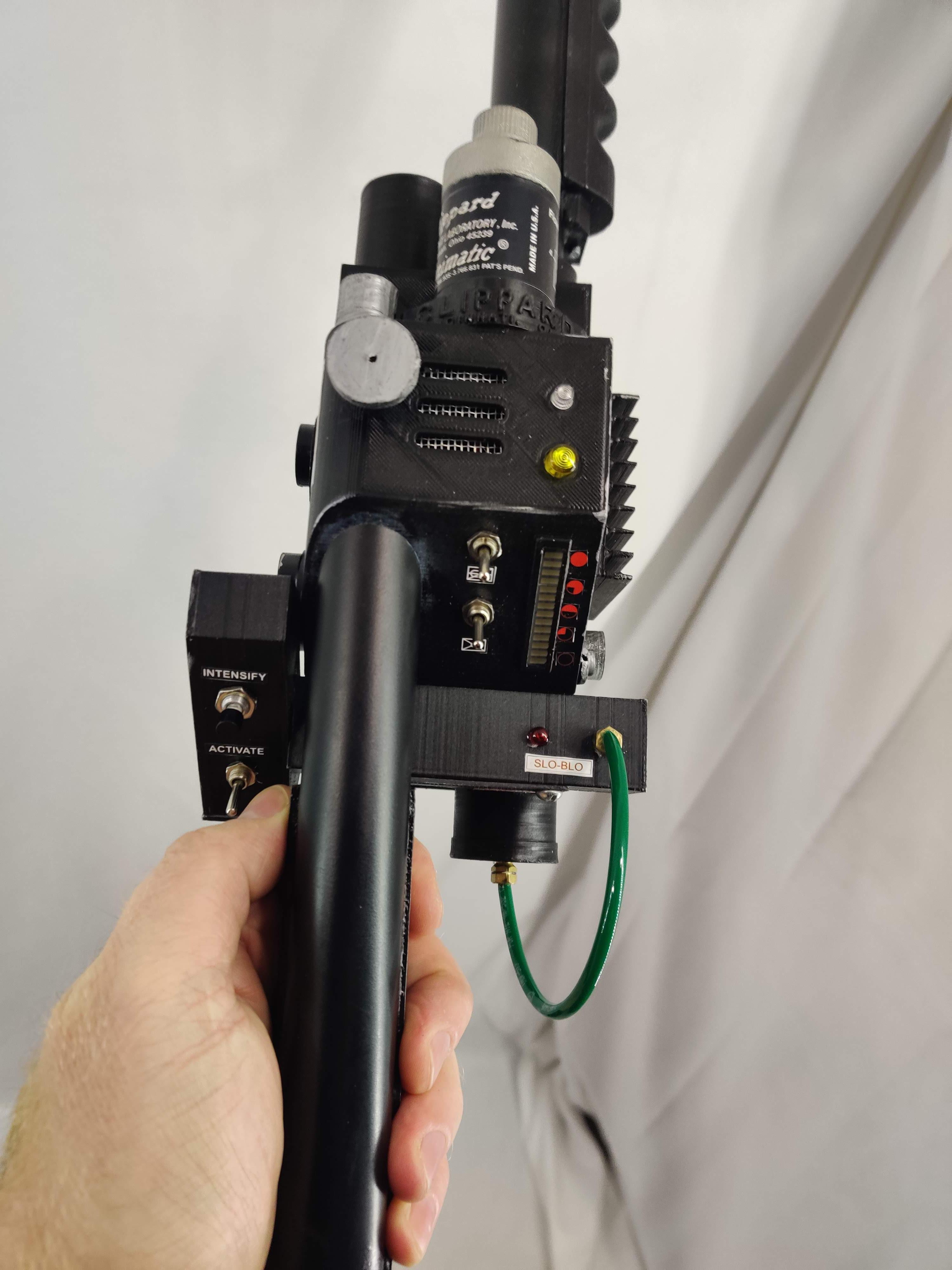 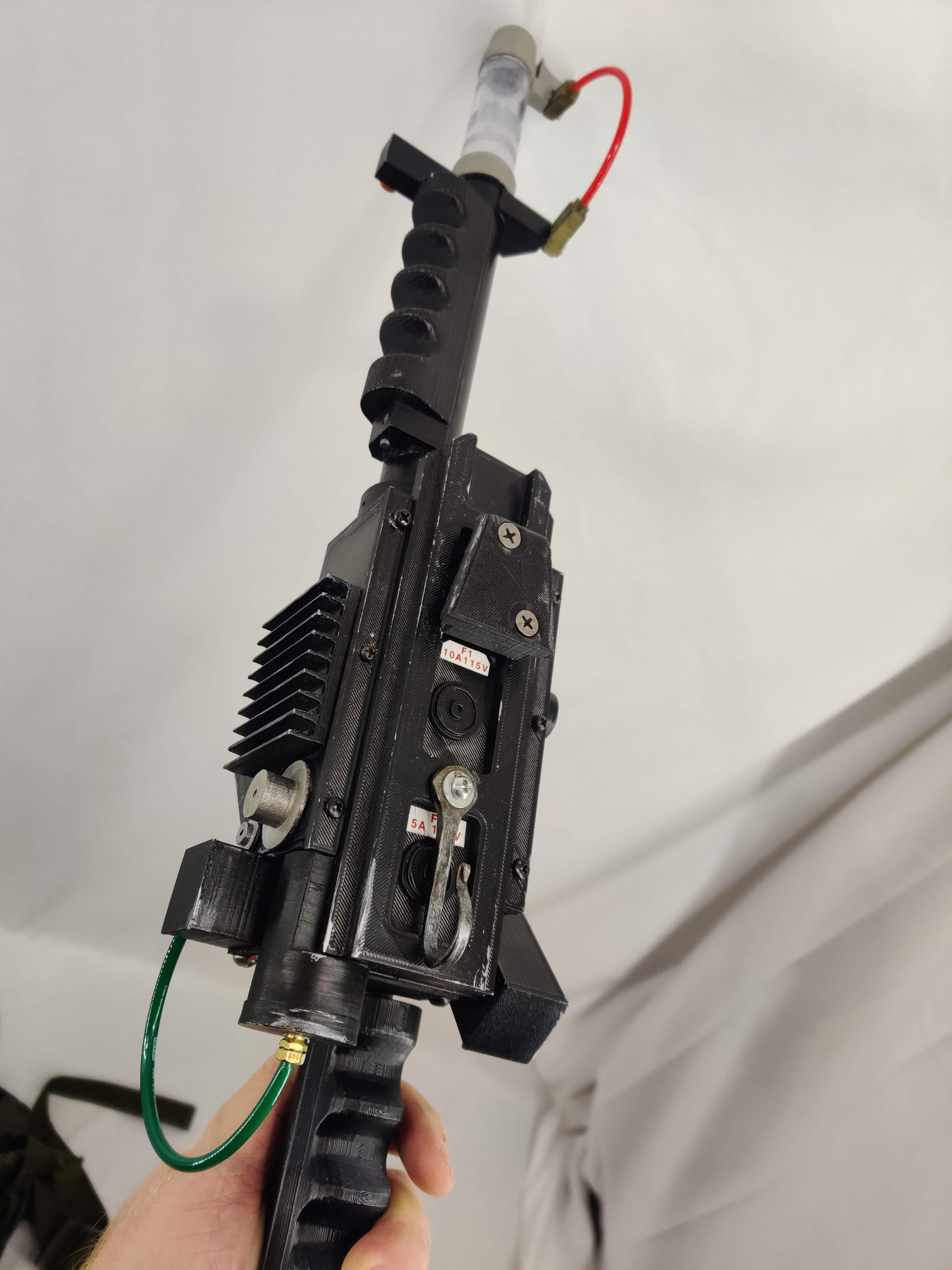 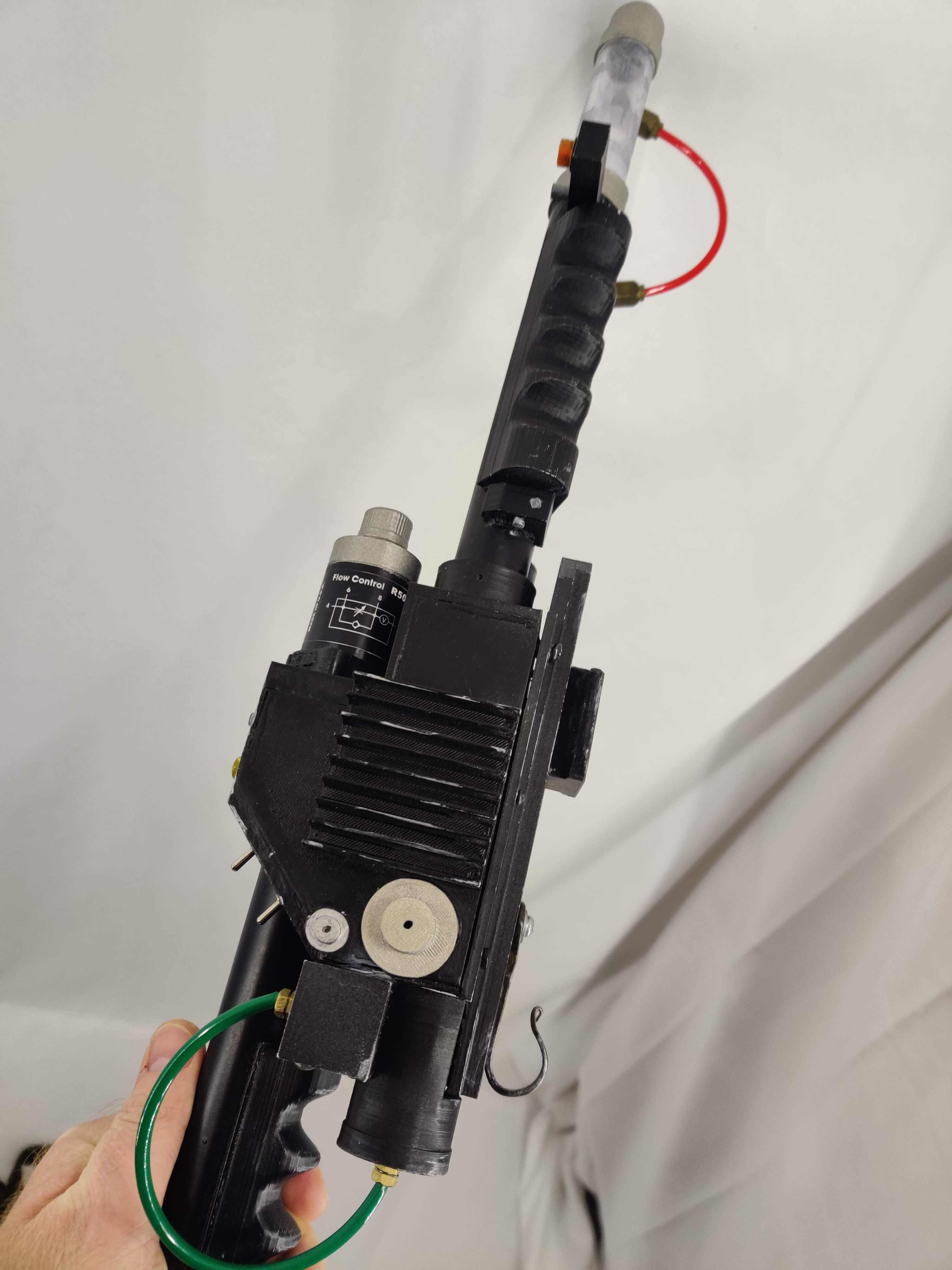 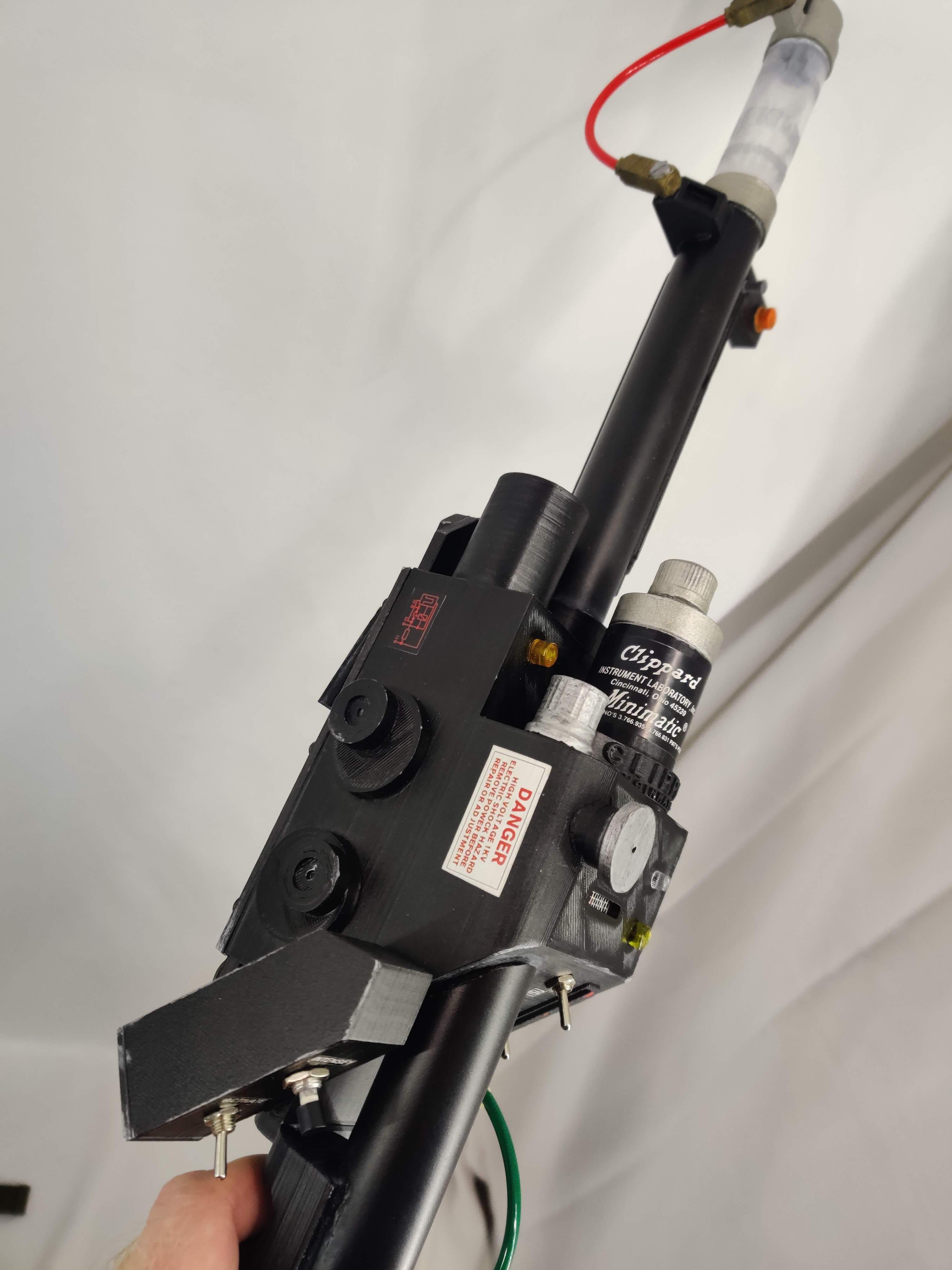 On top of everything else the pack borrows, I combined several of the vent configurations and came up with what is in the linked video clip. The system works with the vent trigger of the pack board, a relay, 12v air pump, some clear tubing, e-cig disposable cartridge and a mini 3.3v fan.

The pack runs off of an internal 12v lipo that can be charged from the bottom of the spare left tube without tearing the pack apart. The entire pack can be shut off via a switch that I didn't point out at the top of the MB.

SpongeFace's light and sound boards give the pack it's life. And SpongeFace's "dress up" kit helps the outside.

The wand is mostly CountDeM0net's 100% scale with a couple WindDrake pieces to kick it up a notch. I then cherry picked CountDeM0net's Arduino code (as I already had the pack squared away). The tricky part was pairing the wand and the pack. Luck for us all SpongeFace uses ground based switches for his controls which made it SO much easier to merge.

All-in-all I think if came out pretty awesome. To complete the whole package I also made a waist thingy, a LifeGard II, and tuned up some Spirit goggles but those I'll save those for their respective sub-directories. Thoughts?
Kingpin, infinacy liked this