I'll update with a few pictures shortly as I have to send them from my phone.

Here is the youtube video I created showing the meter off.

It was made using the following parts.

project box
Aluminum belt rollers out of a busted mail sorter.
the guts out of a EMF Detector
transparent pen end for the antenna that blinks red when the EMF Meter is first turned on, or detects EMF
red bike light
lint brush handle
three position toggle switches and momentary contact button (all switches were scavenged out of the wand from a busted up in shipping proton pack I scrapped).

It's held together using generous amounts of resin and hot melt glue and it is powered by a 9V battery (bike light is powered by it's internal battery pack that is charged by a usb cable).
Last edited by doctorevil30564 on May 24th, 2018, 12:22 pm, edited 5 times in total.
Egon_the_gb liked this
North Georgia Ghostbusters
http://www.northgeorgiaghostbusters.com 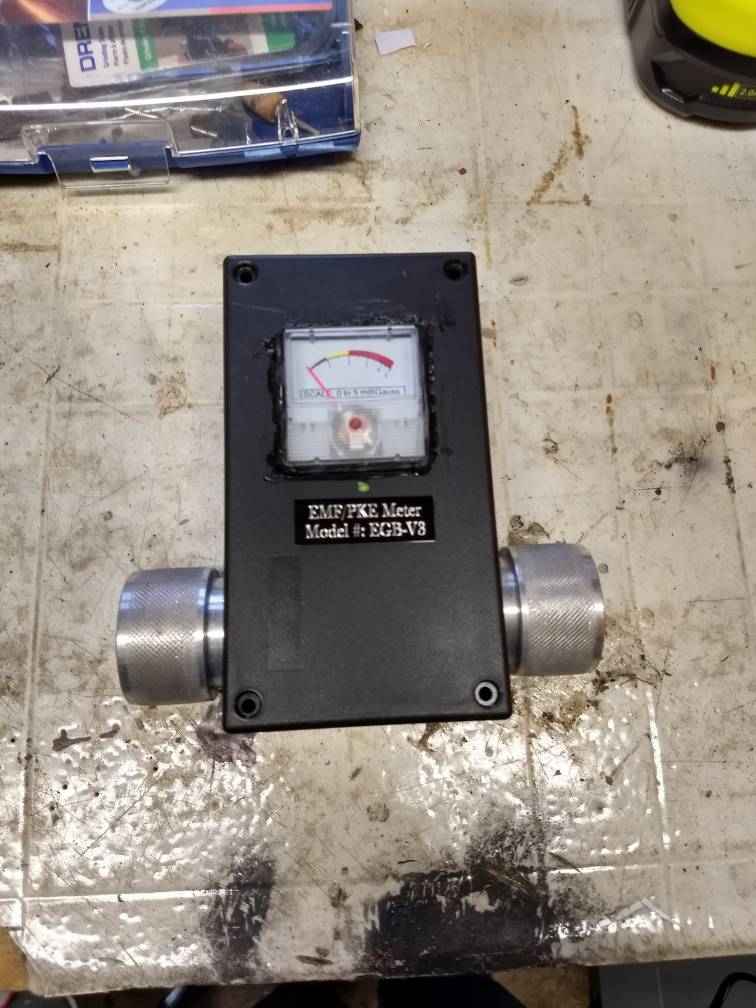 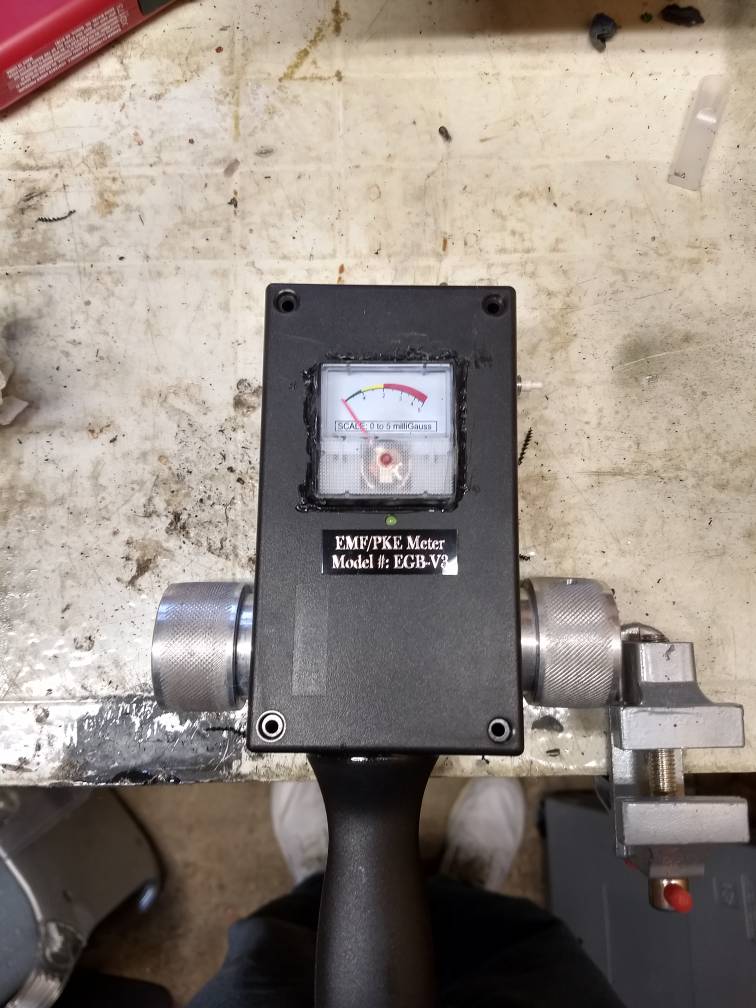 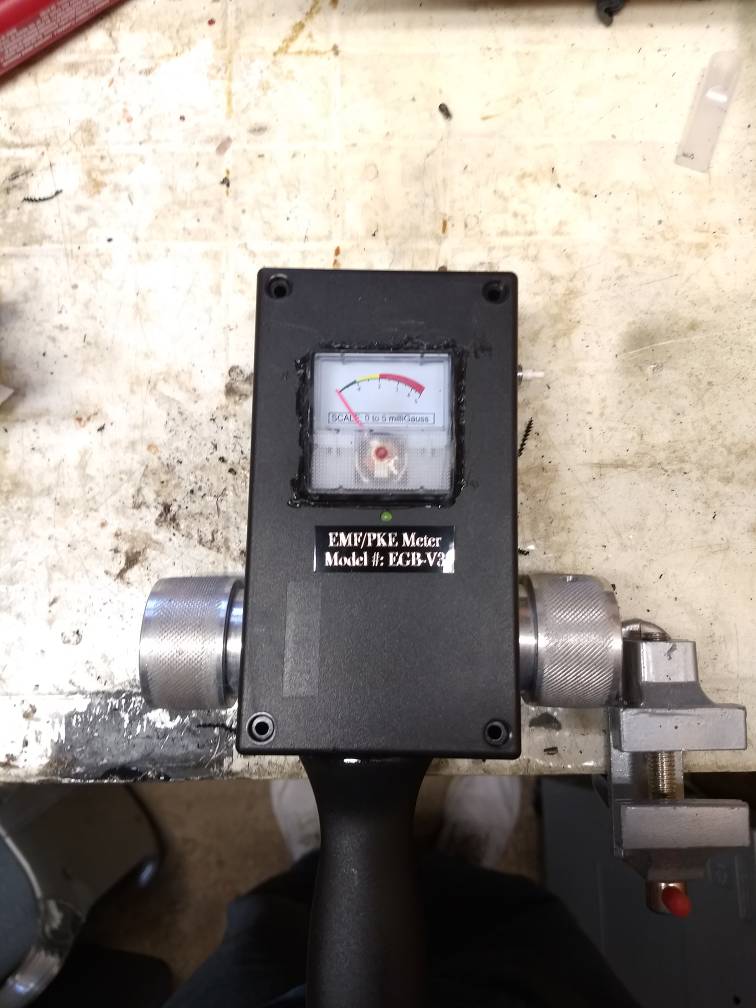 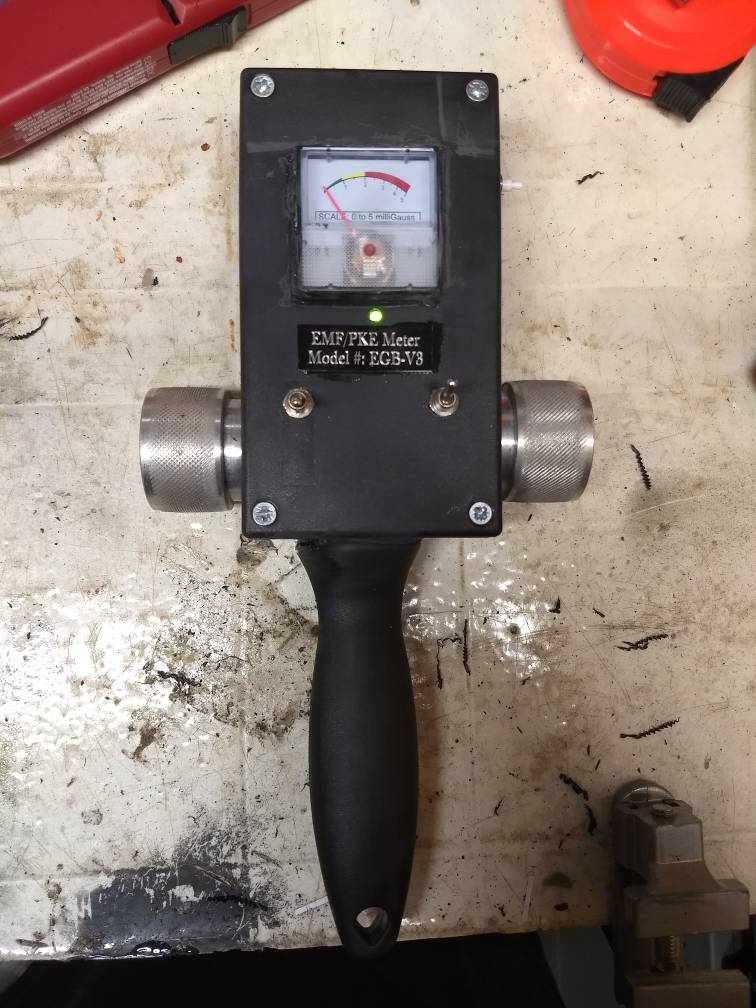 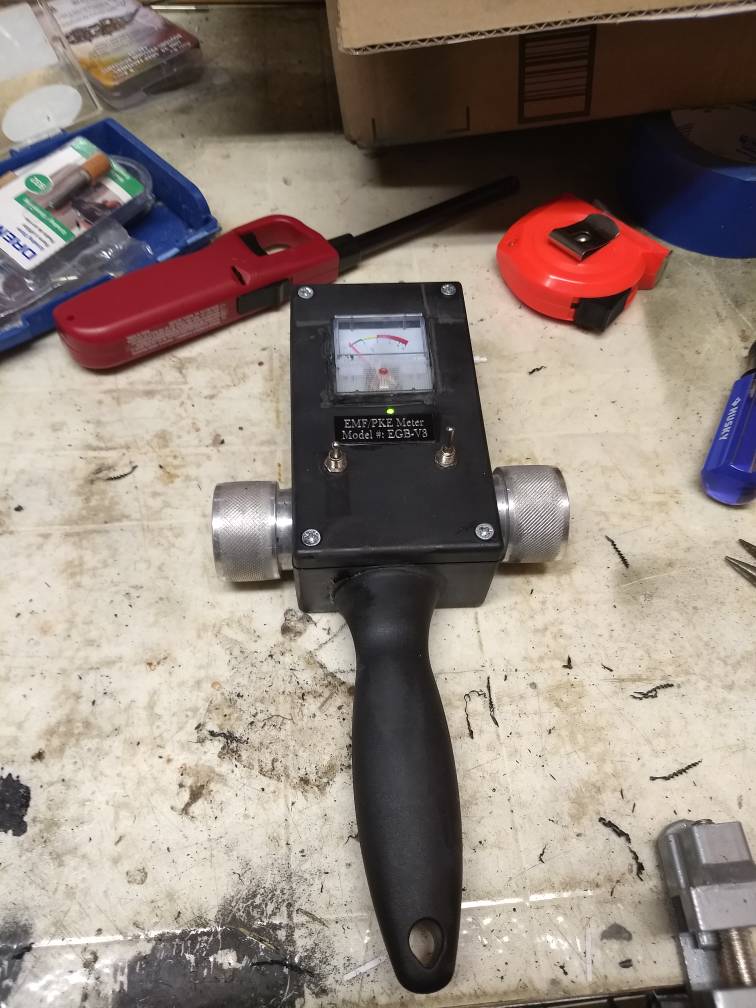 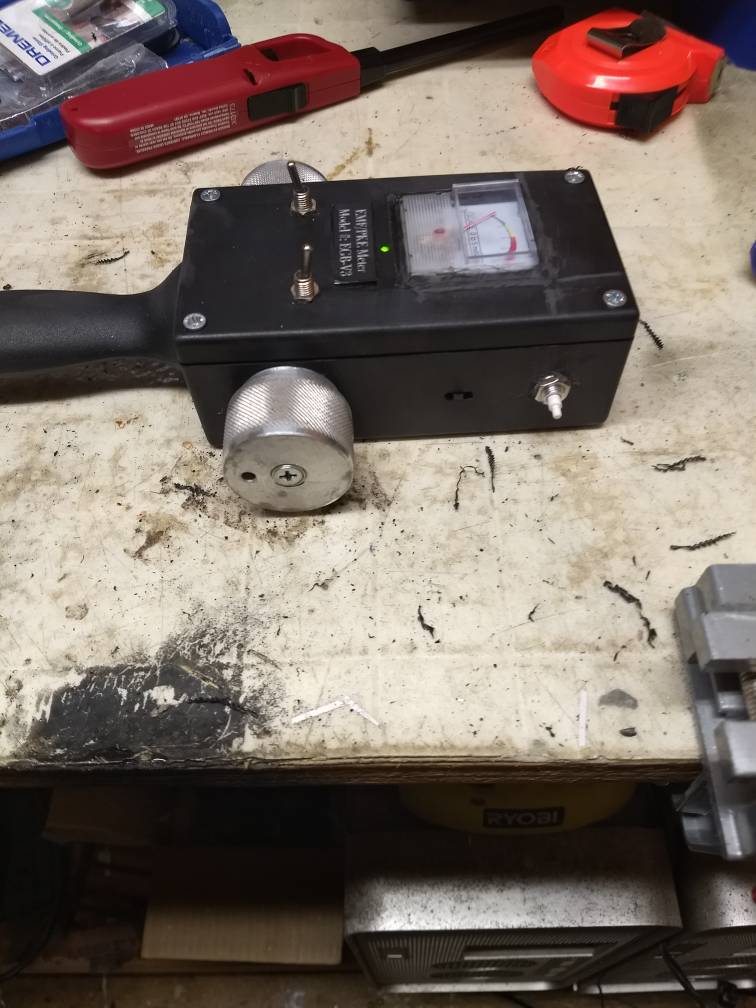 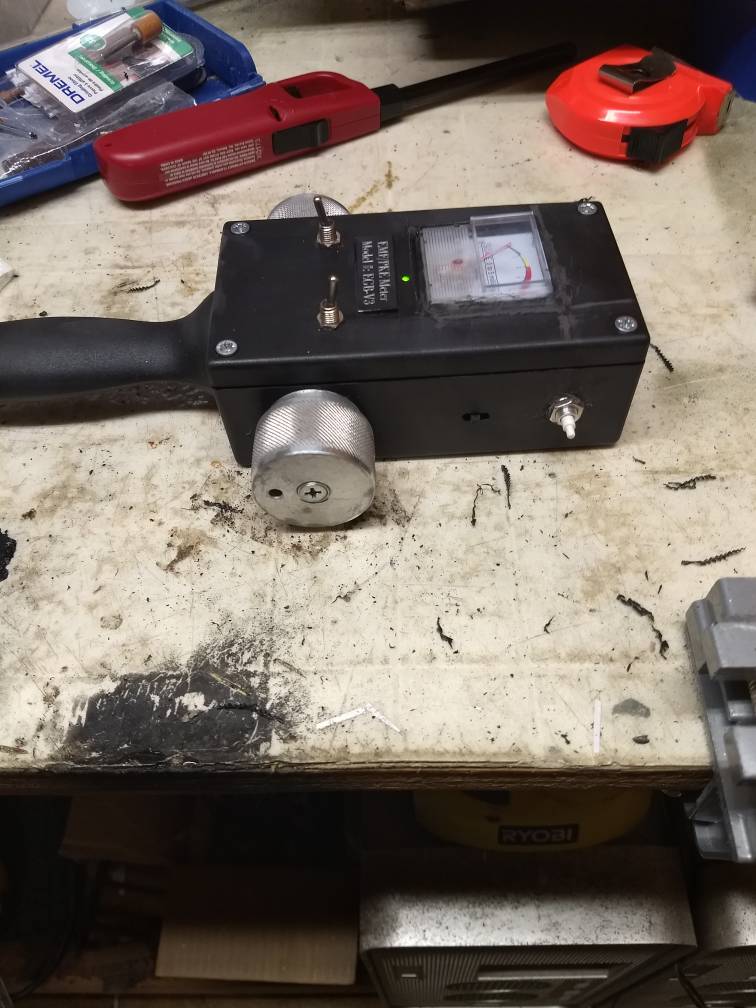 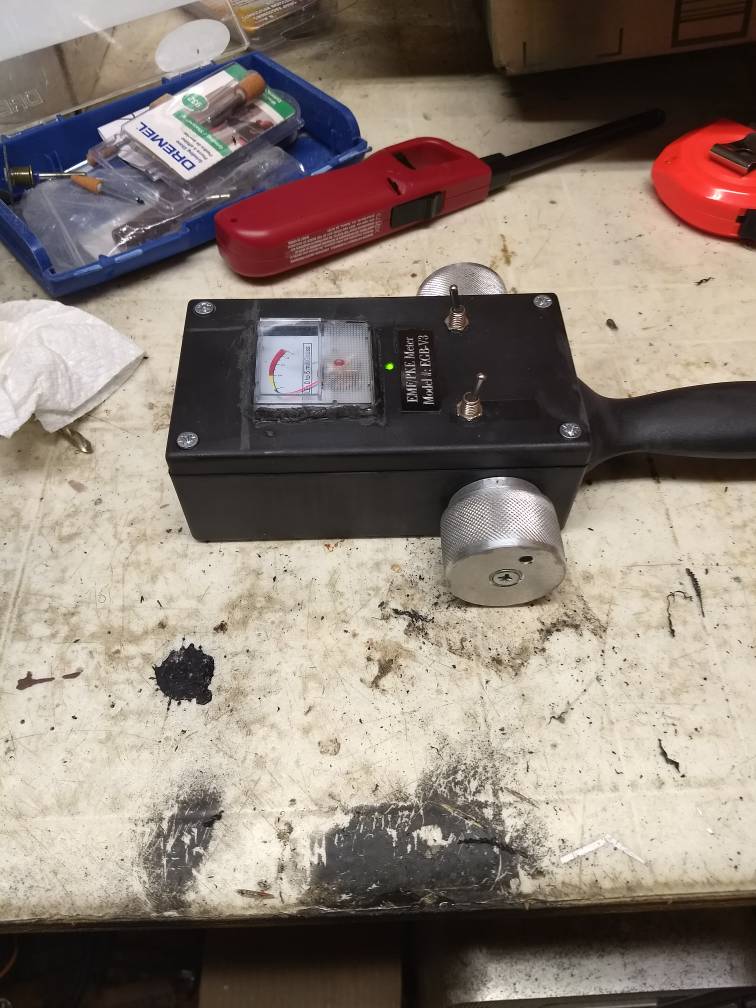 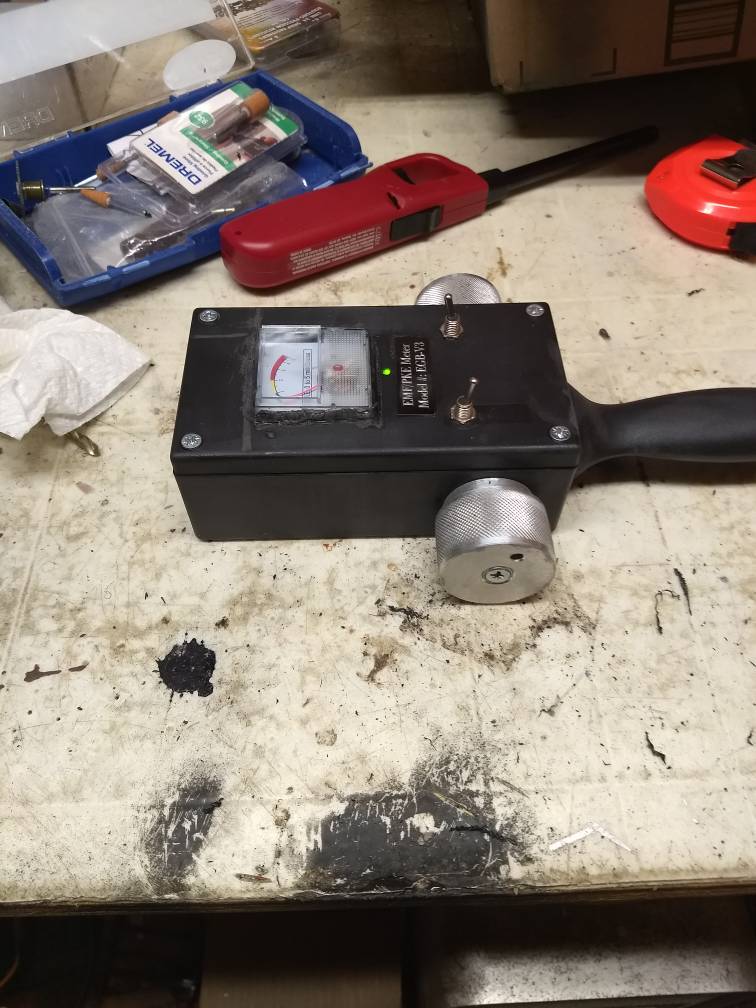 One of the major changes to the meter is the left top "antenna" is a bike light, it originally was going to be a duplicate of the right antenna that I made using a transparent pen tube and a red led that I soldered leads onto the positive and negative leads of the original LED on the EMF Meter and then held in place with a straw piece to keep the leads separated. I never could get the left antenna to reliably work, despite me resoldering all of the connections to the other led on the EMF board and even testing with a volt meter to ensure I had a good connection for all soldered spots, so I removed it and replaced it with the bike light.

the second major change from the in progress build pictures was that I found the black top for the momentary contact button and permanently attached it to the switch using a drop of super glue, and while I was troubleshooting the issues with the left antenna's LED I removed the switch I had been using to turn the meter on and replaced it with the toggle switch shown in the youtube video.

last but not least I used a sanding sponge to go over the surface of the project box, the "welded" seam around the sweep meter" and the bike light to help make the meter looked weathered and well used.

The EMF Meter still works, I used this meter at the free comic book day event my group attended this year and I found an area down in the section of the store (basement area) where they had the free comic books setup that had a lot of EMF due to it being near a poorly shielded fuse box. It was really cool seeing the meter's sweep dial pegged and the red LED flashing and the piezo buzzer continuously buzzing until I moved from that section.
North Georgia Ghostbusters
http://www.northgeorgiaghostbusters.com

Hey, nice job! I really like that it lights up an everything - way beyond my level of expertise.

Thanks, was one of my first attempts to do one. I gave it to one of my team mates to use a while back. I still need to sit down and work on building out my 3d printed pke meter just have not had the time or inclination to work on it.
North Georgia Ghostbusters
http://www.northgeorgiaghostbusters.com

Hey folks, I'm hoping someone can help me out. We[…]