Julie Bennett, the voice of Cynthia Crawford has passed away

Julie Bennett, the voice of Cynthia Crawford has passed away#4933278 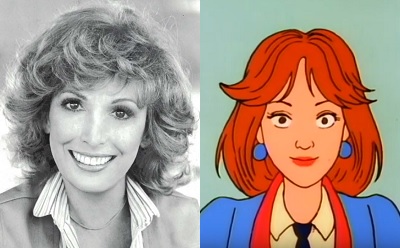 It is with great sadness that we report the passing of veteran actress Julie Bennett, who supplied the voice for UBN News reporter, Cynthia Crawford, one of the few secondary characters in The Real Ghostbusters to have more than a single appearance during it's 7-year run.

Julie Bennett initially appeared briefly in the 8th episode of the show's inaugural season: When Halloween Was Forever, and she returned for another fan-favourite, episode 11's Citizen Ghost, where both Bennett and Crawford enjoyed an expanded appearance which helped to bookend the story.

Bennett passed away at the age of 88 following complications related to Covid-19. Julie also had noted appearance in The Yogi Bear Show as Cindy Bear, The Amazing Spider-Man as Aunt May, and, amusingly, in 1988's Ghostbusters parody, Daffy Duck's Quackbusters.
Feeling overwhelmed by the Covid-19 pandemic? Please visit The Support Thread.

Re: Julie Bennett, the voice of Cynthia Crawford has passed away#4933445

By Peter Venkman Jr. -  April 7th, 2020, 10:13 am
-  April 7th, 2020, 10:13 am#4933445
I was really saddened to hear this, I had just watched Citizen Ghost on DVD the weekend before hand.
Cynthia Crawford was a great supporting character in the two episodes she appeared in, like Lt. Frump she really added quite a bit to the stories. RIP, Julie Bennett.
Kingpin liked this