My first scratch-built pack took way too much time and effort to build and I’m not doing that again. I tried to 3D print a pack but then I think my print bed got bent so the printer is kaput.

Now I’m on to a shell build. Those of you who saw my scratch build back in the day know that I used a MOLLE frame and I’m going to do that again. It’ll take a bit of extra work but I can make it happen. I’m also going to do bits and pieces from the different movies instead of doing a one-movie specific look. For example, I’m going to use a GB1 ribbon cable with a black crank knob. If I’m not portraying one of the movie characters, why does my pack have to be an exact duplicate of their packs?

In any case, this is going to be a slow process. I don’t even have all of my parts yet and I don’t have any deadline. When I did my scratch build, I was working on it up until the night before the convention it was for. I’m not going to do that again. I’m simply going to finish it when it’s done and whatever convention comes after it will be its debut. In any case, I’m probably going to skip any conventions next year out of precaution unless a viable COVID vaccine gets released before then.

Step one today was attaching the brackets to the motherboard. I learned the hard way that manual riveting is really hard. Did it turn out perfectly? No. Is anyone going to notice that it’s imperfect, especially the first two rivets at the bottom left that I placed totally incorrectly, once the pack is built? Also no. 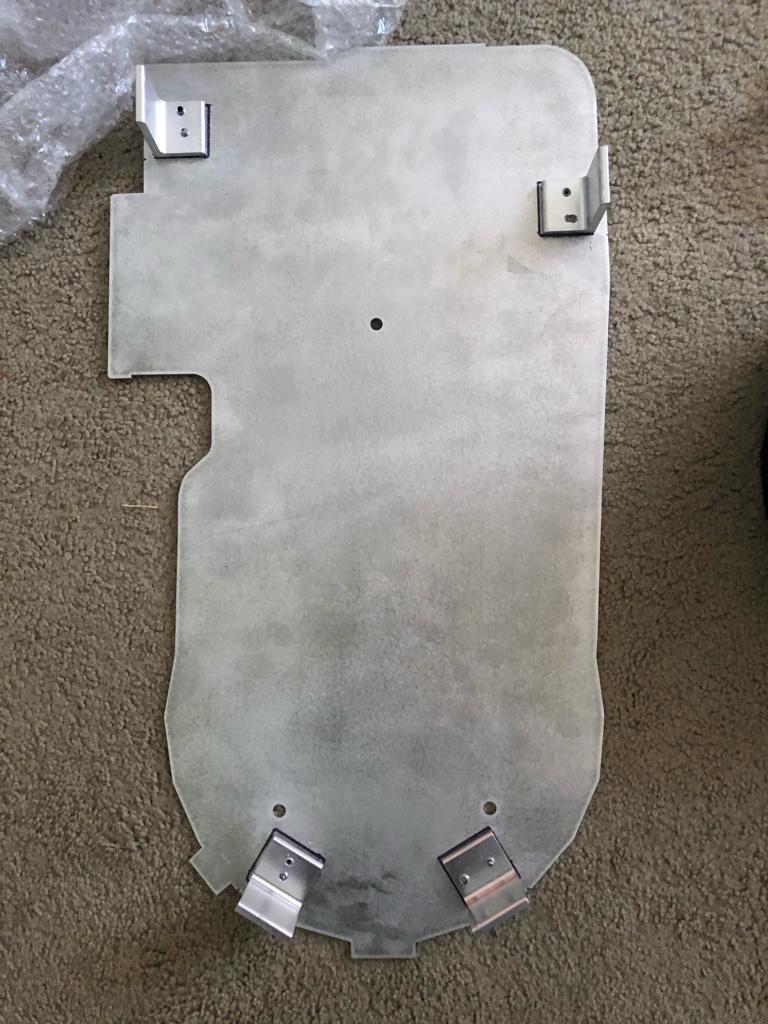 Last edited by TheKevinShow on May 26th, 2020, 4:42 pm, edited 1 time in total.
jpetrutis81, DanielVankman, RedSpecial liked this
In which TheKevinShow begins 3D printing a pack 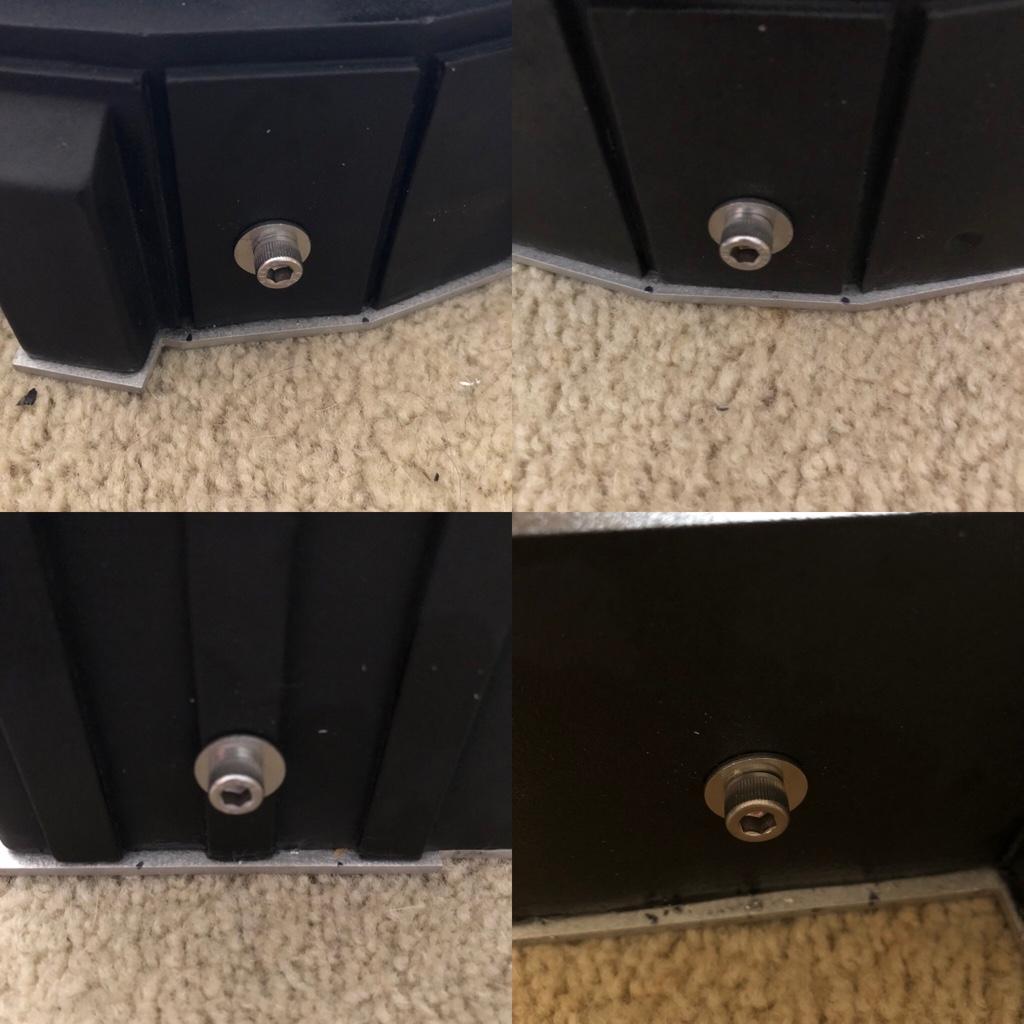 I just placed my latest order for parts from the site. Lots of metal parts will soon be on their way to be attached to the shell.
Kingpin liked this
In which TheKevinShow begins 3D printing a pack

By TheKevinShow -  June 20th, 2020, 9:46 pm
-  June 20th, 2020, 9:46 pm#4936085
I was planning to have a big update tomorrow since my latest order was scheduled to arrive today but the last update I got, almost 13 hours ago, was that the package had arrived in San Diego. I’ve heard nothing from USPS since. Damn you, COVID. Oh well, c’est la vie. The update will have to come later in the week.
In which TheKevinShow begins 3D printing a pack 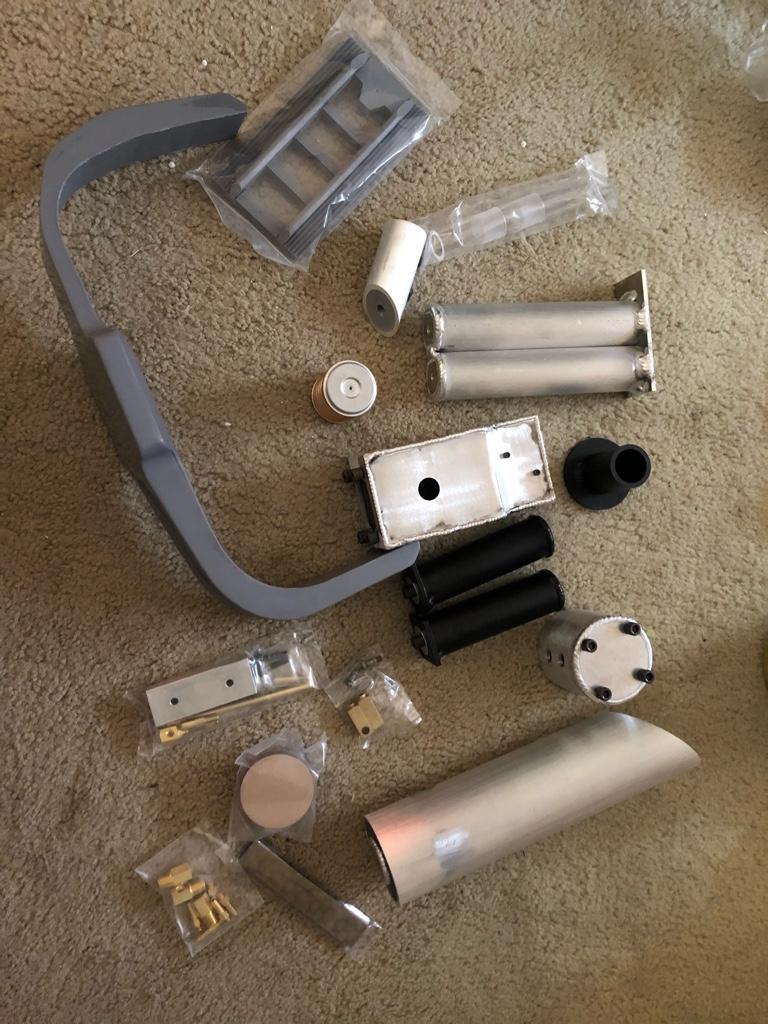 Corey91, RedSpecial liked this
In which TheKevinShow begins 3D printing a pack

Also, I noticed you said you were in San Diego. Me too! San Carlos near the base of Cowles Mtn. I love this town!

kind2311 wrote:Looking great so far. Glad my tutorial could help you. Where are you getting your metal parts? The store?

Also, I noticed you said you were in San Diego. Me too! San Carlos near the base of Cowles Mtn. I love this city.

Yeah, all of those parts were directly from the store.

Oceanside here.
In which TheKevinShow begins 3D printing a pack

By TheKevinShow -  June 26th, 2020, 5:54 pm
-  June 26th, 2020, 5:54 pm#4936341
I added the HGA, PPD, vacuum tube and ion arm today. The HGA and vacuum tube were easy enough. However, the dimples on the shell for the PPD didn’t match up with the screw holes on the PPD itself so I had to drill one of the holes laterally to make it work. Also, there are no dimples for the four ion arm screws so I had to do that myself. Sure enough, tracing the holes onto a piece of paper and drilling based on the dots on the paper wasn’t 100% accurate, so I had to drill the holes wider to allow the screws to go in all the way. However, in the end, all four are in place. 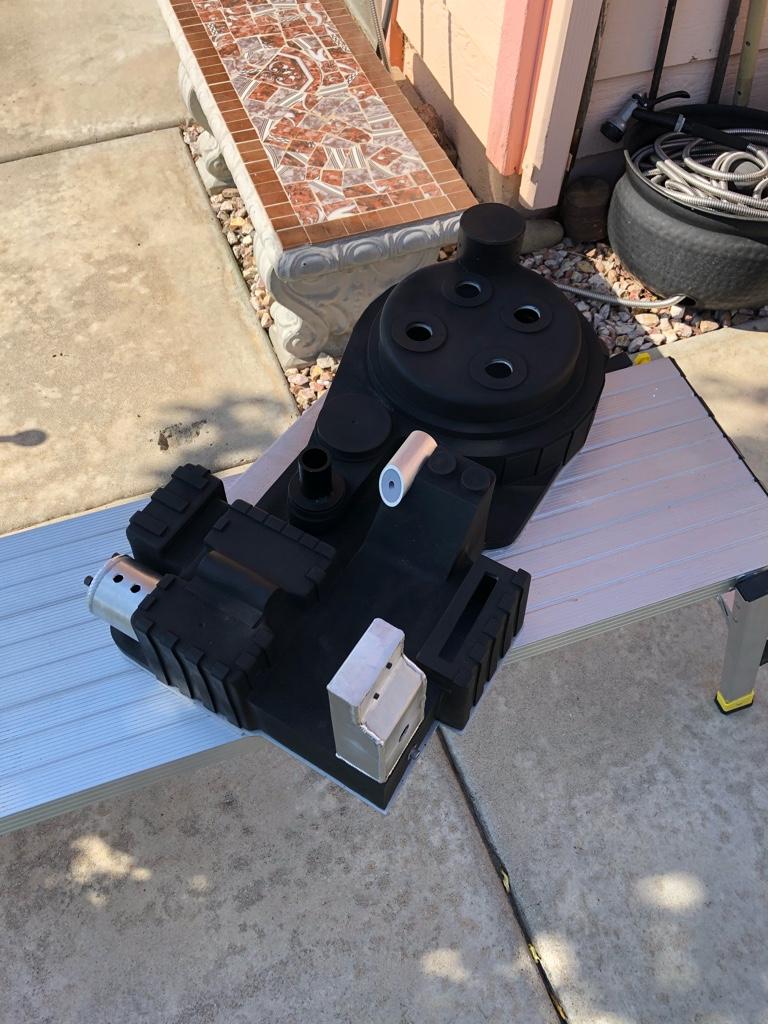 JWils23, kind2311 liked this
In which TheKevinShow begins 3D printing a pack

By JWils23 -  June 26th, 2020, 6:06 pm
-  June 26th, 2020, 6:06 pm#4936342
I took all of my parts and used my printer to make copies of the bottom of them. Then cut them out very carefully and placed them on the shell and used that as a template to drill holes. It worked really well for me, especially on the ion arm. I only had to make very minor adjustments on two of the holes I drilled for my pack using that system. Just make sure to invert them correctly when you tape the template to the shell for things like the injector tubes!
kind2311 liked this
Someone blows their nose and you want to keep it?

SpiderFan2k3 wrote:What method did you use to get your bracket placement on your MB? And did you use a standard 1/4 washer with the socket head cap screws?

I eyeballed the bracket placement, then put the shell on top to make sure that they were far enough in. I then drew an outline around the bottom of each bracket and riveted them on. Then I put the shell back on and drilled/tapped the holes. I used stainless steel 1/4” washers with the screws.
In which TheKevinShow begins 3D printing a pack 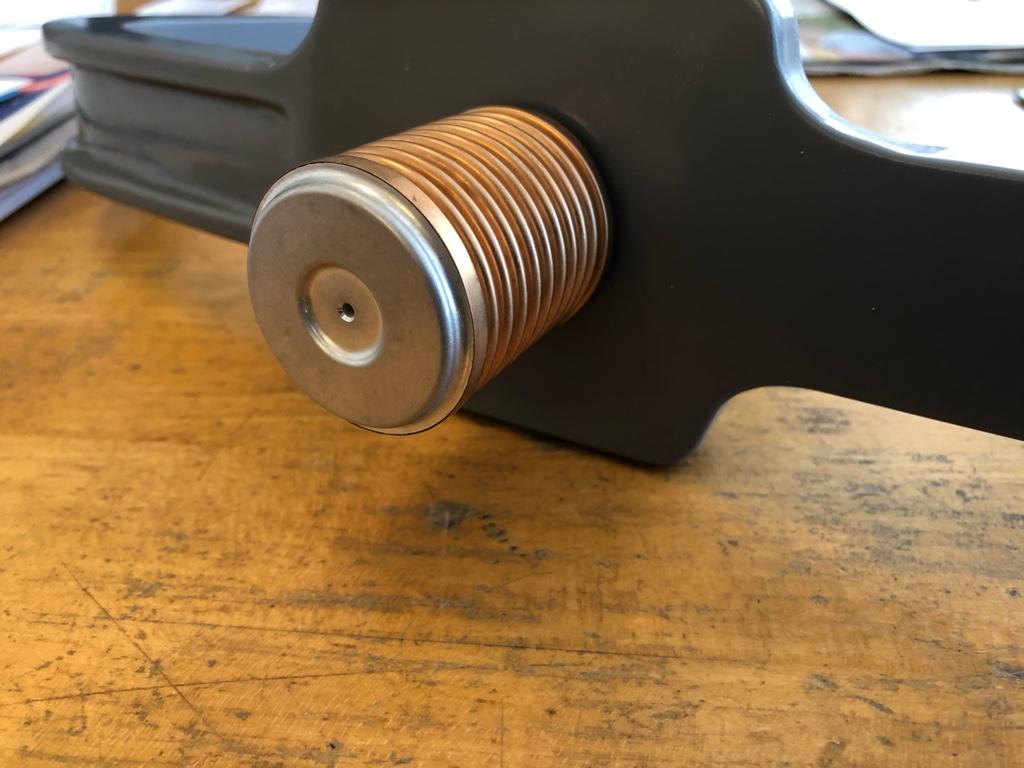 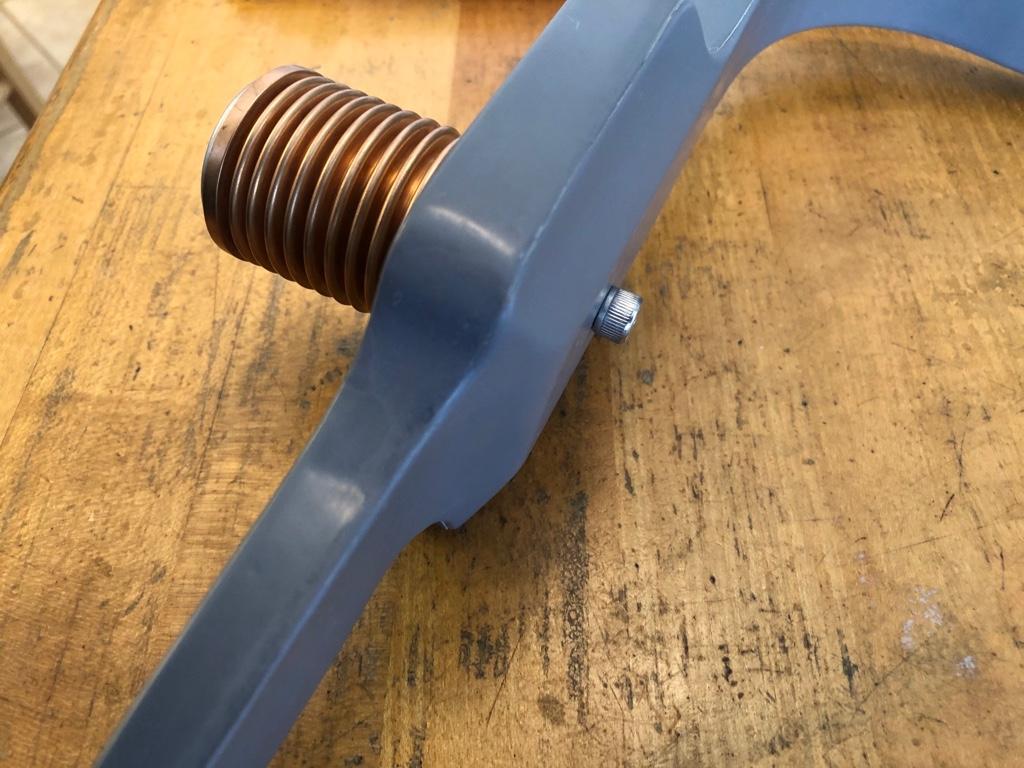 Housework is taking priority while I’m on vacation but that doesn’t mean that I can’t do any pack work. I can do little things here and there.
In which TheKevinShow begins 3D printing a pack 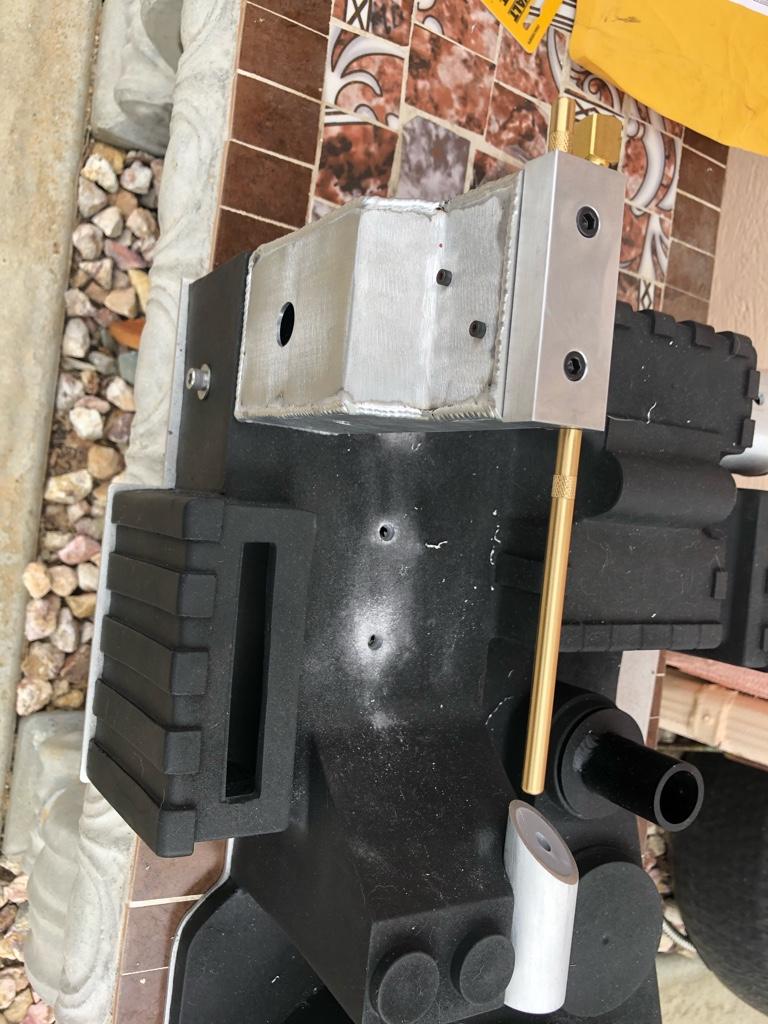 Progressing slowly but surely. I added my ion arm end cap today. It’s slightly nisaligned but I won’t lose any sleep over it.
RedSpecial, kind2311 liked this
In which TheKevinShow begins 3D printing a pack

Probably like the cartoon pack. Maybe not with the[…]