What are the odds some ingenuous & resourceful fan will produced metal antennae swapout kits for the Hasbro Ecto?

Mine was cancelled too. I checked the inventory of my local Wal-Mart on the website and saw some were in stock so I just went in and grabbed one. They had a ton of RGB figures sitting on the pegs too. So beautiful to see!

Mine was cancelled too. I checked the inventory of my local Wal-Mart on the website and saw some were in stock so I just went in and grabbed one. They had a ton of RGB figures sitting on the pegs too. So beautiful to see!

They must have just gotten a restock, because my Walmart was full of RGB figures. No StayPuft or Green Ghost though.

I am curious, if they continued the RGB line with future figure re-releases (which I think is unlikely), which ones would you want to see? For me, I would love for them to re-release the "Monsters" line. As a fan of the Universal Horror movies, I would pick those up in a New York minute.

By moviemaker29 -  January 21st, 2021, 1:19 pm
-  January 21st, 2021, 1:19 pm#4944719
I just picked up the Hasbro Plasma Series Ecto-1 today in store at Target and I have to say I am not at all disappointed with how it turned out! I'll say upfront that it is not anywhere near the build quality of the Hot Wheels Elite Ecto-1, but it makes a very nice companion piece to that one. I love the rusted, worn, Afterlife look of this one sitting next to the clean Hot Wheels version.

It terms of scale, they are pretty much perfectly in 1:18 scale with one another and side-by-side, they look excellent as a visual evolution of the vehicle's appearance. (I SO regret not getting the Elite Ecto-1A when I had the chance)

The biggest difference is just the materials used. The Hot Wheels one is obviously metal and made of a lot more separate parts that had to be assembled in production. They used metal or chromed plastic everywhere that made sense on that one. The Hasbro one is built in as much of a "single piece" molded construction as possible, but the details are still very good. The lack of any metal parts or chromed pieces isn't much of downside to it as it just makes the car look more weathered and worn out. In terms of tangibility, yes it feels much cheaper and lighter, but for the price point it's not a rip off nor a bargain.

Overall, I love it and it'll be a great display piece. I would love to see Hot Wheels do an Elite series Afterlife version but who knows if the licensing will allow that since Hasbro has their own version now. If this is the only one offered, I don't think people will be too disappointed and will be glad to have it.

Here are some comparison pics: 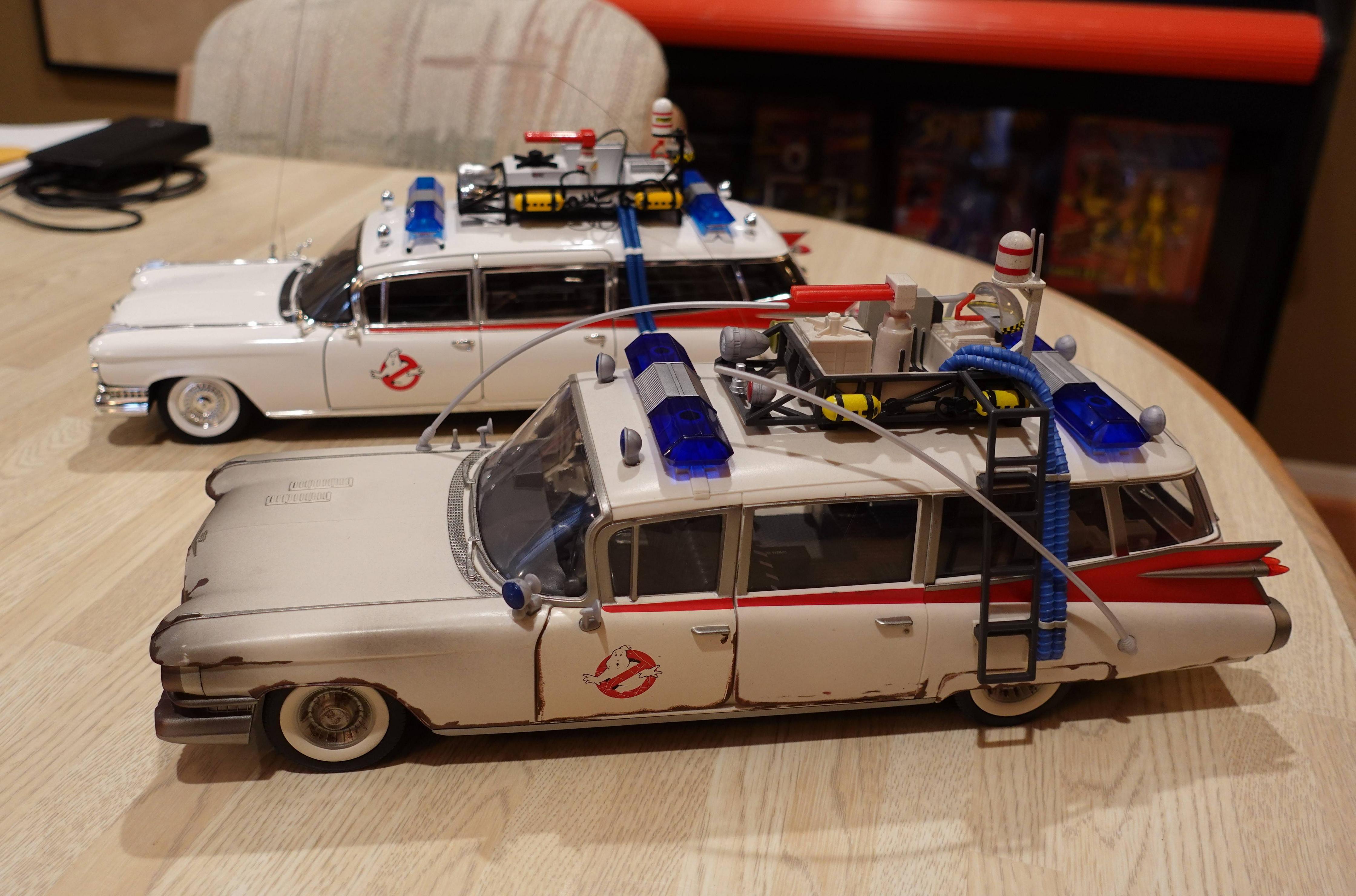 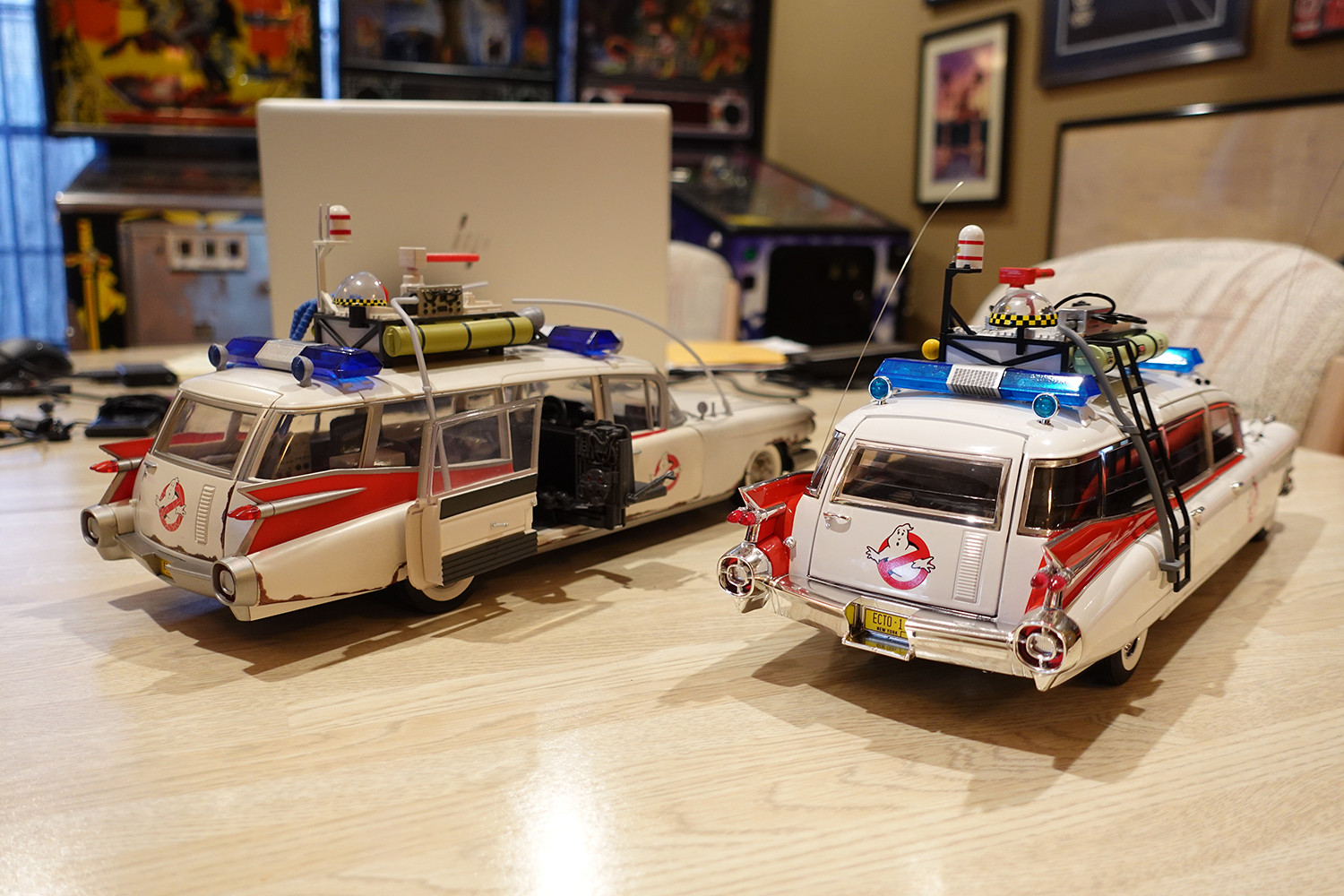 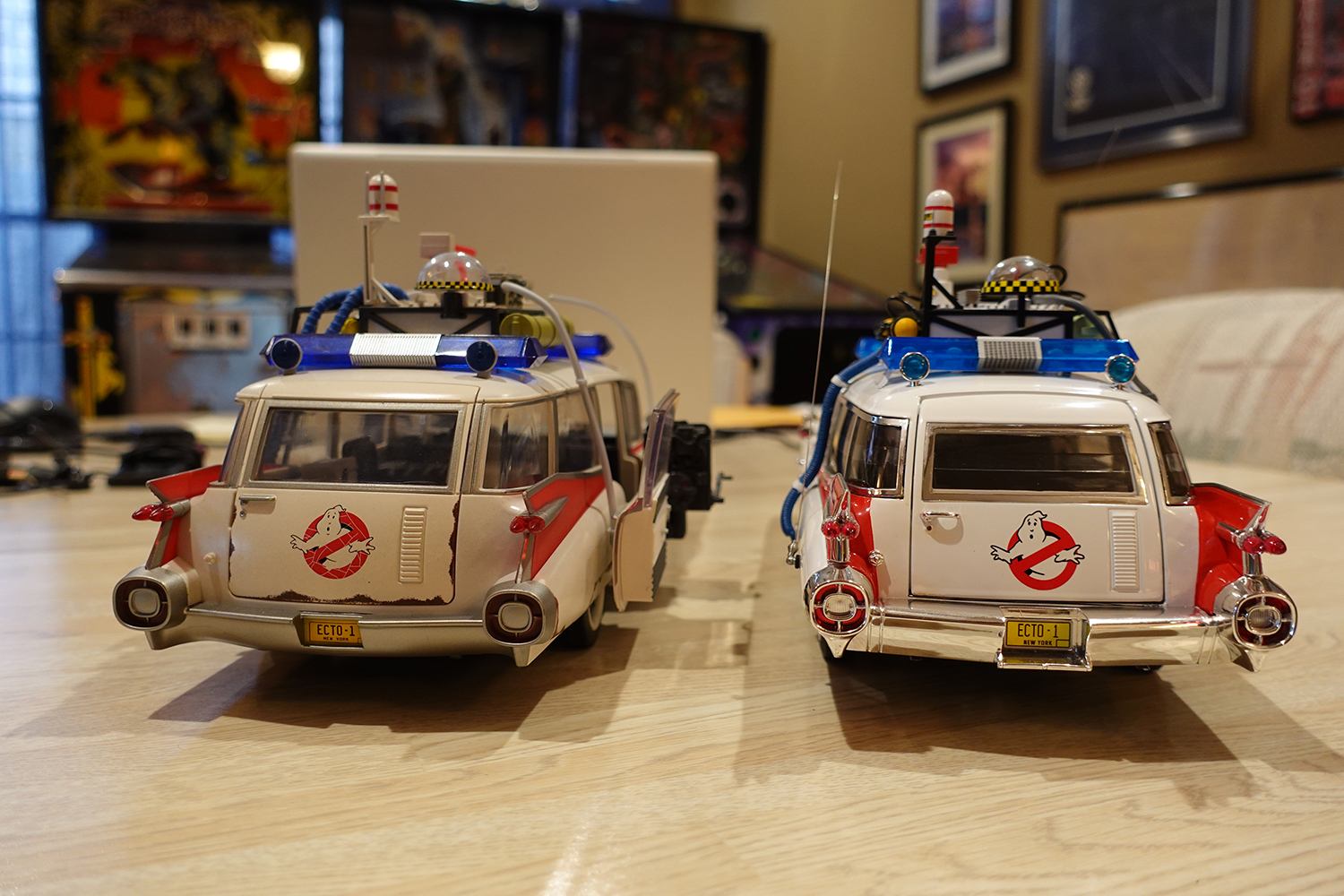 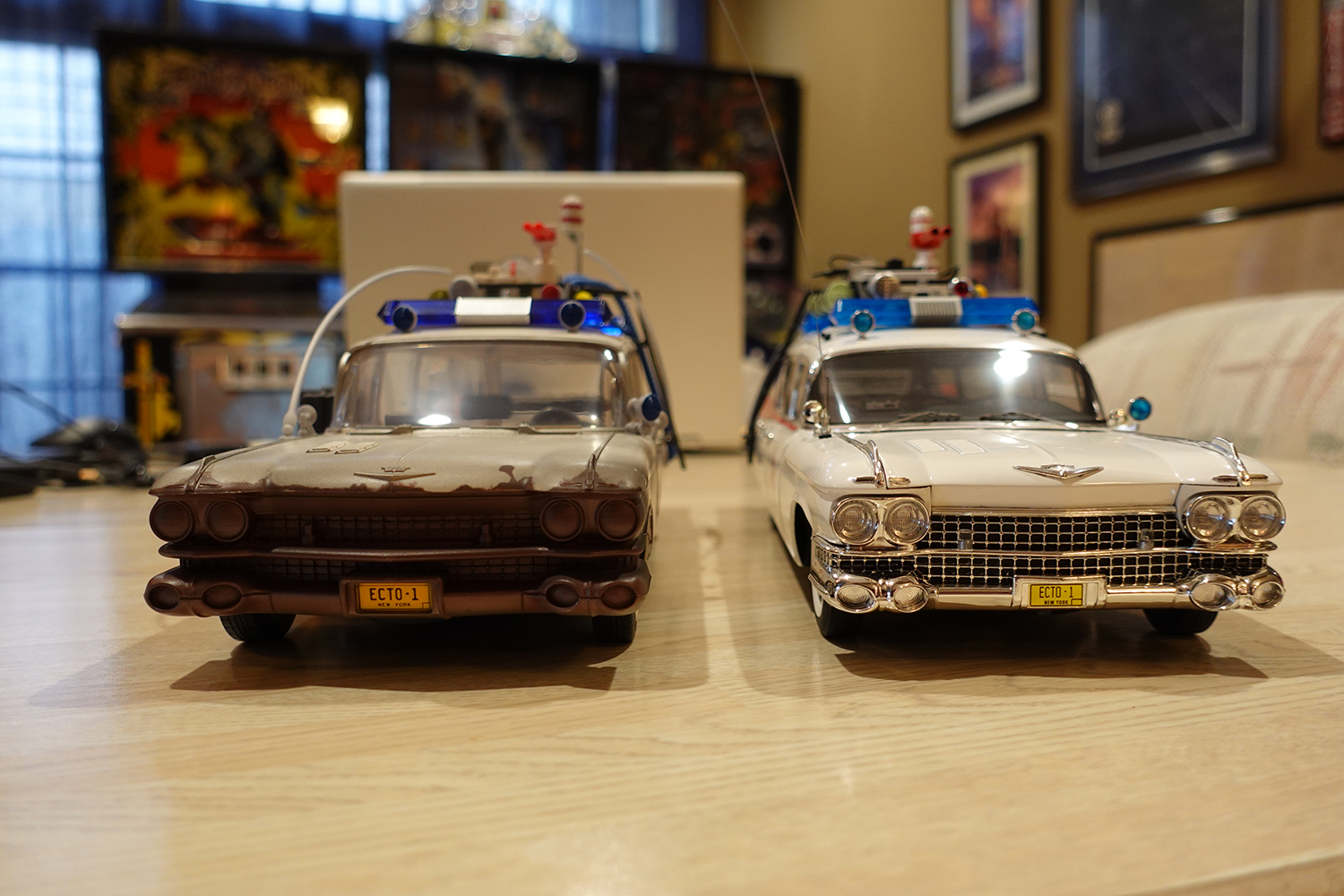 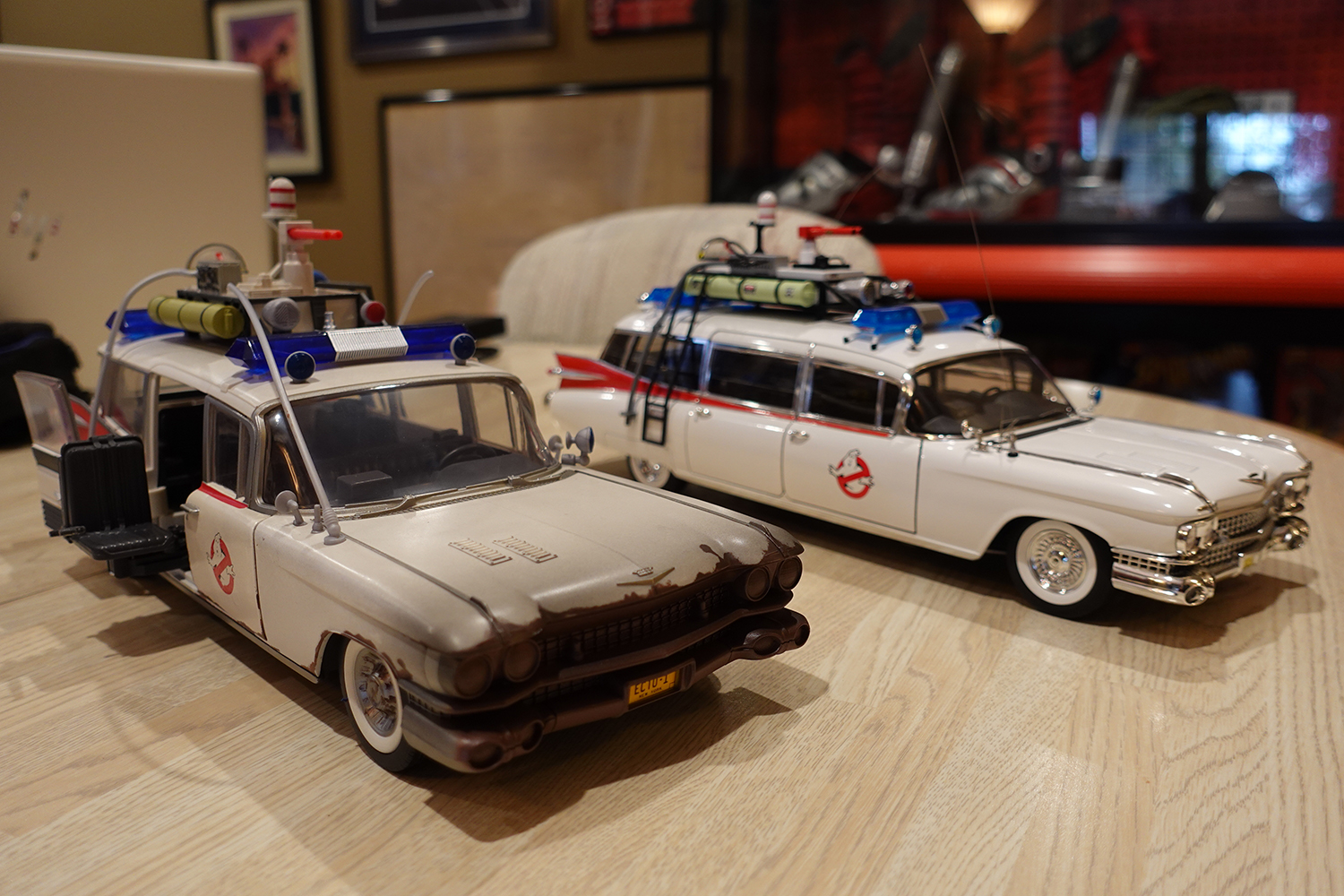 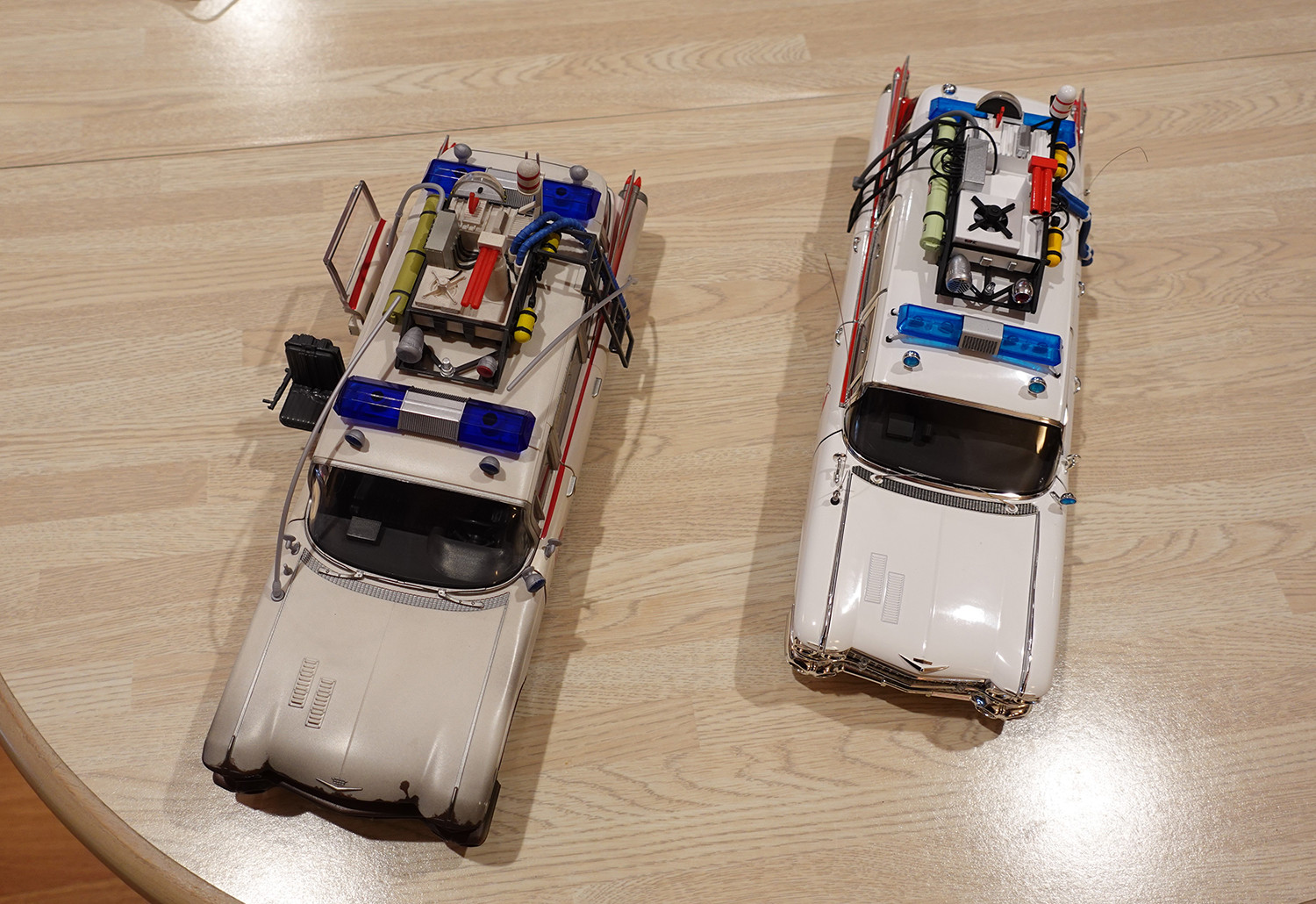 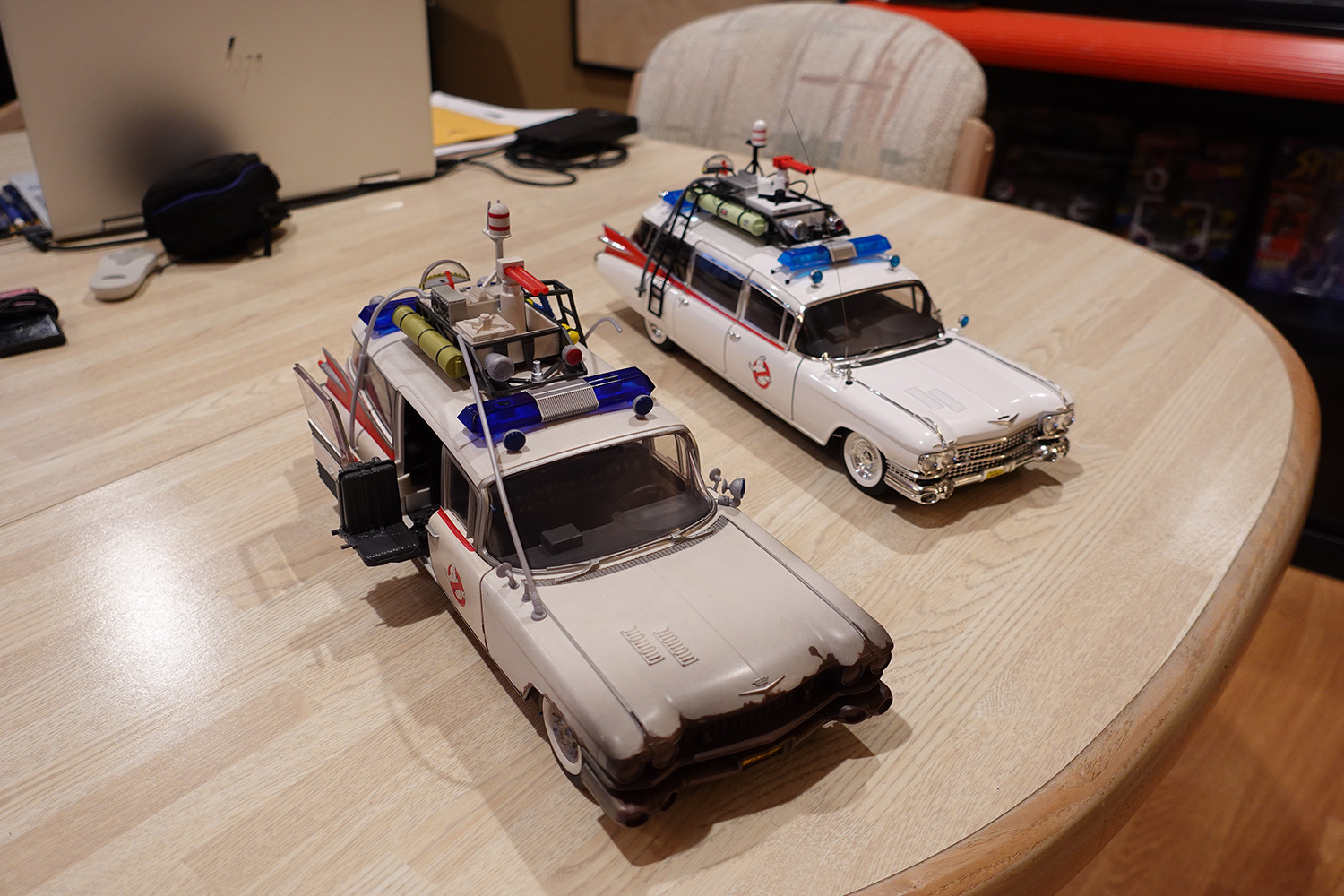 Ecto-1 fan, Chicken, He Clucked and 2 others liked this

metallijosh wrote: ↑January 24th, 2021, 8:45 pm I used a silver Sharpie to add the headlights and foglights as well as the gas cap on my plasma ecto. It looks a lot better.

Ooh pics?
"Ok. opening at number 2, to sub 50 million, next to the 2nd weekend of an animated kids movie, is NEGATIVE. Let me just clear that up right now. There is no middle ground on this. Studios DO NOT spend 100 million in marketing money to open at number 2. No sir. No. No. No. No." - Richardless 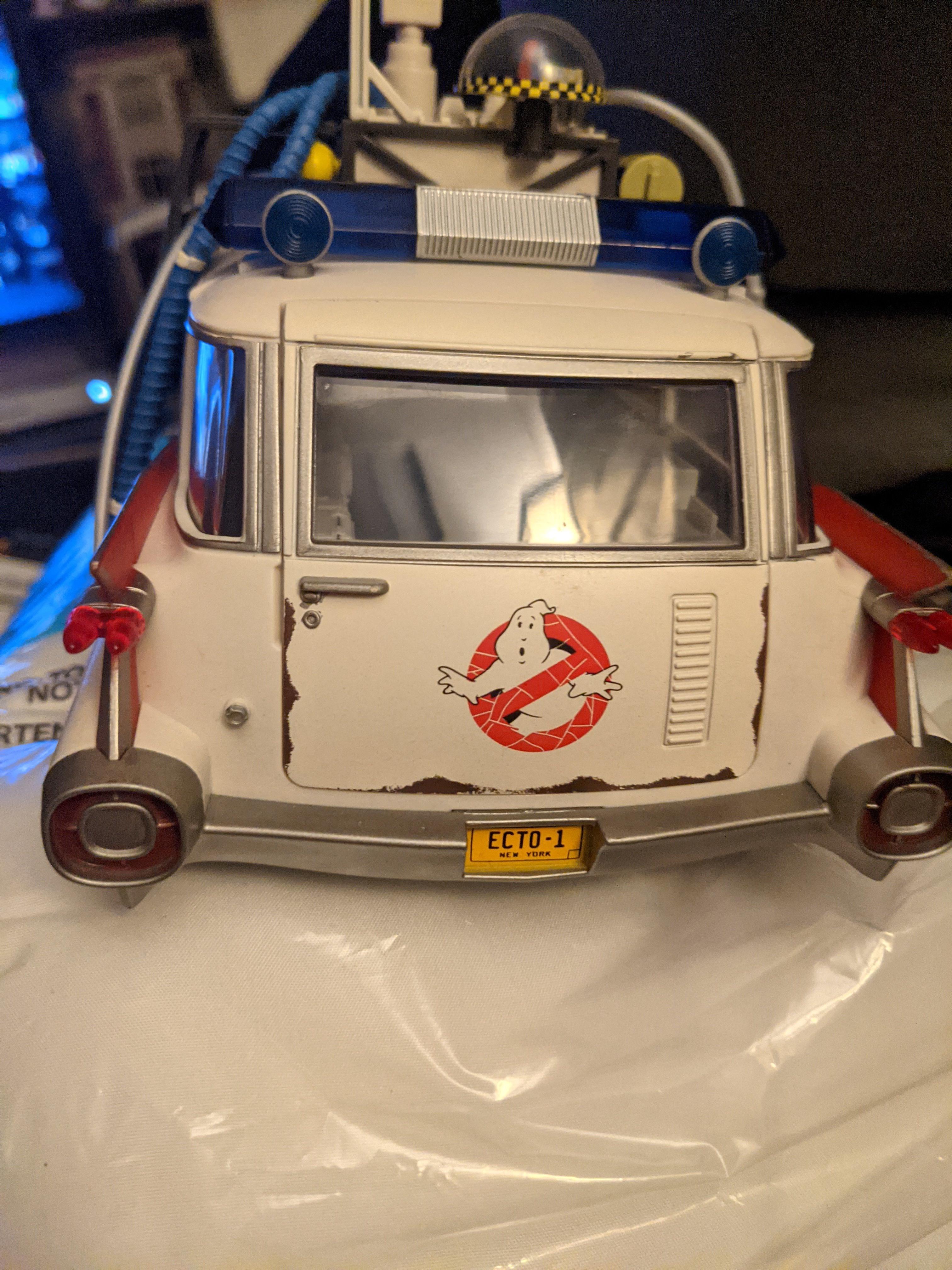 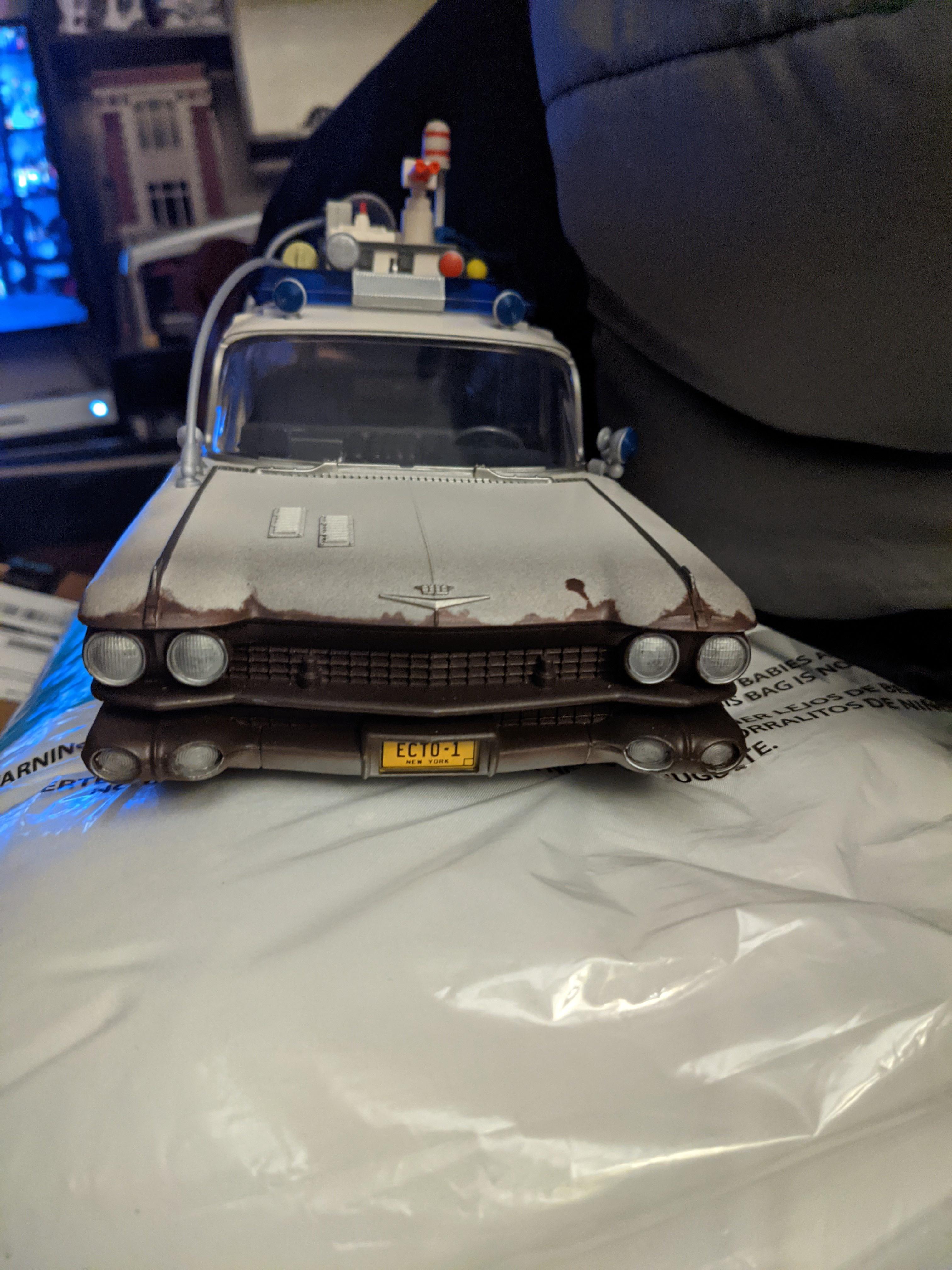 Great thing is, since it's supposed to be weathered the headlights don't have to be perfect!
deadderek, Kingpin liked this

But the release date came and went and my order is still sat there, meanwhile they've removed the Ecto from their website as "sold out"... which isn't reassuring.

The wand was freely available for a while so I'm surprised - either the release is delayed over here or there was more demand / less Ectos?
deadderek liked this 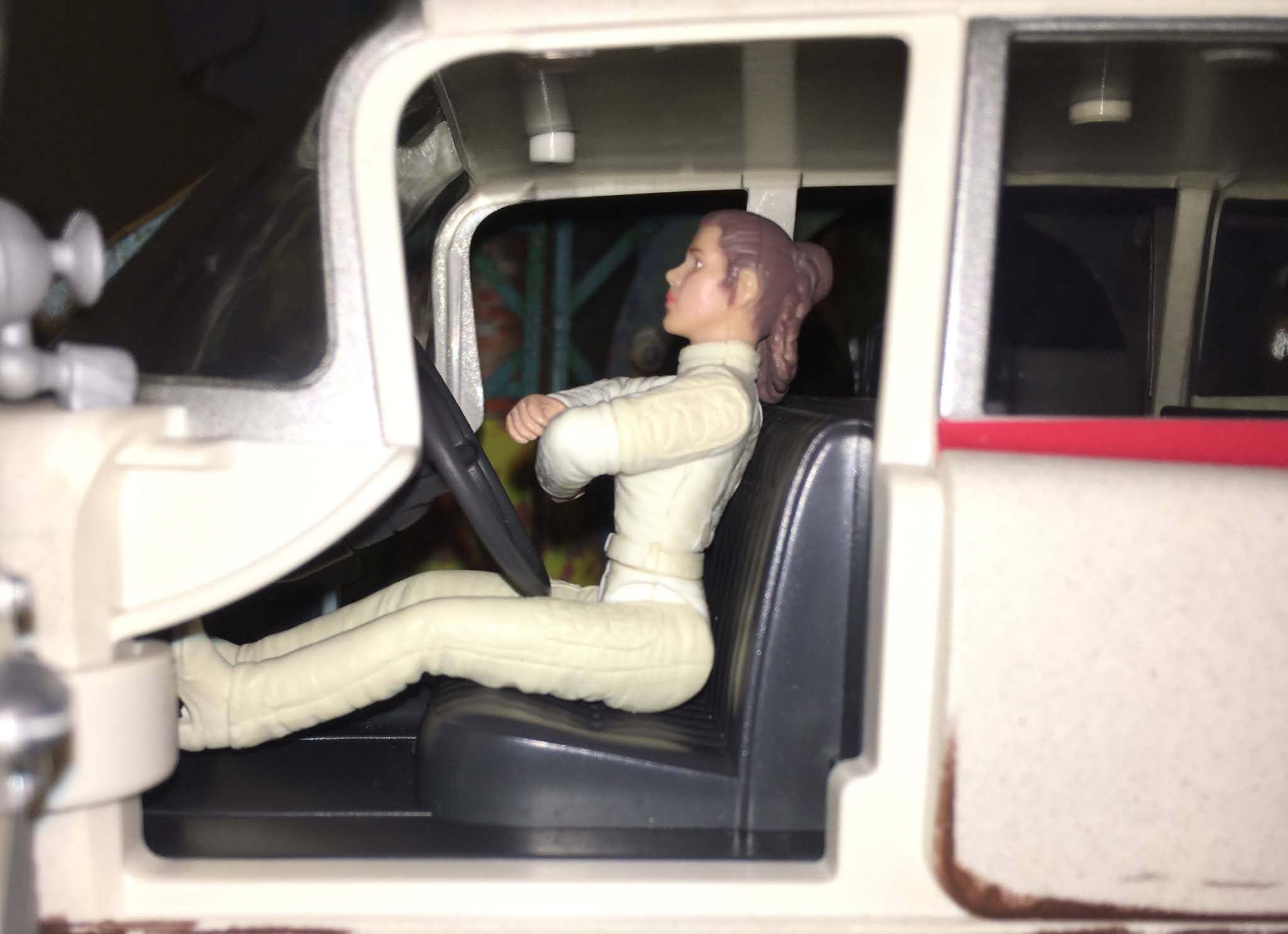 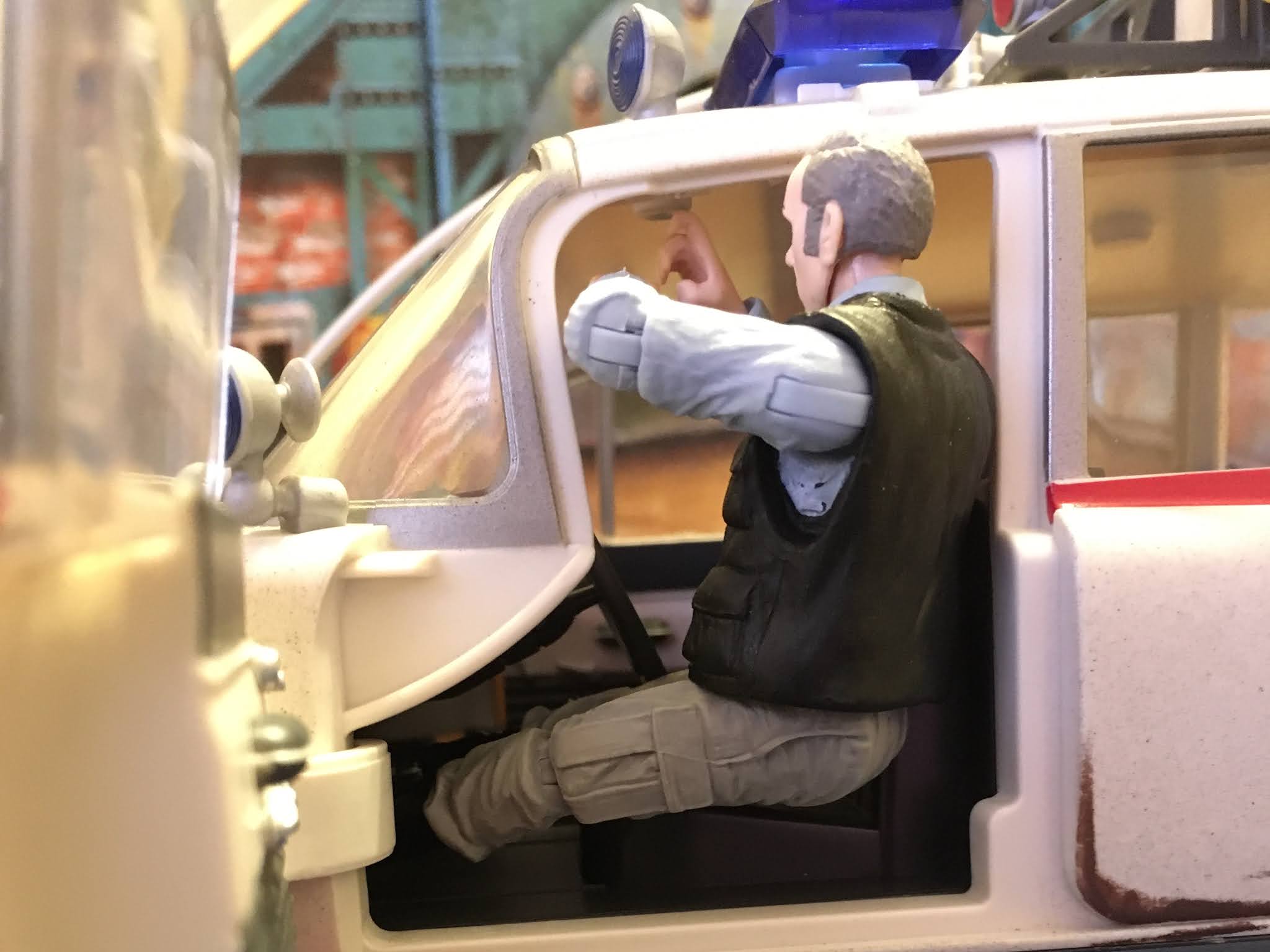 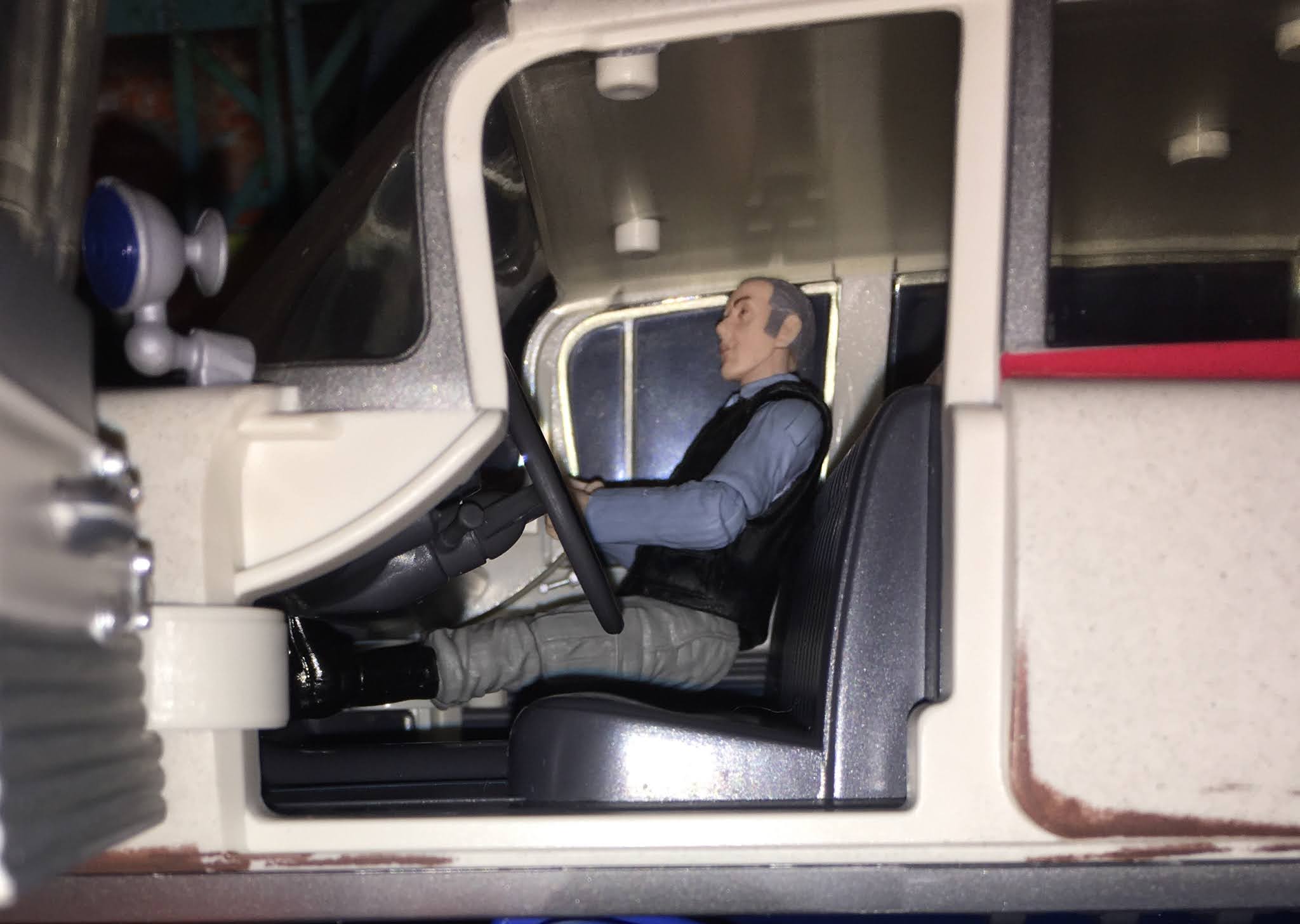 By Broccoli -  February 16th, 2021, 10:23 pm
-  February 16th, 2021, 10:23 pm#4945999
I'm betting that Wave 2 was suppose to cover Afterlife. I have a gut feeling that if Afterlife is delayed again, Hasbro will release what would have been a future wave as Wave 2 that could cover either more characters from GB1 or a GB2 wave. I'm sure they want to keep that momentum going, especially during the holidays.
deadderek liked this 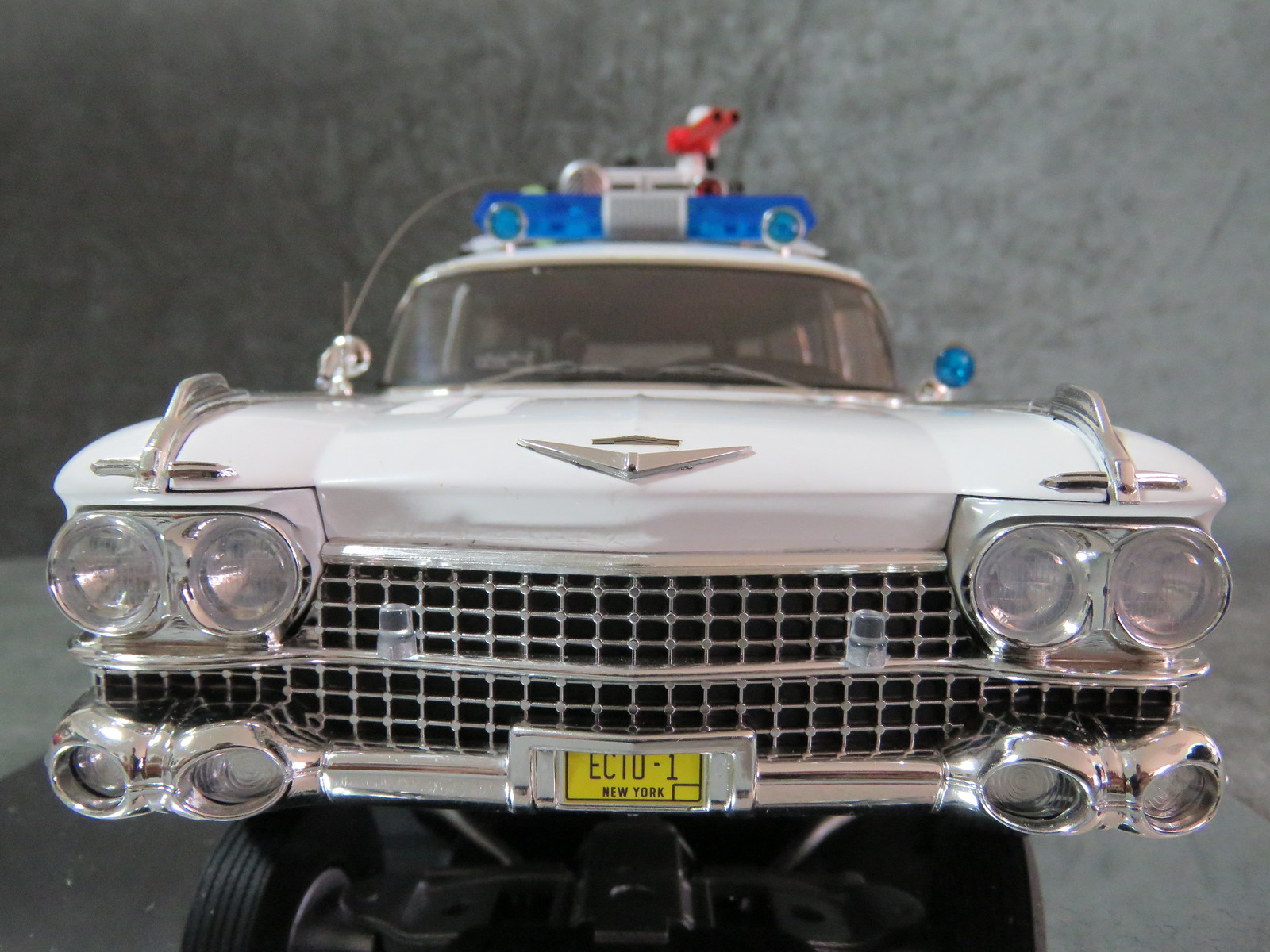 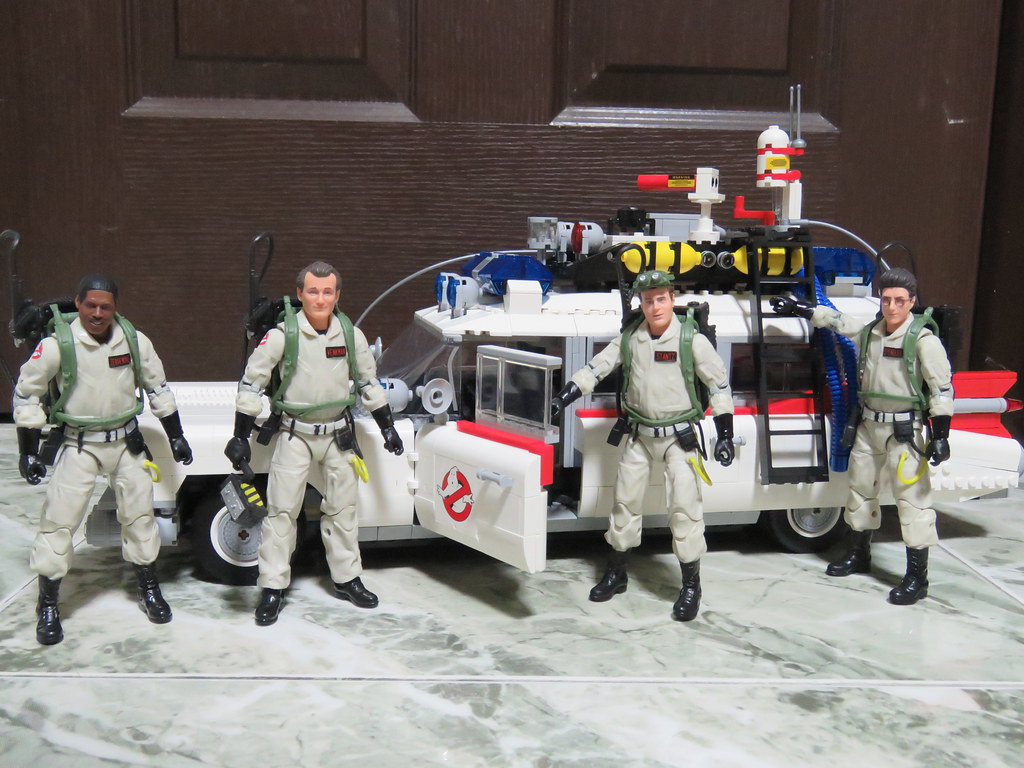 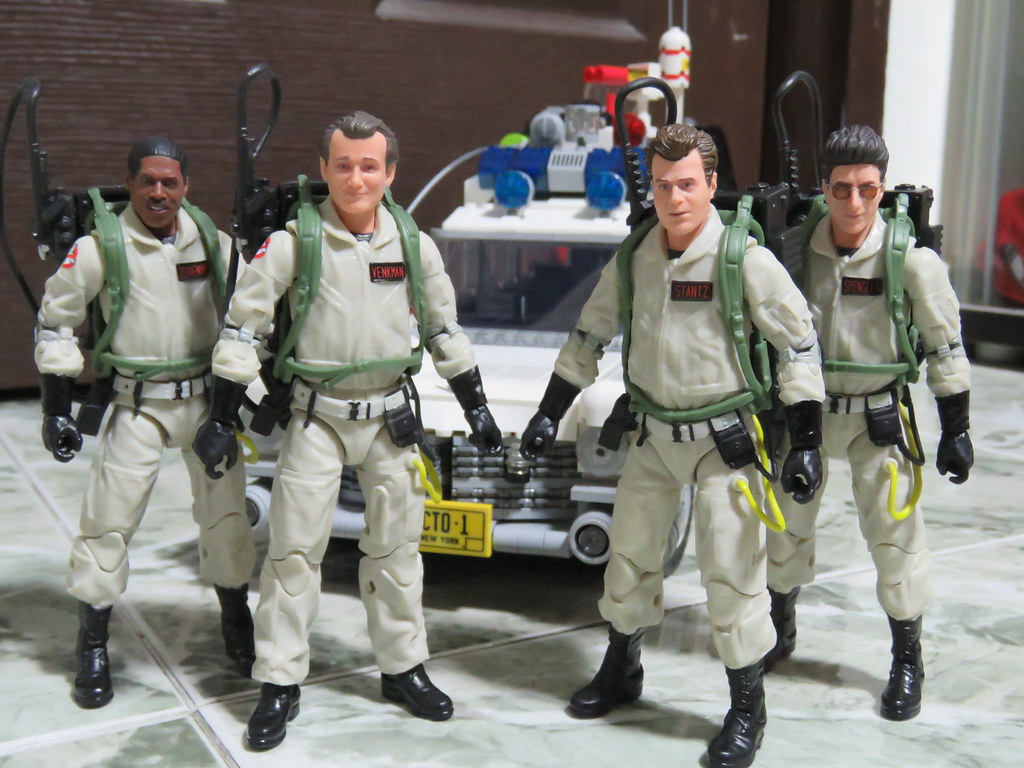 0% chance of Afterlife being moved to June. S[…]

It's very hope inspiring to see how many Ghosthead[…]