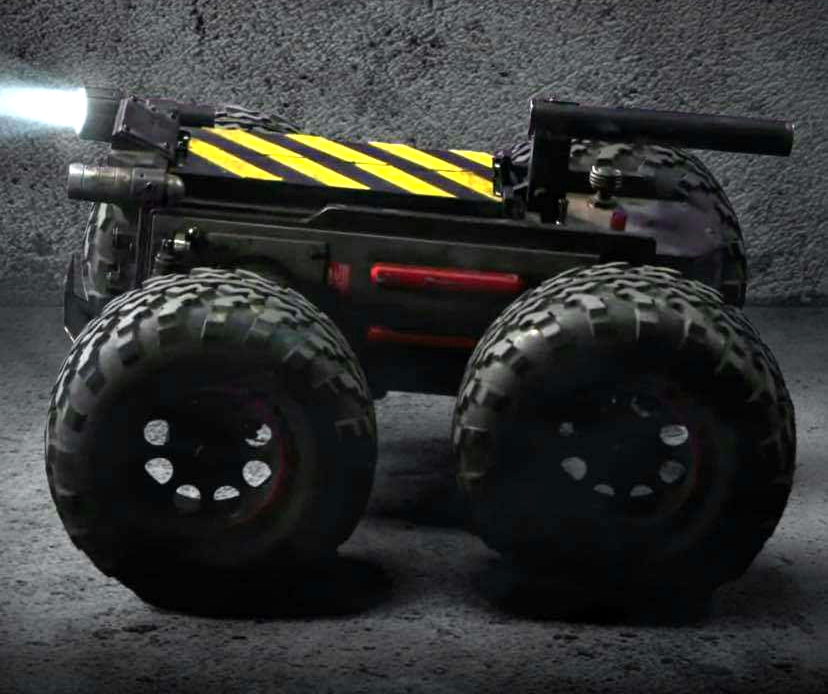 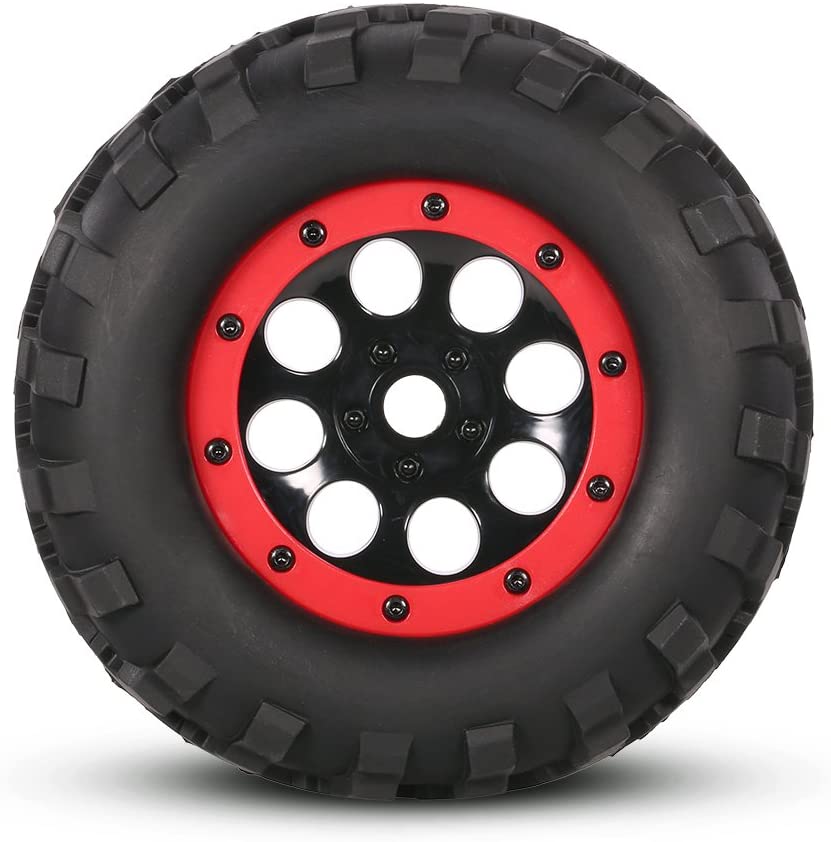 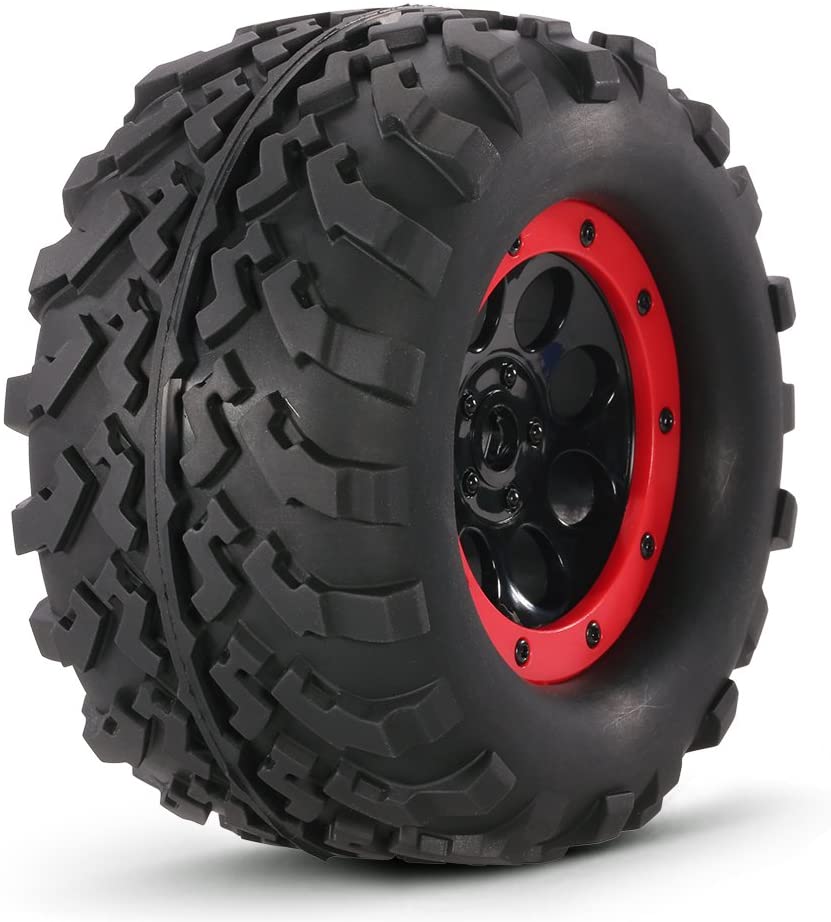 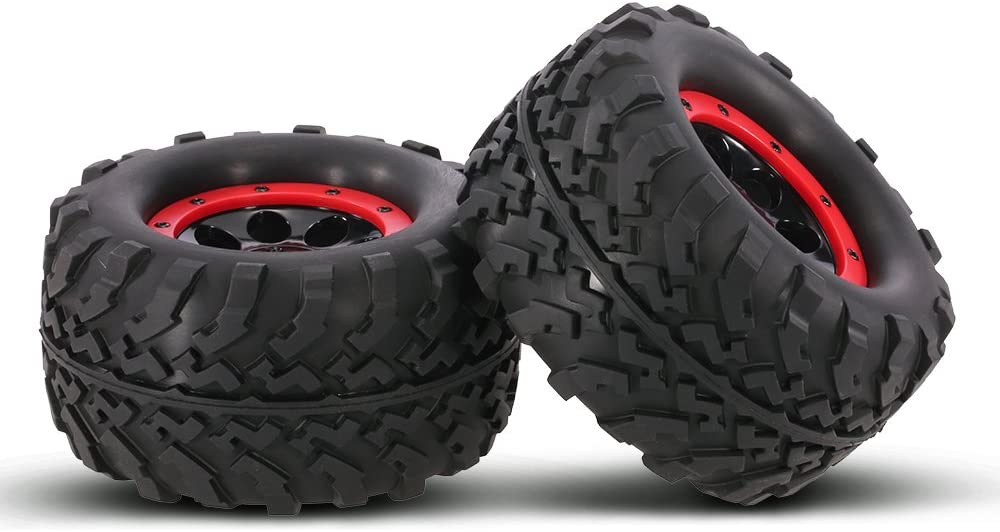 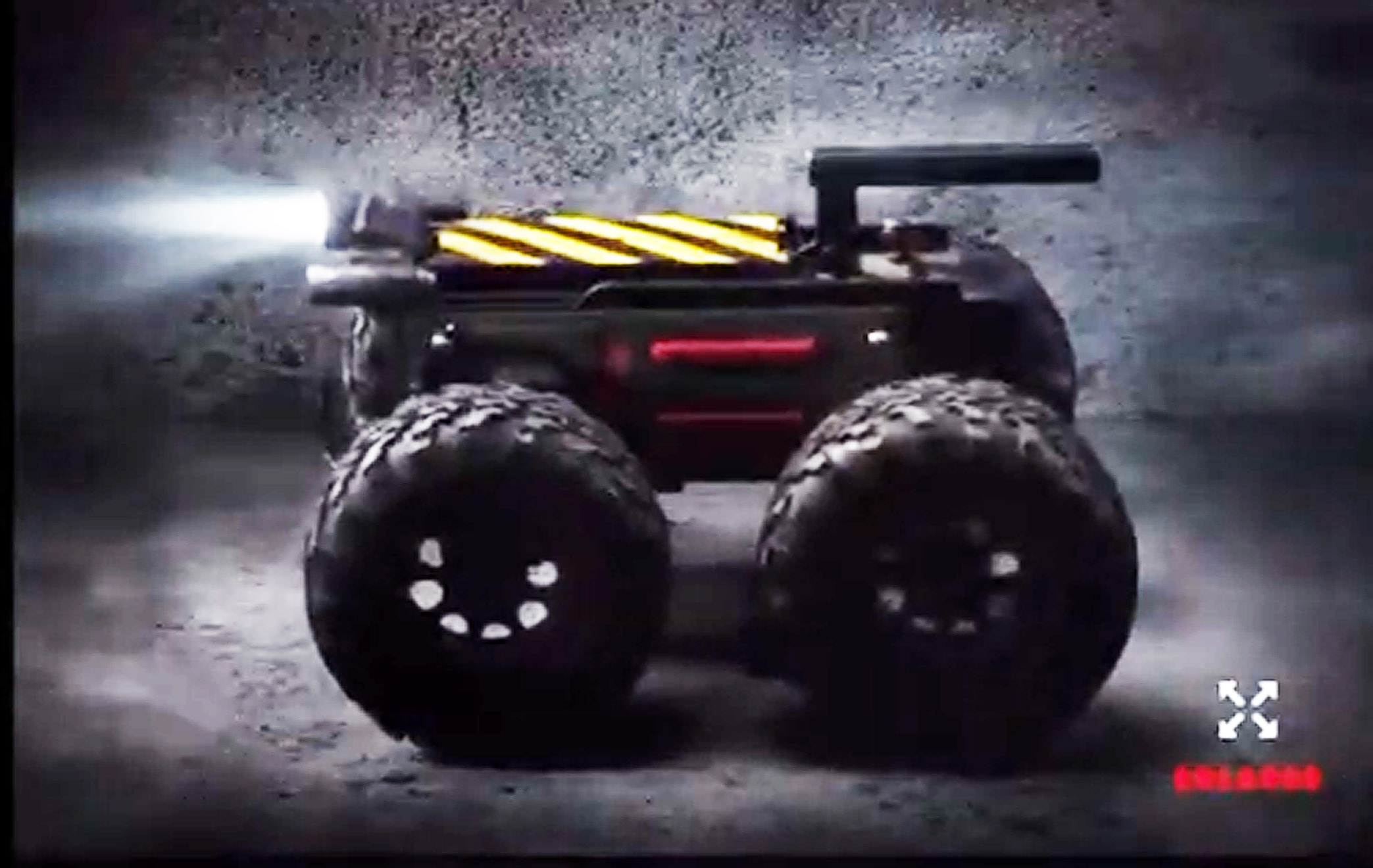 BTW I ordered and have the wheels, they are perfect with 30mm extenders: I did have to shorten the R/C car chassis 75mm though. 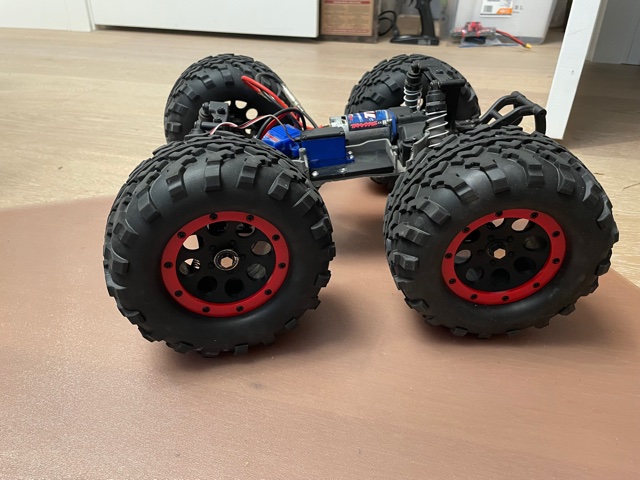 It does show some more details that I just could not see before.
1- The doors have solid actuators at both the front and rear of the doors, at the midway point of the door.This is honestly a smart and simple way of making them work. I had planned on doing it this way but hidden, now I don't have to hide!
2- The shocks are all black, are both short (usually a rear shock is bigger) and look very much like Traxxas big bore aluminum shocks. Well, I just took a sharpie to my grey shock and it looks just fine!
3- The shock springs are red. ( Traxxas does sell this color) So I spray painted mine...
4- There appears to be a clear LED where the bargraph used to be. It's off to the side.
5- the handle has a screw in the side of the support
6- the second "flashlight" has what appears to be 2 grub screws holding the flashlight in. The other side does not have this. 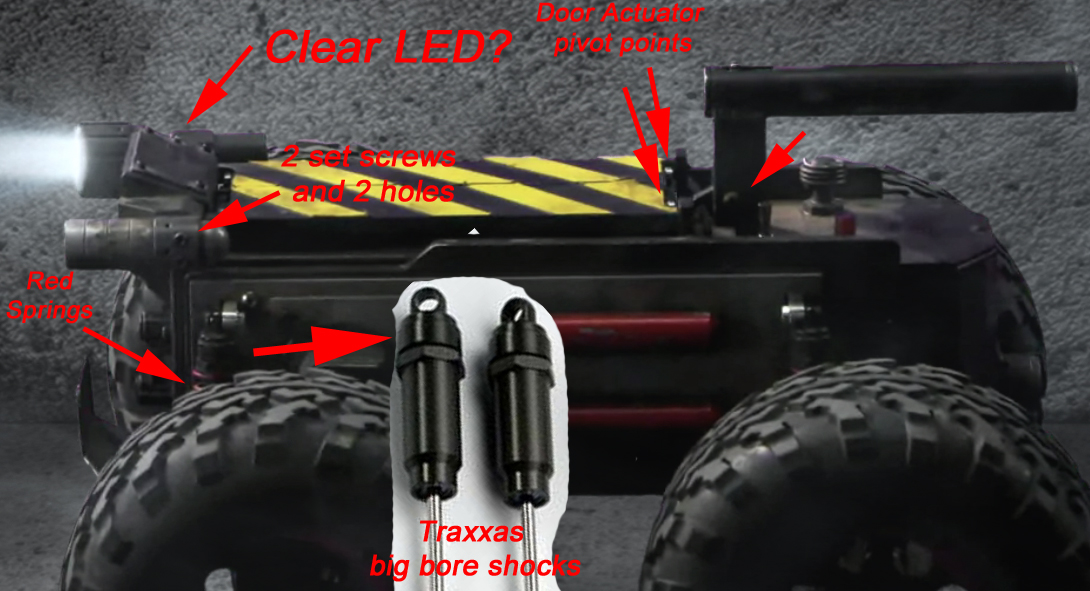 here is the sharpie drawn on and painted spring shock: ( The front end -so far- is in this picture too) 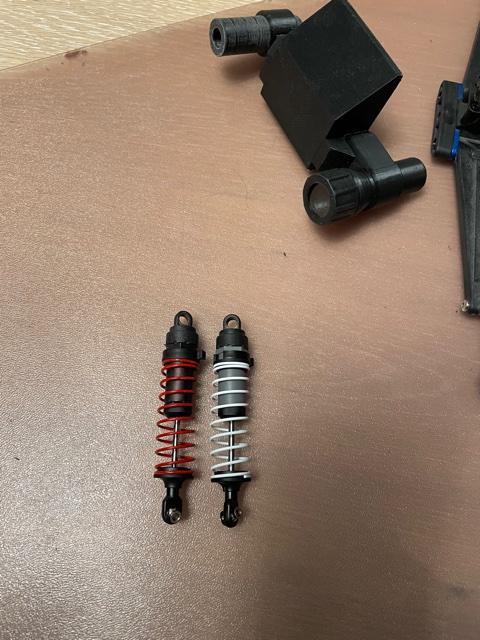 of interest is the regular trap that has better details of the clear LED and door opening mechanism: 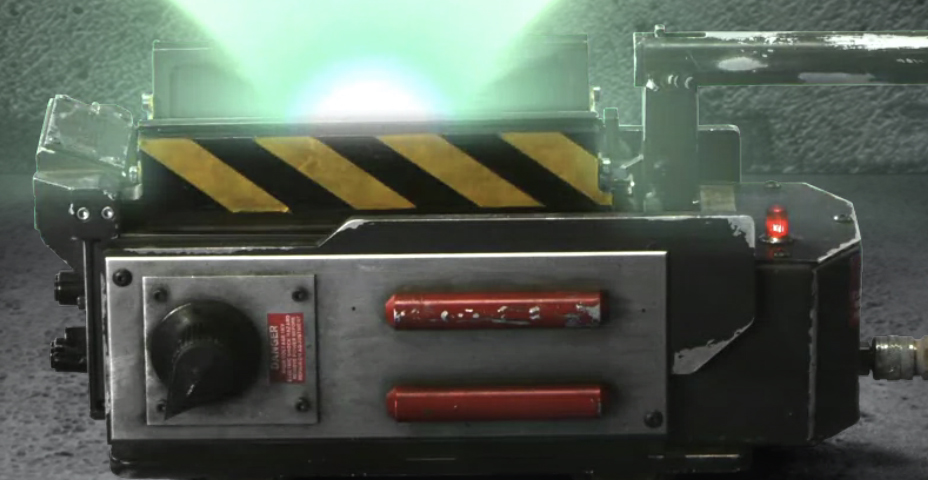 And are you fitting it to the Spirit ghost trap?

I've been documenting the build here: viewtopic.php?p=4955008#p4955008
The Traxxas platform I used is a Stampede 4x4 (Not the regular stampede, it won't work- the motor is in the wrong place) But even the 4x4 is heavily modified. The chassis and drive shaft were shortened, and the steering servo moved - it needed a custom steering arm for the servo as well.

As for the trap, I have had to design everything from scratch to 3d print. And I mean everything... It is longer and wider than a regular trap, the supports for the shocks go right through the whole thing as well, and the car mechanism takes up a lot of real-estate.

Have a look at the build link, you'll see what I mean. My goal is to make it as accurate as I possibly can ( key word there is "I"- I still have limits to my abilities. ), so going with the Spirit trap wouldn't work for my purposes.
I'm happy to answer any questions, or if you want to bounce a few ideas around.
drsyn71 liked this

so i just got mine delivered yesterday via DHL, I […]

If you want an entire wand and electronic package […]

I'm going to say in November, or if Sony knows for[…]