Definitely digging the direction the score's going in.
Feeling overwhelmed by the Covid-19 pandemic? Please visit The Support Thread.

By RichardLess -  August 10th, 2021, 7:40 pm
-  August 10th, 2021, 7:40 pm#4953646
I swear to god if this movie quotes Randy Edelman’s hero theme just once…I’ll die happy. Just as a knowing wink from the filmmakers to the fans to be like “yeah. We got you. You’re in good hands”. I’ve always loved that theme. I know some people don’t think it works having such a heroic theme for the GB’s, but I do. The juxtaposition of these schlubby guys getting this awesome Superman-esq theme. Lol.

Ghostbusters 2 really is a very different looking and sounding movie from the first film. The first one feels like this gritty New York movie, the grainy cinematography, the crassness. You feel it. Then the 2nd film feels much more like this corporate thing. It’s clean, better sets, bright lights. Don’t get me wrong, I LOVE GB2. But they are very different films from an aesthetic stand point. I actually quite enjoy the GB2 cinematography & sets. The first film has this feeling of being held together by duct tape, ya know? We can see wires, matte lines, ,light bulbs. The 2nd film there’s none of that. Which is funny because both films cost a lot of money. The first films budget is huge for the time.

As for the score? I like what I hear. Clearly they are going for the Elmer Bernstein vibe, quoting the Ecto plasm music from the first film.

3 more months ladies & gents. Blink & it’ll be here. We have 3 months for the box office to hopefully start showing signs of life. The first big test is going to be James Bond. No digital home version available at the same time. The problem seems to be the 2ND weekend. Some films do alright opening weekend and then seem to just plummet on the 2nd weekend.

Snippet of the score in this how-to video.

Love it. Fits right in there.
There is definitely a hint of the gremlin score hidden in there at the beginning at around 12 seconds. Love the familiar eerie bits and boops they incorporated at the end.

What did they use again for that? Was it the same instrument that was used for the Star Trek score? I forgot.
For Ivan.

Alphagaia wrote: There is definitely a hint of the gremlin score hidden in there at the beginning at around 12 seconds. Love the familiar eerie bits and boops they incorporated at the end.

What did they use again for that? Was it the same instrument that was used for the Star Trek score? I forgot.

I believe Bernstein really used the ondes martenot a lot for the GB1 score. All I remember from Trek was the opening Klingon scene with the angklung. Not sure if Goldsmith used the martenot, too.
Ghostbusters IDW Sales Chart (Updated for March 2020)

I like how it's mostly known nowadays for Radiohead and Ghostbusters. Doesn't help with believing the world doesn't revolve around my interests, mind.
Minor UK Indie Celebrity.

Kingpin wrote: ↑August 10th, 2021, 7:17 pm When the "spooky" notes from when Venkman's trying to clean the slime off of his hands while in the Library basement kicked in...

Definitely digging the direction the score's going in.

Nice to hear the Yamaha DX7 at the very beginning too. Real Ghostbusters staple that you don't really notice until you hear it in a different context.
Minor UK Indie Celebrity.

groschopf wrote: ↑August 11th, 2021, 6:32 am They discuss the martenot a little in this episode of the Soundtrack Show, which fans of the Elmer Bernstein score should listen to.

The key notes from this discussion are quite littarly the key notes. Just, pointing that out here. 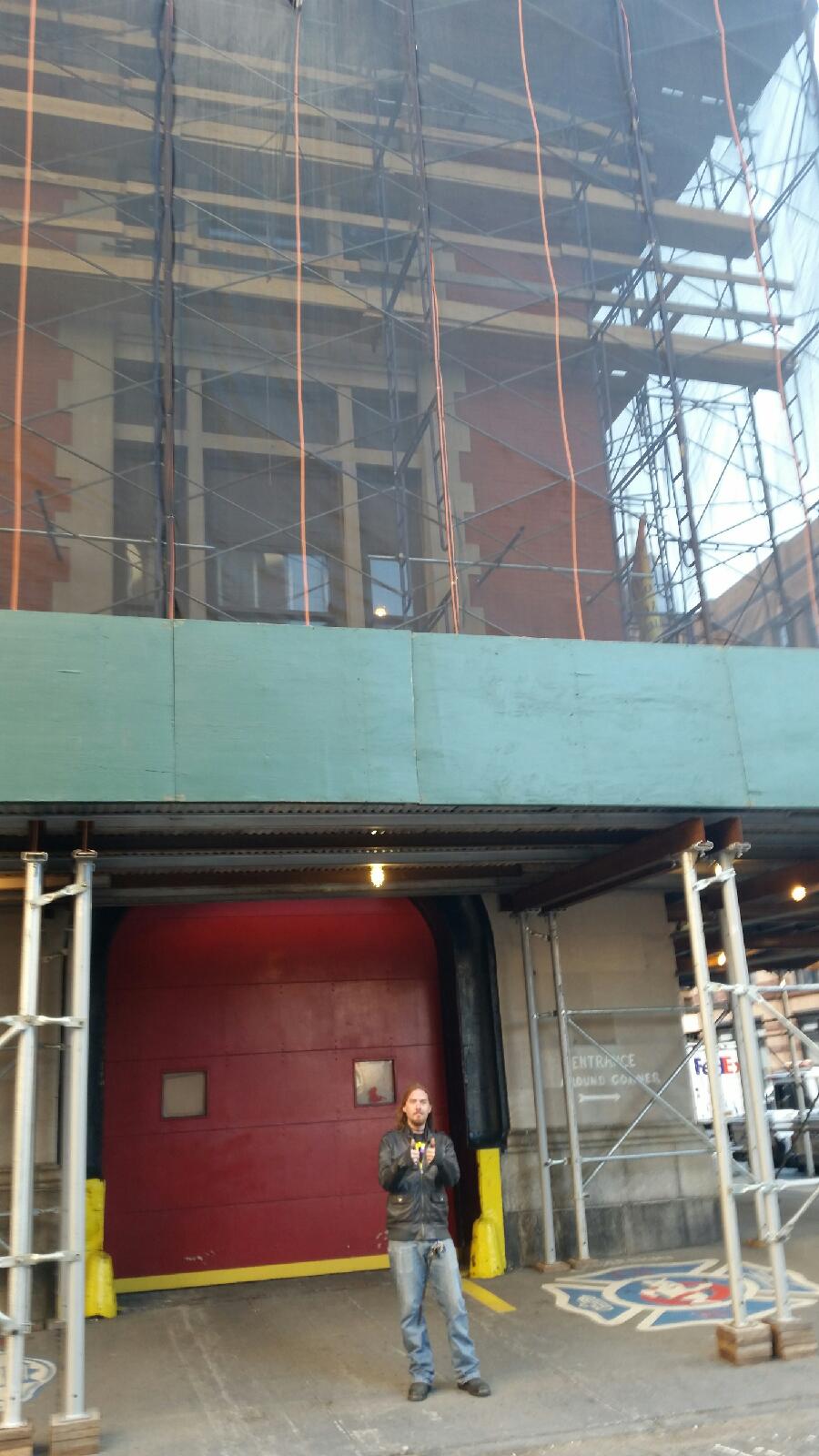 By WorldofthePsychic -  August 11th, 2021, 11:55 am
-  August 11th, 2021, 11:55 am#4953674
I'm hoping that the Warner Brothers decision to stop putting their movies on HBO Max same day leads to some positive box office results over the next 3 months. I was really worried when I saw the earnings for opening weekend of The Suicide Squad. I know all the major studios were looking at that in conjunction with Delta, and it did not go well. Which is a shame, that movie is pretty fantastic.

Afterlife being a theater exclusive is a good thing in my opinion. And maybe the metric is slightly different for that reason. But unfortunately, we're in the fallout phase for studios' pivot in the Covid Era. And I know a $180 million movie only earning $70 something million worldwide on opening weekend has the studios nervous.

Filming and picture is locked for awhile now. Maybe some promo stuff or…. next movie 2nd unit shots?!

Surprise! We are almost ready shooting it!

A man can dream....
Go away reality! Stop it! Stop dragging me back!
For Ivan.

GaudinosWheels wrote: ↑August 11th, 2021, 12:50 pm So for this to make sense, surely the Wrecto needs to be parked inside the firehouse right?

Yes. But they also have to physically drive it inside before they can start the shoot.
For Ivan.

Don’t know how to create a spoiler tag but it’s on those Facebook groups if you are interested. 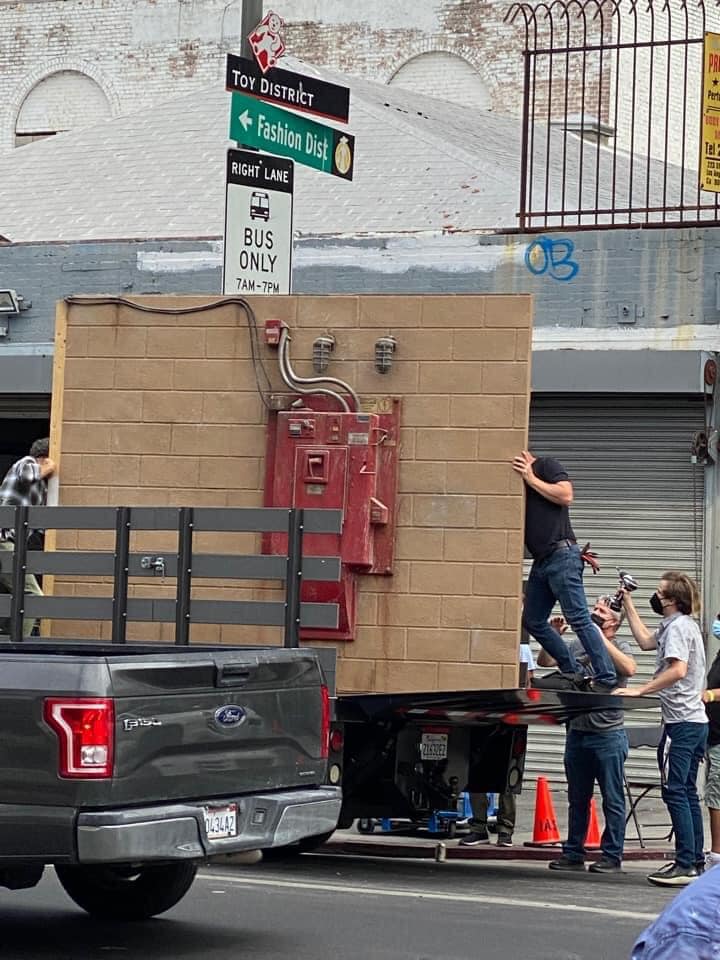