for a Philly guy.

Watch that scene carefully again. While he does twist the handle, it's all just for show; kind of like he's cocking a gun. While he twists it, keep your eye on the trigger lever itself, as he is releasing the lever at the same time.
My Scratch Built Pack and Thrower: http://www.gbfans.com/community/viewtop ... 39&start=0

GB Jer wrote:That's an awesome setup. How about a way to extend the tip by twisting the front handle like it is portrayed in the first movie?

I have the the screen accurate way. You can see it best as Ray gets off the elevator in the Sedgwick hotel scenes. He steps out, steps to the left then extends the tip via the green lever next to the trigger tip. The actual twisting of the barrel was for the comfort of the actors.

By CPU64 -  December 29th, 2009, 8:56 pm
-  December 29th, 2009, 8:56 pm#194618
Its so odd that twisting would be for "comfort" if its only used during the make'm hard closeup to make it look like a release mechanism. Yet its unnecessary as a release movement if there's lever to serve that purpose.. is it possible "mechanism" ideas might have migrated from one to another, or in conjunction, throughout the production of the movie?
Also, during that scene, are all 4 guns in frame, and if so, do they all twist? I can't remember exactly. And I don't have bluray.

also, i agree with it rotating for the actor's comfort. In the scene where venkman says "maybe now you'll never slime a guy with a positron collider", watch his thrower, he's turning the handle very slightly there, once again for effect it would seem..

Good job, Matt! I can honestly say I am very jealous.

What light kit are you using in there?
Parts I currently offer:

Awesome.. have you thought about making a taper on the barrel rod (and maybe the pin as well)? so when the pin resets itself you can push it back in and lock without using the level.

The spring loading problem has been on my mind since I started investigating this pack, so I'm glad you've come up with this inspiring solution, cheers

Crix wrote:Stop making youtube videos and make a set of instructions already, that is AWESOME.

What light kit are you using in there?

Blah, I have started a new project now, so I don't know when I'll get around to making official plans. I view what I did in this thread as a prototype, with plans of making it better in my next pack. For the most part, you can piece together what I did from the info that's in this thread.

As for the light kit, I have a hyperdyne gun kit in there. My next gun will have a proptronix gun kit in it.

ganthorion wrote: Awesome.. have you thought about making a taper on the barrel rod (and maybe the pin as well)? so when the pin resets itself you can push it back in and lock without using the level.

All things I will consider when I do this again in my next gun.

Another reason why I didn't go more in depth with the front mechanism is because everyone's front barrel is different. The main points are:

1.) There's a brass bar attached to the clear tip, with a guide hole drilled out of the center of it.
2.) There is a spring that is fixed over the brass bar, fixed between the end of the clear tube and the set screw of the brass bar.
3.) There's a trigger mechanism inside the gun body, as shown in my pictures.

Its really pretty simple. The hardest part is fabricating the parts and getting it all to line up correctly.

Maybe once I'm finished with my PKE meter, I will revisit this idea and write a tutorial. But for now, I like making you guys work a little for it

but the main thing here is that you took the time to share what you have found and maybe this will save some people some time comming up with some idea's for there situaion.

NeonMessiah wrote:Little off subject, but where did you get your orange/red light cap on your gun body. That's dead on!

If I understand you correctly, i think you are asking about the flat orange light cap on the top of the gun body, next to the vent and behind the blinking yellow light?

What the real packs used was one of the top hat light caps (like the one at the end of the barrel) and seated it inside the gun body so only the top of it was showing. What I used for this was one of the orange caps that Multimediamayhem sells on his site.

jpa35 wrote:First let me say that it was very nice of you to take the time to share your idea's. Second i think you are right about things being different with every build and your idea's need to be adjusted to fit that person's needs.

But the main thing here is that you took the time to share what you have found and maybe this will save some people some time coming up with some idea's for there situation.

No way with my unique wiring and flasher setup I'd ever get it to extend, but if I do a second pack one day I'm comin' after you with this design!

I'm jealous of that extending mechanism!

Your sound setup is the closest to mine I've seen too...minus the 6 other sounds and hum I added!

mburkit wrote:Okay, here's a video of my pack. It shows the lights, sounds, the twisting front grip, and the extending clear tip mechanism (along with resetting the tip).

Stop staring at me, you got the bug eyes!

I would like to see a video of the mechanism in action. It's difficult to imagine how it's working because we don't see the piece all together.

Since I originally did this thread, I have since developed a better extending mechanism based off of how the real hero props functioned. I don't have videos to share but I can share some photos.

The latch inside the thrower body of the original props was actually just a bunch of nails welded together, like this. 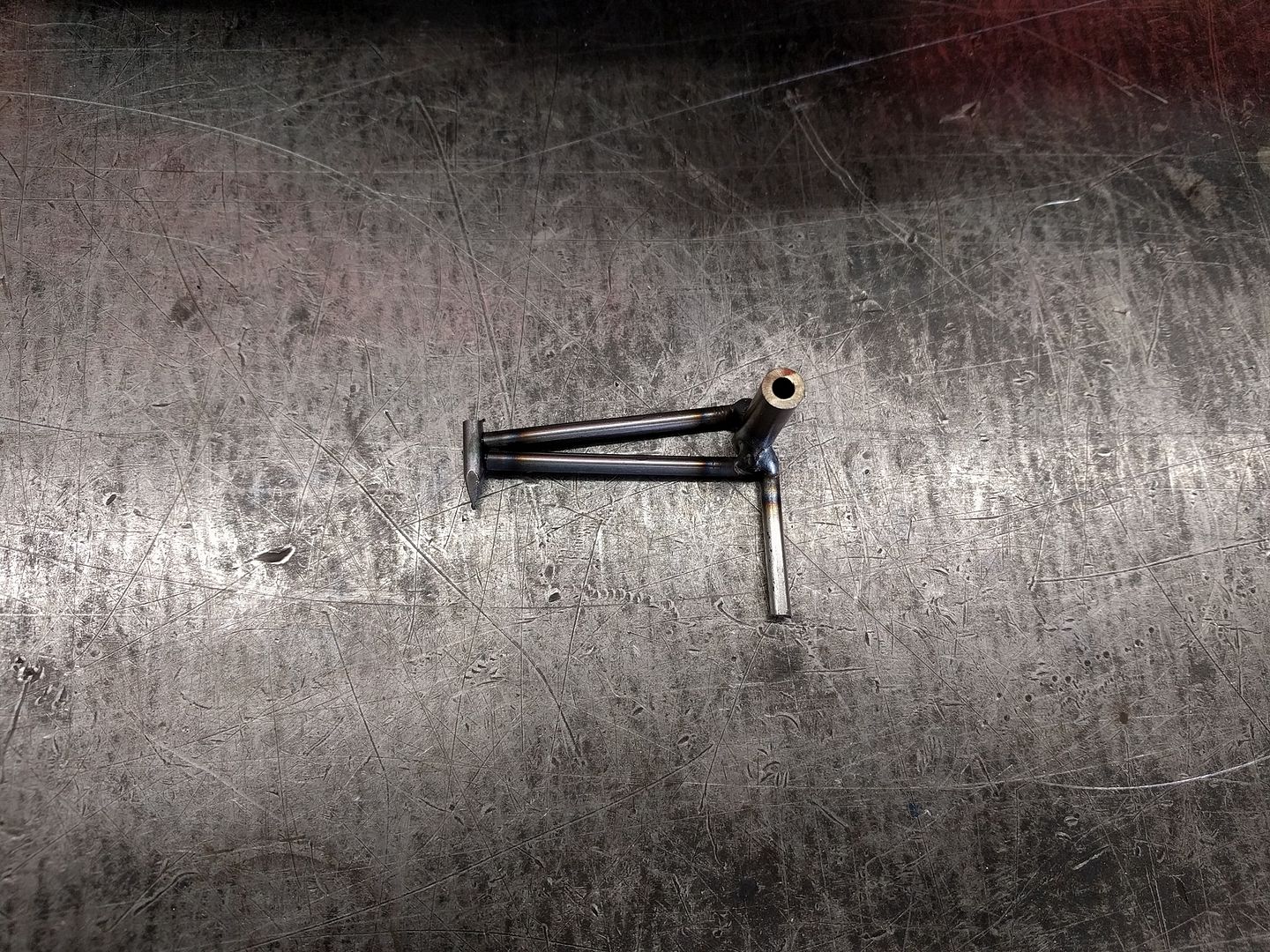 And the front handle was 3 telescoping pieces of aluminum tubing, as seen in this drawing I did.

As the inner most tube is pressed back into the gun body, the latch hooks into a hole cut into the top of the inner tube.

And as you pull back on the green lever of the thrower, the latch lifts and the inner tube is sprung forward by a combination of music wire and a compression spring.

Seems that not only Hasbro pulse members get the[…]