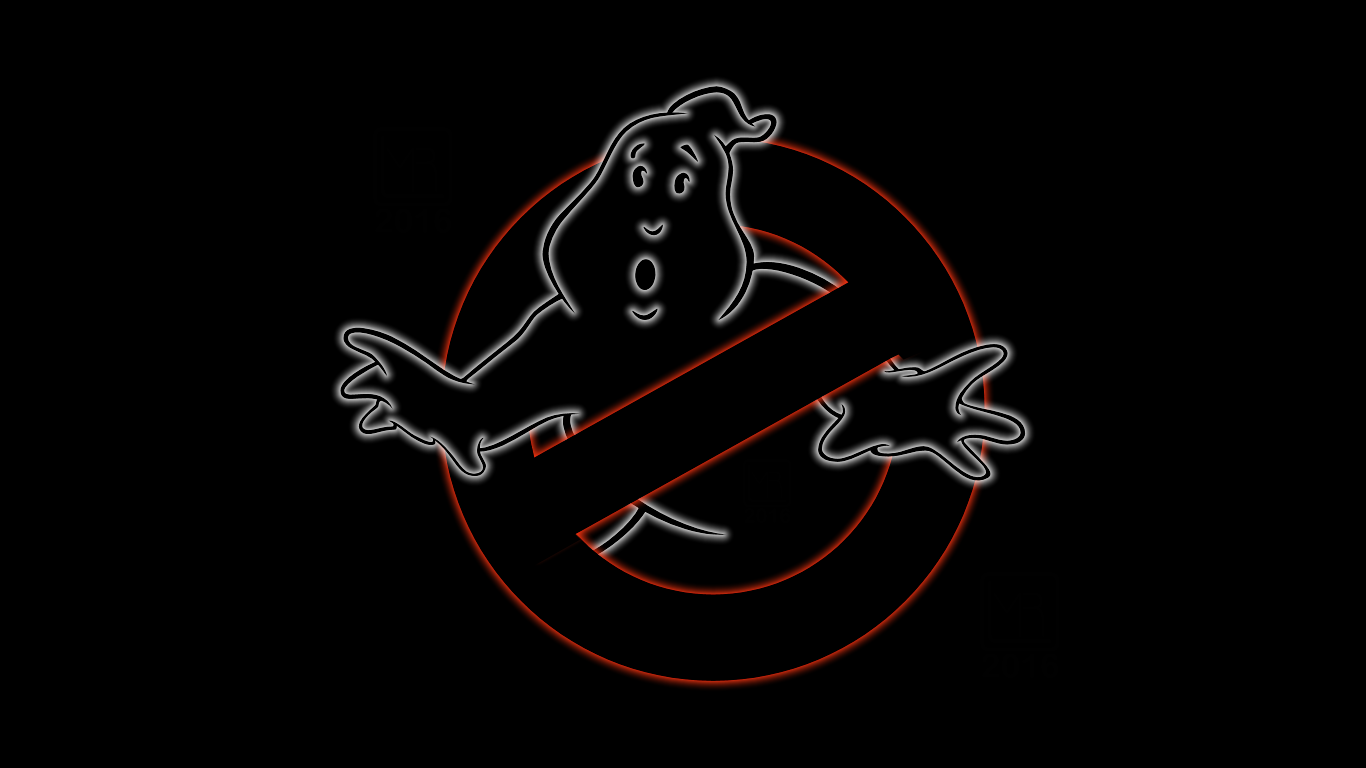 By gbraider82 -  June 28th, 2022, 12:52 pm
-  June 28th, 2022, 12:52 pm#4971006
If this picks up immediately after GB: A. I wonder if this will address the containment unit and it’s capacity holding Gozer. I believe they could have an accident while finding a solution or accident while they transfer the ghosts to ____ and have to fight a new big bad. They defeat the big bad but don’t contain all the ghosts at the end, thus putting them back in business for future movies.
One time liked this

gbraider82 wrote: ↑June 28th, 2022, 12:52 pm If this picks up immediately after GB: A. I wonder if this will address the containment unit and it’s capacity holding Gozer. I believe they could have an accident while finding a solution or accident while they transfer the ghosts to ____ and have to fight a new big bad. They defeat the big bad but don’t contain all the ghosts at the end, thus putting them back in business for future movies.

Obvious problem here would be that unlike the original movie, the Ghostbusters really shouldn't be back in business thanks to their own mistake. I could see the breaking containment unit being the focal point in this movie -- it breaks, cleanup is their responsibility -- but not the setup for a future movie.

By timeware -  June 28th, 2022, 3:24 pm
-  June 28th, 2022, 3:24 pm#4971009
Awesome news. Being filmed in the fire house I wonder how they'll avoid the easter egg equipment to make the critics happy...Aw screw em. Line the walls with as many proton packs as you can hang up, and dust off that vigo painting. Heck throw that dancing toaster on Americas Got Talent. Free advertising right there!

But definitely they're gonna start shooting soon and I can't wait to see set pics.
TheManEatingToaster, timeware liked this
co-worker: hey the going away party is in the back
me (with new mullet): oh i know where the party is 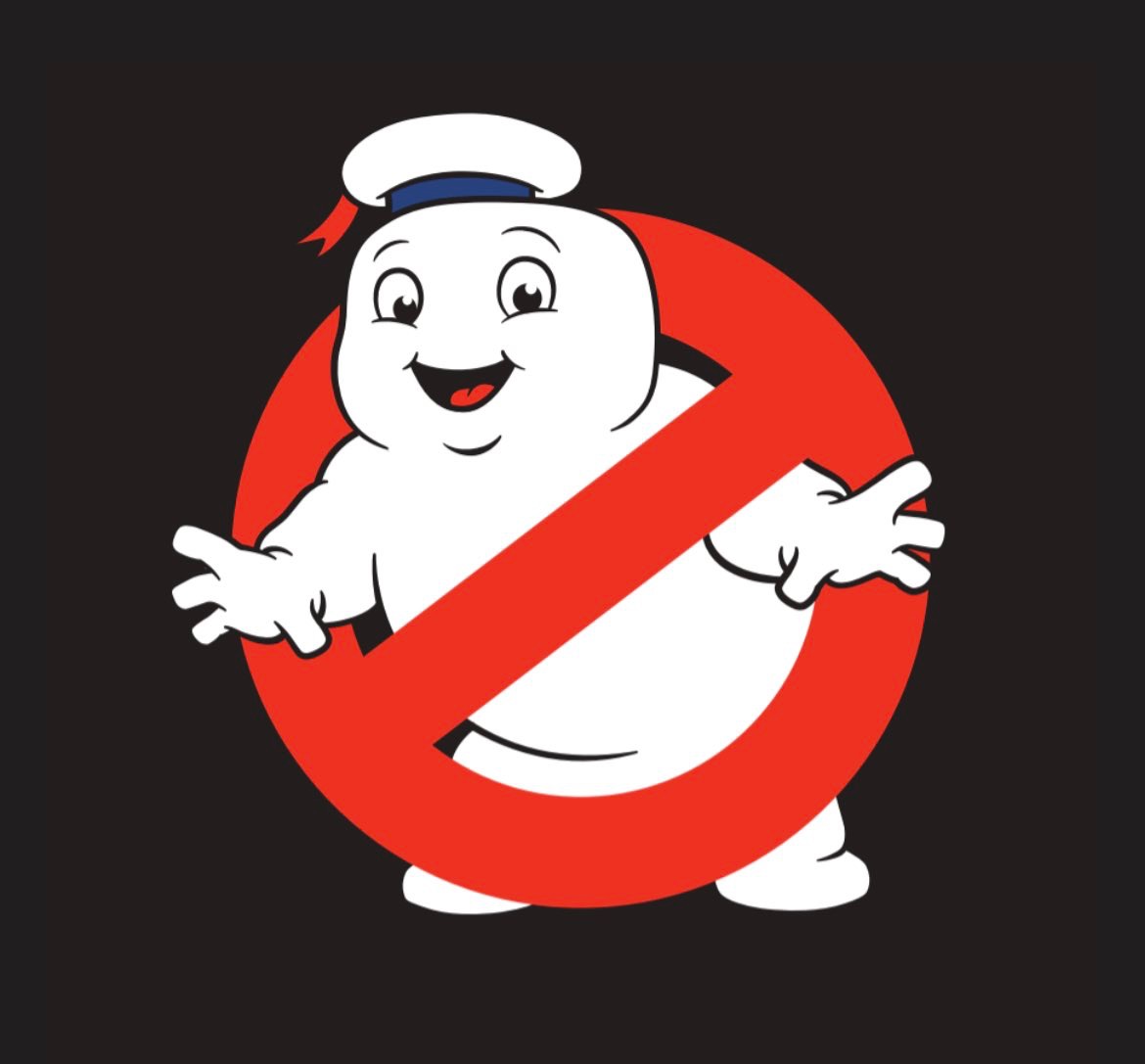 Avilos wrote: ↑June 28th, 2022, 3:16 pm It’s possible it will pickup right when the last movie ended but than jump a head a couple years. McKenna Grace just turned 16 years old. It’s going to be hard to hide that. I have a feeling it’s one of the reasons they are committed to getting it filming soon. In 2024 she will be 18.

I think it will be a little easier to hide when she's got the Spengler hair. Plus, sometimes kids just have growth spurts.

deadderek wrote: ↑June 28th, 2022, 3:47 pm Ecto Cooler dammit. We all want Ecto Cooler. The little bottle at the premier wasn't enough for me.

Not that it means anything, I guess some contracts still to be negotiated? I hope Celeste comes back because she had some of the best comic moments of Afterlife.

Edit: Although what I’m really excited by is the prospect of new comedic actors jumping on board. Not sure Carrie and Paul are necessary to continue the story.
Alphagaia, starang11, Kingpin liked this

I believe a good 75% of the work they put into the Afterlife script was all the research / studying and finding the right tone.

Since they pretty much “graduated” with the final film..the hard parts over and all the characters are developed and in place. All Jason and gil needed to do was add a new adventure around it. So its no surprise the script is further along than expected.

Somewhat Off topic—watched Afterlife again last night..so, Grooberson was built up being kind of a GB fanboy right? At the end; the OGBs are literally standing 10 feet away from him and he doesn’t acknowledge them when its all over? I feel like that was another bit that had to be cut for other uses.

I could see him being giddy and out of breath trying to get the words out..”youre..youre the..”

Winston: “were the ghostbusters”
Kingpin liked this 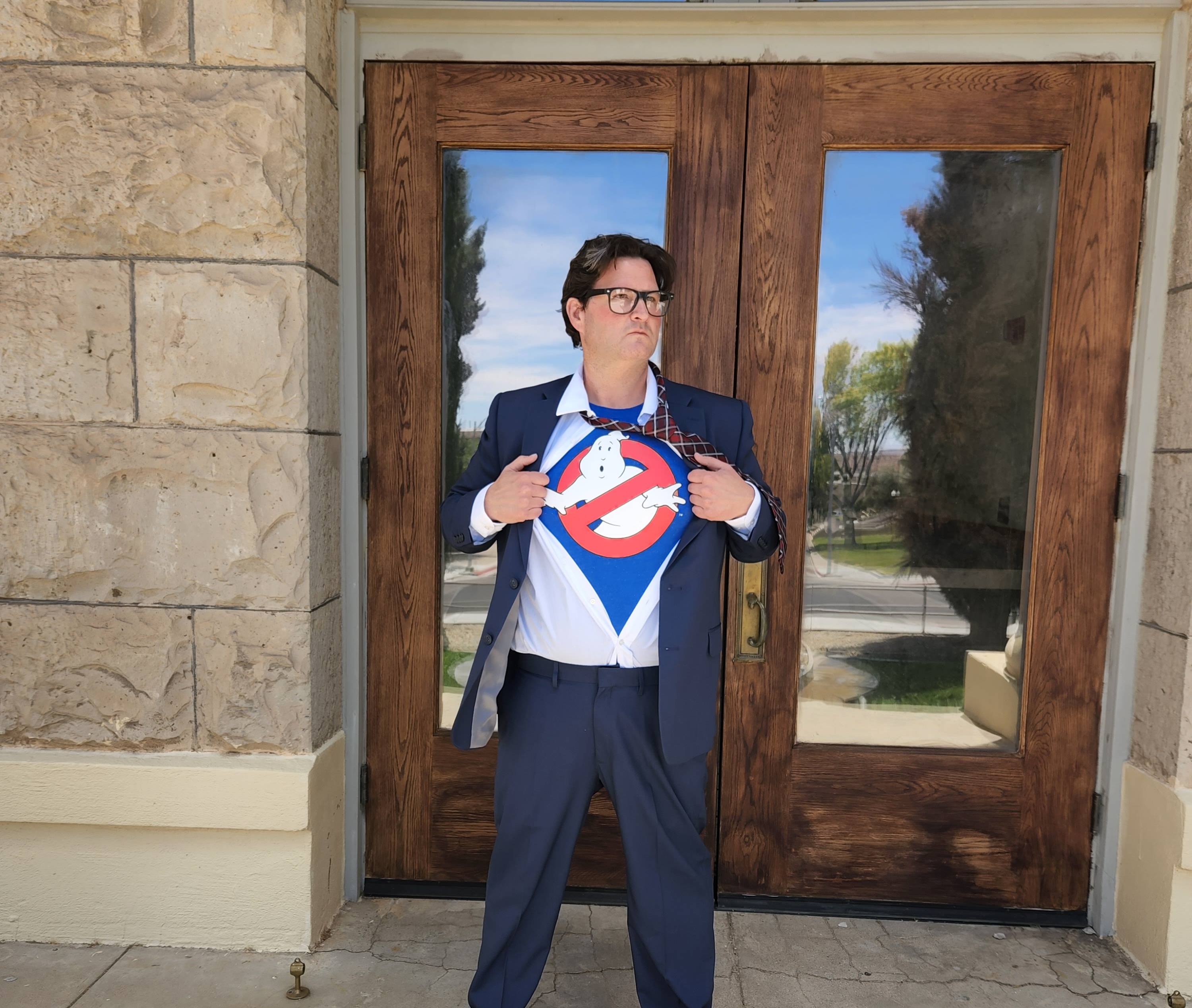 By CitizenBuster -  June 29th, 2022, 7:36 am
-  June 29th, 2022, 7:36 am#4971028
Hopefully in the next movie the guys fully exspose Grooberson and Podcast as the actual villains, and was working with Gozer the whole time. Gary was a fan boy, and knew what the trap was. Podcast suggested they open it. Afterlife would not of moved forward without them.
BatDan liked this

So what are the chances Sony finally buys the LA Firehouse to use it for the shooting and preserve it as a future GB fansite and further projects? What's the status of whatever revitalization/renovation project they try to realize there this time again? I know it has the most shitty location for such an iconic movie site, but things ain't what they were in the 90s.

By Seth Rex -  June 29th, 2022, 10:38 am
-  June 29th, 2022, 10:38 am#4971038
It wouldn't completely surprise me if when they were referencing finishing the script, it meant that that they were almost literally just finalizing their draft for production. I imagine in the next several months, the casting news may come, and eventually word that production has begun.
BatDan, Kingpin, TheManEatingToaster liked this

timeware wrote: ↑June 28th, 2022, 5:26 pm Would be kind of interesting if they do a Rescue Rangers (which sucked) and filmed a scene at Comic Con. Pod Cast and Dan are trying to. Make a podcast.

It didn't suck, I had my concerns following the first trailer, but it was a fun detective caper with some heavy issues like post-fame life, addiction, moving on and supporting your loved ones. The easter eggs were also a lot of fun, more Ready Player One than Space Jam: A New Legacy.

Unless it's particularly relevant to the plot, I don't see the necessity to shoot a scene at New York Comic Con just because other movies have done something like that.

Ecto24601 wrote: ↑June 29th, 2022, 10:28 am So what are the chances Sony finally buys the LA Firehouse to use it for the shooting and preserve it as a future GB fansite and further projects?

Fire Station №23 is owned by the city of Los Angeles, and despite considerations in the 1990s the city never sold it of... Suggesting they're unlikely to unless there was a major fiscal crisis. As they're finally pushing ahead with plans to refurbishment as a youth arts center, it seems unlikely that they'll be looking to sell it now.

-And I doubt Sony would be interested in buying it. They balked at refurbishing Ecto-1A, remember?

I also have my doubts it'll be used for filming in a Ghostbusters movie again... It appearing in the end credits teaser was likely a happy happenstance which resulted from work being put on-hold because of the pandemic. The renderings by Brooks + Scarpa (the firm who've designed the refurbishment) show that the ground floor interior may keep some of its familiar details (like the green and white tiles, and the wooden "barn" doors), but there will be some modern artistic and structural elements that are going to be installed which will change the appearance to a degree: 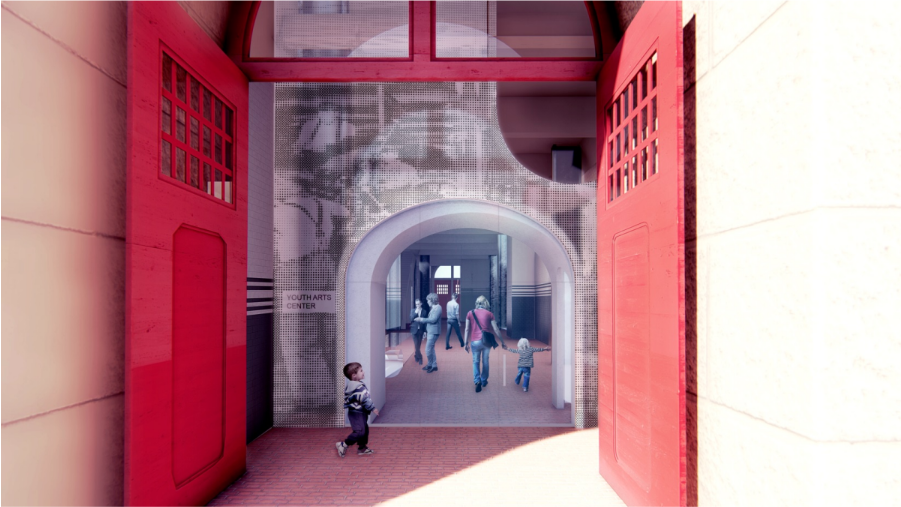 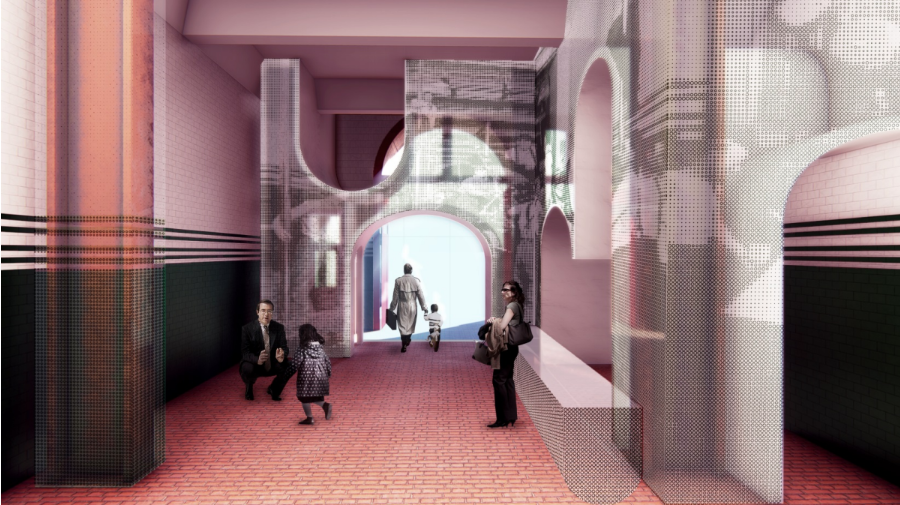 Some floor plan drawings suggest even more substantial alterations to the upper floors. And even if the youth arts center hasn't been opened yet, it's not going to look like the way we remember it... Meaning that any Firehouse scenes might be filmed on a soundstage set replica, like they did for Ghostbusters: Answer the Call.

Most contemporary photos still show clear signs of the neighborhood's general run down condition and homeless population. It looks like the station is still firmly located in L.A.'s Skid Row.

timeware wrote: ↑June 28th, 2022, 5:26 pm What's the status of whatever revitalization/renovation project they try to realize there this time again?

Updates are like hen's teeth... The refurbishment was supposed to be completed in 2021, but it almost certainly was delayed by the pandemic. I've not seen any proclaimations that the place has reopened, so it sounds like the work is still ongoing.

The closest we've had to an update was this video that was posted by the Ghostbusters Youtube account back on the 9th of June (but originally filmed in August 2021). It gives you a good idea of just how extensive the work that's going on in Fire Station №23 - they've had to strip the station back to the base concrete structure to stabilize some of the embellishments.

- casting announce in September
- filming from October to January
- teaser trailer during the Superbowl
- first official trailer in Summer 2023
- promotion picks up steam around Halloween 2023.

- this time they'll not be so secretive about plot details concerning original cast members.

Dead by Daylight is frustrating due to just how ov[…]

I'd imagine the shots inside the firehouse should[…]