That being said, he may surprise everybody and ship out your item tomorrow and you may have it by the 15th and all would be well(ish). But the fact of the matter is, there is no way for Ben to track your package and update you on what is happening with it or when the estimated delivery date is without a tracking number. If he has one, he should give it to you with no hassle. If he keeps refusing to and just "gives you updates", then he is lying to you.

By 33rdparanormal -  November 24th, 2022, 2:36 pm
-  November 24th, 2022, 2:36 pm#4974667
I would be wondering why you were given a screenshot of a conversation instead of the tracking number that you asked for. It's a simple enough request that he has ignored while giving you some relief that you aren't being screwed with. This thread is full of experiences just like this. He has to have a tracking number to talk to a courier about your package, so why not just give it to you as you requested and let you track it yourself? Even if it is 100% legit, he is still gatekeeping you.

Ackbar wrote: ↑November 23rd, 2022, 2:38 am Just to keep you updated: He wrote two weeks ago, that the package is delayed till end november, so I wrote him yesterday and asked for a tracking number. He sent me screenshots of his conversation with dpd local. Seems quite real (there appears my name, address and a case number)... the tension is rising also the hope (?)

Any sign of this yet, or just more excuses?
Ackbar liked this

By webelieveyou89 -  December 20th, 2022, 4:02 pm
-  December 20th, 2022, 4:02 pm#4975443
So my experience with ben was the same. The only way I believe I got my kit was to threaten to cancel. Then it magically shipped out and I had it the next week. I was looking for a complete kit when I purchased but if you want a decently accurate pack you are going to be replacing everything with better parts. I liked the shell. That was about it.
tobycj liked this

Ackbar wrote: ↑November 23rd, 2022, 2:38 am Just to keep you updated: He wrote two weeks ago, that the package is delayed till end november, so I wrote him yesterday and asked for a tracking number. He sent me screenshots of his conversation with dpd local. Seems quite real (there appears my name, address and a case number)... the tension is rising also the hope (?)

Would you care to share the DPD screenshots he sent you? Would love to see them.

How much more of people's hard earned money does he have to sit on before he is blacklisted?
tobycj, zeta otaku, wralex liked this
www.ectolabs.net
Replica Props and Costume Accessories – online store NOW OPEN!
Instagram | Twitter | Facebook

During that time, I also received the boilerplate “email responses” from DPD. When I traced the numbers Ben had provided, they stated “awaiting delivery from sender”. In other words, there was a tracking number, but Ben had not dropped the package off to the courier. He also said there were labor issues in the UK with the post and shipping, but I have ordered many items from the uk without issue over the past two years.

Truth is, His kit is extremely nice. His communication is prompt. Problem: what he is communicating just isn’t true.

He also promised a number of “upgrades” because the process took so long. Needless to say, those never arrived with the kit, nor am I going to waste time trying to track those down.

Wow, just wow. My fakeometer is beeping pretty loudly reading these. There's so many grammatical errors here, I'd be astonished if he hasn't fabricated these emails......

I thought his surname was Smith. Can he really not spell his own name correctly?

Probably only need half of the on your behalfs here, matey.

this is been held in a hold cage

A what? I've always quite liked DPD, but knowing that their parcels are caged and not free range is making me think twice about using them again. Thank god there's photographic proof... Wait, he did forward the photos too didn't he??

We will chase this up with the courier

Aren't YOU the courier??

Germany [...] we are undergoing great demand in this area.

Not surprising seeing as DHL are a German company. "Undergoing demand"? Strange turn of phrase there.

...and also because of this time of year, we are going through great demand.

Yeah, you already said that, boss. "Going through great demand"? Another interesting turn of phrase.

Ackbar, my friend, it's my belief that these emails are as genuine as a Gucci handbag from China. I'm almost certain he's lying to you again like he appears to be doing to many others. Don't give him any more chances. Demand the stuff you ordered or ask for a refund. Your money shouldn't be paying his bills.

And, Ben, if you're reading this thread, why not come on here and defend yourself? Oh yeah, that's right, because you've been caught out. Do you honestly think it's fine collecting people's money and feeding them lie after lie? You may be shipping the goods eventually but that doesn't make your behaviour any more acceptable. If you've taken on more than you can handle, then fine. Just be honest with people and give your customers realistic time frames. Failing that, maybe use the hours you're spending creating fake emails to instead make the props people paid you good money for.
tobycj, wralex, Ackbar liked this
www.ectolabs.net
Replica Props and Costume Accessories – online store NOW OPEN!
Instagram | Twitter | Facebook

tobycj wrote: ↑December 22nd, 2022, 3:05 pm Searching for both customer service reps in those emails on Google doesn't bring up any hits at all, so makes me think they're made up names. 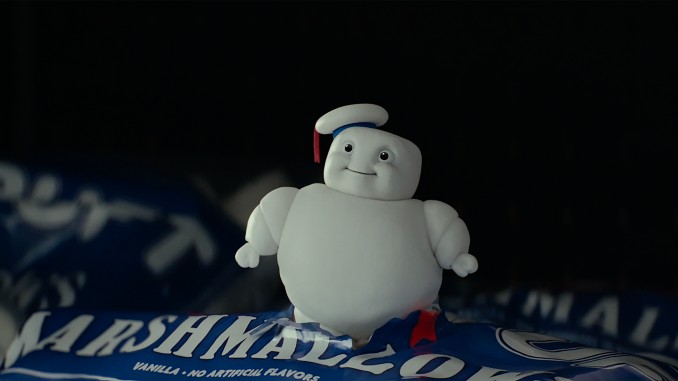 Why the hell would I ever order from you again, you snake oil seller?
zeta otaku, tobycj liked this

By RichardLess -  December 29th, 2022, 3:43 pm
-  December 29th, 2022, 3:43 pm#4975890
Wow. I came so close ordering a pack from this guy. Once upon a time everyone I asked said he was the bees knees and absolutely on the level. But something….just didn’t feel right. So I held off. He use to have a good reputation. I’m thinking that like someone above mentioned, he got swamped, took on more business than he could handle and it got out of hand. Tho why you just can’t be up front with people is beyond me.
zeta otaku liked this

RichardLess wrote: ↑December 29th, 2022, 3:43 pm Wow. I came so close ordering a pack from this guy. Once upon a time everyone I asked said he was the bees knees and absolutely on the level. But something….just didn’t feel right. So I held off. He use to have a good reputation. I’m thinking that like someone above mentioned, he got swamped, took on more business than he could handle and it got out of hand. Tho why you just can’t be up front with people is beyond me.

He saturates every platform he sells on. 70% of the ghostbusters prop listings on eBay and Etsy are him, with all kinds of combinations of different parts together (with poorly written descriptions and photos of parts that aren't even included in the listing). But I've never seen him take down listings or pause his store, he accepts every order placed regardless if he has capacity, or he's sick, or taking a vacation. And then it's just a matter of prioritising the orders based on how important the recipient is.
If you live in the UK, if you know him personally, if you're someone well-known in the community, you get first priority above people who ordered before you.

The rest will get months of courier excuses and fake tracking numbers. If you complain in one of the Facebook groups, you'll get dozens of people defending him (because they received their orders and can't imagine him doing anything shady). If you complain (or even just ask for an update) in his Facebook group, he'll just ban you. Everywhere else (ebay, etsy, etc) he'd rather refund the money than allow you to leave a negative review, which is why he has high ratings everywhere.

I've only ordered from him once (a V-Hook a few years ago). It arrived in time, no issues. But I'm seeing the same issues come up over and over, and I definitely don't think I'm enough of a "VIP" to guarantee a larger order arriving in a reasonable timeframe. It seems like far too much of a gamble, which is why I never ended up ordering one of his trap or wand kits.

Best I can suggest to someone ordering from him is to wait until it's been marked as shipped and ask for the tracking number.
If you get a working tracking number and it seems to have real details (and after a few days shows that it's actually moving through the shipping network), then you're probably OK. Beware that screenshots of the tracking info is NOT proof that it shipped, he could have grabbed that from someone else's order. And make sure that the tracking number is actually yours (it should show your location as the destination address, unfortunately not all couriers provide this information though).

But if you get excuses or screenshots of conversations with couriers, then you weren't lucky enough to make the cut. You might as well demand a refund immediately because he hasn't built your pack yet. You won't be able to leave negative feedback anymore but at least you won't be out of pocket or waiting 6-12 months.
zeta otaku, tobycj, Ackbar liked this

Ackbar wrote: ↑January 4th, 2023, 2:11 am Happy New Year. He said today I´ll get a message from DHL and a working tracking number... as expected there came nothing. Now I asked for a refund (after 13 months).

Has anyone tried contacting any of these companies with the names & case numbers he provided? Like maybe you can contact DHL or the other companies and just straight up ask if these emails are legit? Worse they can say is no they won’t help you, right? Give it a shot.

Just say something like “Hey I bought someone thing from someone online and they are telling me they’ve had issues with shipping, I’m just wondering if you can verify if any of the info here is correct(cause number employee name, the way the email looks) . I’m not sure if it’s fraud but any help you could provide would be really helpful. I’d like to think the business I’m dealing with is being honest but I just have a funny feeling. Thank you”

Ackbar wrote: ↑January 4th, 2023, 2:37 am But he insisted the package is already in Germany and I have to refuse it, when it will arrive.

I'm yet to hear of anyone receiving their pack after getting refunded. Maybe you'll be the first?

The speed you're progressing on this is just ama[…]

The coffins popping into the air is a hilarious vi[…]