jrl2222 wrote:Any chance of this images being fixed on this post? Not sure if they were fixed and are broken again or if they were never fixed. Would love to see what everyone is talking about.

same here. I keep checkign back and every time the pics are broken.

drjameshouse wrote:I will send you a pm when I get home with the location of the files.

Will these photos ever be added back onto this forum thread? If not, is there any chance you can send me a PM with the location of the photos as well? I would love to see what this pack looks like.

They were probably hosted somewhere that started to charge for hosting, or their account got deleted. Lots of older threads in here like that sadly

They were probably hosted somewhere that started to charge for hosting, or their account got deleted. Lots of older threads in here like that sadly

First i have to say i´m sorry for the lack of images in this thread. There have been some years in the meantime when i haven´t touched anything on the pack or the forums. But let´s fix this now...

Recently...or should i say last year i´ve been messing with a new gun kit for my pack and at some point i showed my wife a picture of the inside of the super hero pack.
The response was: "You have to build that!"

But before we get to that, let´s start with a few pictures of my pack as it sits here now: 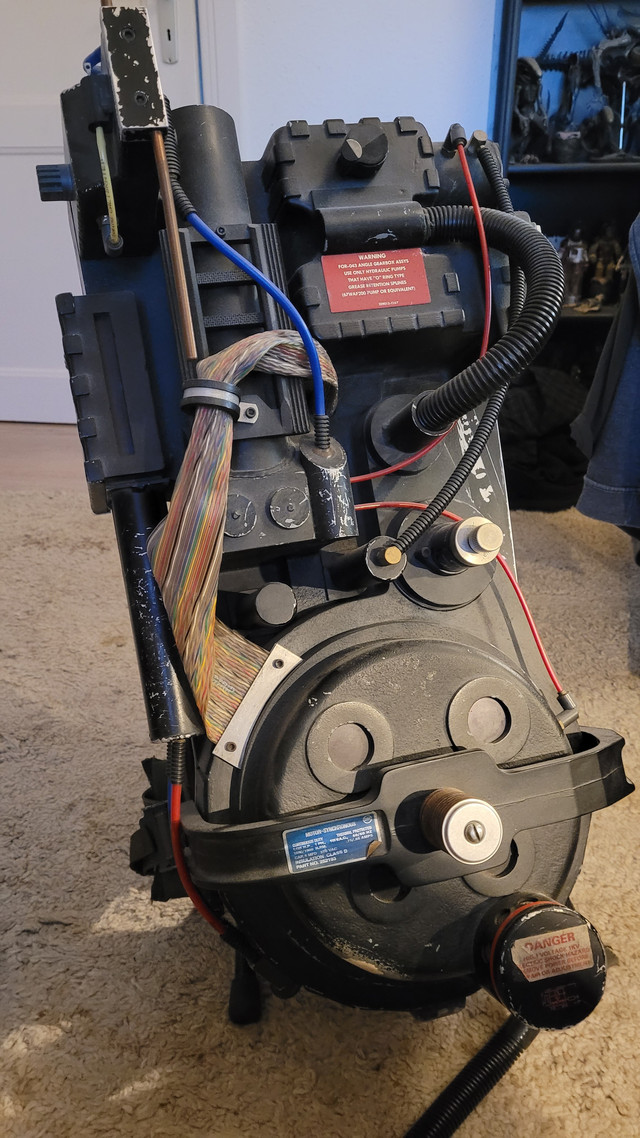 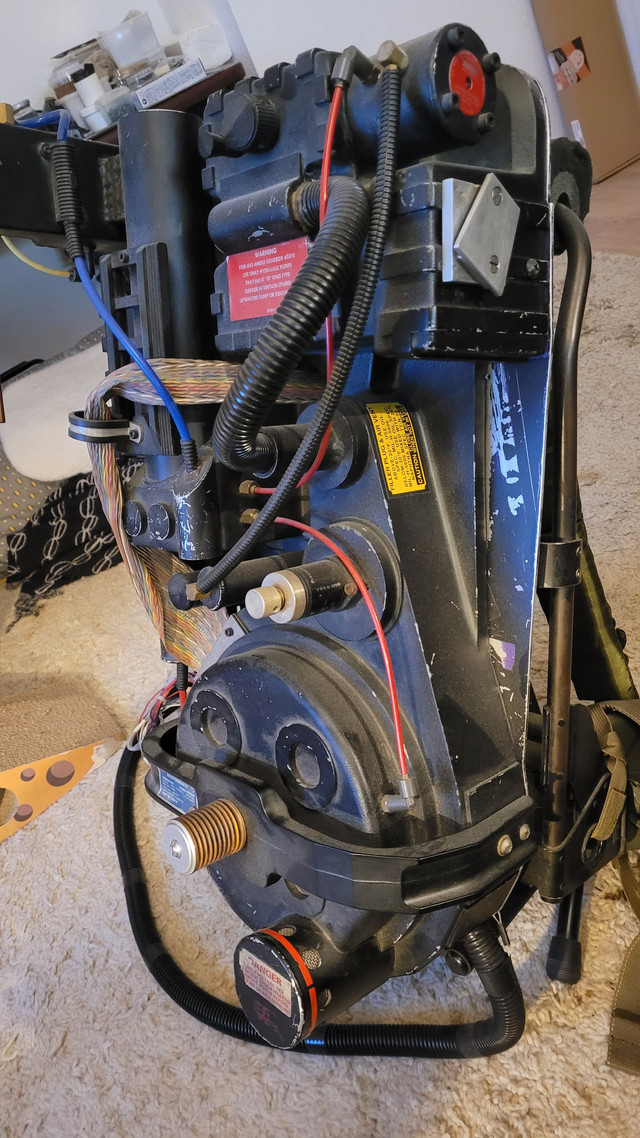 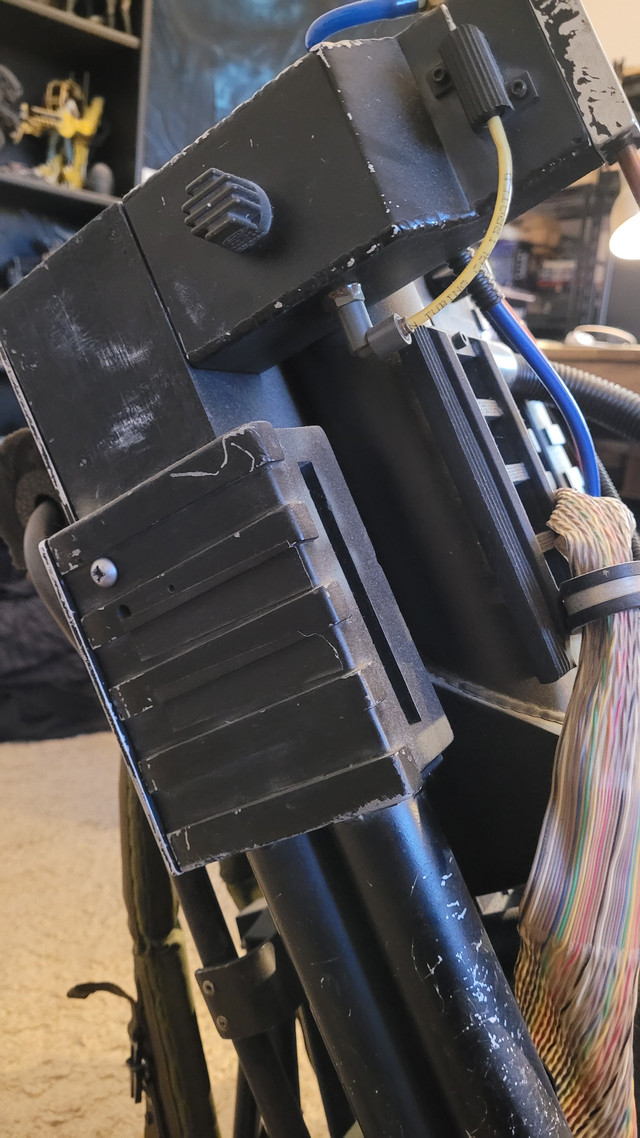 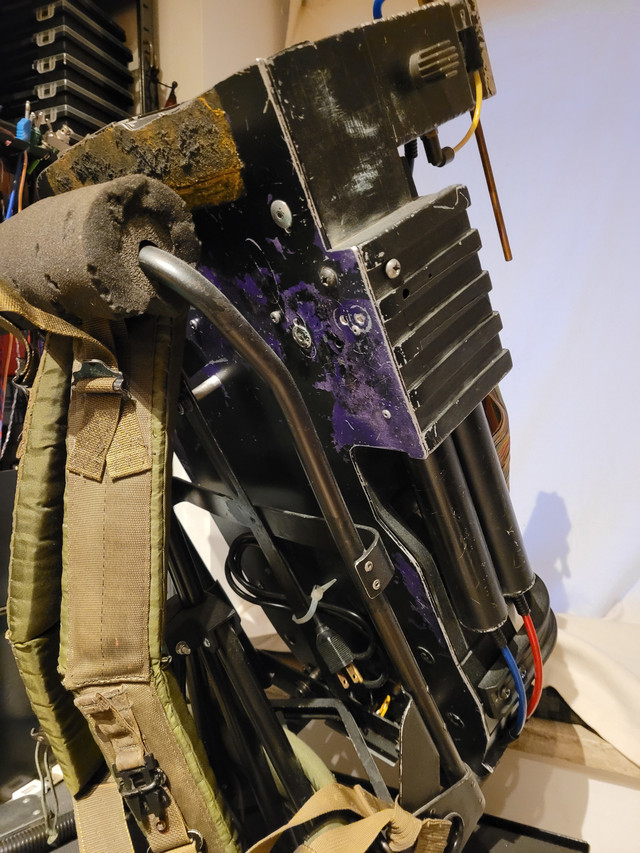 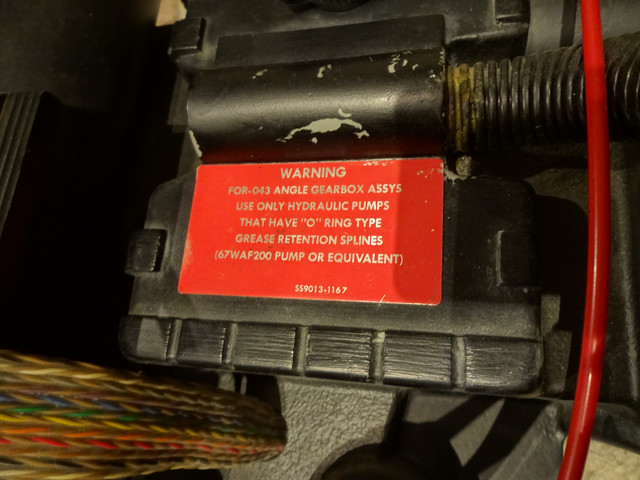 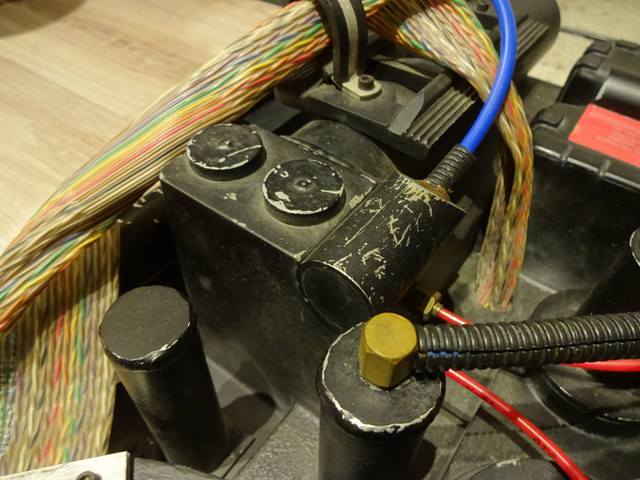 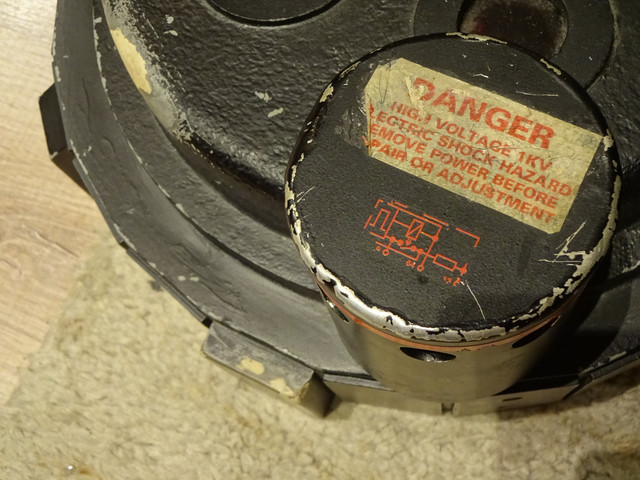 So right now it still doesnt have its new gun, but at least i gave a lot of things on the outside of the pack an overhaul.
For example the LC-1 shoulder straps finally have their extra padding, the bumper is a new remoldeled version of my older bumper, the bracket on the back of the motherboeard is new...and the whole motherboard is new too, which is where it maybe gets a bit more interesting.

I started with a clean board and layed a few basic things out on it...sort of. As you can see some addtional work had to be done to, like putting a litte paint on: 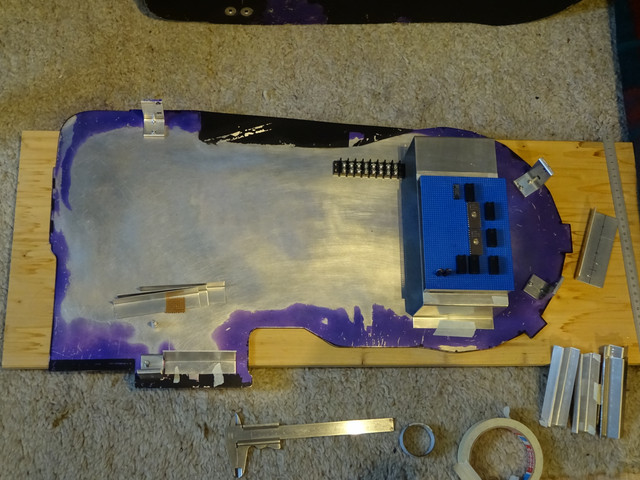 I think i made four Versions of the main bracket that holds the battery and the electronics until i was happy with the measurements i figured out. Oh well, now its good enough, hehe.

Of course a new powercell bracket had to be made too: 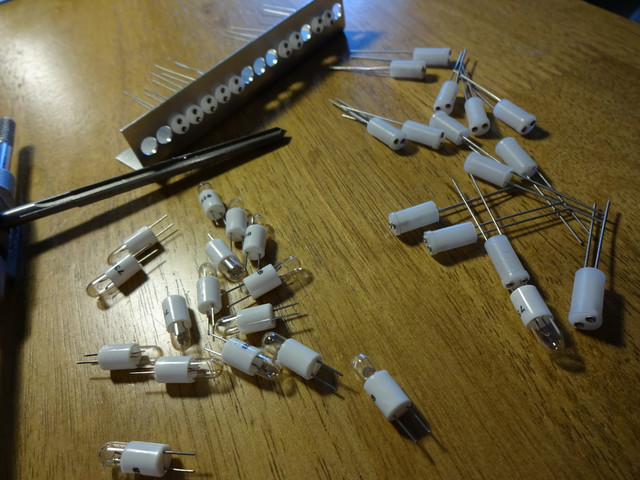 The sockets for the lightbulbs i turned on a lathe piece by piece including a few extras in case i mess up. The keen eye might notice the number of incandescent bulbs is different from most kits you can buy. I have put 16 of them since thats what you can see on that particular pack. 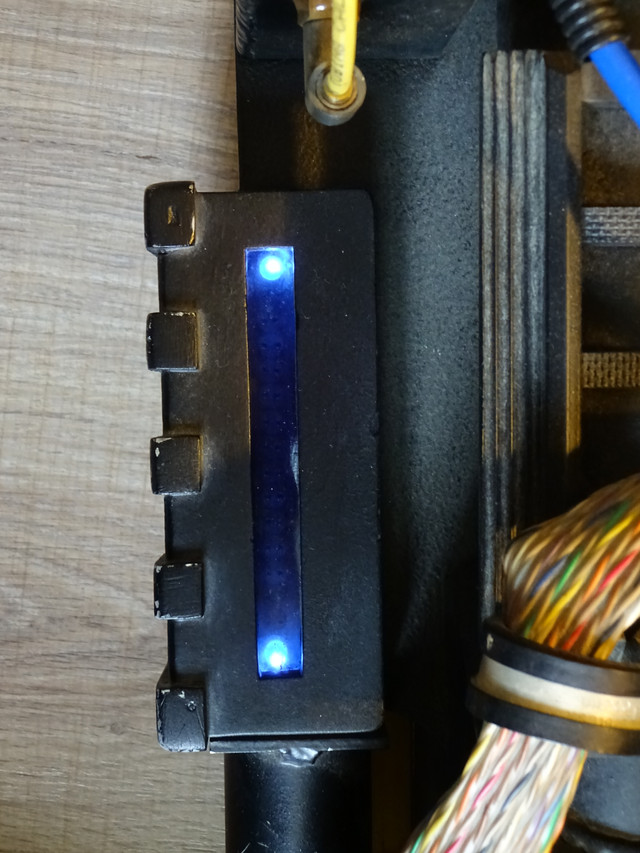 Awesome, it still fits into my existing powercell window!

I wanted to have working electronics while the inside of the pack should still look as accurate as i can get it. So it slowly turned into this: 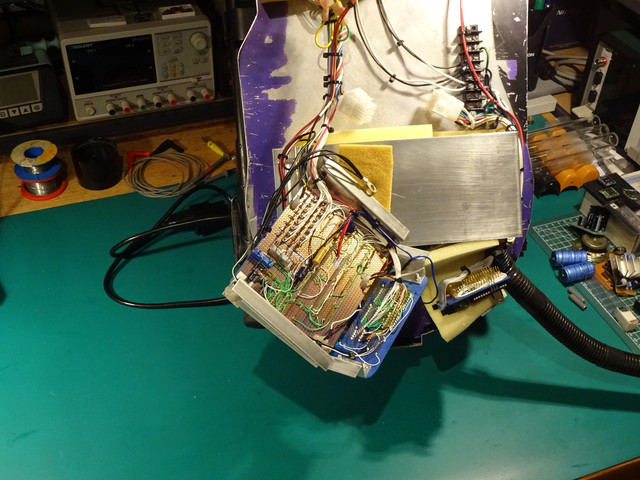 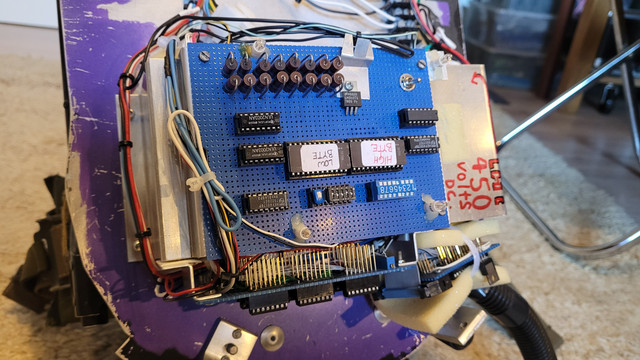 Those EPROMS are not functional but most of the IC´s on the big and smaller boards actually do something. In a nutshell the idea was that the main board and the one below do the pack lights, the small board tucked into the foam on the lower right does the gun, and the fake motorcycle battery which i still havent made holds the sound hardware and the actual Li battery.

Also both power supplies should be working and it would be optional to switch between mains and battery power on the bracket on the back of the motherboard. Note the transformers on my supplies are hooked up for 230V mains and while its not accurate i still wanted to insulate the terminals at least with clear tubing, just for safety reasons: 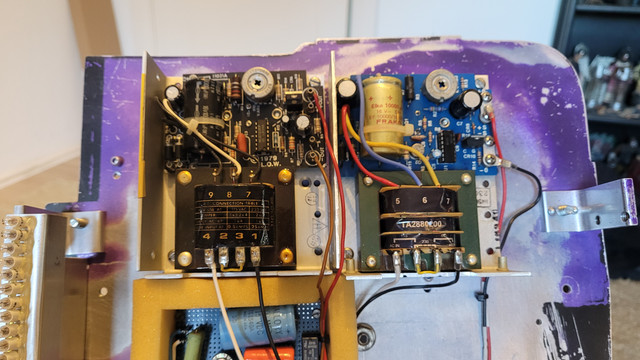 These are the exact models i used: 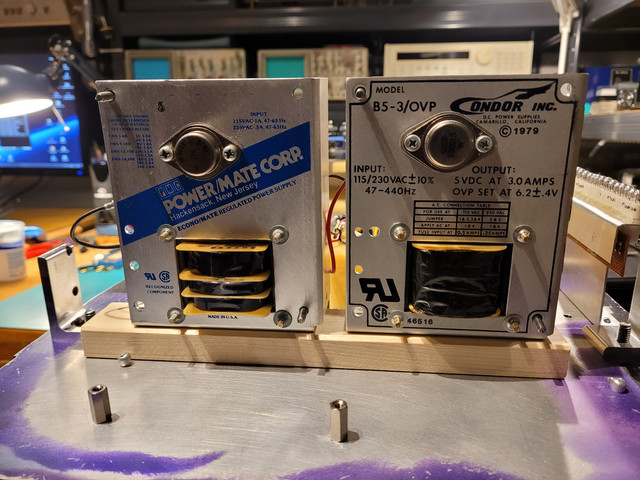 And now here is a nice overwiew: 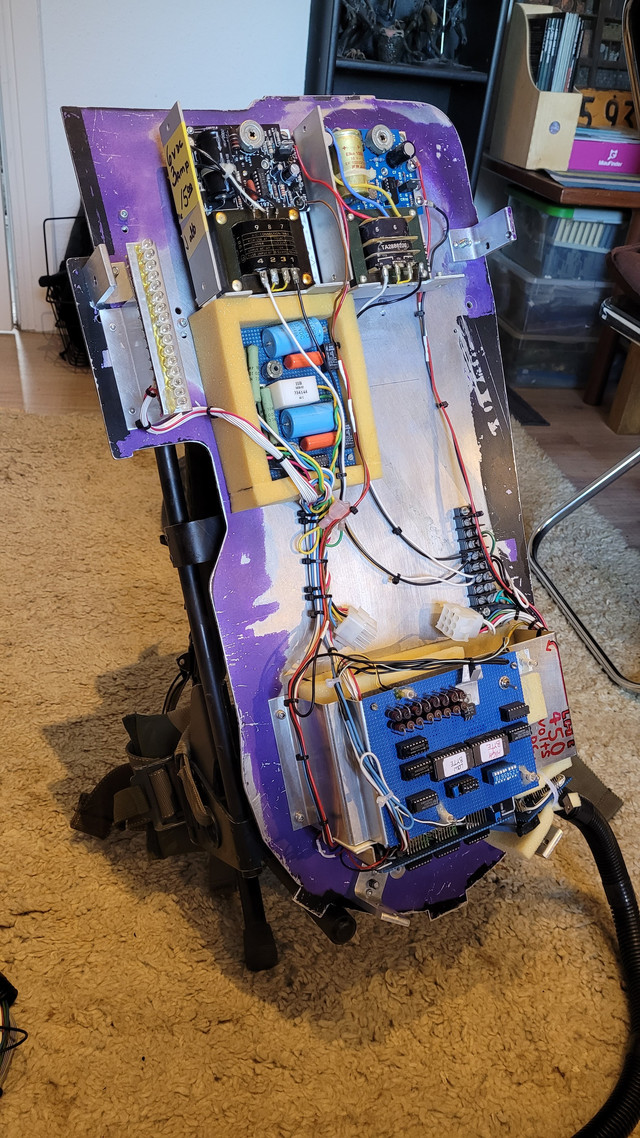 In case anyone is interesed i can maybe find my crazy schematic drawing for this thing or give measurements of the internal metal parts.

Thats it for now, ill try to get some more better pictures soon and i promise there is going to be a post about the gun/wand as well.

Thanks for looking and the inspiration to build my pack!

Bjoern
tobycj, Kingpin, One time and 2 others liked this

Another one in the latest episode of &quot;Gho[…]

Just found this, which I'm going to try on my curr[…]

Yeah the only packs shown on those tables were Sem[…]