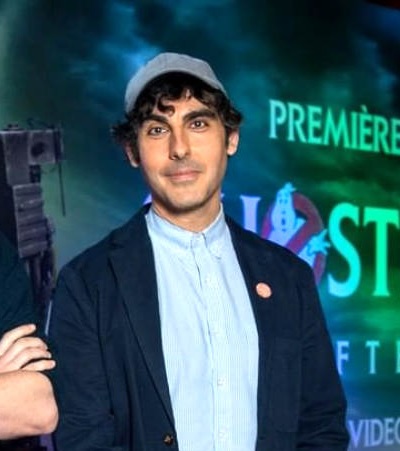 Movie news website Deadline has exclusively revealed that "Ghostbusters 4"/"Firehouse" is set to be directed by Ghostbusters: Afterlife co-writer Gil Kenan, and that Jason Reitman will be moving into the role of writer-producer.

Kenan had this to say on the news of his appointment:

"It’s an absolute honor to pick up the proton pack and step behind the camera for the next chapter of the Spengler family saga."
"I just wish I could go back to 1984 and tell the kid in the sixth row of the Mann Valley West that one day he was going to get to direct a Ghostbusters film."

Following the news, Jason Reitman took the opportunity to pay tribute to his collaborator, and to his late father, Ivan Reitman:

"A few years ago, my father handed me the keys to Ecto-1, and together we made Ghostbusters: Afterlife."
"Words will never express how grateful I am to have made a film with my father by my side. It’s now time to hand those keys to my creative partner and fellow Ghostbuster Gil Kenan, a brilliant director who will keep the Spengler spirit alive. I can only hope to provide him the same producorial care and support that my father showed me."

The article also hinted that Paul Rudd and Carrie Coon would be reprising their respective roles of Gary Grooberson and Callie Spengler.

So, since you seem to be using the factory switche[…]

Part list time! Let me break down what you'll be s[…]

How difficult would it be to change the power cell[…]