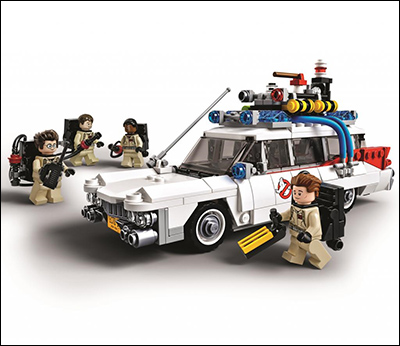 A little while back LEGO broke the news that they would be producing an official Ghostbusters set, following one of their recent Cuusoo votes.

With the opening of this year's ToyFair NY, Lego have debuted the Ghostbusters 30th Anniversary set, as well as providing a few more details concerning the release:

- The set is scheduled to go on sale in June of 2014, right in time for the film's 30th anniversary.
- The set will retail for $49.99.
- Ghostbusters Fans will have the set available for pre-order soon!

Click here to see more photos of the set.
Feeling overwhelmed by the Covid-19 pandemic? Please visit The Support Thread. 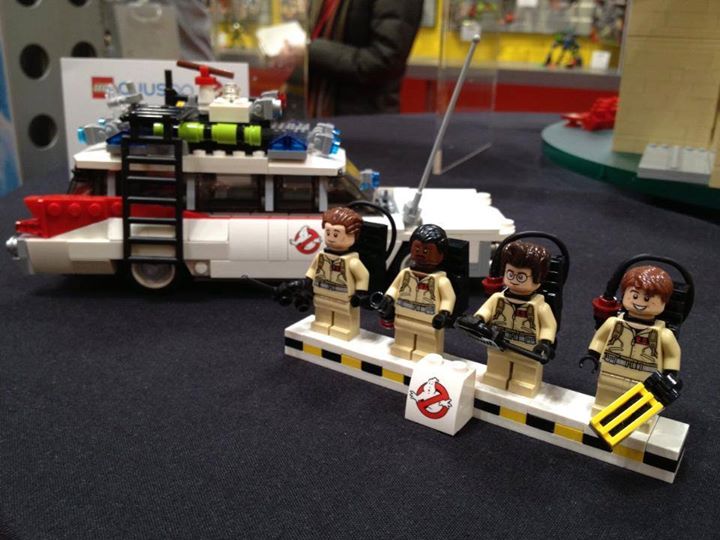 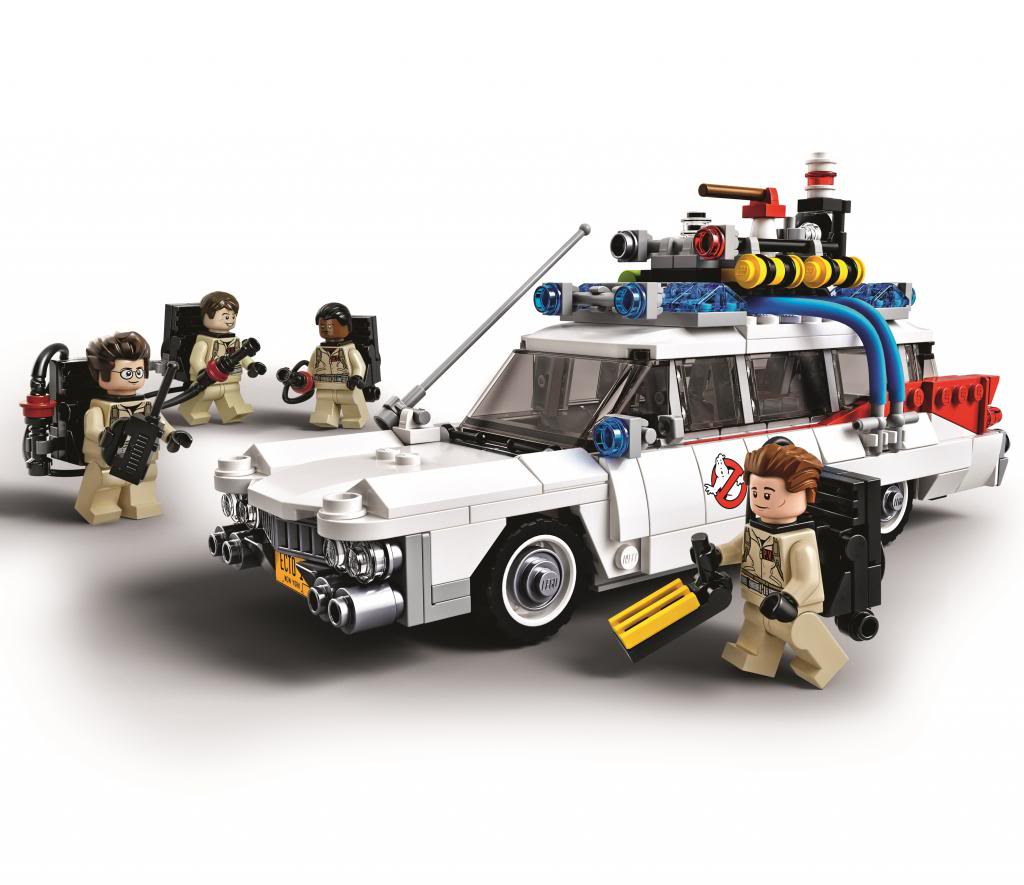 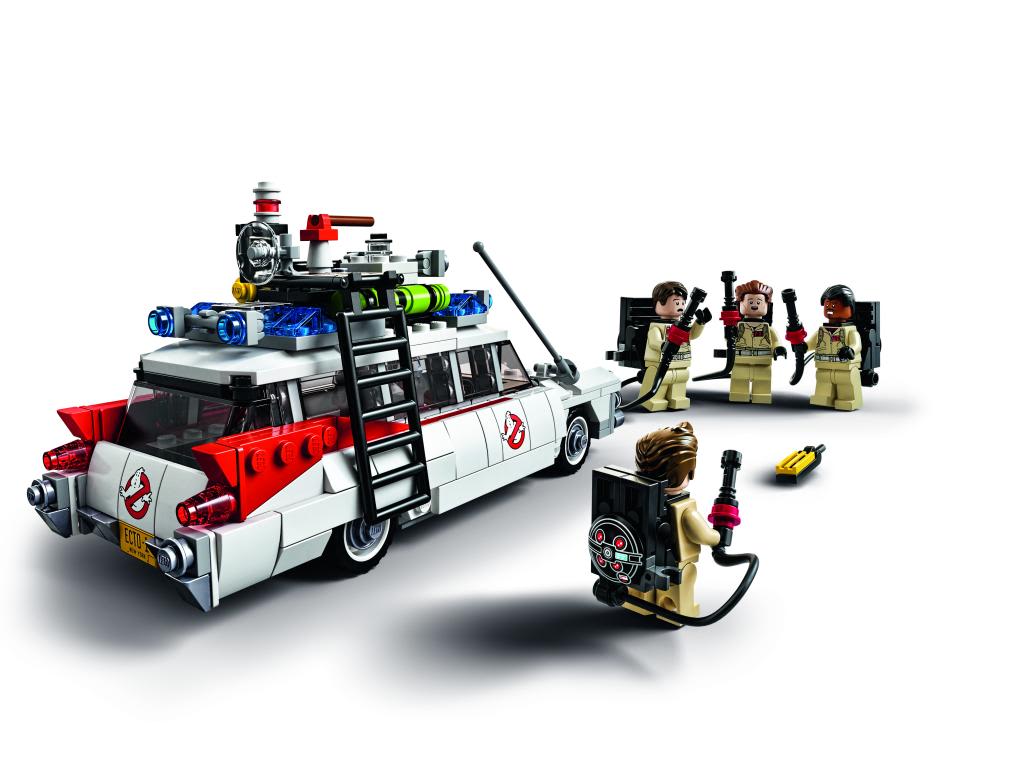 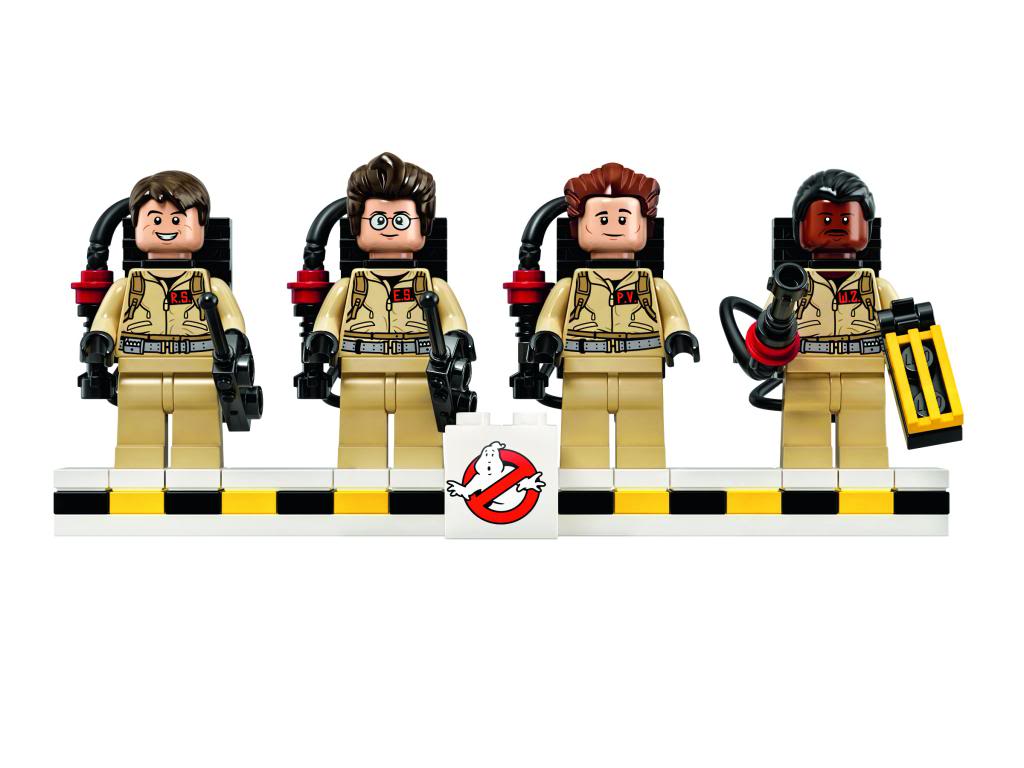 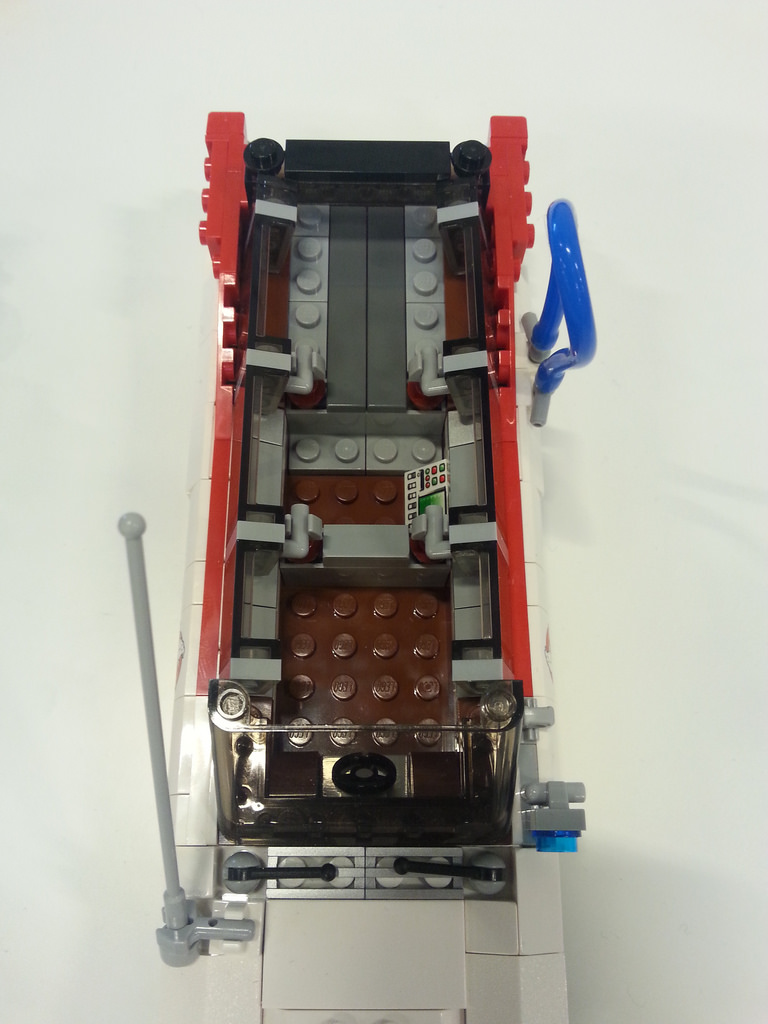 Edit: A Gallery of shots, including a look at the interior have been posted (as well as what appears to be a fresh attempt by LEGO at making a LEGOLAND-scale Ecto-1): Link

And for comparison, the original Cuusoo models: 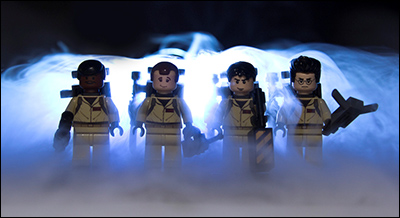 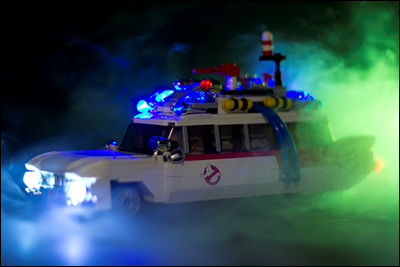 Additional notes:
The set is composed of 508 pieces, including customised bricks emblazoned with the Ghostbusters logo, Ecto-1 licence plate and the Proton Pack Cyclotron.
Ecto-1 can hold three of the Ghostbusters, and features a removable roof.
Each Ghostbuster has a Proton Pack and each Ghostbuster's body features a unique nametag.
For UK fans, the set prices in around the £29 mark, however this is likely before VAT.
In comparison, the Back to the Future DeLorean set cost $58.59/£34.99, so it appears to actually be cheaper than the DeLorean set.
Feeling overwhelmed by the Covid-19 pandemic? Please visit The Support Thread.

The scared faces in the scene showing the pack are funny.

Jordin wrote:Now I know how the BTTF guys felt about their set. I'll still be picking this up though.

Failing that though, there's still the BrickForge offerings: 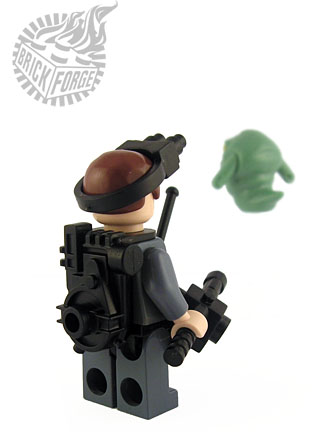 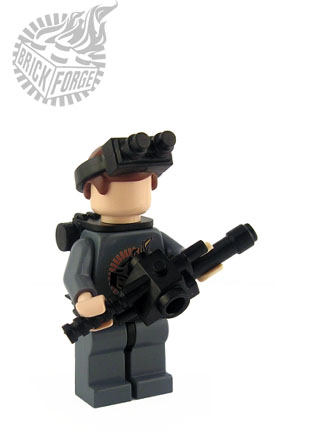 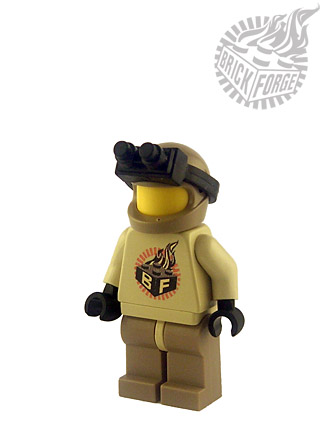 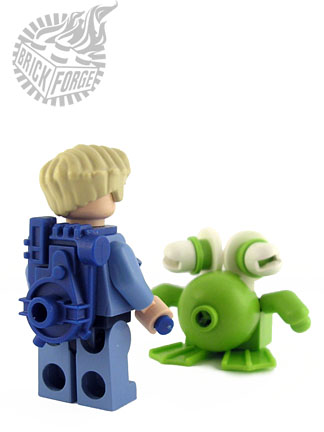 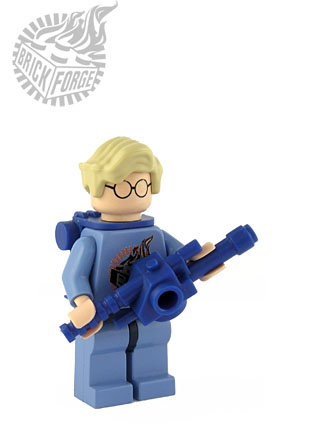 I do think the Ecto looks great! I'll definitely be getting this.
~Jay

Jordin wrote:Now I know how the BTTF guys felt about their set. I'll still be picking this up though.

Neither, just some of the changes to the car and the packs is all.
"She did the no pants dance, with Ray Stantz!"

PssdffJay wrote:I don't like what they are using for Peter's hair. I think the cuusoo had a better sculpt.

Unfortunately Cuusoo is very strict about any custom pieces in submitted sets.
Feeling overwhelmed by the Covid-19 pandemic? Please visit The Support Thread.

Kingpin wrote:It should be fairly easy to customise this kit to be the Ecto-1A.

By Ecto Batty -  February 17th, 2014, 11:15 am
-  February 17th, 2014, 11:15 am#477025
Not happy with the proton packs, that's for sure, and i really think they could have included a ghost without creating new molds. And why no 1a conversion? If it was going to be in the set we would have seen it here I think. The car's fine though, not that I need it, seeing as I have my own. Will definitely still pick it up though. I hope we can get additional sets from high sales.
"They started Christmas before Halloween this year! Santa came to my house dressed as Dracula!"
My Lego Projects:http://www.flickr.com/photos/ghoulishgraves

By Flash.Bogreen -  February 17th, 2014, 11:31 am
-  February 17th, 2014, 11:31 am#477029
My daughter collects lego & if you have spare lego parts, the packs look to be very easily customized by adding a couple extra blocks onto the back. I too was not impressed by the packs, but after looking through the kids lego I am very opttimistic they can be made to look better. 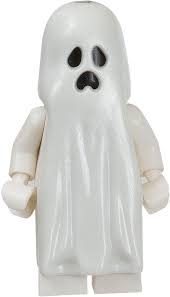 Kingpin liked this
"They started Christmas before Halloween this year! Santa came to my house dressed as Dracula!"
My Lego Projects:http://www.flickr.com/photos/ghoulishgraves

My Ghostbusters Collection: http://www.gbfans.com/community/viewtop ... 89&t=34238
Who Ya Gonna Collect? Blog

That is a cool detail! Too bad it's hidden.
I found a decent Slimer custom minifig, if someone wanted to "complete" the team:

Heroic35 wrote:The name tags throw me off but only so much space. Getting two sets myself: one box and one play.

Mine could fit the whole surname

(but the pack straps are extremely thin)

And the LEGO Rotta the Hutt makes a nice Slimer IMO 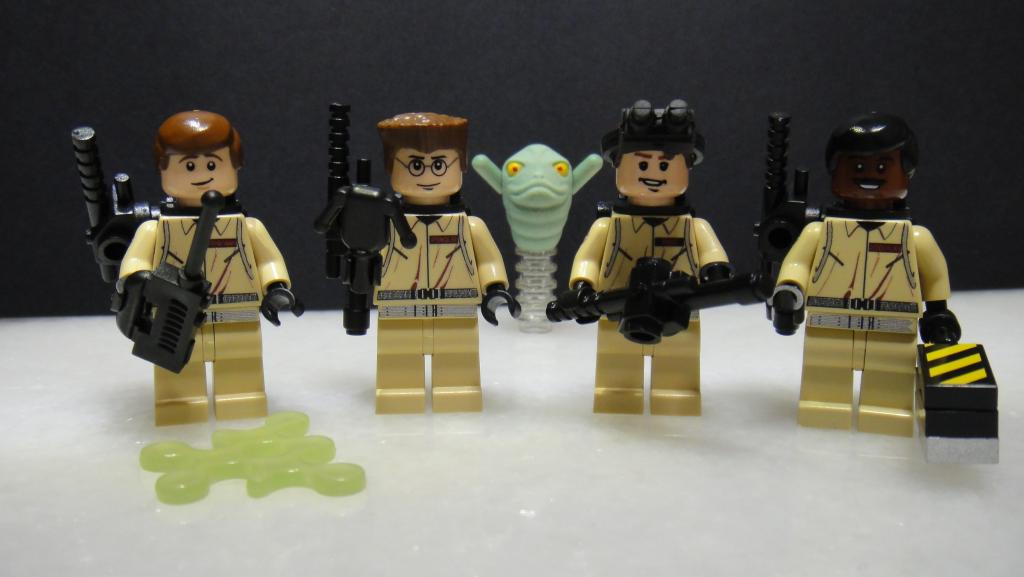 GabOchoa wrote:The only thing I don't really like about the original set is the lack of the logo in shoulder of the fig. Nowadays LEGO can print arms and legs, dunno why they chose not to.

These LEGO's have no logo on the arm and the new minimates have a logo on both arms. They just can't get it right. I guess you could switch a lego and minimate arm and have the best of both worlds.

Can't wait to pick up this ecto though.