By softee35 -  October 7th, 2015, 5:14 pm
-  October 7th, 2015, 5:14 pm#4845540
I've been searching for a few weeks now and can't seem to find an answer. Why doesn't the community come up with a standard sizing/template/font/etc for the patches, especially the name tags? It seems like everywhere I look people say this guy is very close or that girl needs a little tweek. I saw that certain parts of the proton packs have widely accepted names from the community. Why not move that into other aspects? It was really frustrating seeing how wide of a range in quality and size the patches out there are.

These are pretty spot on as far as size and accuracy goes (for the name tags):

You're tags are great, what I'm coming across is people seem to be worried about uniformity with patches quite often. Maybe it's a budget thing and they go elsewhere or just a rookie and don't really do homework.

pyhasanon wrote:This is the first I am hearing about people being "worried" about uniformity of patches...

Seconded. I've been doing this hobby for a decade and that's never been an issue. I mean it's all down to personal preference I'd say. My group uses Katarra patches and name tags, some use the ones AJ sells here and some use others. It's really all about personal preference on look and price. There's no uniformity when it comes to patches. as long as there is a no ghost on your sleeve and a name on your chest you're pretty much golden
"So your alien had a room at the Holiday Inn Paramus?"
www.facebook.com/seoghostbusters "Serving Southeast Ohio since 2011."

I've ordered several patches because they all say "authentic" and/or "replica" in their descriptions. I laid them out by width. The top is the smallest, but won't lay flat. As you can see each one is different. I don't think it's a matter of preference, at least when it comes to character patches. You can call me an uber geek, but movie canon is movie canon. Now based on those character patches the dimensions of the text and at least one aspect of size should be used when creating a custom patch. Heck, I don't think I'm the only person who thinks uniforms should be uniform.

You know, for a newbie to the forums, you sure are pretty critical at judging us...
-- Phil

By TheKevinShow -  October 13th, 2015, 3:10 pm
-  October 13th, 2015, 3:10 pm#4845996
As I've said before, this community isn't the 501st Legion. If your patch isn't perfectly proportioned, people aren't going to dismiss your work as useless. There's a great deal of creativity and leeway allowed here. If your patch is 1/16" narrower than the screen-used patches, you'll be fine.
Kingpin liked this
In which TheKevinShow begins 3D printing a pack

But who's to say that even those patches are made the same anyway? Especially if it says it's screen used; but it's a stunt suit.

Honestly though--It's just a nametag, who cares? You're like the only person I've seen that is like balls deep about this, man.

It's just a costume, lol.

By LandoSystem -  October 13th, 2015, 3:43 pm
-  October 13th, 2015, 3:43 pm#4846000
I can see where the OP is coming from. There are guys here so dedicated to accuracy they've tracked down original pack electronics and even paint the inside of the mobo the same color as the original.
Incredible attention to detail and accuracy only a few people in the world would recognize and even fewer would ever see.
So I understand the desire to have supremely accurate, definitive nametags. It's not my thing or anything I care too much about but I encourage the OP to research and dig as much as possible and post up what he finds.
TK5759, deadderek liked this
Lando System?
Lando's not a system. He's THE MAN. 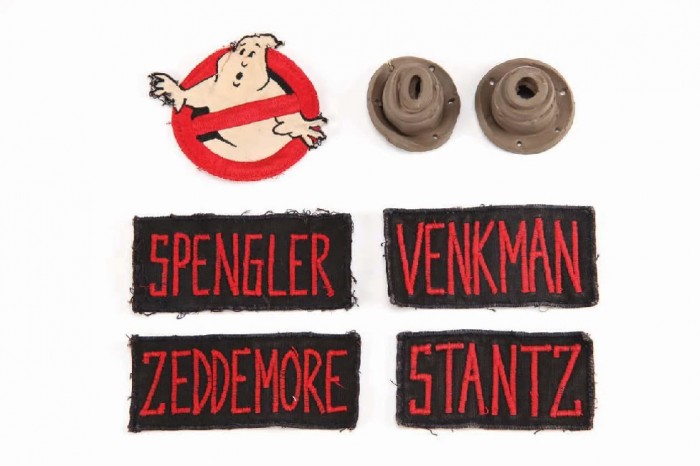 If you compare the reference images to the nametags AJ sells, you can see that they're true to the proportions and varying lengths of the originals. The measurements come from one very specific screen-used nametag that we were lucky enough to have close-up reference shots against a risptop background for scale, giving us the 2.2" height (mil-spec cotton ripstop fabric is a 1/4" grid): 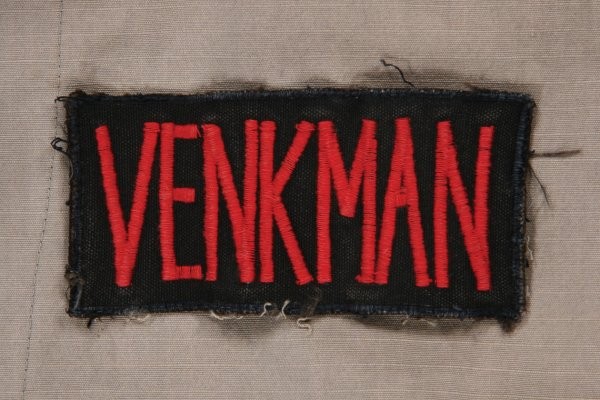 Hell, even the nametag fonts are just "close enough" because no two of the handmade letters are identical. Check the differences in the "A" in Venkman or the "R," "D," and "N" in the other names. Each letter is based on a specific character from a specific nametag, usually the ones we just happen to have the best reference shot of. It's like trying to come up with definitive specs of someone's handwriting. Nonetheless, the fonts do exist; I host one that I made on my site, and I believe JayM created one as well.

While we're at it, not even the No-Ghost logo patches were identical. Look at the differences in the eyes, fingers, etc.: 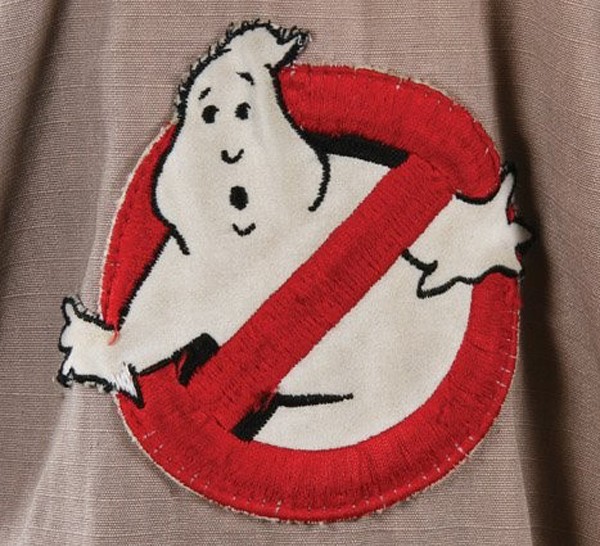 In short, we use words like "reasonably accurate" and not a definitive list of measurements because there is no such thing. If you want the closest "sanitized" machine-embroidered approximation of the specific set of rough, hand-made originals that we have reference of, just comparing the reference to AJ's should be evidence enough that his are the most accurate.

If it's down to being cheap, a newbie, or just not looking into it enough, we can't save everyone. Though, if you're going to lose sleep over everyone else's stuff not being as accurate as yours, you might just be looking into the wrong fandom.
Some_Guy, TK5759, Kingpin and 3 others liked this
Want to build your own uniform accessories?
Check out my Templates, Patterns, & Downloads!

Decided to beef up my pack by using some electrica[…]