By Tyler Martin -  June 9th, 2016, 1:52 pm - Posts: 153
-  June 9th, 2016, 1:52 pm #4866989
The Twin Cities Ghostbusters (creators of GHOSTBUSTIN' 911) are gearing up to produce a cinematic spin-off fan film. Cory Deveney (GB911's Dr. Tyler Martin) has written a script that follows his character and the creation of a second Twin Cities branch across the river from the GB911 crew. This script will not be the reality TV show style that has come to define Ghostbustin' 911, but will be more cinematic in scope and keep the spirit of the original Ghostbusters films, cartoon and video game.

We recently launched a Kickstarter campaign to help fund this venture, but one of the best things about Ghostbusters fans is the drive to help charities wherever possible. Therefore, we have decided to donate a portion of whatever our kickstarter raises towards cancer research and awareness.

Why is supporting that cause special to me? Because it's personal. The day I picked up the 1963 Cadillac I bought and intended to turn into my Ghostbusters car was a very bittersweet day. My friend Jason and I flew out to Washington DC to buy it and drive it home to Minnesota. About a third of the way home, I got a call from my brother-in-law telling me my mother was diagnosed with stage 4 lung cancer (never smoked a day in her life), as well as cancer of the lymphatic system. The joy of driving my new car became a panic to get home in time to be with her. They also found 3 tumors in her brain. After chemo treatments and gamma knife procedures on her brain, both the cancer and brain tumors were virtually gone, pleasantly surprising even some of the doctors.

Shortly after, my family was hit hard again when my father was diagnosed with throat cancer. After surgery on his jaw, several focused radiation treatments, and a difficult recovery that forced him to relearn to swallow solid foods, the doctors were able to declare my father's cancer officially cured!

The day I brought my ECTO home, the doctor that first diagnosed my mother gave her 6 to 9 months to live. I've had both my ECTO and my mother in my life for 5 years now, with plenty more to come. I experienced first hand how cancer can blindside a family and scare those it effects and their loved ones half to death. However, I also experienced the sheer joy of watching, not just one, but both of my parents beat it. I want to do something to help other's turn that tragedy into triumph over cancer. Please help us make a great GB fan film while helping to fight cancer by donating to and/or sharing our Kickstarter campaign. Thank you. 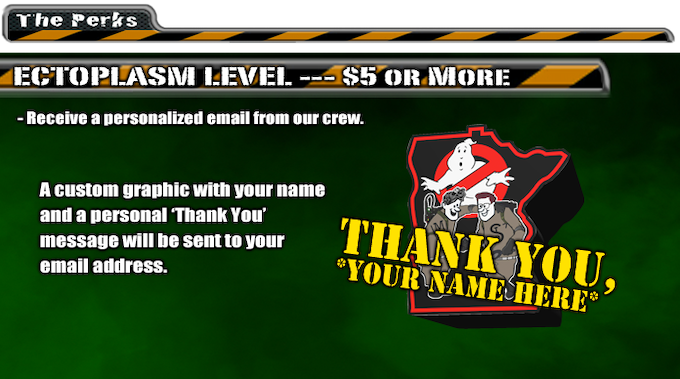 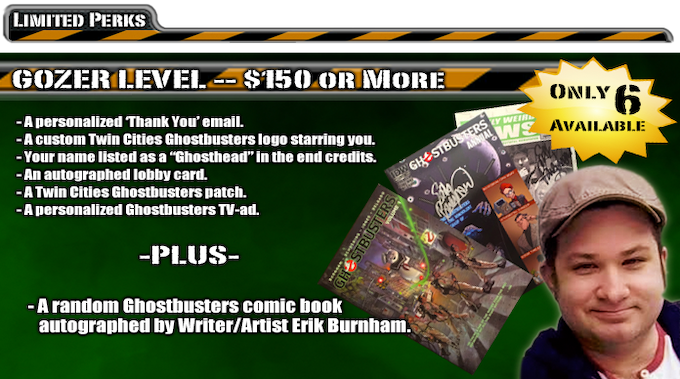 Wow! There’s something I would almost have[…]

So I found this, and I'm wondering if anyone has s[…]