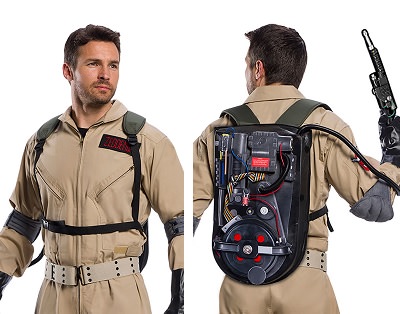 HalloweenCostumes.com has posted an update to its website featuring listings for a new Premium Ghostbusters costume, with versions designed for adults and children.

The premium costume appears to include the following*:
•Jumpsuit - A fair reproduction of the Nomex flightsuit, minus the pocket on the left arm.
•Velcro-fastened elbow pads
•Embroidered logo patch
•Embroidered nametag - with a selection of the four Ghostbusters available.
•Webbing belt
•Proton Pack with detachable Proton Gun.

The costume is similar to the Grand Heritage costume sold by Rubies two years ago, however the Proton Pack has been simplified compared to the earlier effort, whilst the rest of the costume itself has been expanded upon - featuring more elements to recreate the iconic look.

In addition to being marketed towards the United States market, the costume will also be available to the United Kingdom via HalloweenCostumes.co.uk

*Final details of the accessories included with the costume will be amended upon the release of further information from HalloweenCostumes.com
**The UK site for HalloweenCostumes didn't have a listing for the children's costume at the time of writing.
What would Ryan do? 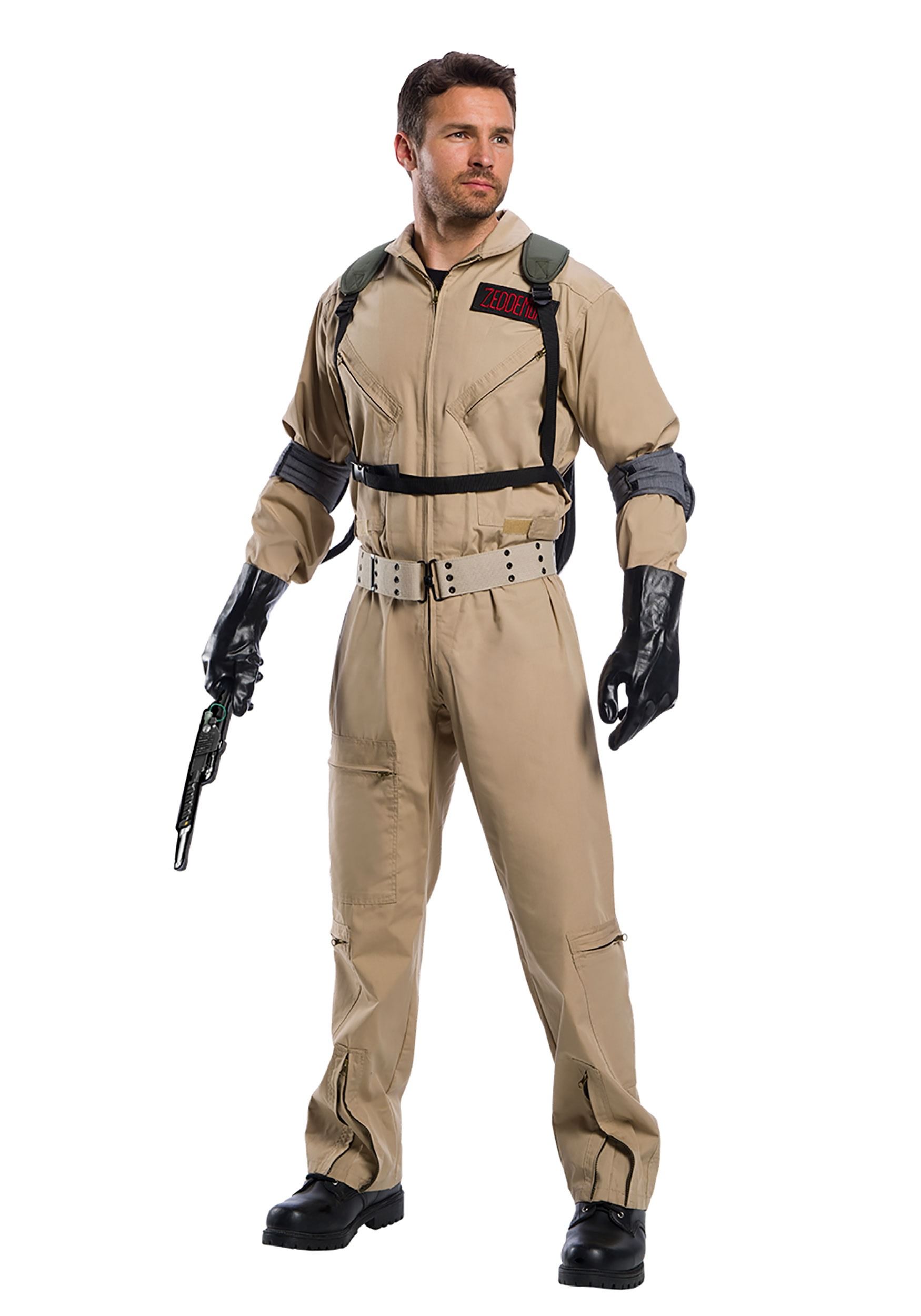 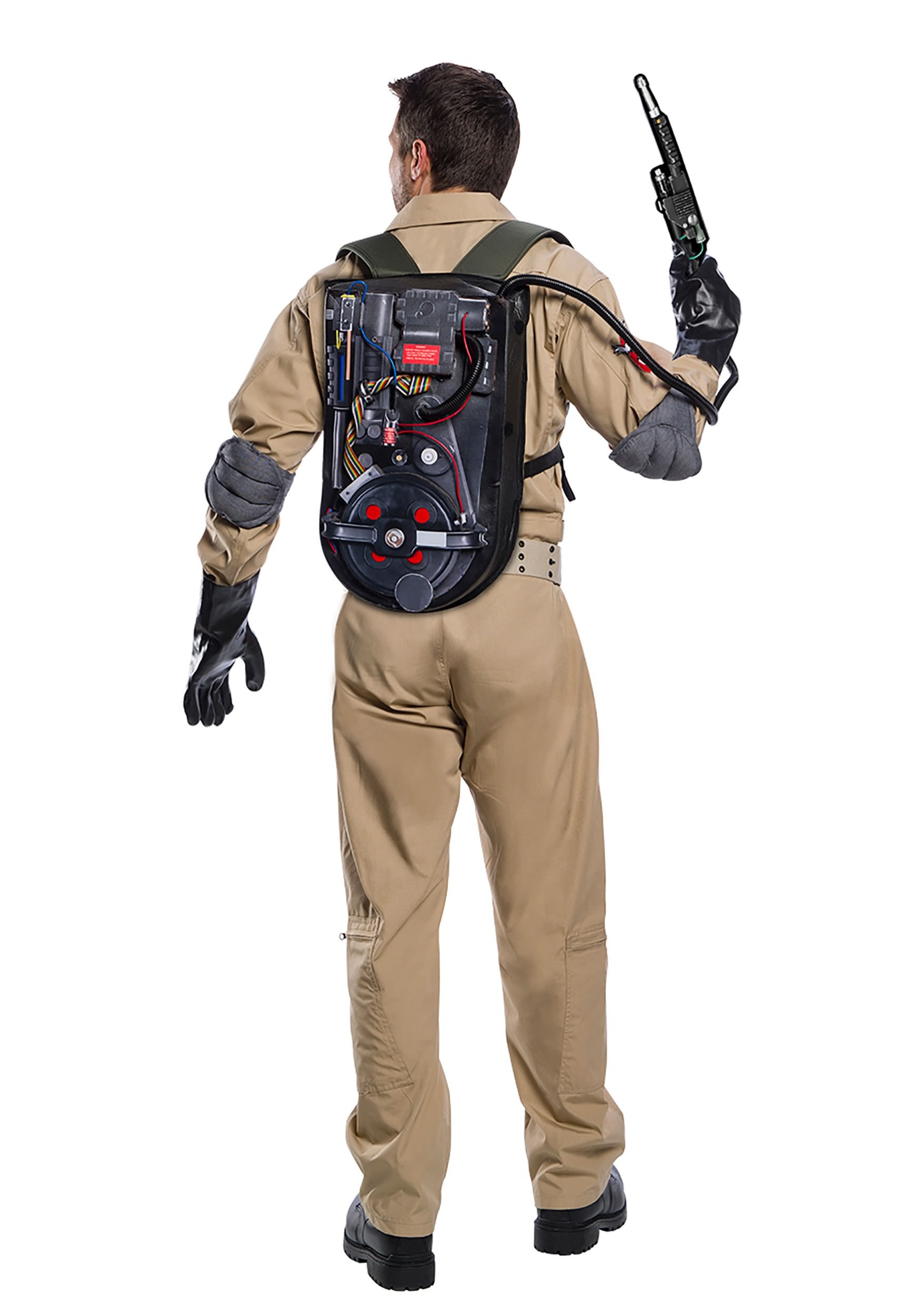 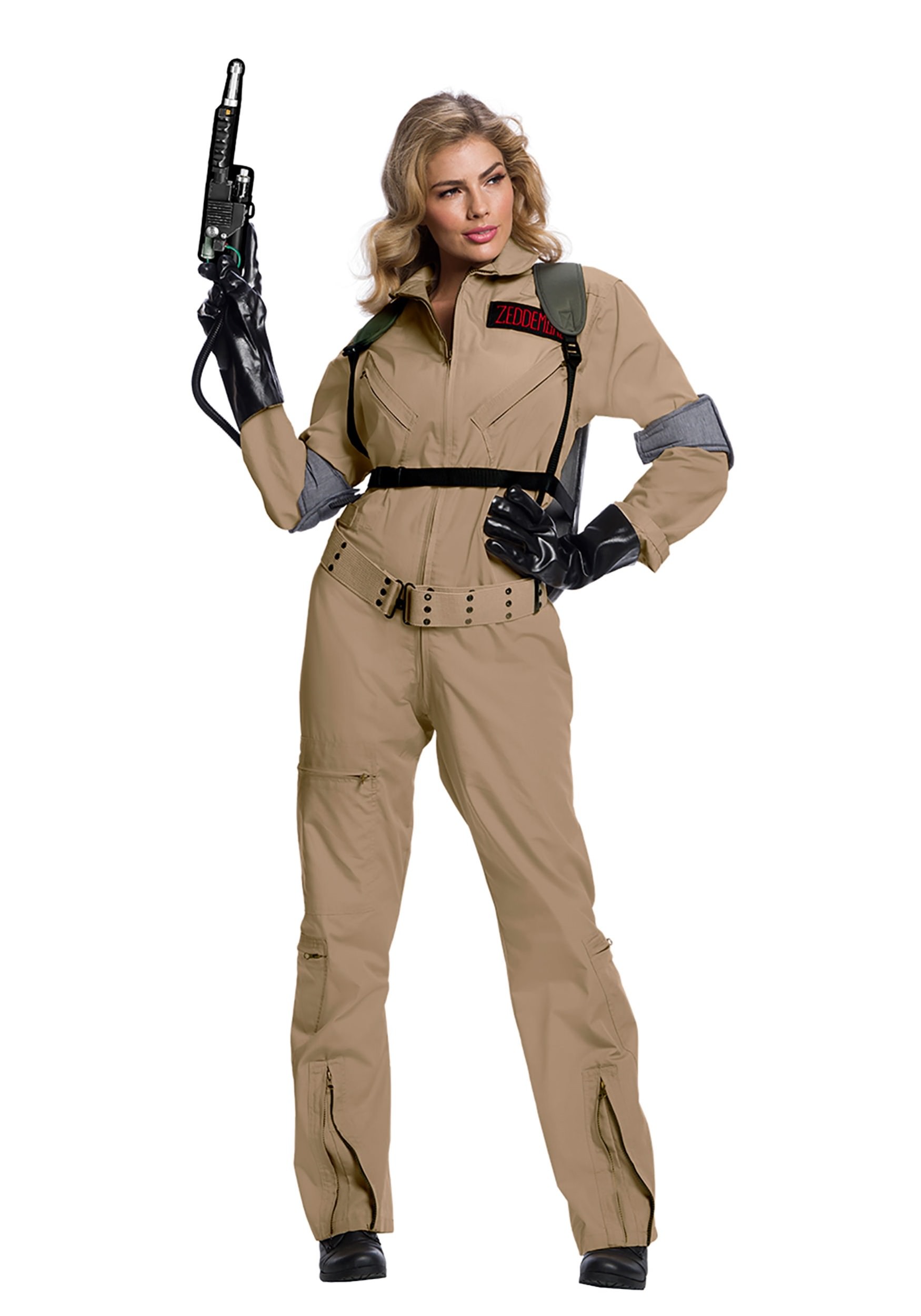 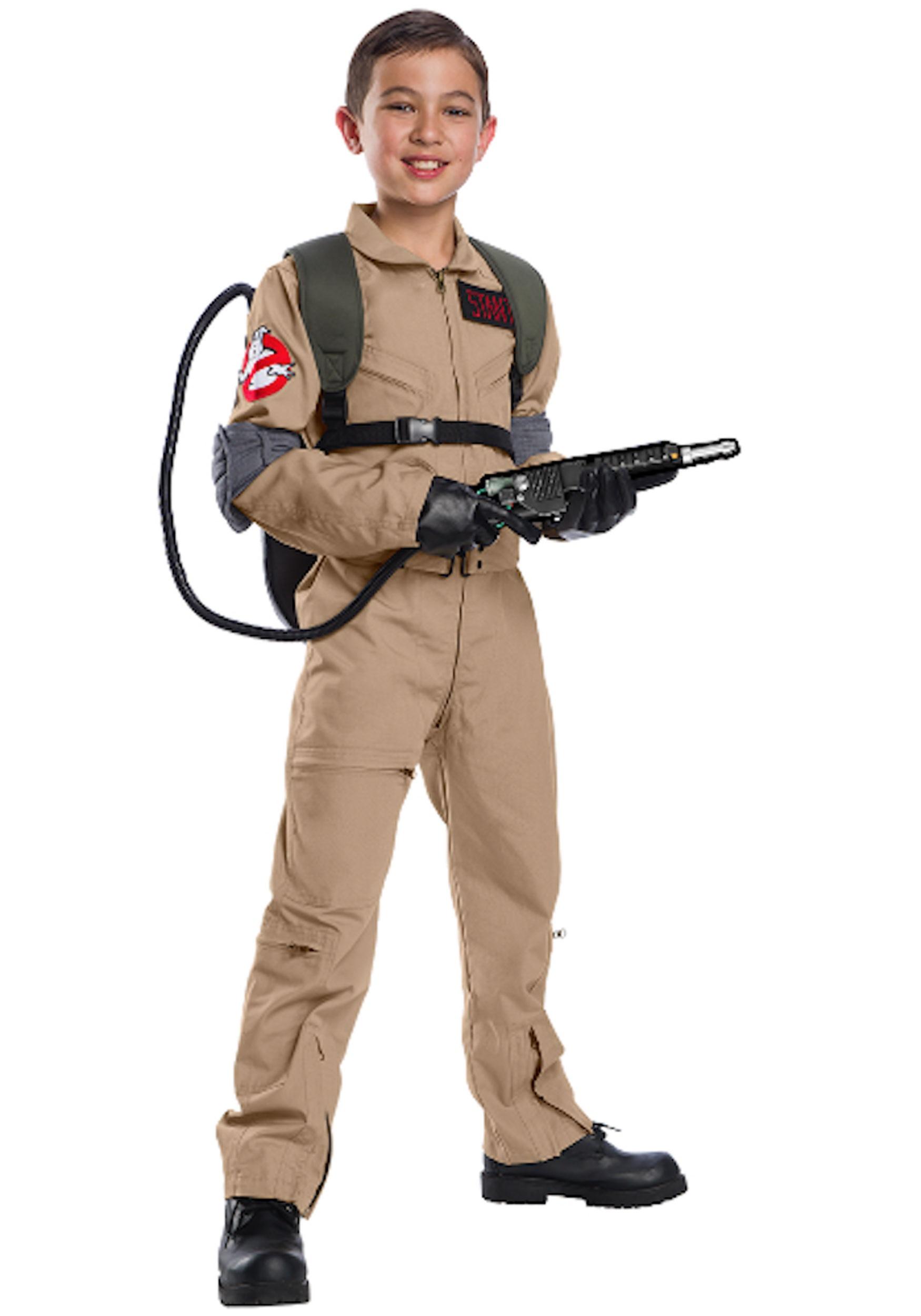 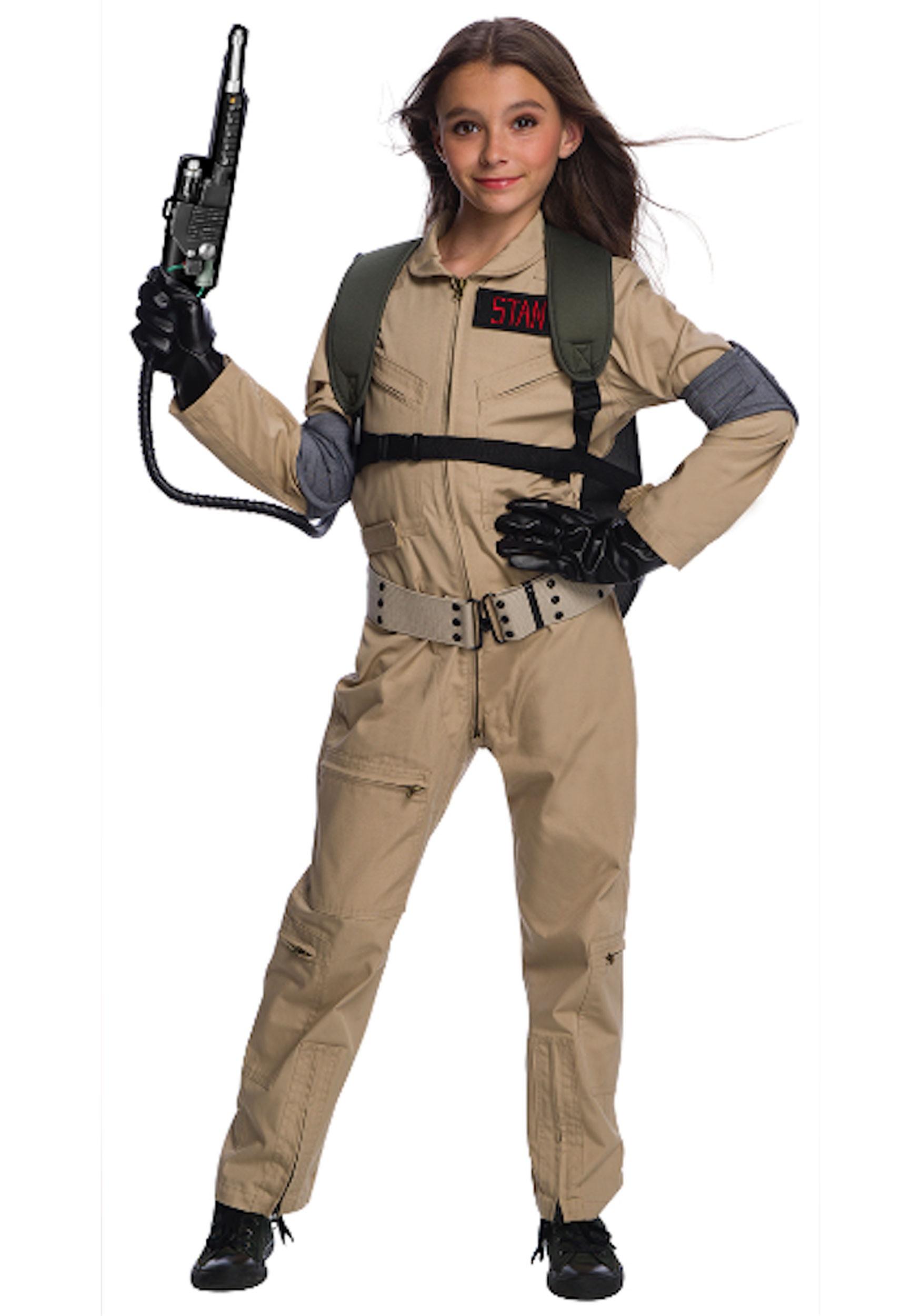 ...all that nice work on the uniform and they churn out a proton pack like that?! Someone in the design/production department came up with that look and everybody was okay with it?!

...all that nice work on the uniform and they churn out a proton pack like that?! Someone in the design/production department came up with that look and everybody was okay with it?!

While a more three-dimensional Proton Pack was offered with the previous version of this costume that was sold, it retailed for $200 more than the new suit... So while it's not a fantastic looking Pack, it is, as Larry observed, better than the inflatable one. There may have also been a contractual limitation, given Spirit is producing 3D Proton packs.
What would Ryan do?

-  September 27th, 2018, 4:28 am #4909328
Jason over at GhostbustersNews has posted a video of the new suit, and I gotta say even with the Pack the way it is, it looks pretty good. A definite option to go with if you want to dress as a Ghostbuster for a Halloween party/bar crawl and you don't want to get your main suit messed up.

https://www.youtube.com/watch?v=DLES_yP7L6o
What would Ryan do?

I would say that the cheap pack was a good move if it allows them to add so many bells and whistles (gloves, belt, AND elbow pads?!) At this price point. They MUST include some pack in order to sell it as a complete costume, but a savvy company knows a certain percentage of people will buy a Spirit pack to replace it, and a certain percentage will do some sort of build.

Finally, can we take a moment to appreciate how truly atrocious the Halloween costume marketing is for girls and women? The photographer clearly KNEW how a neutrino wand was supposed to be held, they have both the boy and man models doing it right. But for the woman and girl, it's hand on hip, wand in the air, hair blowing in the wind; and even though they are presumably fighting ghosts, they still have the woman model doing this dumb seductive look. Just gross.

Edit: looked at the pictures again and the adult male model's pose is dumb too. So maybe not quite as sexist, but still stupid as heck.

By randomZERO -  October 16th, 2018, 3:34 pm - Posts: 87
-  October 16th, 2018, 3:34 pm #4909970
I just got my daughters today. I am seriously impressed with it. The suit is built like an adult flight suit, the fabric is a little thinner though, which is good. All the accessories are very good. I would highly suggest getting a spirit pack to make a very awesome store brought costume. Ill post another picture with her wearing it. 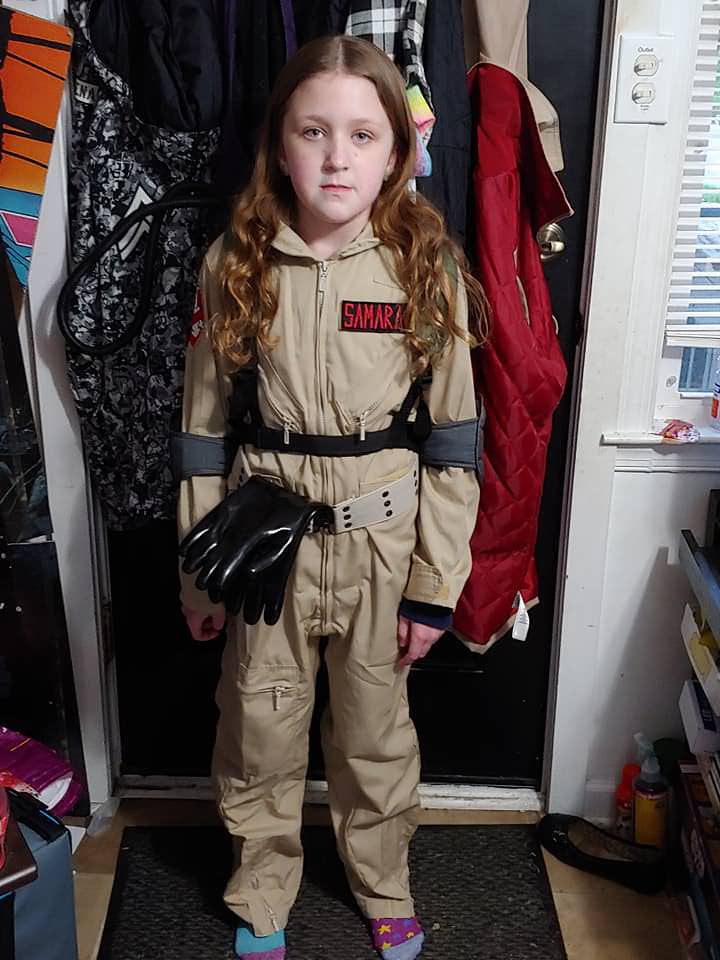 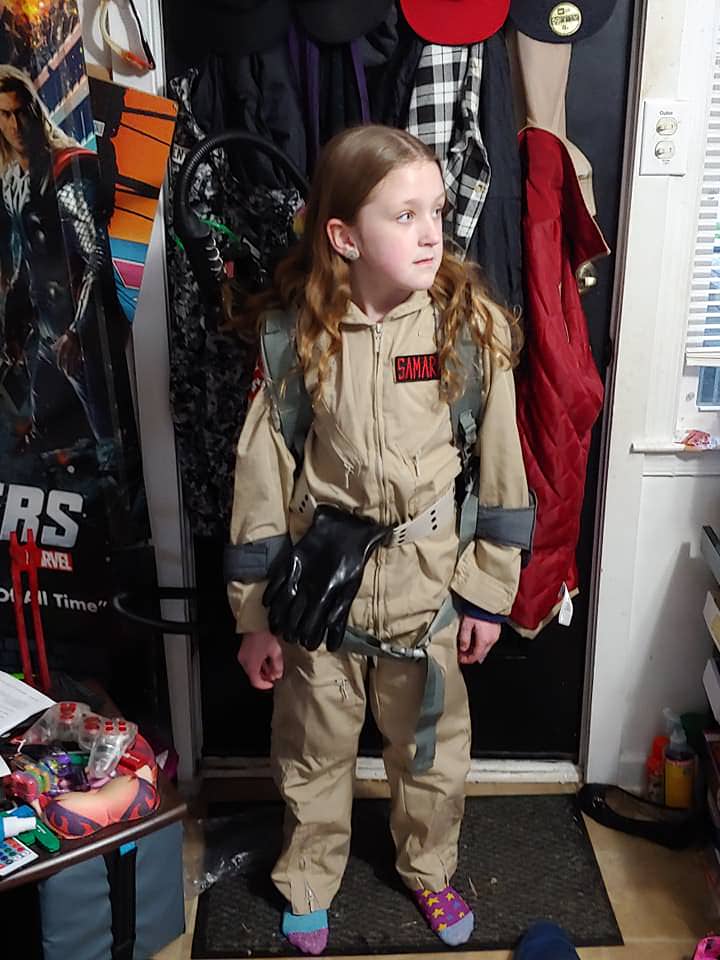 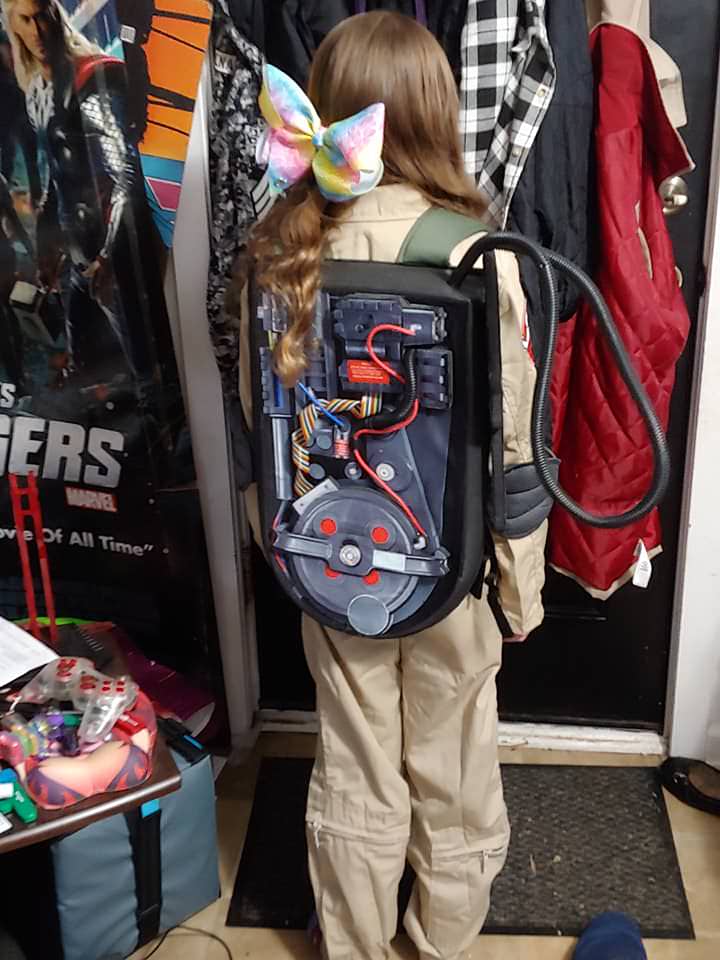 Her with my pack 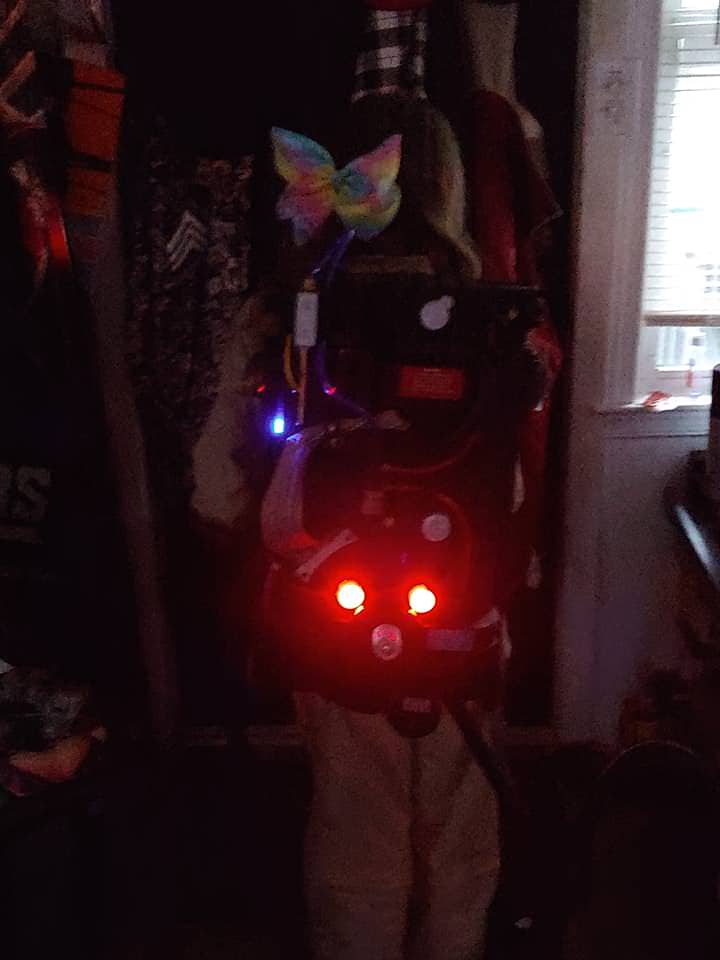 By vipertv -  November 22nd, 2018, 7:35 am - Posts: 59
-  November 22nd, 2018, 7:35 am #4910985
I ordered this a few weeks ago and after it arrived, I was pumped about having a suit A) that the wife would be able to wear (with modded spirit pack) alongside me, and B) a suit that I could use on occasions where I'd need a lighter suit. I was sadly disappointed that the XL was severely undersized... I'm a 38 inch waist and couldn't even begin to start to zip it up! I honestly feel like it was mislabeled from the manufacturer, so I ended up returning it for a set of knock-off BTTF2 Nike Mags that I plan to add the swoosh and NIKE/MAG logos to as a display piece next to my Matty hoverboard... Unfortunately, I lost my 20% off when I returned the GB costume.

Has anyone else had any issues with this costume being incorrectly sized?
STL

and I found my suit to possibly be ever so slightly baggy on me. Maybe the wrong tag was added to the suit of the wrong size in your case?
What would Ryan do?

After the shoes come in, and I've got some extra funds, I will contact them directly and have them verify the measurements of the actual suit prior to shipping.
STL

Reply
Return to “Ghostbusters News”
29 May

Yeah I noticed that too. Are you trying to find Sl[…]

So I figured out why they cast that piece in frost[…]