He Probably would have gotten more than $1000 but due to the backlash he received after he originally tried to sell it as a screen used 1984 Proton Pack worn by Bill Murray, I'm sure he was glad just glad to get rid of it.

In his original description he stated he found it in a storage unit. 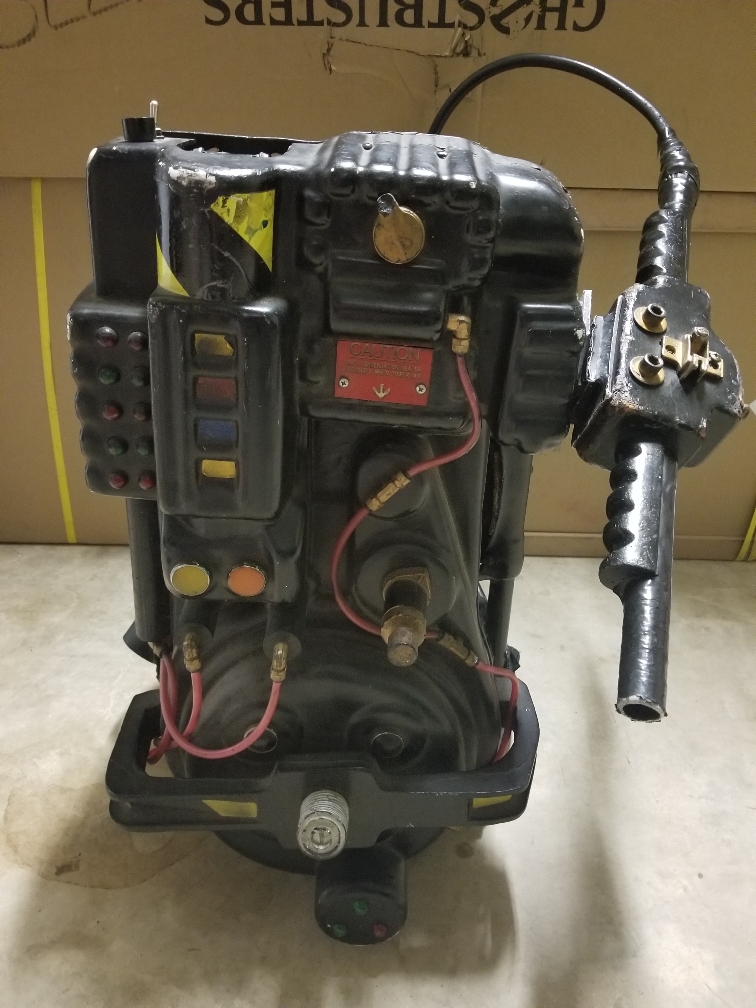 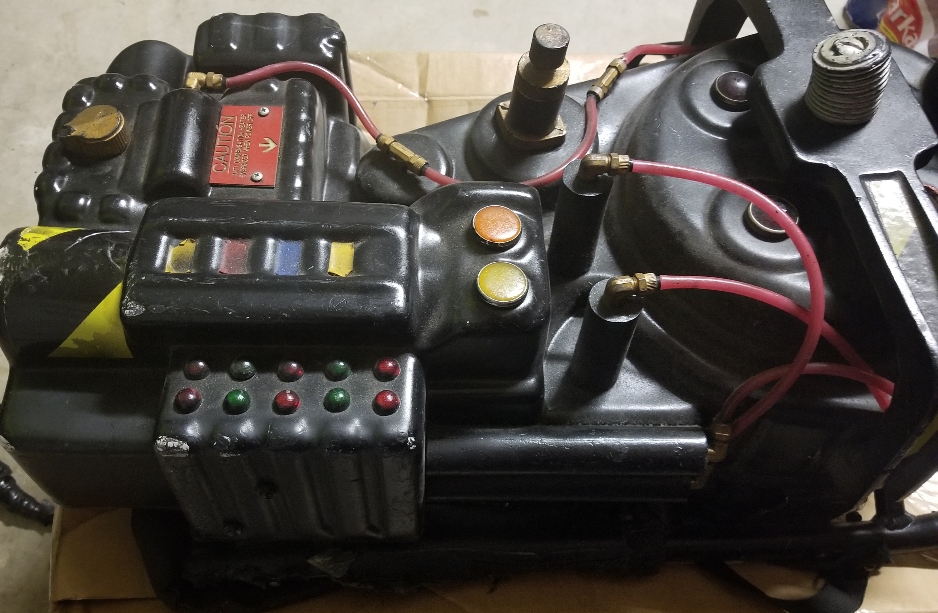 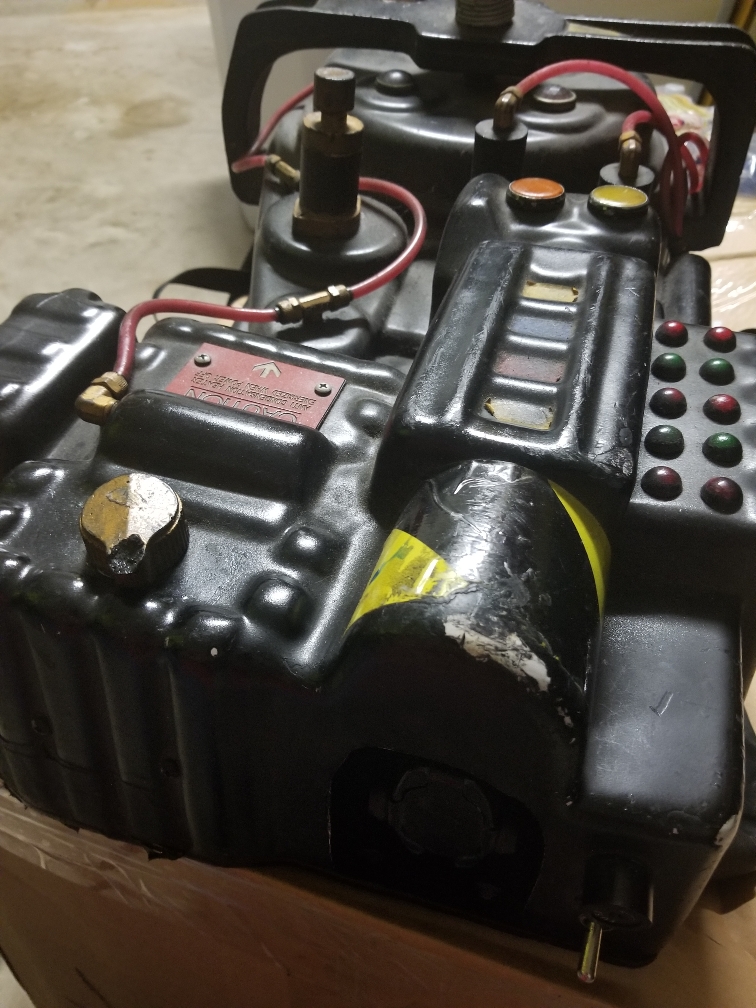 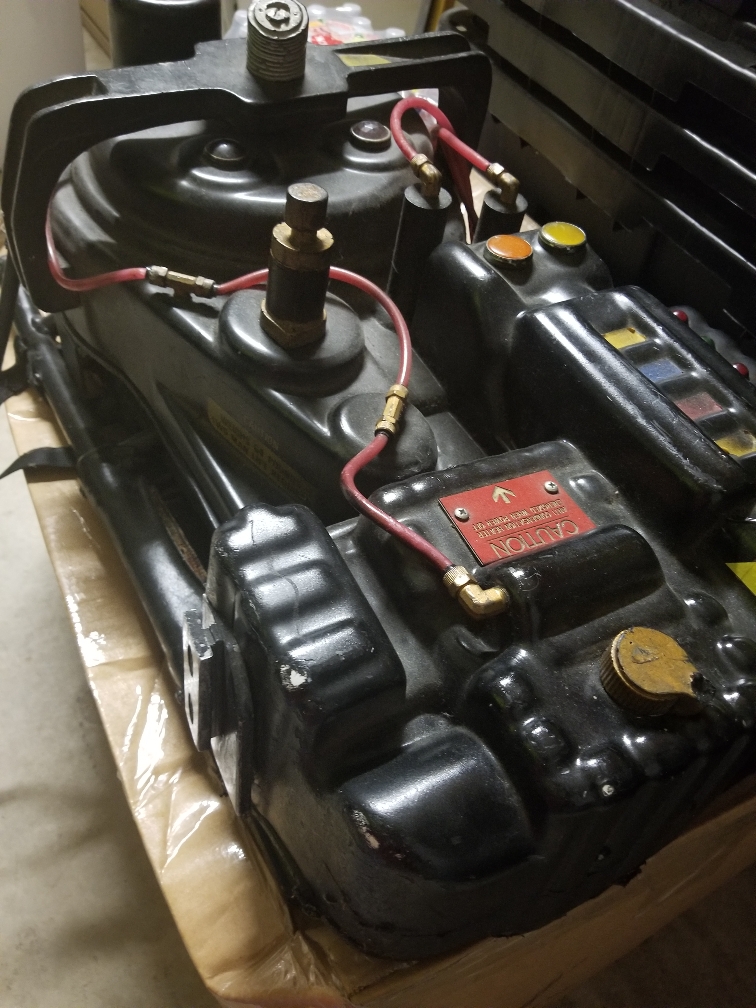 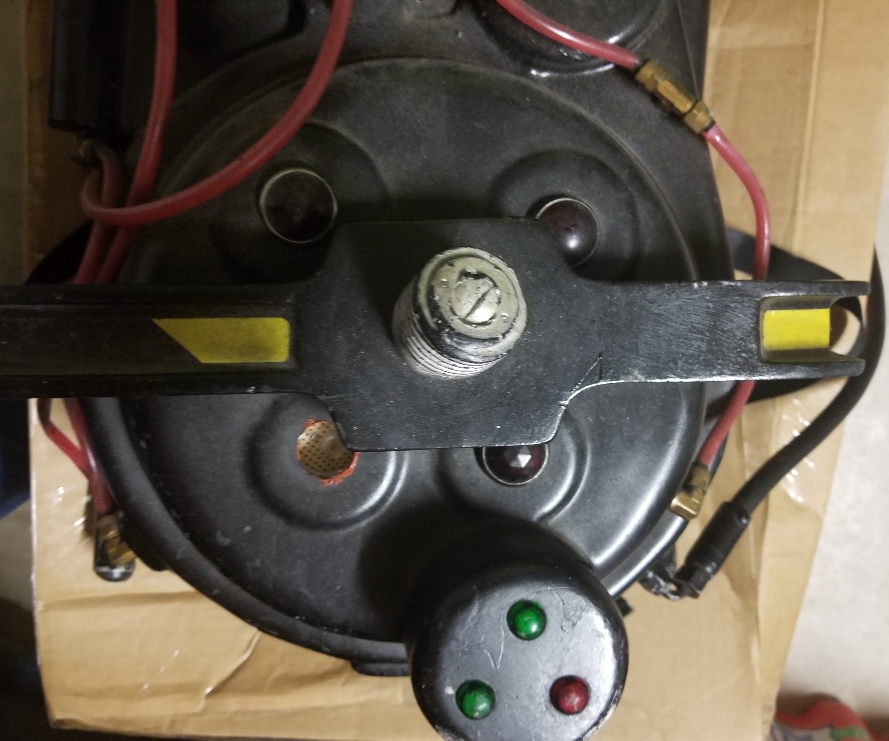 Coover5, Kingpin, Glenn Frederick and 2 others liked this

It may be a poor cousin of the originals, but it's still a part of franchise history for a couple of reasons.

It'll be interesting to see if her electronics still work.
What would Ryan do? 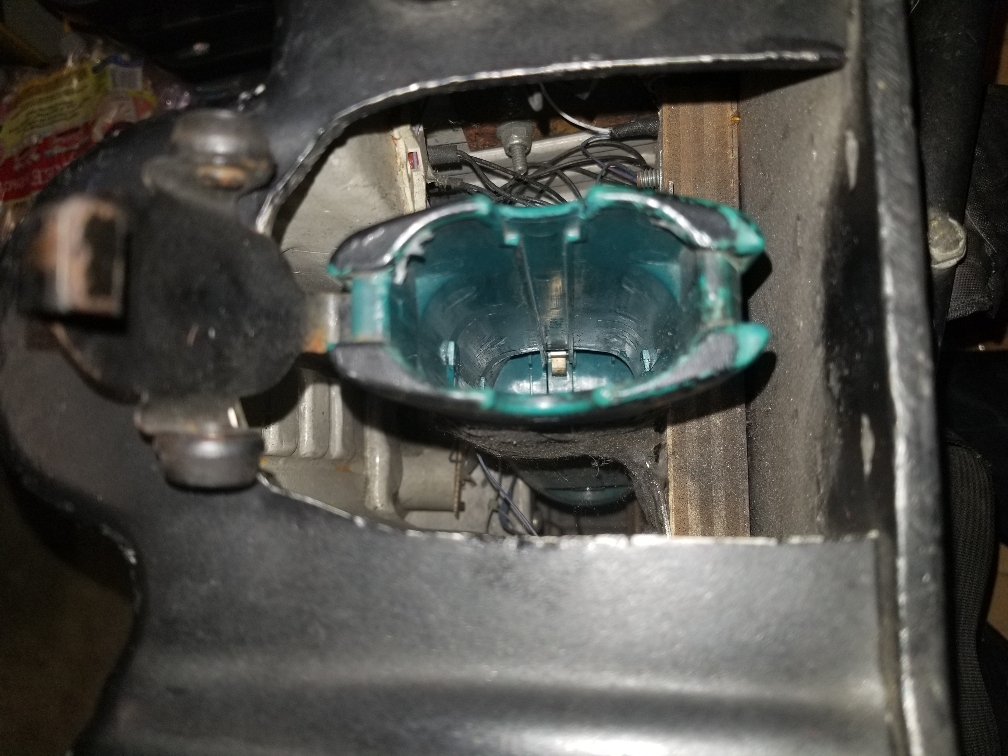 Wow... saw this thing as kid some 30 years ago... back then I thought it was the real thing! But looking at these pictures now it's like learning your childhood hero was a fraud. Still, the amount of abuse these packs had to take every single day likely necessitated a lot of the design decisions like a solid wooden block for the wand and all the parts hard molded into the frame.

The wand cable is super rigid. I've accidentally dropped the wand 3 or 4 times messing with the pack. I cant imagine the hundreds of times it was knocked off its v hook during its heyday. 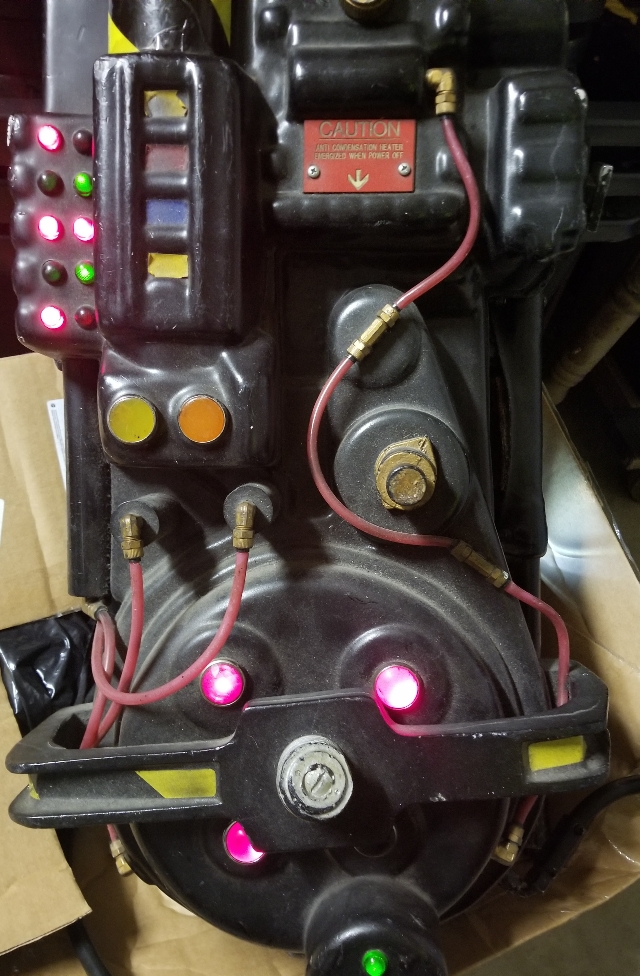 twmedford23, Kingpin, Coover5 and 3 others liked this

Was the missing cyclotron lense inside the Pack somewhere?
What would Ryan do?

Was the missing cyclotron lense inside the Pack somewhere?

Yep. It was a great surprise.
Kingpin liked this

Do the lights stay on constant or flash ?

What is up with that bumper, looks like a normal one more or less, but were it attached to the pack it curves in, that's super weird, is that a found piece they used, or something they molded up just for these packs?

Alot of mold lines. I think it was a sculpted piece that was replicated.

By Mat -  March 30th, 2020, 6:17 pm - Posts: 788
-  March 30th, 2020, 6:17 pm #4933075
So awesome in it's own unique way! Even more awesome is that a part of the history of the franchise landed into the hands of a collector willing to share pictures of the universal pack with us! If the earlier versions are anything to go by you can definitely tell as the show went on they were made to be more blinky but at the same time simplified to more than likely be easier to wear and be more durable!

Thanks for sharing! ^_^
If you can read this, you don't need glasses.
Pack Build
Uniform

That's it. 2020 is completely cancelled for me.