By iamroguesniper -  August 2nd, 2020, 8:22 am
-  August 2nd, 2020, 8:22 am#4937711
So I've acquired 4 of the new walmart trap and was going to do the standard part and paint when I decided to make the inside look the part, 1980s-ish and science like. So I dusted off the 3D printer and tinkercad and got to work. Sothe trap contains Electromagnetic Field Generators and a Laser Containment Grid.

Step 1 Lighting
I went with 1W LEDs, lenses, and heatsinks. Add some multicolor twisted wire for effect and I'm getting there. 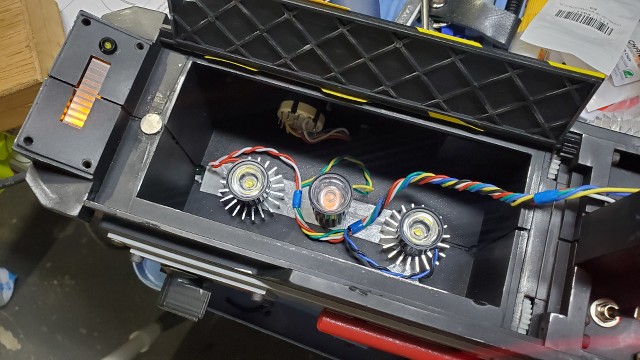 In the movie the trap has a white and pink/purple glow. I used 2 white LEDs as the "capture streams" to draw in the ghost and a full spectrum LED as the "containment grid". The not real but sounds sciencey thinking is the 2 EMFGs pull the ghost with equal force between them into the center where the laser containment grid is. As the LCG is higher than the EMFGs, the ghost is forced by the EMF into the grid.

Step 2 Electromagnetic Field Generators
Wrap wire around a nail, add power and boom, magnetism! I designed large coils to go around the heatsinks to look the part. Then I had to design a base to hold it all. The base is EM hardened to contain the field. That base turned into the bottom of a box that will fit into the cartridge part of the trap. The box will be made with plastic mirrors to help reflect the light and guide the EMF. Sounds good to me. 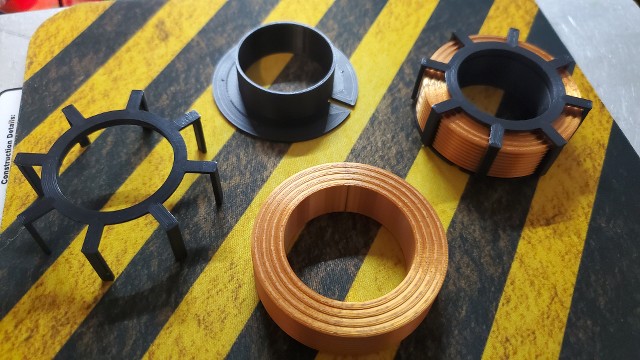 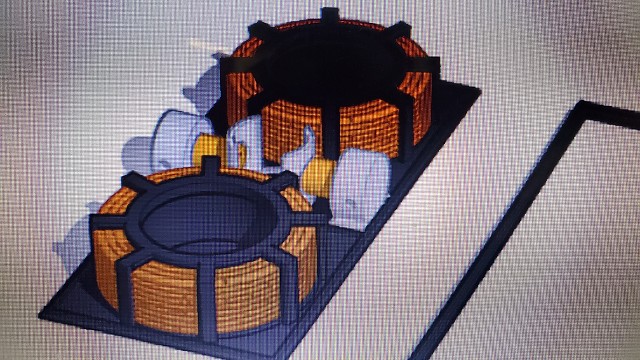 Going to add red leds for the lasers. Should make the laser collector glow. Gotta figure out how to cram all the wiring in now.
Stay tuned! More to come.
mike_waclo, cristovalc liked this

I was a bit worried of the rivets bursting the[…]

Apparently he was a dick to Burton the whole time […]